Accessibility links
With 'Mary And The Witch's Flower,' A Studio Ghibli Offshoot Blooms Director Hiromasa Yonebayashi, a Ghibli veteran, has made an animated film that owes a great deal to his influences yet displays skill and imagination all its own.

With 'Mary And The Witch's Flower,' A Studio Ghibli Offshoot Blooms

With 'Mary And The Witch's Flower,' A Studio Ghibli Offshoot Blooms 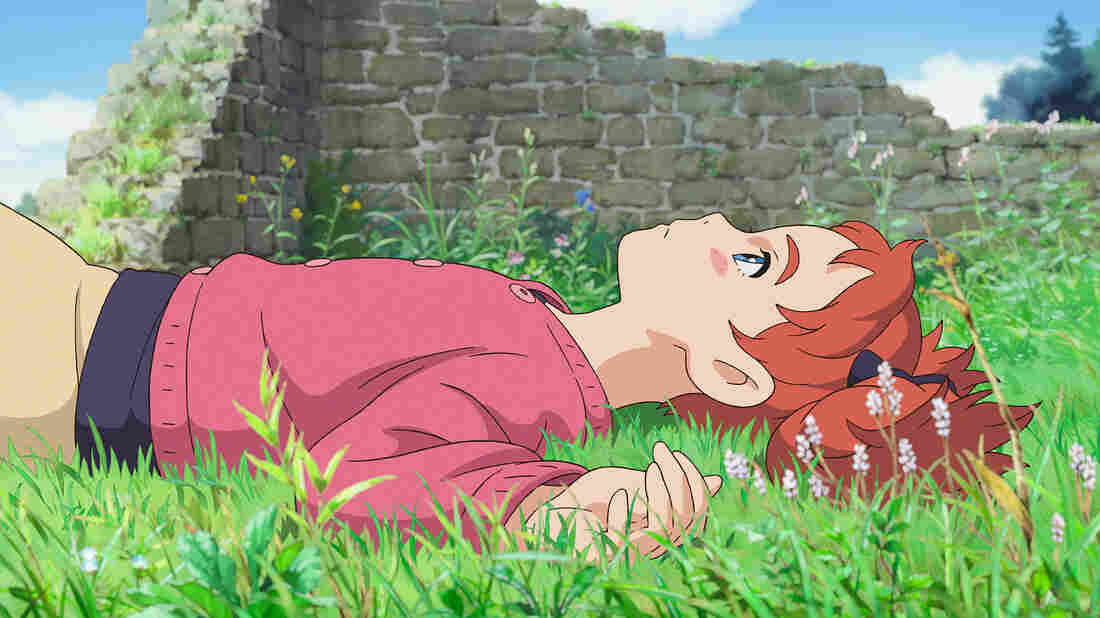 Splendid in the Grass: A young girl (voiced by Ruby Barnhill) pines for adventure in Mary and the Witch's Flower. GKIDS hide caption 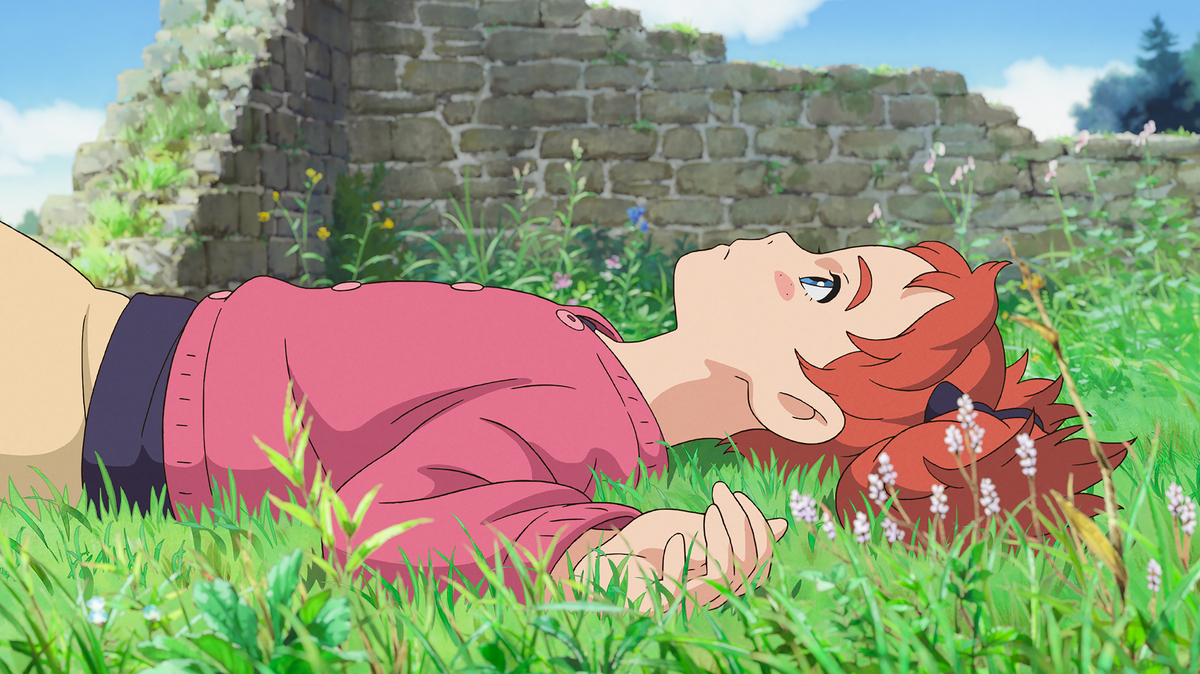 Splendid in the Grass: A young girl (voiced by Ruby Barnhill) pines for adventure in Mary and the Witch's Flower.

To animation junkies, Studio Ghibli is a rare flower: No other practitioners of the craft in the last four decades have produced as many works of visual beauty and narrative complexity as the Japanese dream factory ... heck, the grinning cat-bus alone in 1988's My Neighbor Totoro displayed more wit and imagination than most American cartoons since. When Ghibli's 2014 announcement that it would cease to make new movies turned out to only be a temporary hiatus, you could hear legions of fans clutching their Totoro dolls breathe a sigh of relief.

But maybe we don't need the hallowed flower to bloom in perpetuity, after all. A new feature from some of Ghibli's alumni is compelling evidence that the studio might be cultivating fertile soil where other magical species can grow.

Mary and The Witch's Flower is the inaugural effort from Studio Ponoc, a new picturehouse founded by director Hiromasa Yonebayashi with clear aims to bring Ghibli's strident work ethic and devotion to the hand-drawn craft into a new generation of animators. And as a first film it shows tremendous promise, even if the movie exists so obviously at the mercy of its influences, and Yonebayashi at his. An animator on Spirited Away, Howl's Moving Castle and Ponyo, Yonebayashi transitioned to the director's chair on The Secret World of Arrietty and When Marnie Was There. The latter was a marvel, patient and sad like a lullaby, with marshes rustling and ducks flapping as a girl discovered herself in an uncertain dreamspace. Mary is more of a checklist endeavor: spunky heroine messing with magic; a narrative steeped in folklore; cute animal sidekick; lushly animated action sequences. There's less to fill in the margins than with the more robust masterpieces, but really, with standards like this, who's going to complain?

Although Mary (voiced in the English dub by The BFG's Ruby Barnhill) doesn't appear to possess any innate magic powers, she probably wouldn't mind some. At the film's outset she has just moved to her great-aunt's house in the countryside and is bored stiff waiting for school to start. Eager to please yet full of too much energy, Mary leaves wreckage in every household chore she attempts (in a melancholy moment, she tries to help the gardening but accidentally rips a carefully cultivated blossom from its stem). She seems to be bursting to escape country life, and by extension the film's leisurely paced first half, when an escape ticket arrives in the form of a rare flower she finds blooming in a dark, secluded corner of the woods. Its oils rub off on Mary's hands, and suddenly she can fly a broom, cast spells, and journey away to a steampunk witch's academy in the sky. All the things she hated about herself before, particularly her bright, frizzy red hair that looks like a firecracker, become an asset in the magic world.

It's a curse of these movies that they can create such careful, intricate fantasy realms and then spend all of a few minutes exploring them. The academy sequence is filled with lovely and all-too-brief asides about how the little witches eat lunch, attend classes, and harness their powers, but no sooner is Mary introduced to this heavenly life than she finds herself at odds with headmistress Madam Mumblechook (Kate Winslet doing a pretty good impression of Spirited Away's Yubaba) and scheming chemistry professor Doctor Dee (Jim Broadbent). Though initially pegged as a magic prodigy, Mary is soon outed as a beneficiary of the flower, a power source that the school faculty is desperate to get their hands on in order to perform "transformation experiments" on a veritable Noah's Ark of doomed animals. The biggest throughline of Ghibli and Ponoc is humanity's continued destruction of nature.

Based on Mary Stewart's fantasy novel The Little Broomstick, the film's framework seems designed to appeal to the Harry Potter crowd but cleverly subverts the magic-school formula early on. Mary didn't gain her abilities from her teachers, doesn't need their approval, and in fact soon finds she's working against them. There is some family lore involved, and a cute neighborhood boy (Louis Ashbourne Serkis). But mostly Mary's story, like Kiki's before her, becomes one of self-actualization, of learning you don't need special powers to do special things.

Watch especially how well this film develops its two nonverbal characters: a black cat who becomes Mary's familiar, and a broomstick that comes alive as her faithful mode of transport. The cat is surly, flippant, yet clearly on a mission; the broom is just as buoyant and eager as its new owner. We learn about them through how precisely their movements are rendered, how much care Yonebayashi and his team have taken in every shake of the tail and the thistles. This is what the legions of Ghibli faithful mean when they talk about craft and why so few others in animation — an increasingly lazy, corporatized genre of computer-rendered toys — seem to possess it. We are lucky that such a devotion to the medium will continue in some form, so that all the young witches of the future will have a place to call home.