Segall is a scholar of rock, and 'Freedom's Goblin' might as well be his PhD thesis.

Note: NPR's First Listen audio comes down after the album is released. However, you can still listen with the Apple Music playlist at the bottom of the page. 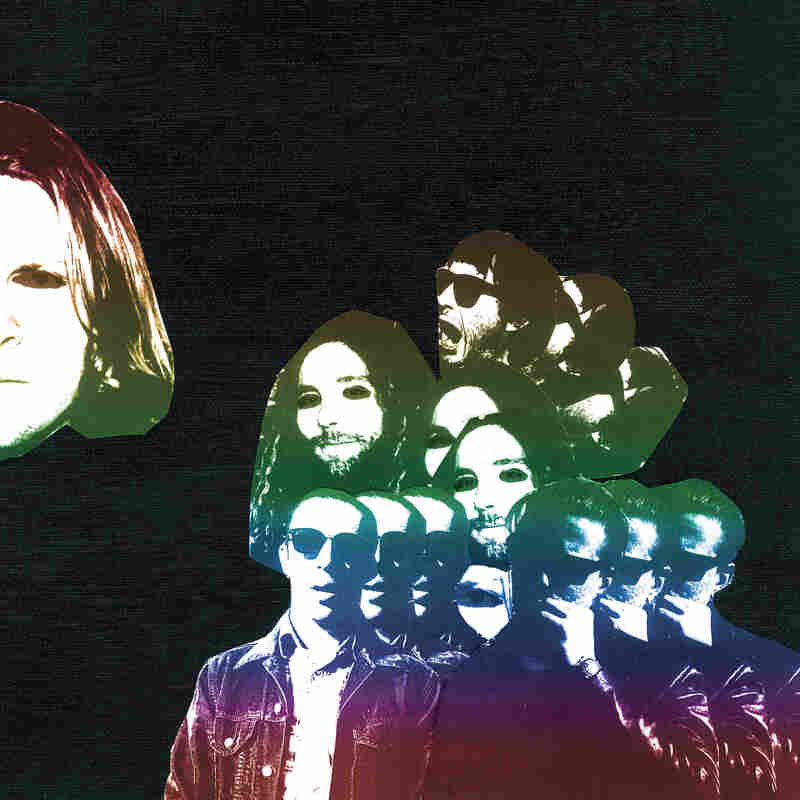 "This song's about my dog, Fanny." So says Ty Segall with a boyish grin at the start of his recent appearance on Conan. As promised, the song he performs, "Fanny Dog," is about his beloved pet. "Fanny knows what her name is," Segall sings with ragged glee as his band grinds and squeals its way through an eruption of heavy, solo-smeared garage rock. Segall's homespun voice bears a resemblance to The Band, and the name Fanny doesn't hurt that association, conjuring as it does the memory of The Band's "The Weight" and its refrain of "Take a load off, Fanny." But on Freedom's Goblin — Segall's new album, and the one on which "Fanny Dog" appears — Segall does more than pay his typically spirited homage to punk, psychedelia and classic rock. He lets his retroactive passion sprawl like it's never sprawled before.

Freedom's Goblin is a double album clocking in at 19 songs, and Segall doesn't waste a moment of it. Even during the multi-guitar meltdown on the studio version of "Fanny Dog," he and his Freedom Band keep their explosive energy on a short leash, never letting their incendiary jams overstay their welcome. It's bracing, and it's just the beginning. On "Rain," Segall withdraws to deliver a swirling, piano-based, Beatles-leaning ballad (while the song shares a name with The Beatles' "Rain," it's not a cover). Even then, the song's druggy, flowery doom doesn't feel indulgent, but instead shows off Segall's immaculate pop craftsmanship. He does deliver a cover song in the form of "Every 1's A Winner," a rendition of Hot Chocolate's 1978 disco hit. Like the original, Segall's version is carried by a fuzz-caked guitar riff — only here it's boiled down to a raucous funk workout.

From there, the album ranges even farther. The monolithic chords of "Alta" heave and dissolve like Crazy Horse run through a woodchipper, even as Segall installs one of his most gorgeous melodies over it. "The Last Waltz" —undoubtedly another tip of the hat to The Band — is indeed a waltz, and its stammering, barrelhouse weirdness evokes a disjointed past that never happened, awash in morbid visions of a romantic reunion in death. More danceable, "The Main Pretender" is a slinky, boogie-fueled come-on packed with horns and hooks, and it bears traces of Marc Bolan of the legendary glam group T. Rex, one of Segall's main inspirations. Segall is, after all, the guy who recorded a series of Marc Bolan tributes titled Ty Rex. That influence is even stronger on "My Lady's On Fire," an otherworldly acoustic tune that taps into Bolan's early work in the trippy folk combo Tyrannosaurs Rex.

Segall is a scholar of rock, and Freedom's Goblin might as well be his PhD thesis. No riff is left unturned in his quest to exhume the glory and grandeur of rock 'n' roll's past, even as he translates that primal, guitar-slinging force into intimate, at times even poignant monologues about life, love, truth, fun and fantasy. Still, he throws any and all mature out the window on "Meaning," the album's most furious cut. Distorted beyond the point of comprehensibility, the song rages like a hardcore hurricane. Amid that howl, guest vocalist Denée Segall — Segall's wife and a member of the punk band Vial — screams "I see fear in freedom!" With Freedom's Goblin, though, Ty Segall has harnessed that fear, laughed in its face, and turned it into something ferocious.