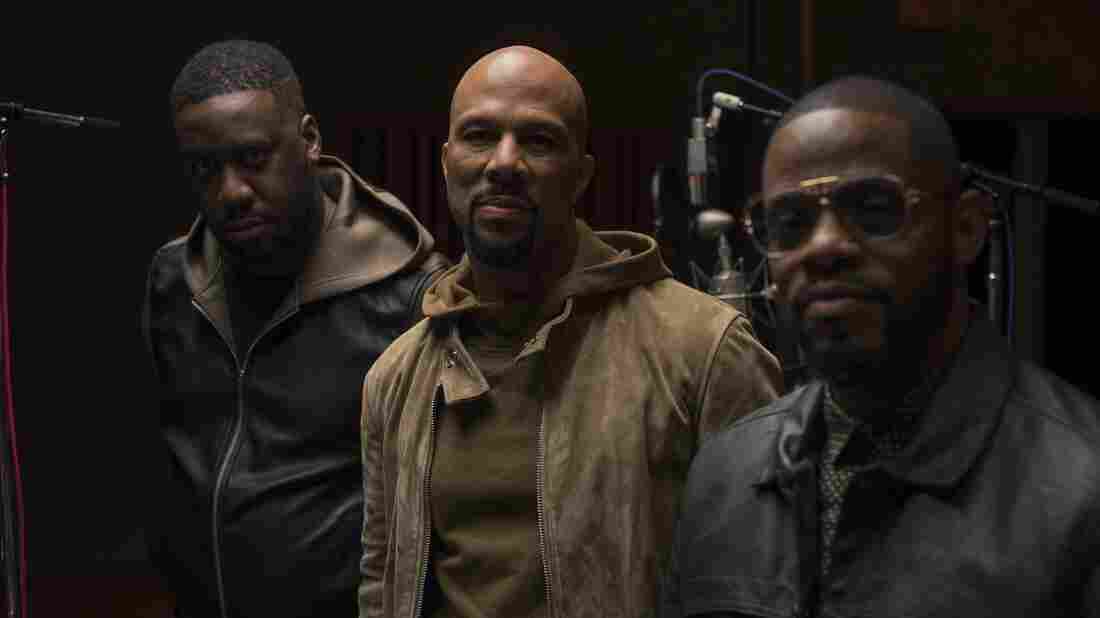 Robert Glasper, Common and Karriem Riggins will release their debut album as August Greene this March. B+/Courtesy of the artist hide caption

toggle caption
B+/Courtesy of the artist 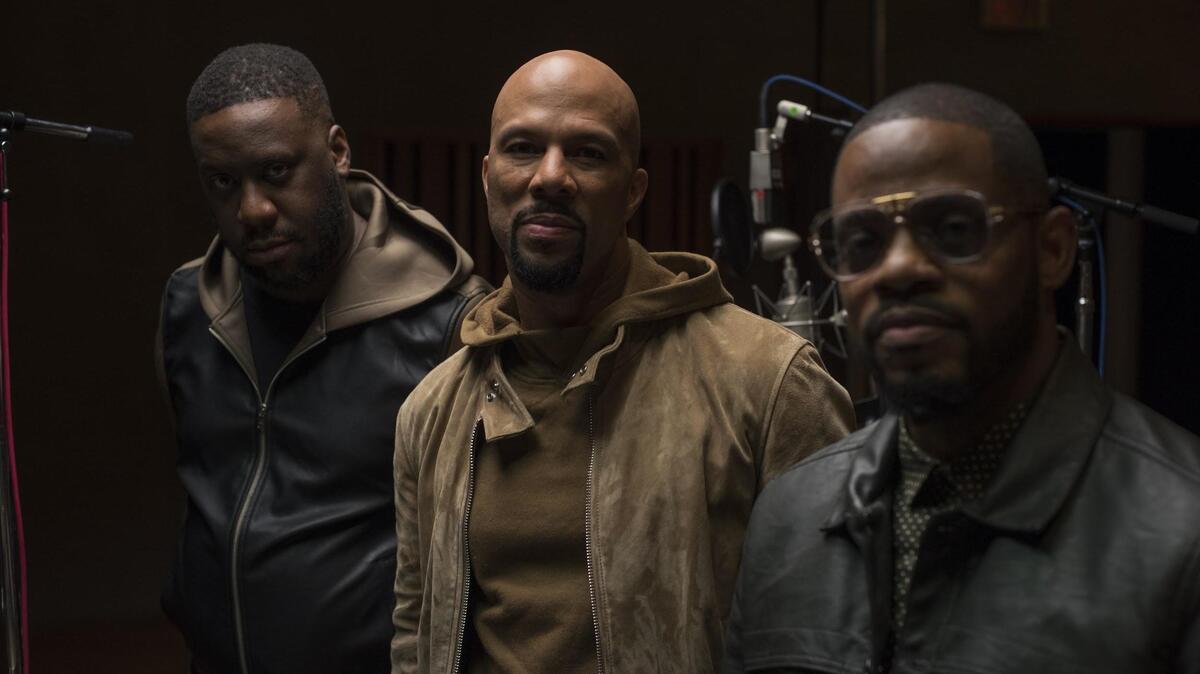 Robert Glasper, Common and Karriem Riggins will release their debut album as August Greene this March.

Looking back on Common's gripping Tiny Desk performance at the White House in 2016, I recall a couple of prophetic moments. The first was that the rapper confessed his desire for an Emmy Award while fixated on Bob Boilen's trophy on the desk in front of him. Months after that confession, he would win his first Emmy for his performance of the song "Letter To The Free." The second moment was that pianist Robert Glasper and drummer Karriem Riggins, both of whom produced "Letter,"closed the performance by sneaking in a small J Dilla tribute. They locked eyes and laughed as if there was some sort of revelation. As I stood in the White House Library, I remember thinking to myself, 'They should form a group.'

This year, they've officially become an item by the name of August Greene.

"August Greene actually formed before we chose a name, before we even knew it was a band," Common tells NPR. "Karriem, Rob and I go back many years. It was something natural."

For their first offering, the trio recruited the vocal bible herself, Brandy, to revamp 1991's "Optimistic" by Sounds of Blackness. It's most certainly a heavy duty for one person to play the role of a 40-member choir, but if anyone is up for the task, it's Brandy. Her voice has aged like the finest of wines, layering harmonies all over Glasper's signature keys and Riggin's rapid drums. This iteration of "Optimistic" hauls more live instrumentation while staying true to what Jimmy Jam and Terry Lewis originally orchestrated. Common's bars serve as the proverbial cherry on top while a choir lends a hand to close the jam out.

Glasper had previously teased that he was back in the studio with Brandy following their work on his 2013 album, Black Radio 2, but this was not what I expected. "Optimistic" will definitely come in handy to recharge our personal batteries in 2018.

August Greene's self-titled debut album will be available March 9 as an Amazon Original.