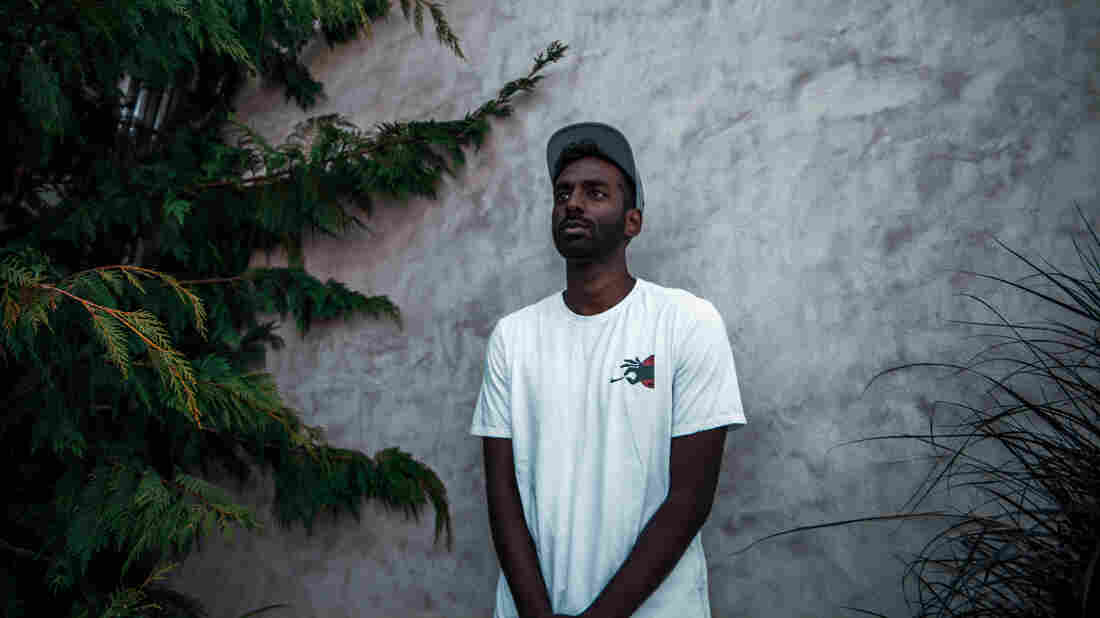 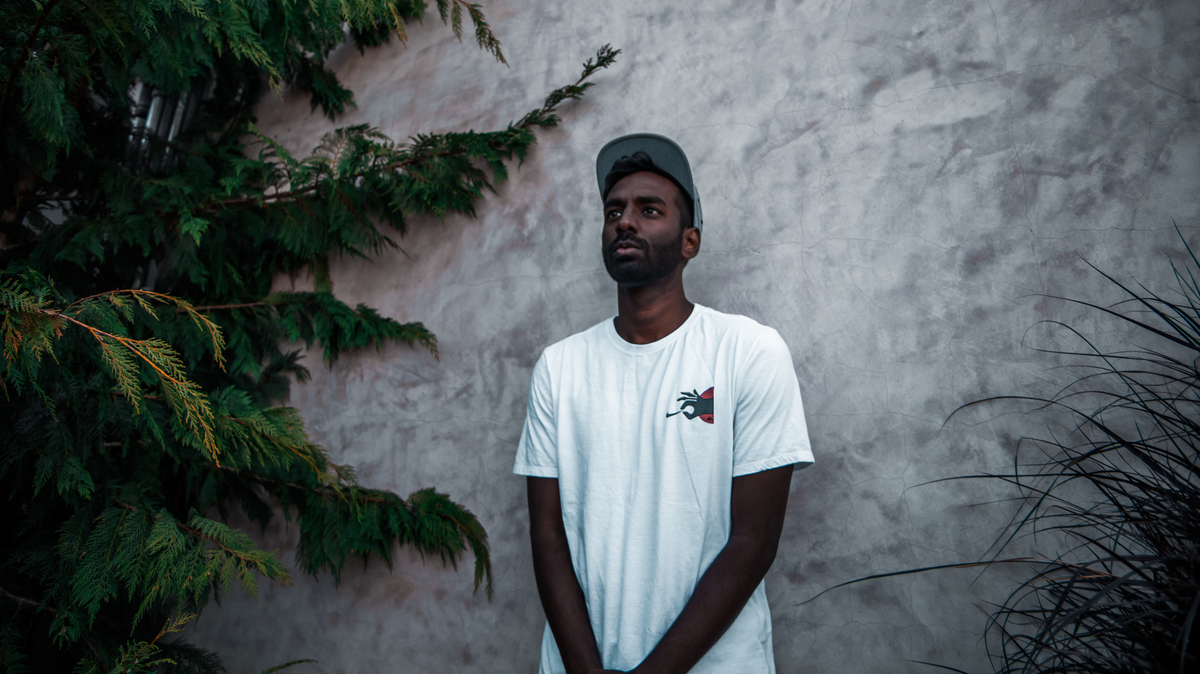 Jonathan Swecker/Courtesy of the artist

Sometimes the things we do to escape our pain end up sinking us into deeper depths. It's a cycle of desperation all too familiar to Abhi the Nomad.

"Binge and drink again, smile and pretend again / Ladies and gentlemen, welcome to rock bottom," the rapper/singer intonates on "Marbled." The song serves as a mixed metaphor of sorts, with Abhi narrating the life of a loner whose stage name is not just for show.

Born in Madras, India, he grew up shuttled back and forth between Beijing, Hong Kong and New Delhi, India, before a student visa landed him in Southern California several years ago. Throughout his journeys, he kept music close. "I was a 13-year-old victim of the nu-metal era and the pop-punk wash-out. So, as a result, Linkin Park and Blink-182 were two of my favorite bands back then," he tells NPR. "But years later I grew up, became less angsty and found Kanye West. Ye got me into hip-hop, and Jay kept me coming back." His forthcoming album, Marbled, features his hybrid sound of rap and melodic pop musings.

The title track finds him navigating a never-ending loop between what he describes as "isolation, addiction and constant change." Delivered over a bouncy beat, he masks his moody truths behind synth stabs and muted trumpet riffs that echo his penchant for late-night party binges. In the end, the track exposes Abhi's masquerade, descending into a sweet, blues-inspired breakdown. The way he dances melodically between the rhythms, it's easy to forget the song is essentially an immigrant's tale of loss.

"All my past vices that I've dealt with come and go like the friends and connections I've left behind in various parts of the world," he says. "But these experiences define us — they make us who we are, and even the things we regret need to be celebrated in order to remind us how far we've come. Hence, we're textured beings, and that's what I was trying to show through this song and the album as a whole."

For Abhi the Nomad, America's political deadlock over immigration reform is more than academic. He was forced to leave the United States — along with his girlfriend and a burgeoning future in music — after failing to secure an H1-B visa in 2016. While in France, he continued to grow his SoundCloud following, eventually signing a deal with iconic hip-hop label Tommy Boy Entertainment.

Since then, he's returned stateside on another student visa, attending community college in Austin, Texas, with the hope of pursuing an MFA in graphics or 2D animation. But his best hope for staying put, in the nation where he's on the verge of realizing his music dreams, would be scoring a notoriously rare talent visa. In a sense, he's singing to create a future that might reconcile the struggles of his marbled past.

"I'm smack dab right in the middle of it," Abhi says, regarding America's ongoing debate around immigration policy. "Honestly, I think that America has always needed a common enemy to unite, and I think a lot of people are trying to make immigrants the scapegoat. I don't even understand the logic, it's truly baffling. That being said, it's been impossible for me to migrate here regardless of who the president has been. This isn't just a problem right now, it's a grand awakening to a problem that's always been here."