Accessibility links
Before 'Roe v. Wade,' The Women of 'Jane' Provided Abortions For The Women Of Chicago In 1965, a group known as Jane began connecting pregnant women in Chicago with doctors willing to perform abortions. Jane members later learned to perform the procedure, making it more accessible. 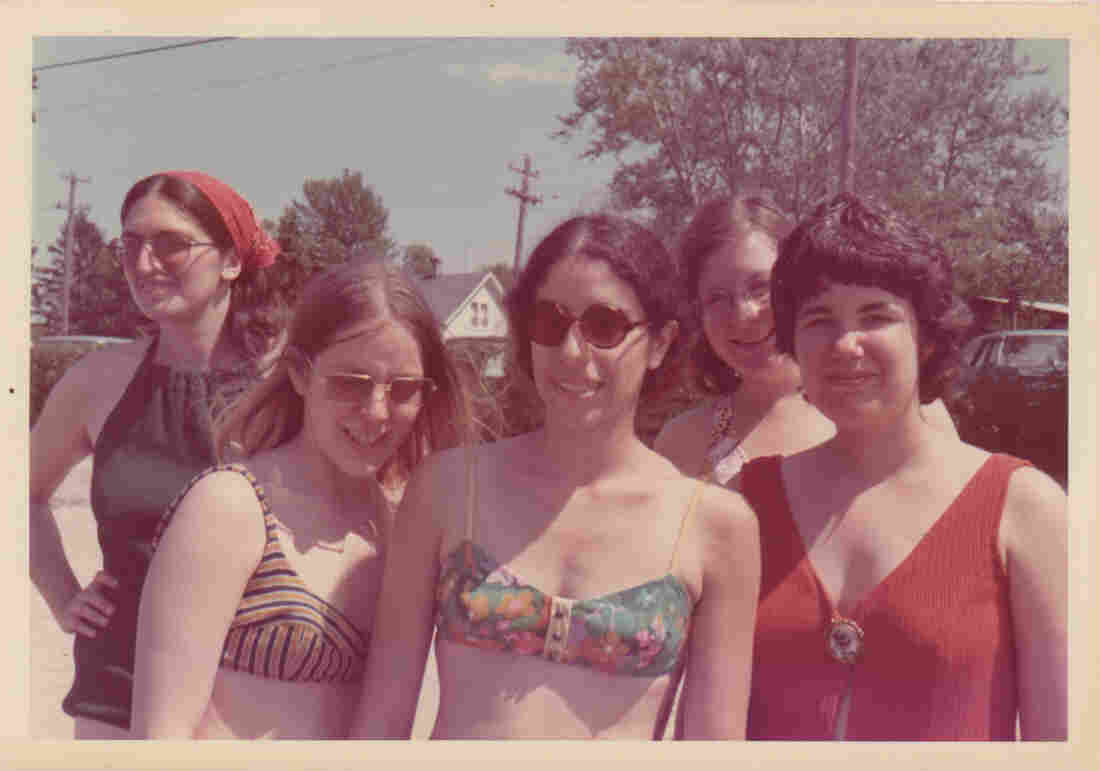 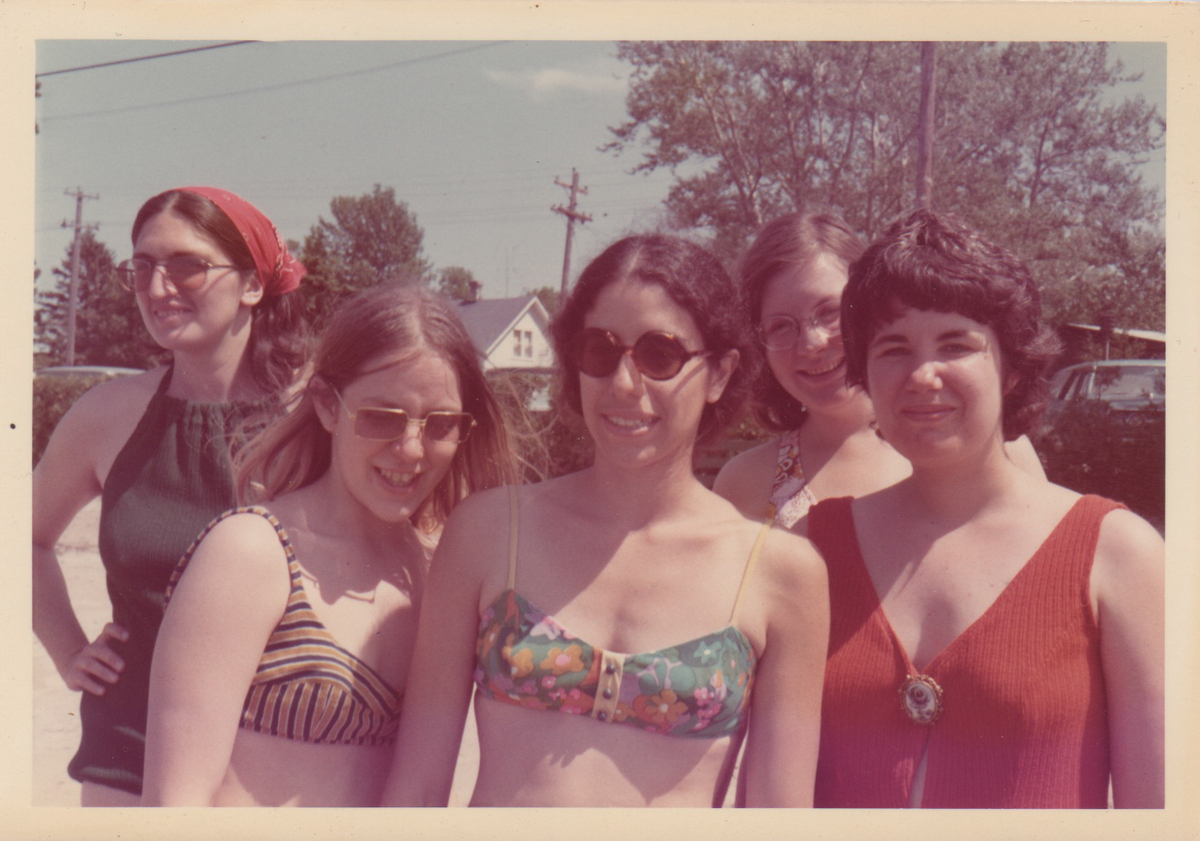 Formed in 1965, Jane was an underground network in Chicago that counseled and helped women who wanted to have abortions. (From left) Martha Scott, Jeanne Galatzer-Levy, Abby Parisers, Sheila Smith and Madeline Schwenk were among the seven members of Jane arrested in 1972.

In 1971, Winnette Willis was a 23-year-old single mom in Chicago when she became pregnant again. "I was terrified of having another child," she tells Radio Diaries.

Before the Supreme Court's decision in Roe v. Wade 45 years ago, abortion was illegal in most of the United States, including in Illinois.

Women like Willis who wanted to terminate their pregnancies had limited and often frightening options. She wasn't sure what to do. And then one day, while she was waiting on an L train platform, she saw a sign.

"The sign said, 'Pregnant? Don't Want to Be? Call Jane.' And a phone number," Willis remembers. "So, I called."

"If you really care about something, you have to act on it"

"Jane" was an underground network in Chicago that counseled and helped women who wanted to have abortions. The service was launched in 1965 by Heather Booth, then a 19-year-old student at the University of Chicago. Her friend's sister was pregnant and desperately wanted an abortion. Booth found a doctor who was willing to perform the procedure secretly.

At first, Jane connected women with doctors. But eventually, the group's members started performing abortions themselves. With time, Jane grew into an all-women network with dozens of members, ranging from students to housewives.

Martha Scott was 28 at the time and a stay-at-home mom with four children under the age of 5. She was motivated to join Jane because she felt women who wanted an abortion deserved to have a safe and inexpensive option. The fact that it was illegal did not deter her.

"I just thought, if you really care about something, you have to act on it," Scott says. 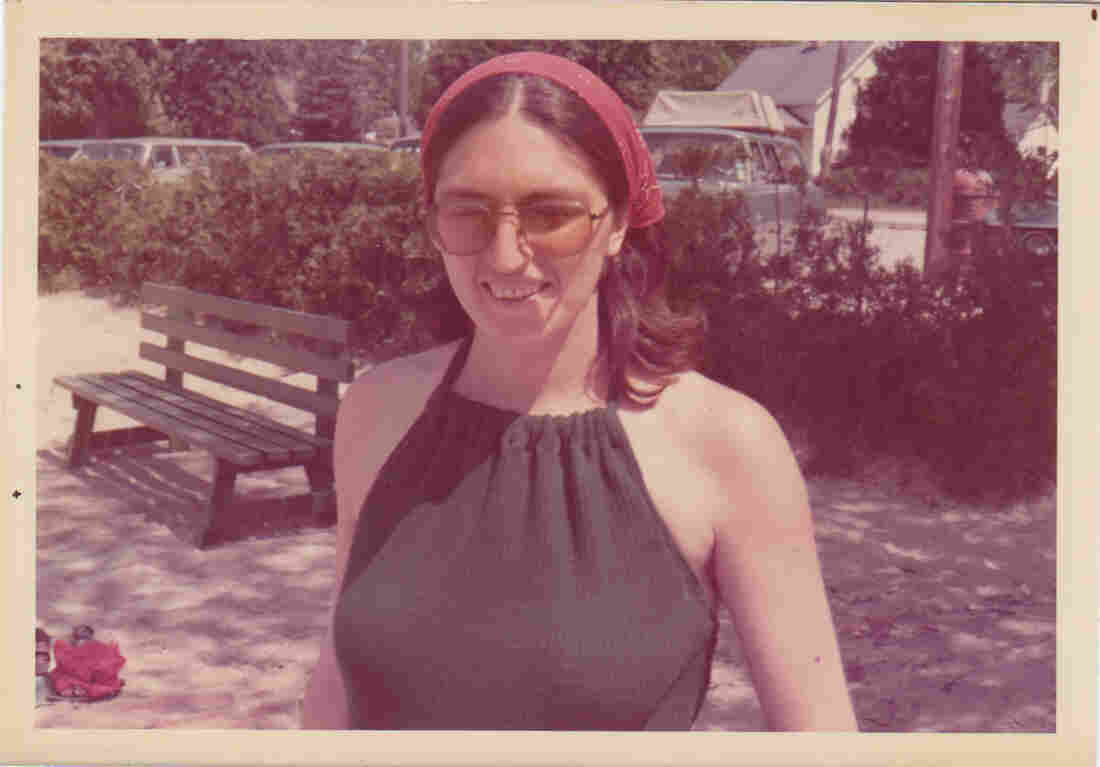 Martha Scott, a stay-at-home mom, joined Jane and learned to perform abortions. "It wasn't perfect, by any means," she says. "But we were dealing with women who really didn't have other options." Courtesy of Martha Scott hide caption 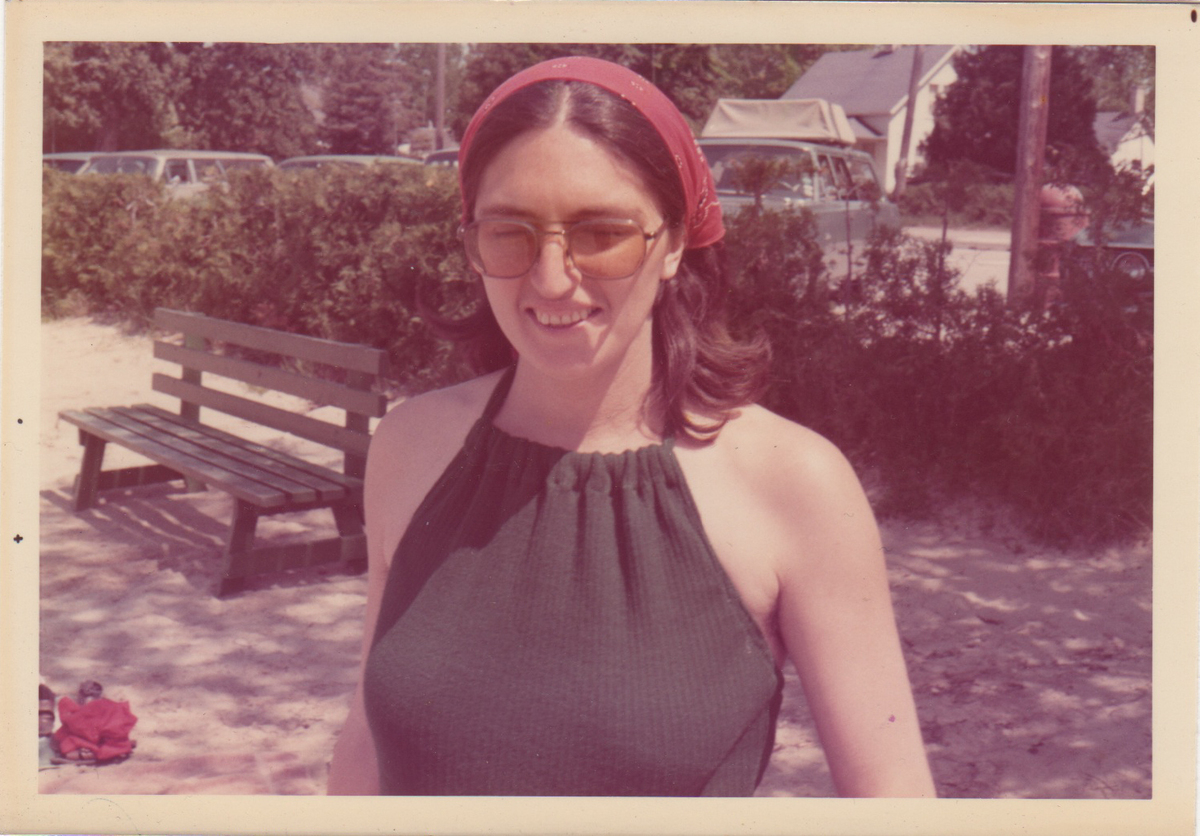 Martha Scott, a stay-at-home mom, joined Jane and learned to perform abortions. "It wasn't perfect, by any means," she says. "But we were dealing with women who really didn't have other options."

The dangers faced by women seeking abortions in the pre-Roe v. Wade era are well-documented. In 1930, abortion was listed as the official cause of death for almost 2,700 women in the United States, though there were likely many more unrecorded mortalities. After antibiotics were introduced in the 1940s, the number of women dying from illegal abortions dropped dramatically. However, every year, thousands of women continued to be admitted to hospitals nationwide for complications of illegal abortions.

The women of Jane ran a finely tuned operation. "It was very clandestine and secretive," according to Leslie J. Reagan, a professor of history at the University of Illinois Urbana-Champaign and the author of When Abortion Was a Crime.

When women called Jane, they would hear an answering machine message asking for their phone number, name and the date of their last period. A member of Jane would then call them back and set up a meeting to discuss the procedure.

"There were lots of points along the way where they could have said, 'No, I change my mind,' " says Scott. "I don't think anyone chooses to have an abortion lightly."

Jeanne Galatzer-Levy was 20 when she joined Jane.

"I hadn't had so much as a speeding ticket. But abortion really was the front line, it was where women were dying," she says. 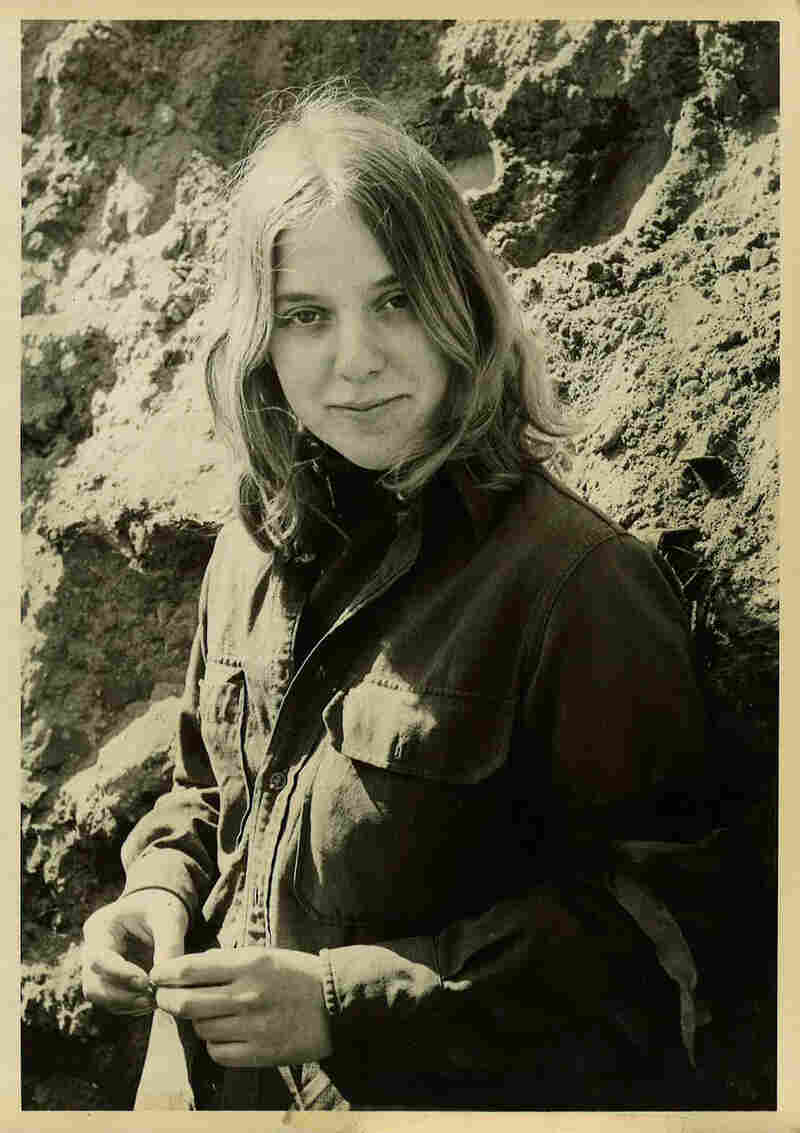 Jane rented apartments all over Chicago, two at a time. One was called "The Front." That was the address given to women such as Willis, where they would await the procedure. At the appointed time, the women were driven to a second location, where the abortion was performed.

"It felt very underground," Willis says. "But I remember looking at the people who performed the surgery, and I felt relief, that somebody was going to help me."

Jane wasn't the only abortion counseling service that existed in the United States. "The thing that made Jane so unique was that they decided they were going to take the practice of abortion into their own hands," says Reagan. "That was a stunning decision."

The women of Jane were transparent with their clients.

"We told them up front we were not doctors," says Galatzer-Levy.

When the women of Jane got trained to perform abortions themselves, it meant they could reduce the price of the procedure and reach a larger, and more diverse, population. Doctors often charged $500 to perform the procedure. Jane charged $100 but took whatever the clients could pay, Galatzer-Levy says. They used the money they got from their clients to pay for supplies, rent and other expenses.

At their peak, Jane was performing abortions four days a week and typically serving 10 women a day. Galatzer-Levy says that to the best of her knowledge, the group never turned anyone away.

Usually, they gave their clients a muscle contractor and an antibiotic before performing a dilation and curettage surgical procedure, in which the cervix is dilated and a medical instrument is inserted to remove tissue from the uterus.

"By and large, we were dealing with healthy women pregnancies," says Galatzer-Levy. "We were not qualified to deal with somebody with real medical problems."

Scott says she performed hundreds of abortions. It's a relatively simple procedure, but she acknowledges that there were risks to what they were doing. Some clients ended up in the emergency room; some had to undergo hysterectomies.

"You're messing around inside somebody else's body. It's not necessarily given that you won't do harm," Scott says. "It wasn't perfect, by any means. But we were dealing with women who really didn't have other options."

In the seven years Jane was active, the group performed approximately 11,000 first- and second-trimester abortions. No deaths were ever reported of women who had abortions through Jane.

Busted by the police

For years, Jane operated under the radar of the Chicago police. But in 1972, two Catholic women walked into a police station, reporting that their sister-in-law was planning to have an abortion.

"To them, 1) it was a sin, and 2) they didn't want a child killed. That's how they felt," says Ted O'Connor, the then-31-year-old homicide detective who was put on the case.

O'Connor and his partner tracked Jane to an apartment in Chicago's South Shore neighborhood. Scott vividly remembers when the police arrived.

"They came in and looked around and said, 'Where's the doctor?' Looking for the guy, but there wasn't any guy, there was just us," she says.

The policemen took all the women into custody, and they were charged with 11 counts of abortion and conspiracy to commit abortion. 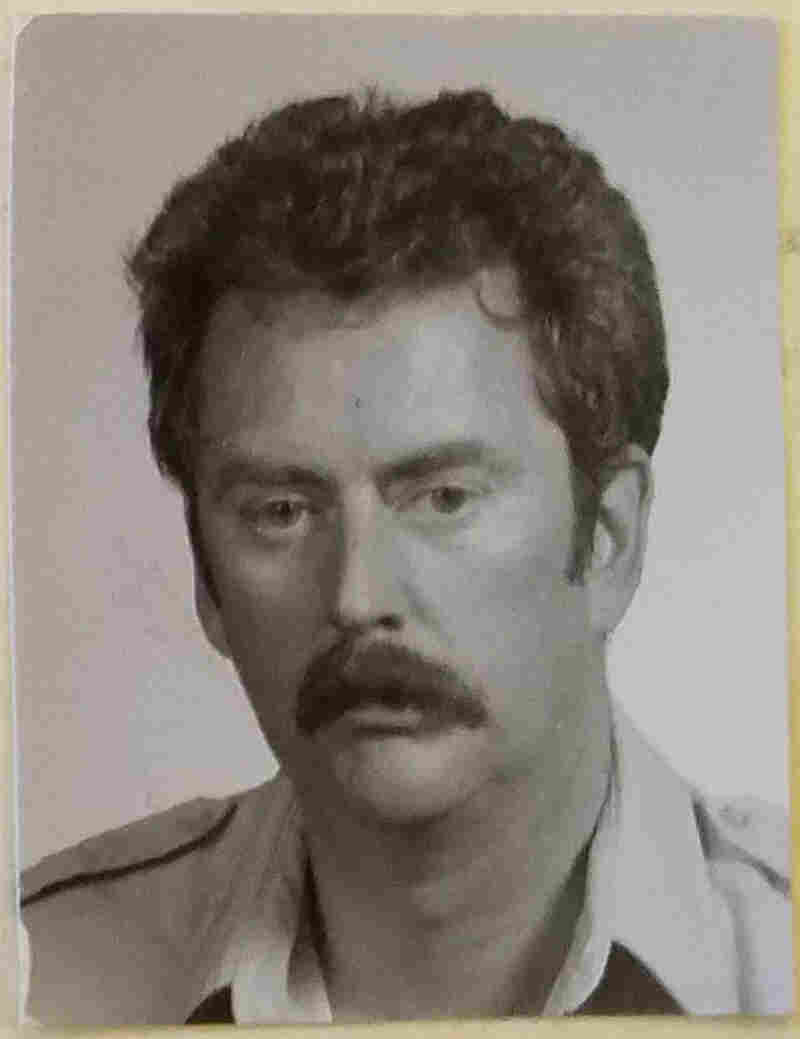 Ted O'Connor was a young homicide detective in Chicago sent to investigate Jane in 1972. He followed a client to an elegant apartment building in Chicago's South Shore neighborhood, near Lake Michigan, and ended up arresting seven members of Jane that day. Courtesy of Ted O'Connor hide caption

Looking back, O'Connor has no qualms about arresting the women, who were breaking the law. But he says he can see both sides of the issue.

"My side is I don't want to see a life destroyed. That life is helpless, it has no choice in this. And that angers me," he says. "On the other hand, I've never been pregnant. And never will be. It's a tough issue."

The arrests occurred while abortion laws were being debated on the national stage. Beginning in 1970, Alaska, Hawaii, New York and Washington repealed their anti-abortion laws.

Six months after Jane was busted, on Jan. 22, 1973, the U.S. Supreme Court legalized abortion in the United States with their decision in Roe v. Wade. The charges against Jane were dropped.

Ultimately, Roe vs. Wade brought an end to Jane because women then had access to legal abortion providers.

"Roe v. Wade made such an enormous difference. It was a very important victory. At that point, we all sort of scattered, moved onto other things," says Scott, who went on to work at a women's health clinic and remained an activist.

Abortion continues to be one of the most divisive issues in American life and politics.

"I mean, we really thought, the fact that it was legal, it wouldn't be as political anymore, that it would fade a lot as any kind of a social issue," she says. "But we were wrong. We were wrong."

Nellie Gilles of Radio Diaries, with Joe Richman and Sarah Kate Kramer, produced this story for broadcast. It was edited by Deborah George and Ben Shapiro. Thanks to Laura Kaplan, author of "The Story of Jane." You can hear more Radio Diaries stories on their podcast.