Accessibility links
Government Shutdown Would Mean All But Essential Services Would Close The mail will get delivered, Social Security checks will go out, and the National Park Service says it will try to keep parks accessible if there is a shutdown. But most federal agencies would close. 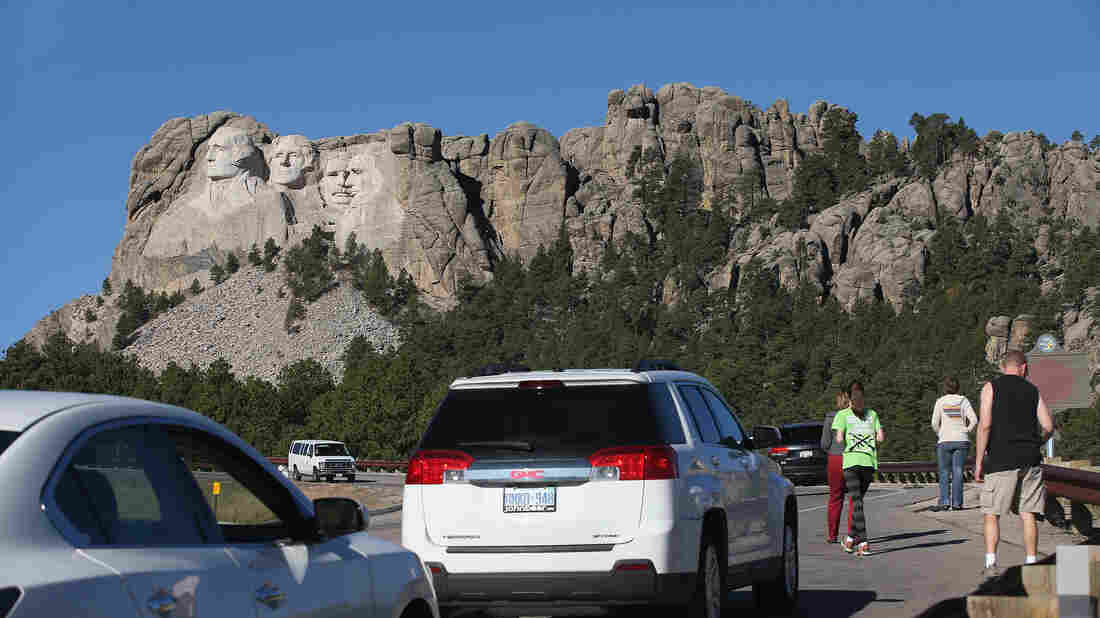 During the 2013 shutdown, tourists have to look at Mount Rushmore from the highway because the national memorial in Keystone, S.D., was closed. Scott Olson/Getty Images hide caption 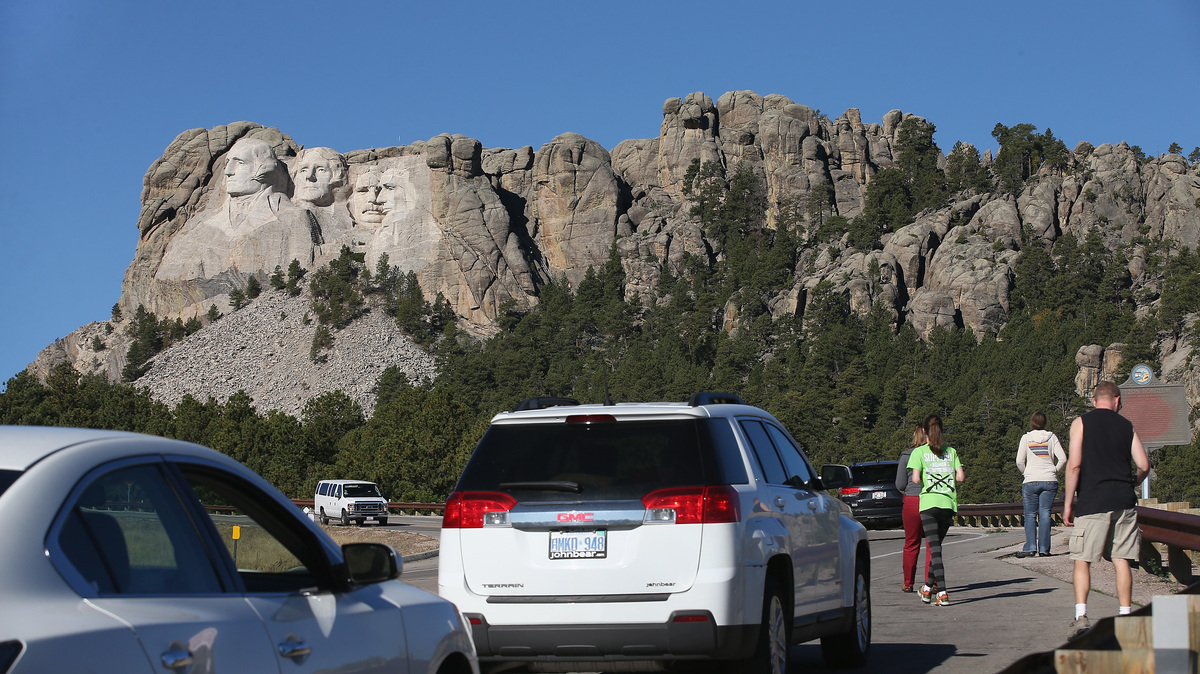 During the 2013 shutdown, tourists have to look at Mount Rushmore from the highway because the national memorial in Keystone, S.D., was closed.

So, here we go again.

The federal government is once more on the verge of a shutdown, and just like the last time, in October 2013, there will some things you'll notice that are shuttered and others you won't.

Office of Management and Budget Director Mick Mulvaney told reporters on Friday that the Trump administration is going to manage the shutdown differently than the last time. "We're not going to weaponize it," he said. But for the most part, like four years ago, essential services will continue, and essential workers will remain on the job, albeit without pay.

Social Security: Those checks will continue to be mailed out in what is a largely automated process.

Military: The active-duty military will remain on the job, and military operations in places like Afghanistan would continue. Guidance from the Defense Department issued on Friday said military personnel would not be paid — neither would necessary civilian personnel. In previous shutdowns, training missions were curtailed. Military contractors would not be affected, as long as their work has already been funded.

Veterans Affairs: Ever since a scare about veterans not getting their health care during the last government shutdown, the Veterans Health Administration has been getting its funding appropriated in advance. According to the VA, 95.5 percent of its employees are exempted from a shutdown and would come to work. So the VA says it will suffer no effects from a shutdown.

Mail delivery: The post office will be open, and your mail will be delivered, because the U.S. Postal Service has its own revenue stream.

Travel: Air traffic controllers, Transportation Security Administration officers and Customs and Border Protection agents would remain on the job, so air travel should be mostly unaffected.

National parks: In the one major departure from the last shutdown, the Interior Department says it will work to keep national parks and other public lands "as accessible as possible." During the last shutdown, the National Park Service's closing of parks and the national monuments in Washington, D.C., was controversial and led to an angry group of visiting seniors to push aside barriers at the National World War II Memorial.

"The American public and especially our veterans who come to our nation's capital should find war memorials and open-air parks open to the public. Additionally, many of our National Parks, refuges and other public lands will still try to allow limited access wherever possible. For example, this means that roads that have already been open should remain open (think snow removal) and vaulted toilets (wilderness type restrooms) should remain open, however services that require staffing and maintenance such as campgrounds, full-service restrooms, and concessions that require some Park staff or assistance will not be operating.

"Other areas such as culturally sensitive areas or backcountry areas that present a risk to visitors may also have restricted access."

Museums: The Smithsonian Institution says its museums in Washington, D.C., as well as the National Zoo would remain open for the weekend but will close on Monday if the government shuts down. All animals would be continued to be fed, but, in a setback for panda lovers, the zoo's popular Panda Cam and other live animal cameras would not be broadcasting.

The Smithsonian's New York museums, the Cooper Hewitt design museum and Heye Center, would be closed.

Courts and justice: Federal courts would continue normal operations for the time being, according to a spokeswoman at the U.S. District Court for the District of Columbia, who says the system has a three-week cushion of funding. If a shutdown continues, the courts would move into contingency plans.

The Justice Department says criminal litigation will continue without interruption "as an activity essential to the safety of human life and the protection of property." But civil litigation "will be curtailed or postponed to the extent that this can be done without compromising to a significant degree the safety of human life or the protection of property. "

The office of special counsel Robert Mueller would also remain open, according to a Department of Justice spokesman, who says all employees are considered exempt and would continue their operations.

Legislation: Congress would continue to operate, as they work to end a shutdown, although the Capitol may not be open to tours. And fear not: Lawmakers will continue to receive their pay, although some lower-level staffers may not.

Federal agencies: Most federal agencies would be closed, like the Department of Education and the IRS, although some of their essential functions will continue to operate.

Most Department of Homeland Security personnel will continue working. "Nearly 90 percent of all DHS personnel are considered essential staff," a DHS official told CQ in a statement.

The Environmental Protection Agency has enough resources to remain open through Jan. 26, according to a memo from the administrator to employees. All EPA employees are expected to report to work next week, regardless of whether there is a shutdown.

Half of Health and Human Services employees would be on furlough. The department has outlined how its various agencies will be affected.

The National Treasury Employees Union, which represents IRS workers and many other government employees, says that during the last shutdown in October 2013, some 850,000 federal workers were forced into unpaid work furloughs. They eventually received their back pay, and Congress would have to do so in the event of a new shutdown this time around.

Just in case, bipartisan legislation has been proposed by representatives from Virginia — where a fair share of federal employees live — to provide back pay regardless of whether federal workers are told to report during a possible shutdown.