Accessibility links
Vice President Pence Visits Middle East After Trip Had been Delayed, Scaled Back The vice president's three-nation trip was supposed to happen in December. Pence wants to focus on security matters and the persecution of Christians, but he will also have to soothe allies. 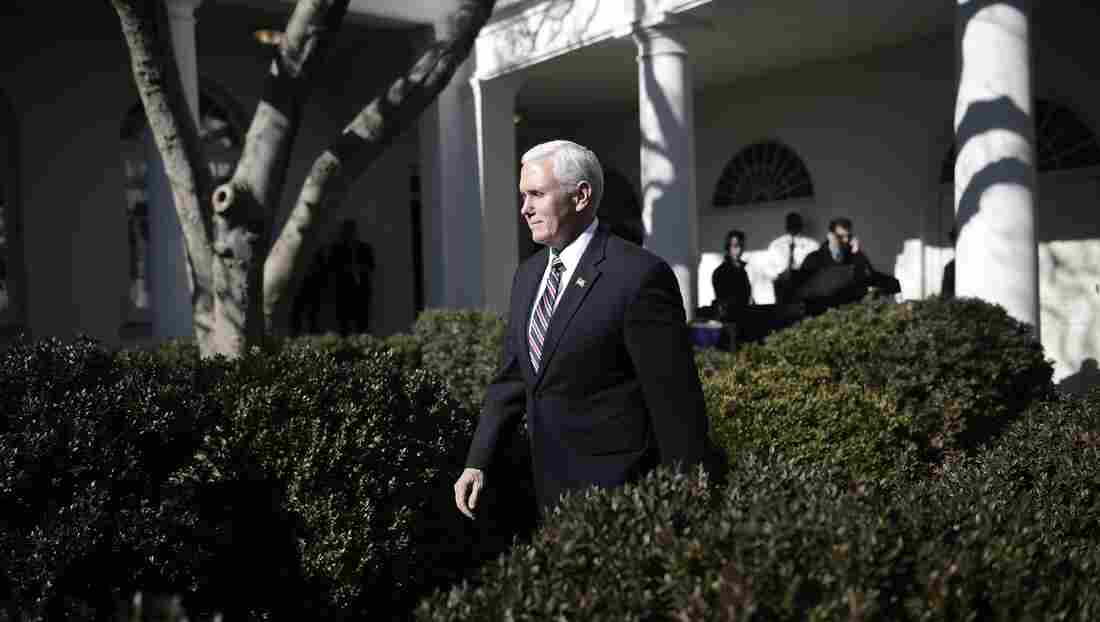 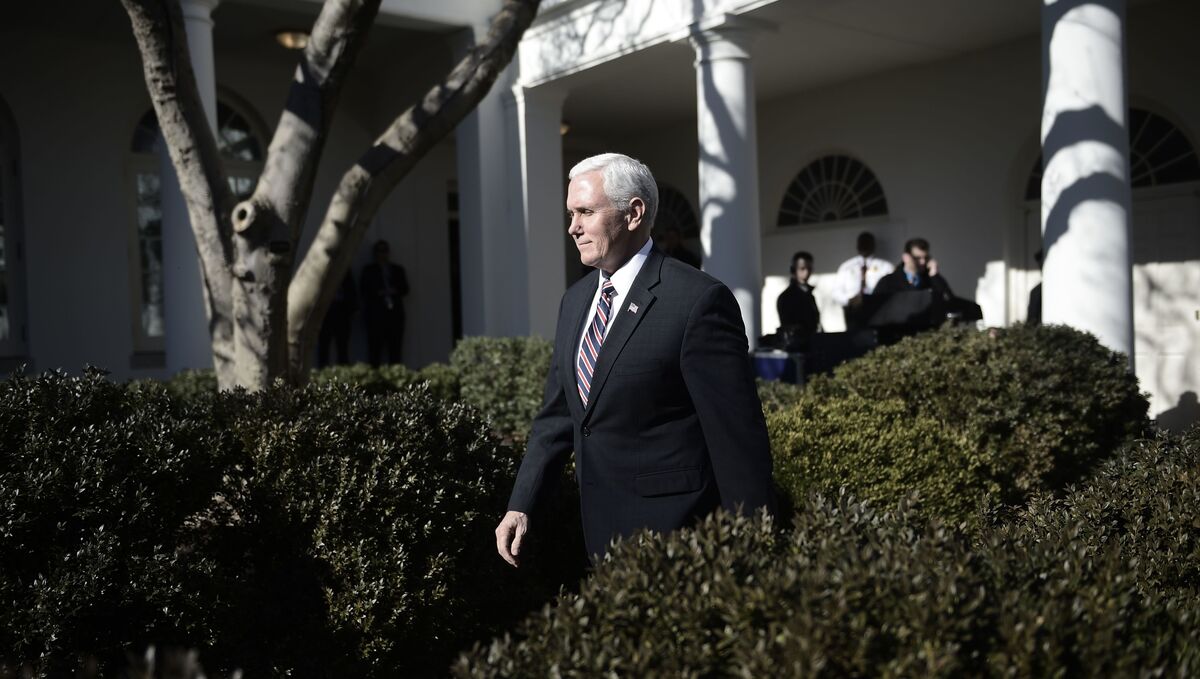 Vice President Pence is scheduled to leave for the Middle East Friday evening. Cairo is his first stop.

Vice President Pence arrives in Cairo Saturday morning as part of a Mideast trip that has been rescheduled and substantially changed since it was originally announced.

He was supposed to travel in December, but the trip was pushed off to January so that Pence could stay in Washington, D.C., to vote on the GOP tax bill. His itinerary is shorter too, after Palestinian President Mahmoud Abbas and the pope of the Coptic Christian Church in Egypt said they wouldn't meet with Pence following President Trump's early December decision to officially recognize Jerusalem as Israel's capital. The Jerusalem decision was widely condemned in the Arab world and is expected to be a topic of conversation as Pence meets with the leaders of Egypt and Jordan.

Pence planned to depart on his trip Friday evening even as a government shutdown appeared imminent. He is scheduled to return on Tuesday.

"The Vice President's meetings with the leaders of Egypt, Jordan, and Israel are integral to America's national security and diplomatic objectives," said Alyssa Farah, press secretary for the vice president.

What Pence wants to talk about

Aides say Pence, who is an evangelical Christian, intends a major focus of the trip to be the persecution of religious minorities in the Middle East. It's something they say he intends to bring up at each stop.

In October, speaking at the In Defense of Christians Solidarity Dinner in Washington, D.C., Pence described this as the main driver behind his planned trip.

"President Trump has directed me to go to the Middle East," Pence said. "And I promise you one of the messages that I will bring on the president's behalf to leaders across the region is that now is the time to bring an end to the persecution of Christians and all religious minorities."

However, Pence's announced schedule currently lists no meetings with Christian leaders or disciples.

On a policy front, Pence aides say he plans to both talk up and explain a Trump administration decision to redirect humanitarian aide funds from the United Nations to the U.S. Agency for International Development.

"Our fellow Christians and all who are persecuted in the Middle East should not have to rely on multinational institutions when America can help them directly," Pence said at the Solidarity Dinner. "From this day forward, America will provide support directly to persecuted communities through USAID." He added that USAID would work with faith-based and private organizations.

Also on Pence's agenda as he visits these three U.S. allies in the Middle East is the security relationship with each country, the ongoing conflict in Syria and a general temperature-taking on regional trends and security challenges.

What Pence is going to have to talk about

In Jerusalem, in meetings with Prime Minister Benjamin Netanyahu and President Reuven Rivlin and a speech to the Knesset, Pence will be able to take something of a victory lap, soaking in praise for Trump's decision to begin the process of moving the U.S. embassy there.

But that decision has thrown what had been a nascent effort at beginning discussions of peace between the Israelis and Palestinians into serious question. And Pence is not scheduled to meet with any Palestinians during his time in the Middle East.

Pence aides say they expect Egyptian President Abdel-Fattah el-Sissi and Jordan's King Abdullah to bring it up in their meetings with the vice president. But aides insist they don't expect it to be the "centerpiece" of any discussions.

Senior White House officials say Pence will focus on moving forward from that decision and will seek ideas from Sissi and Abdullah about the best next steps for peace.

As is often the case when Pence travels overseas, he will be called upon to soothe allies upset or confused by Trump administration policy. In the case of the U.S. embassy in Jerusalem, it's a policy move Pence very much supports and advocated for within the White House.

One open question with this trip when it comes to Egypt in particular is how much Pence will emphasize human rights. During Sissi's presidency, there have been restrictions on freedom of expression and thousands have been held as part of a government crackdown on opposition. Periodically during the trip, aides say, Pence will stress the importance of political freedoms and freedom of expression.

Advocates in the U.S. also hope he will press Sissi to free the more than a dozen Americans currently held in Egyptian prisons. After a meeting with Sissi in April 2017, Trump helped secure the release of an American woman held in Egypt named Aya Hijazi.

"The one thing this administration and the previous one agree on is that Americans' rights do not cease to exist when they are away from home. Egypt has been holding American citizens amongst the thousands of political prisoners in their notorious jails," said Mohamed Soltan, who himself was a prisoner in Egypt before the Obama administration secured his release. "There is no reason Pence should shy away from explicitly demanding the release of all Americans from Sisi's prisons."