Accessibility links
U.S. Set To Decide In Trade Dispute Threatening Booming Solar Industry President Trump is facing a Jan. 26 deadline to decide whether to impose tariffs on solar imports. While tariffs could help level the playing field for U.S. manfacturers, they could also raise prices. 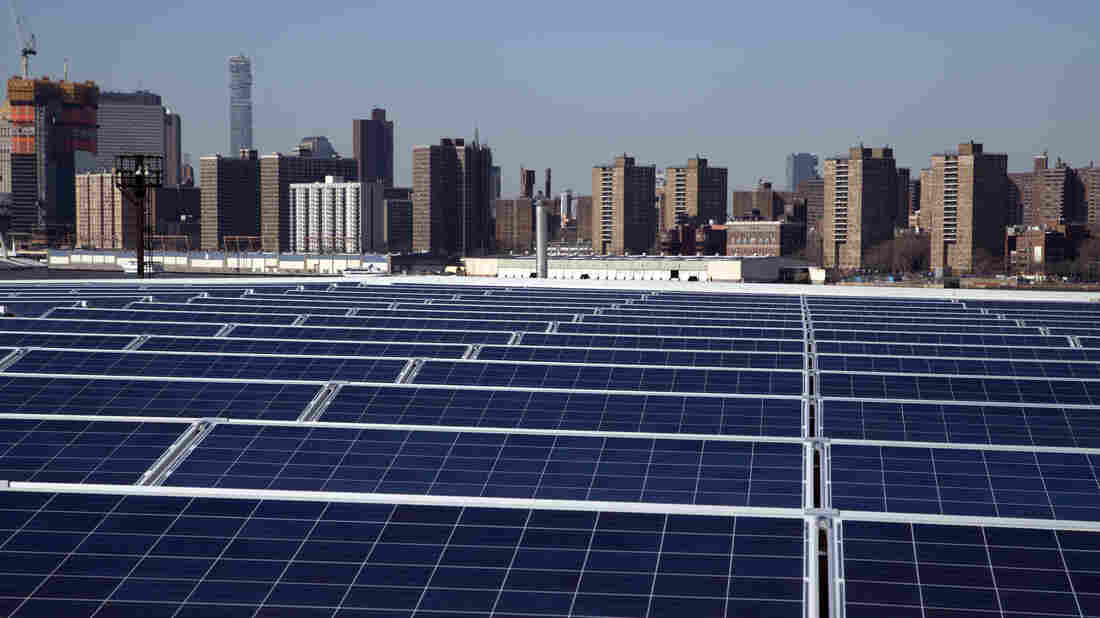 A rooftop is covered with solar panels at the Brooklyn Navy Yard in New York last February. The Trump administration is considering whether to impose tariffs on imports of solar materials. Mark Lennihan/AP hide caption 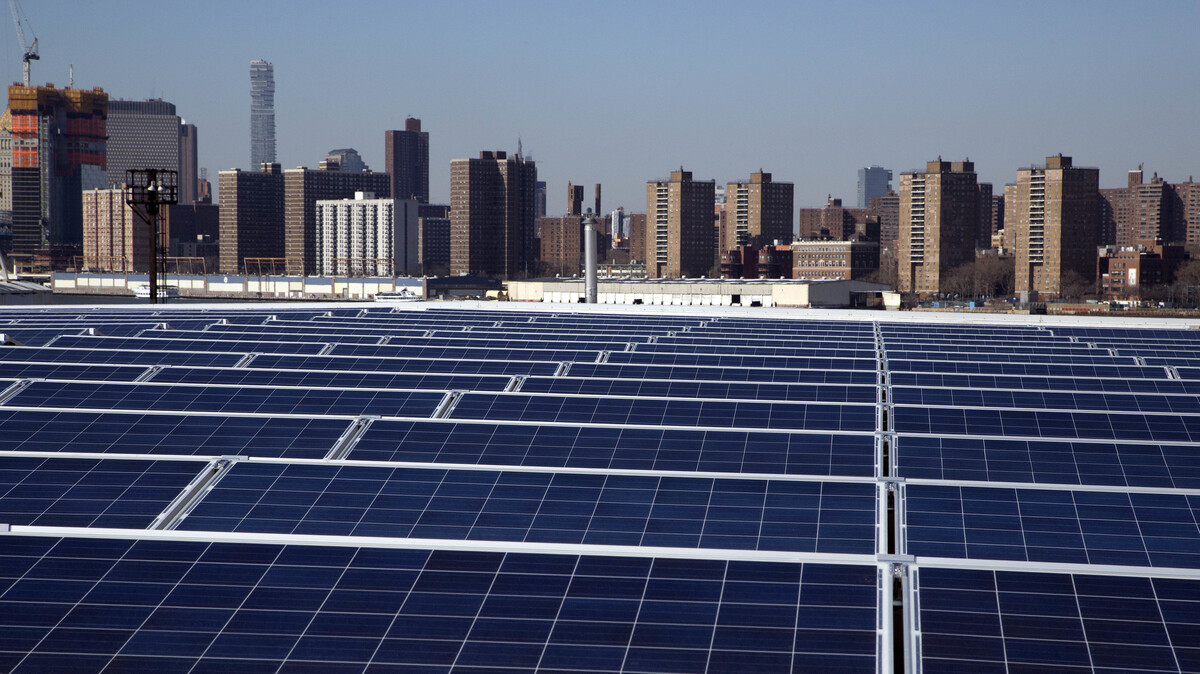 A rooftop is covered with solar panels at the Brooklyn Navy Yard in New York last February. The Trump administration is considering whether to impose tariffs on imports of solar materials.

The Trump administration must decide by next week whether to impose tariffs on the imports of solar panel components.

Some U.S. manufacturers have complained that cheap imports are forcing them out of business, while domestic installers oppose tariffs because cheap, imported solar panels have driven the industry's recent growth.

If President Trump decides to move forward with tariffs, the decision would represent a critical step in his trade agenda and help fulfill his campaign promise to revive U.S. manufacturing, says Julia Pyper, senior editor at Greentech Media. But the decision has caused a sharp divide in the U.S. solar panel industry, pitting manufacturers against installers.

"The solar case happened to be one of the first opportunities for the Trump administration to roll out their tough on China, tough on trade kind of campaign promise," she tells Here & Now's Peter O'Dowd. "But it happens to be a very complex case with people on all sides coming out against this."

The new tariffs would be in addition to those imposed on Chinese solar products in 2012, which led to a decrease in Chinese imports by 45 percent in a year, according to Forbes. Two American solar panel makers, Suniva and SolarWorld, sparked the potential for new tariffs after filing an official complaint with the International Trade Commission last year.

"These are the last two surviving companies," Tim Brightbill, the lawyer representing SolarWorld in the case, told NPR in October. "We documented more than 30 U.S. solar cell and module manufacturers who were driven out of business in the last five years."

The companies argue that tariffs would allow them to better compete with international manufacturers. About 95 percent of solar cells and panels sold in the U.S. come from China, Malaysia and the Philippines, according to SVP Market Research.

But only about 14 percent of the industry's 260,000 jobs are in manufacturing, with the majority of employees working in the installation sector, according to Reuters.

Solar installers have been stockpiling panels in case prices rise. Some estimates say new trade protections could double the price of imported panels. Since the case was brought under a unique section of trade law, Pyper says new tariffs could be much higher than expected.

"It's totally up to the president on this, so that's why a lot of the industry just doesn't know what to think because he could actually hike the tariffs much higher than anyone has proposed so far," she says.

Trump told Reuters on Wednesday that he would announce his decision soon, suggesting that imports have negative consequences for American panel manufacturers. The president must decide by Jan. 26, according to a process set out by the U.S. International Trade Commission.

"You know, they dump 'em — government-subsidized, lots of things happening — they dump the panels, then everybody goes out of business," Trump said.

Opponents argue that the decision to impose tariffs could have devastating consequences for the U.S. solar industry, which has boomed in part due to a rapid drop in prices -- more than 70 percent since 2010, according to the Solar Energy Industries Association.

Companies in other sectors of the industry outside manufacturing and installation are also expressing concern, as the anxiety around new tariffs has fueled market uncertainty, Pyper says.

"Things have already started to slow down just around the uncertainty of this trade case," she says. "It's hard to make deals just not knowing what the prices will be."