Accessibility links
How America Has Changed During Trump's First Year In Office, By The Numbers The economy has improved, health insurance prices continued to climb, and far fewer people have been stopped at the southwestern border. However, not all of it is the president's doing. 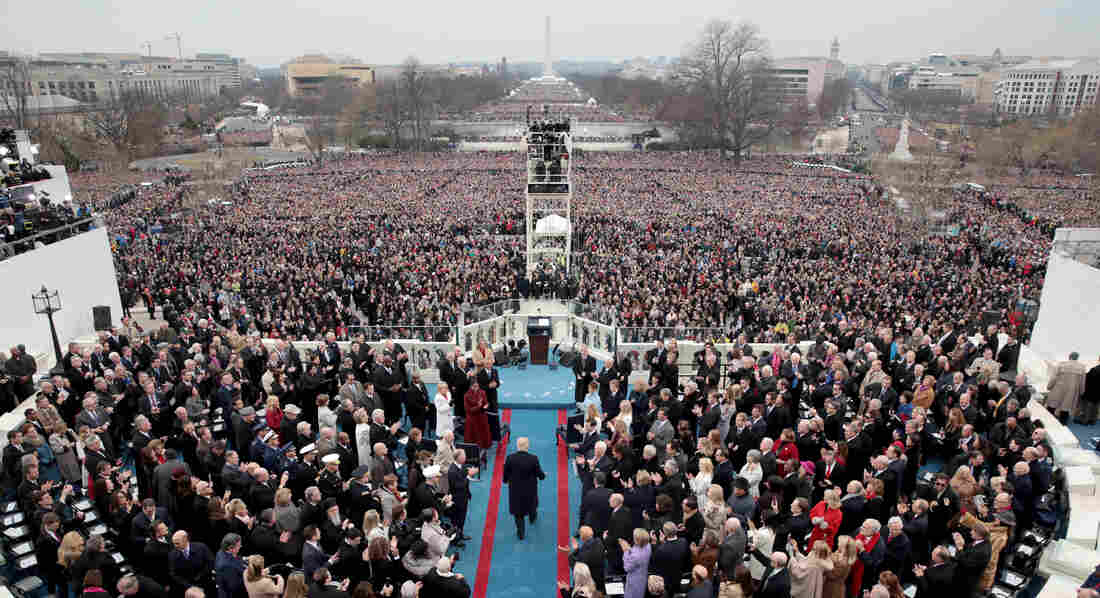 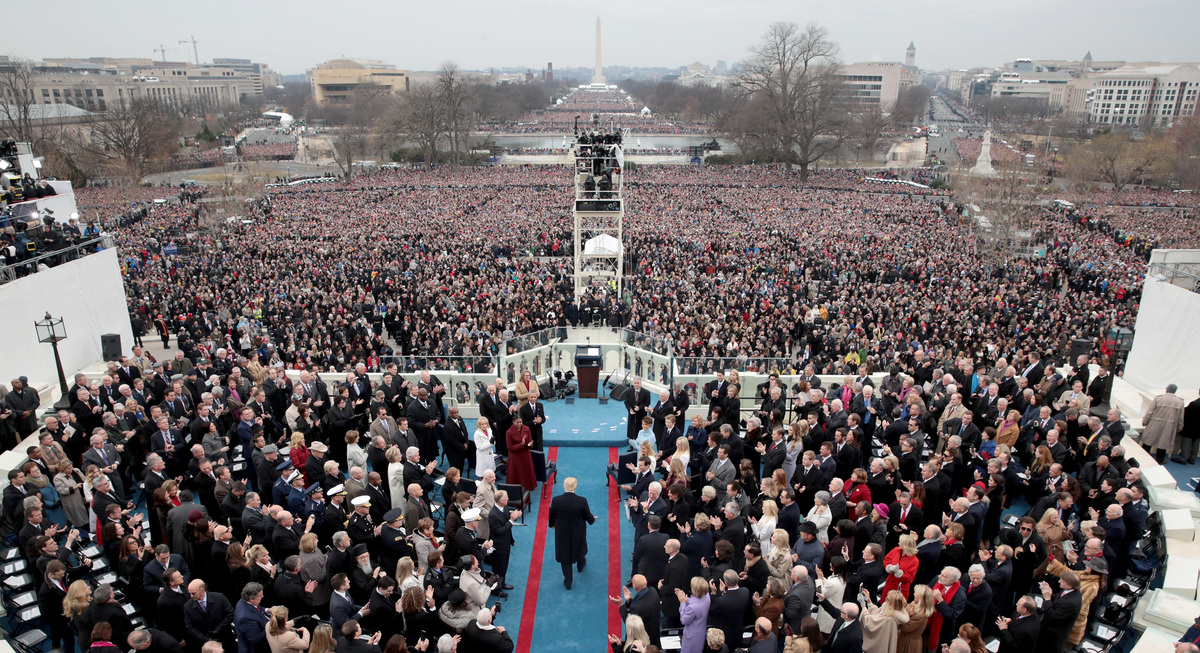 Over President Trump's first year in office, the U.S. underwent some changes that he would probably cheer. The economy continued strengthening (including, yes, the stock market, as the president likes to emphasize) and the number of people apprehended while trying to enter the country illegally fell sharply. However, some changes are less promising: The nation's carbon dioxide emissions rose, and the amount of student debt grew by $47 billion.

We have put together a wide variety of statistics to show how the U.S. has changed in the past year.

Although we're looking at how the country is changing throughout the Trump presidency, this isn't to say that the president created these outcomes. Wages, for example, are determined more by worker supply and demand than by the ripple effects of who is in the White House. Still, having a firm picture of the world the president is governing in and the direction it is moving is important for understanding the context in which he makes some of the most important decisions in the world.

The economy has continued to improve under Trump, with the unemployment rate falling from 4.8 percent to 4.1 percent, and GDP growth ticking upward. The stock market has likewise risen quickly (though those gains largely go to richer Americans). However, wage growth remains middling and has caused some economists to wonder why a tightening labor market hasn't budged this number much yet.

The global environment continues to trouble climate scientists and experts. Projected U.S. carbon dioxide emissions are nearly 15 million metric tons higher than they were a year ago. And while the global temperature average isn't as above the 20th century average as it was in 2016, it still indicates that the world has warmed considerably in recent years.

There were a few bright spots on the foreign policy front in 2017: The United States and Russia both dialed back their numbers of nuclear weapons, bringing the global total down, and the number of "free" countries (as scored by nonprofit Freedom House) increased by one. However, North Korea also conducted another nuclear test, and the number of forcibly displaced people increased.

Trump never got to sign a health care overhaul bill that repealed the Affordable Care Act (also known as Obamacare). But he did sign a tax bill that eliminated the penalty for not having insurance — the mechanism for enforcing one of Obamacare's most important parts, the individual mandate. That won't go into effect until 2019, and it could mean millions more uninsured in the coming years, according one estimate. However, the health care picture in America already is less than rosy — premiums continue to rise, as do the shares of those premiums that workers have to pay.

Many health outcome indicators (like life expectancy and the obesity rate) lag by a few years, so we can't tell how Americans fared on those in the first year of Trump's presidency. But a few of the stats we do have show that America's kids are, at least in two areas, engaging in fewer risky behaviors than in 2016. The share of teens who have ever been drunk or smoked a cigarette dipped in 2017, though the share who have used illicit drugs climbed slightly.

2017 was an off year, so there are no major changes in the numbers of Republicans in office. But some of those small changes came with big attention — the number of Republicans in the Senate ticked down by one this year, with Alabama Democrat Doug Jones replacing Republican Jeff Sessions, who left the seat to become attorney general. Meanwhile, the resignations of three House Republicans and one Democrat shifted the numbers slightly in that chamber (many more have announced their intention to retire in 2018). Meanwhile, data suggest that Americans became slightly less Republican this year and slightly more Democratic and independent.

One of Trump's main campaign promises was to crack down on immigration, and on two counts, immigration has fallen. Trump reduced the number of refugees admitted, bringing that figure down significantly in 2017 from one year prior. And the number of apprehensions of people entering the country illegally at the southwestern border has fallen off in a huge way. That's in part because the Trump administration has focused heavily on enforcement. In addition, improved economies in Latin America give fewer people with reasons to leave, according to the Bipartisan Policy Center.