Accessibility links
In 'The Alienist,' Dakota Fanning Plays The NYPD's First Woman Hire Fanning says the struggles her character faced on the police force in 1896 are still relevant to women in the workplace today — though at least today's women aren't stuck in restrictive corsets. 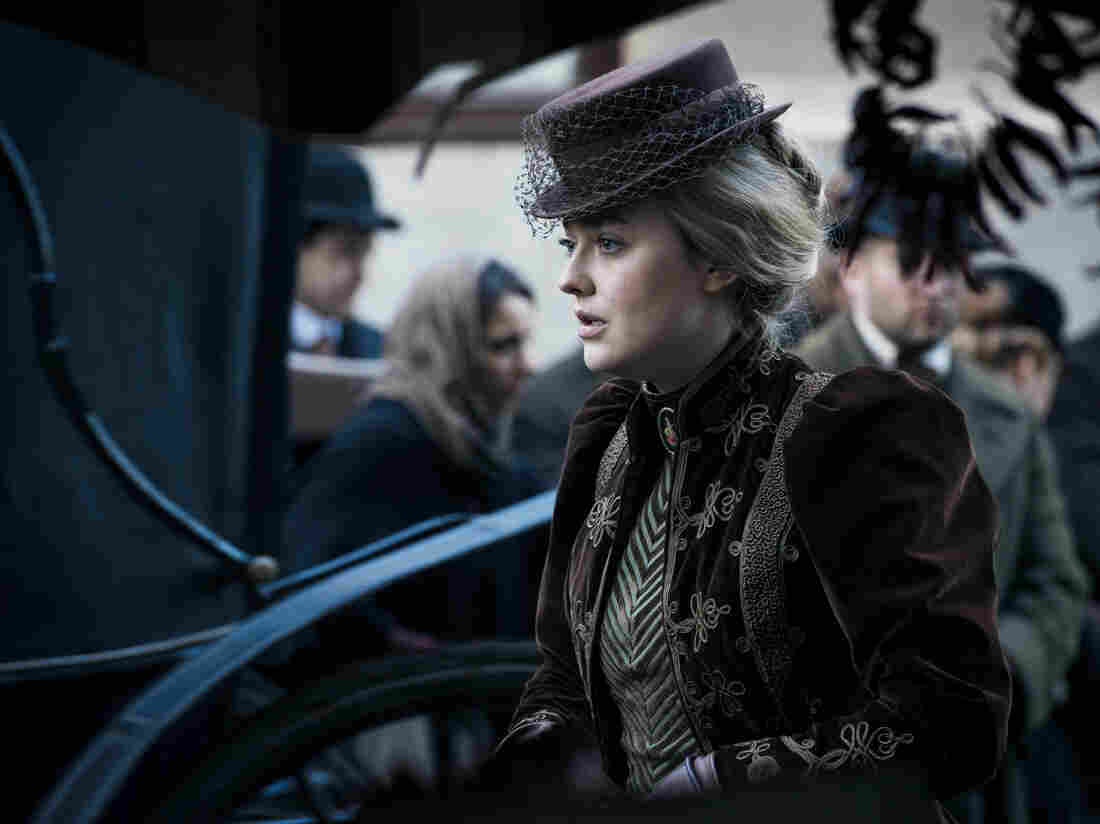 It's New York City in 1896. Young boys are being brutally murdered, and a team of outsiders assembles to hunt down the killer. On that team is a doctor with some unconventional views, a newspaper illustrator haunted by his past, and a police secretary who upsets the status quo: Miss Sara Howard, who's played by Dakota Fanning in the new television series, The Alienist.

"She's a young woman who is finding the balance of this strong, tough exterior that she has to put on to survive in this man's world," Fanning says, "and also the vulnerability that she feels in her private life when that mask can kind of come off."

We know that women were restricted in what they could and could not do and say. But they were also literally restricted by the clothing that they had to wear. We were filming this series for six months, and I was wearing a corset and those clothes every single day, and someone has to help you get dressed in the morning. Someone has to help you undress. Even those simple tasks and those intimate moments that usually we have with ourselves, a woman had to sort of have someone to help her, to chaperone that experience. And so for me, it kind of, it helped put me in the mindset of that time period and gave me a window into, you know, the experience of being a woman back then.

On the show's relevance today for women in the workplace

... the stories do parallel stories that are being told right now, so I think it is important, especially for my generation, to see those similarities between now and so long ago.

On one hand, you know, it's great when the show that you're making is relevant to the times that you're living in. But some of the relevance is kind of unfortunate because there is a scene in the first episode with my character and another police officer, and you see sexual harassment and abuses of power in the workplace. And the stories do parallel stories that are being told right now, so I think it is important, especially for my generation, to see those similarities between now and so long ago.

On playing the secretary to Theodore Roosevelt

It's a different version of Roosevelt than I think people are used to seeing. It's early Teddy Roosevelt and the beginning of him changing New York. And my character is very close to Commissioner Roosevelt because I'm his secretary, and we have a great relationship on the show that gets explored. And you sort of get to see how Roosevelt's hands are tied at times with the corruption that's going on within his department.

Bad Karma In 'Every Secret Thing'

On what she's learned as a former child actor

I think for me, what's always been the thing that's grounded me is my genuine love of what I do. And I still check in with myself to make sure I enjoy what I'm doing. You know, when I was younger, my mom was with me at all times, traveling with me and on set with me, and she always made it very clear that if I didn't want to do it anymore, I didn't have to.

Sophia Boyd and Viet Le produced and edited this interview for broadcast. Sydnee Monday and Petra Mayer adapted it for the Web.