Accessibility links
Kicked Out Of Air Force For Being Gay, Helen Grace James Wins Honorable Discharge She has been fighting for her honorable discharge from the U.S. Air Force for 60 years. Now that she has won it, NPR's Scott Simon reflects on her career and the Lavender Scare. 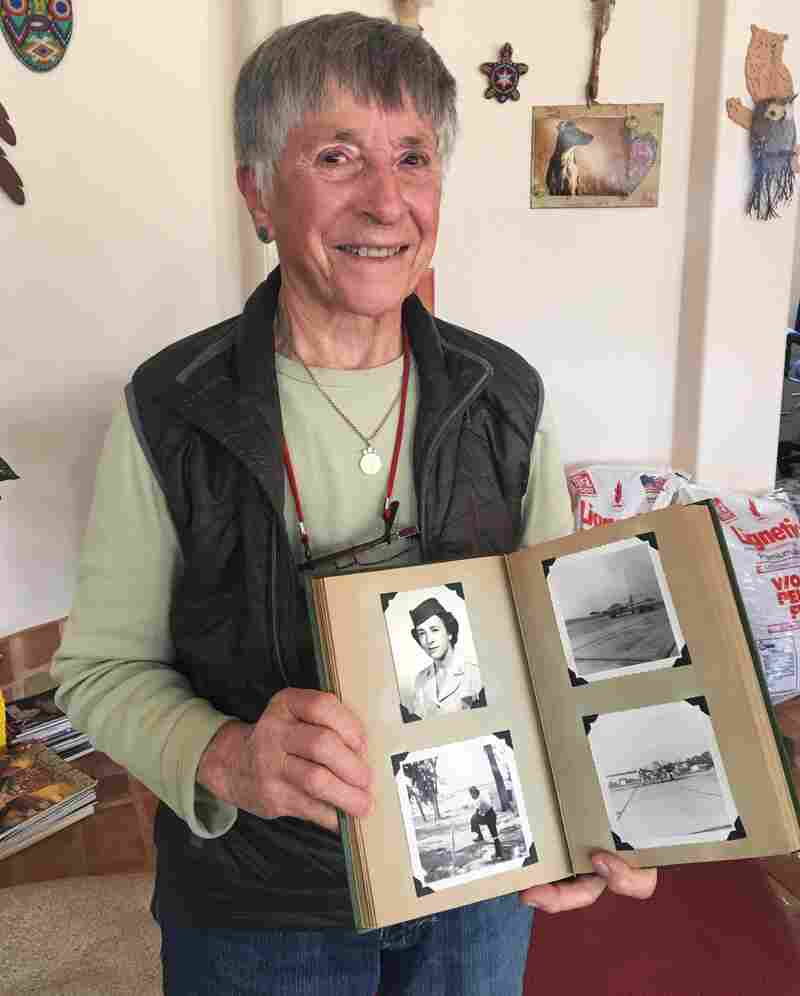 Helen Grace James holds images from her time in the Air Force. "The military was something I thought was really important," she told The Washington Post. Legal Aid at Work hide caption 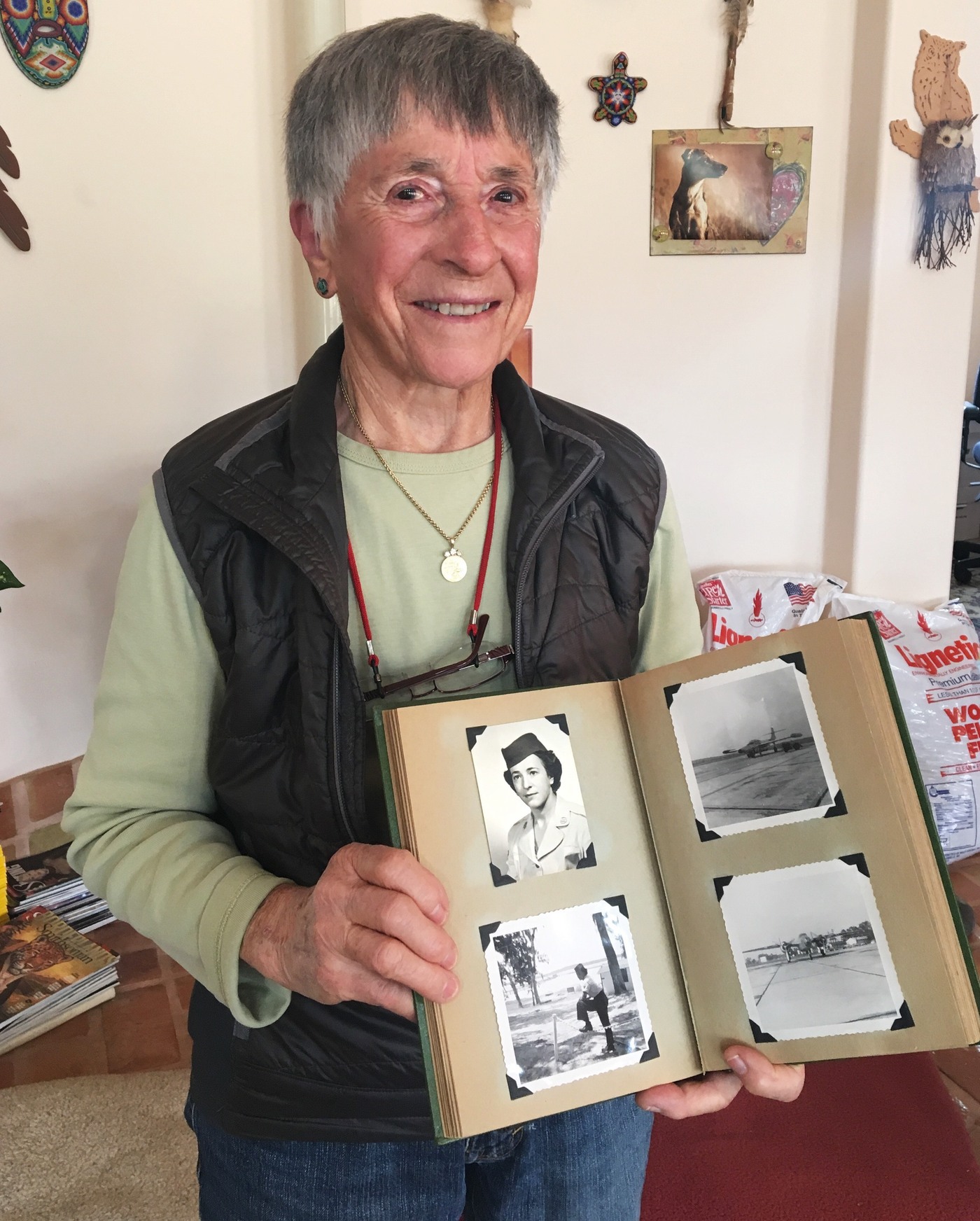 Helen Grace James holds images from her time in the Air Force. "The military was something I thought was really important," she told The Washington Post.

Helen Grace James won her honorable discharge from the U.S. Air Force this week — at the age of 90. It is a battle she fought for 60 years.

Helen Grace James grew up in Pennsylvania, where she worked her family's farm, and asked her mother to call her Jim. She played with toy trucks and boats and gave the dolls she was given to her sister.

Helen Grace James' father served in World War I; she saw her cousins ship off to serve during World War II.

"The military was something I thought was really important," she told The Washington Post.

She enlisted in the Air Force in 1952 and had a fine service record. She was promoted to airman 2nd class.

But when she was stationed at Roslyn Air Force Base on Long Island, N.Y., James came under scrutiny by the Office of Special Investigation. One night in the winter of 1955, she sat with a friend in her car to eat sandwiches when an officer shined a blinding light into her eyes and took her into custody. She was interrogated for hours. Investigators told Helen Grace James that if she didn't sign a statement they put in front of her, they would tell her family she was gay.

"Gay" might not have been the word military investigators used in 1955.

James signed. She was discharged as "undesirable."

America was in the midst of what would become known as a Lavender Scare, parallel to the Red Scare directed at suspected or rumored communists. Gays were also considered subversive and susceptible to blackmail, so therefore were a security risk in government or military service. Soldiers, sailors, Marines and airmen were ordered to inform on those with whom they served if they suspected a fellow service member to be gay. Yale Law professor William N. Eskridge Jr. estimates in his book Dishonorable Passions that between 2,000 and 5,000 people who may have been gay were dismissed from the military during those years.

Helen Grace James, who served her country with distinction, received no severance pay or veterans' health care coverage. She had no assistance from the GI Bill to go to college. Instead, she worked her way to advanced degrees in physical therapy from the University of Pennsylvania and Stanford University, and went on to have a distinguished career. She had worked through channels for decades to try to upgrade her discharge and finally sued the Air Force this month — at the age of 90.

"The Air Force recognizes me as a full person in the military," she told NBC this week of her honorable discharge, after doing "my job helping to take care of the country I love."