Accessibility links
The Russia Investigations: Is 'Infiltration' The New 'Collusion'? An interview transcript raises new questions about Russian infiltration of U.S. political organizations. A key Trump aide passes on a Capitol Hill appearance. And is Mueller funded during shutdown? 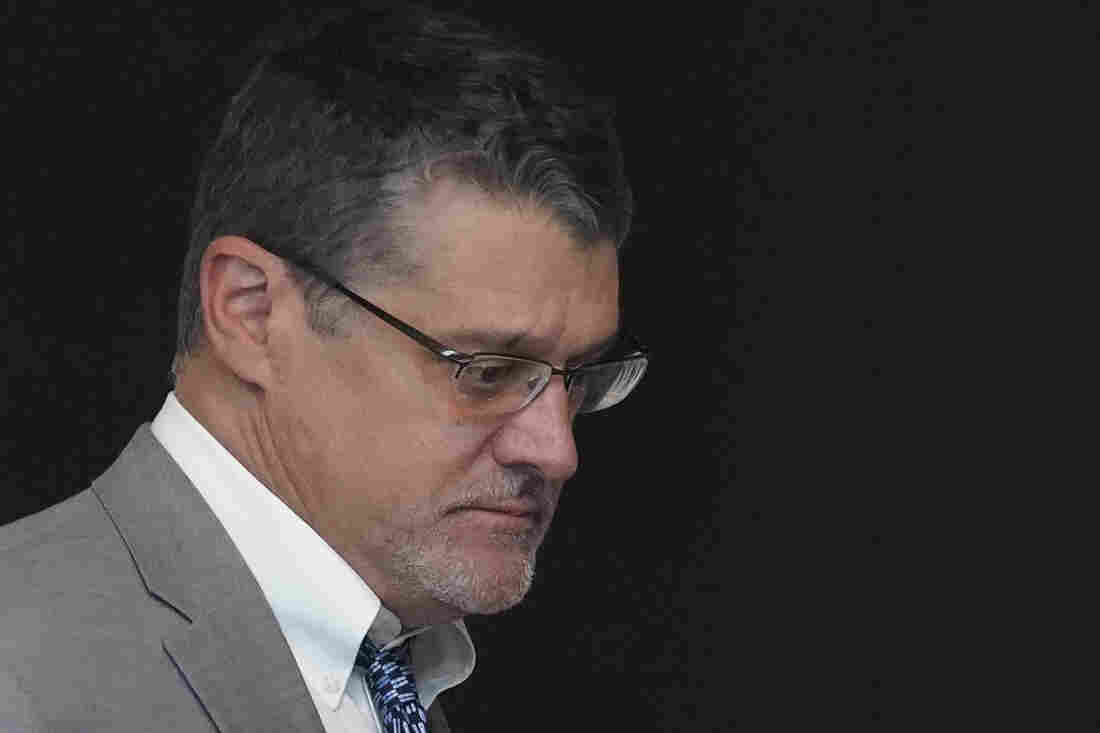 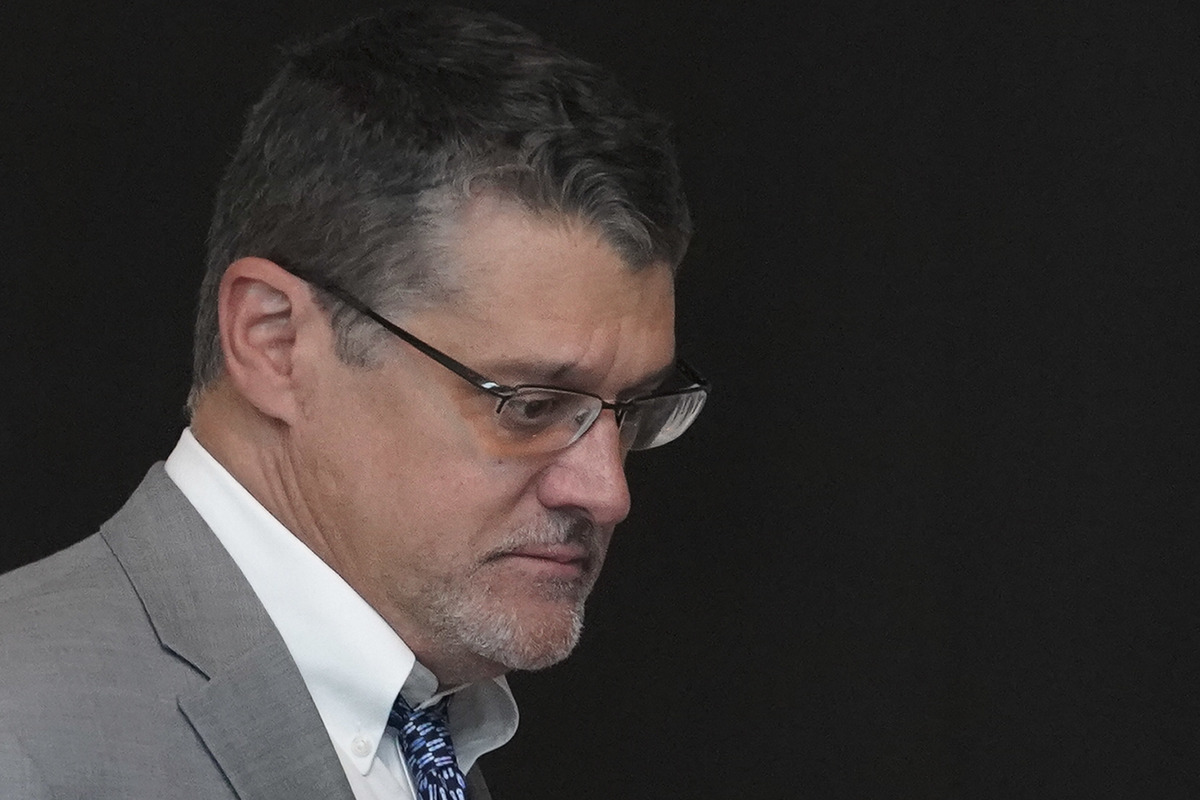 Glenn Simpson, former Wall Street Journal journalist and co-founder of the research firm Fusion GPS, during his arrival for a scheduled appearance before a closed House Intelligence Committee hearing on Capitol Hill in Washington, D.C. on Nov. 14, 2017.

Last week in the Russia investigations: Will "infiltration" be the new "collusion" or "obstruction?" Another skirmish over executive privilege? Is the Russia imbroglio about the money-go-round? And will the shutdown disrupt Mueller's investigation?

How much did Russia "infiltrate" political organizations inside the United States as part of its attack on the 2016 presidential election?

That's one of the big unanswered questions to emerge from the transcript released Thursday of the House Intelligence Committee's interview with Glenn Simpson, founder of the political research shop Fusion GPS.

Simpson not only told lawmakers the Russians "infiltrated," in his phrase, the National Rifle Association, which has been the subject of reports before. (The NRA has not offered any comment on those accounts.) Simpson also said this:

The FBI is investigating that specific connection, as Peter Stone and Greg Gordon reported for McClatchy. The case involves a powerful Russian banker who may have given money to the NRA, which, in turn, spent at least $55 million on the 2016 elections. About $30 million of that supported Donald Trump's presidential bid.

So one question for investigators might be: Was there any foreign money involved? That isn't clear and Justice Department special counsel Robert Mueller talks publicly about as much as the Lincoln Memorial.

The strategy of "infiltration" or co-option is a classic, though; Russia's intelligence agencies recruited via the Communist Party of the United States back in the old days and also attached themselves to ostensibly pro-peace and minority rights movements.

The through-line from then to now is visible in some of the other comments Simpson made to lawmakers, including what he called Russian support for the California and Texas "independence movements," which appears to be all about simple irritation for the federal government. Moscow was irate about what it viewed as American meddling in its front yard — Ukraine — and wanted payback.

But the broader question Simpson broached has not been addressed: How broadly did Russia's campaign of "active measures" in 2016 integrate itself with national American political groups?

The big picture: Each new crumb of information adds to the total understanding of the Russian attack in 2016, which may be well understood inside the classified world, or by members of Congress, but which has never been detailed officially by the government for the public.

(In fact, the government is prosecuting a former National Security Agency contractor, Reality Winner, for allegedly leaking one of the few official documents to emerge about the attack.)

So people on the outside must do "intelligence analysis" of their own, "fusing" pieces of "OSINT" to form a "mosaic" based on congressional testimony, official reports and court documents. That's how we've formed the picture so far.

We know that Russian agents made personal overtures to Trump campaign workers. We know cyber-operatives hacked political operators and organizations and leaked what they stole; we also know a broad social media campaign amplified controversy and pitted U.S. political opponents against each other.

In that context, it certainly makes sense that Moscow might also have spent money as part of what the U.S. intelligence community calls its goal to help elect Trump — but the tidbits in the Simpson transcript are also a reminder about how much there could be that we still don't know about this story.

White House communications director Hope Hicks did not go to Capitol Hill on Friday to talk with the House Intelligence Committee about the Russia imbroglio.

She was supposed to have been its third guest of the week, following former Trump campaign heavies Steve Bannon and Corey Lewandowski, but administration officials called her back.

Nobody seems to know what's going on. The White House denies it has invoked executive privilege — the legal doctrine that allows an administration to shield its inner workings and conversations — but there have been all kinds of rumblings about it from Capitol Hill. Bannon also frustrated some members of Congress in what he was and wasn't willing to say, but there isn't much clarity about what and why. 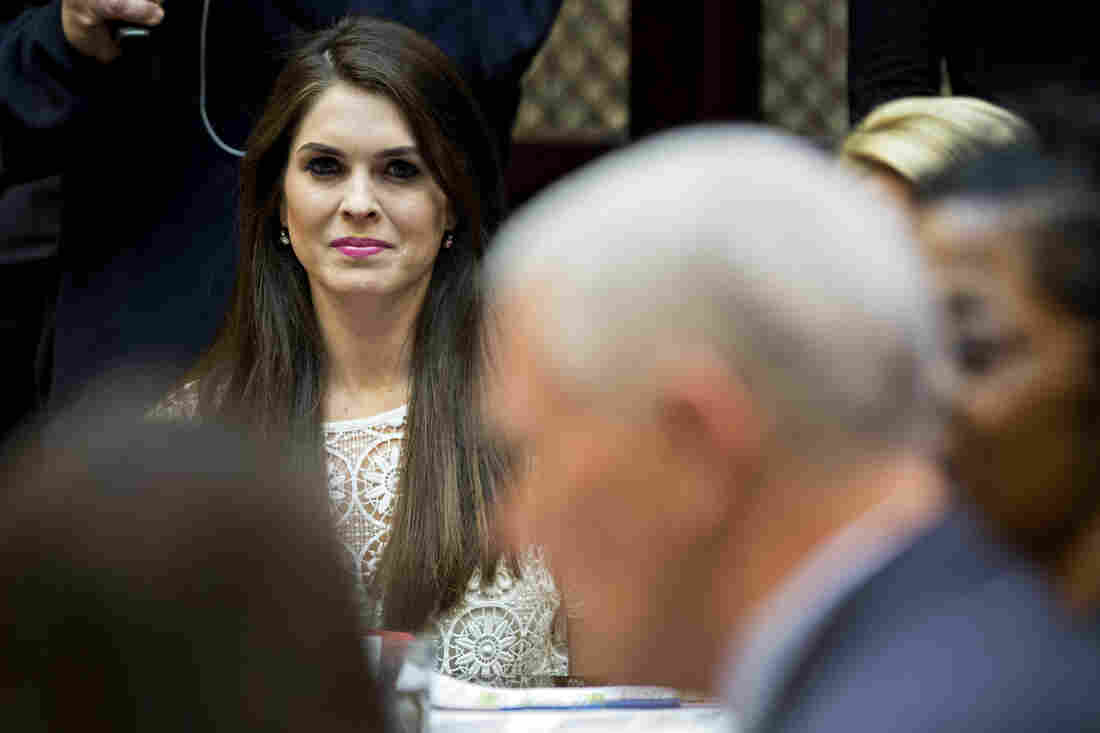 White House communications director Hope Hicks at an event in the Roosevelt Room of the White House on March 27, 2017, in Washington, D.C. Pool/Getty Images hide caption 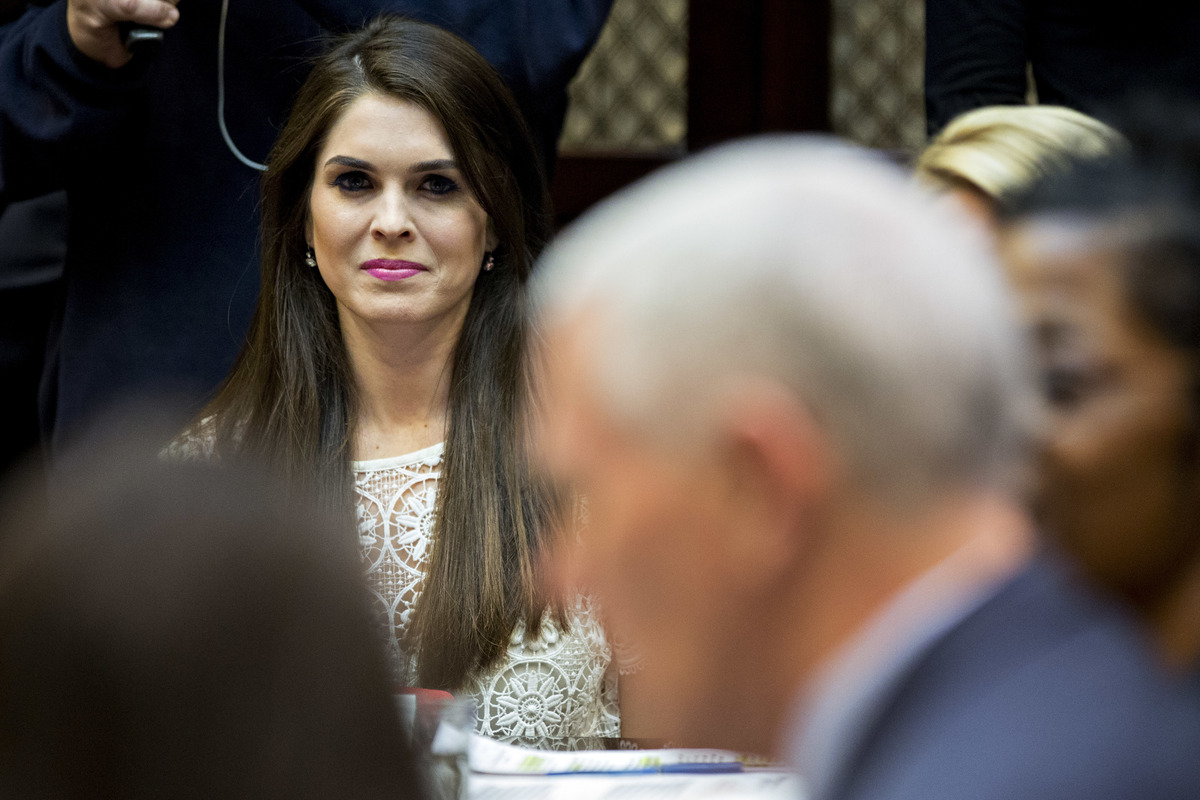 White House communications director Hope Hicks at an event in the Roosevelt Room of the White House on March 27, 2017, in Washington, D.C.

One theory is the Trump administration is making soft invocations of the privilege — instructing or permitting witnesses essentially to say, "I won't answer because the White House reserves the right to invoke executive privilege, even though I don't have a lawyer letter in my hand formally doing so."

Another way the Trump White House may be testing precedent is by claiming that executive privilege shields things that took place during the transition period that followed Trump's election but before his inauguration. That, as NPR's Carrie Johnson reports, would be unusual.

Steve Bannon's synopsis to Michael Wolff about the Russia imbroglio has now become part of history: "You realize where this is going. This is all about money laundering."

A slew of new reports appears to strengthen that case. Jason Leopold and Anthony Cormier of BuzzFeed News write that were a mess of unusual payments to and from Sergey Kislyak, the former Russian ambassador to the U.S. who's a central figure in the Russia matter. Sundeep Kavanal Radesh quotes a German report in the IBTimes that says Deutsche Bank is passing evidence about questionable Trump money transfers to German regulators and Mueller's office.

The German finance giant is one of the Family Trump's largest creditors and has paid hundreds of millions of dollars in fines as part of settlements in which it has admitted financial crimes. The White House, however, has denied reports that the bank has received a subpoena from Mueller to reveal its dealings with the Trumps.

And as Christopher Brennan writes in the New York Daily News, evidence about wire transfers or checks or payments — if there is any — only takes you so far in a criminal case: "Special Counsel Robert Mueller is following the money, but money doesn't always talk," he writes.

Or as a former FBI special agent tells Brennan in the story: "[A]ll you got is a check with a big dollar amount. The check can't testify. You need a witness to back up that check. It boils down to witnesses and testimony."

We know too little for sure about what Mueller and his team are actually doing that there's no way to assess what kind of evidence they have or what case they might make. But there are a few clues in the indictments he's already brought against former Trump campaign chairman Paul Manafort and his business partner, Rick Gates.

Those are money laundering cases, although so far unconnected to the 2016 Russian active measures campaign and not related to the Trump campaign either. But presumably Mueller and his team believe they've got enough in hand to make those cases to a jury.

About that: Manafort and Gates might not actually go on trial until the late summer or fall, as NPR's Carrie Johnson reported. The judge in their case said she didn't understand the legal positions they were taking after Manafort decided to file his separate civil lawsuit against the Justice Department.

Mueller and his office will not be affected by the partial government shutdown.

As the fuse burned on Friday toward the prospect that the federal government might run out of money by midnight, the Justice Department made clear that Mueller and his office would not stop their work.

The department released a "contingency plan" that delineates which employees are funded through which types of federal funding. Not all Justice Department workers would be spared, but Mueller and his office are funded with a permanent indefinite appropriation, the plan says.

That means they can continue working and being paid irrespective of whether the support from Congress for the rest of the department — and the government — runs out.

Did A Foreign Power Interfere In The Election? New Bill Would Mandate An Answer