Listen · 6:00 6:00
Nassar Testimony Brings One Sexual Abuse Survivor Sadness - And Then Some Relief 6:00 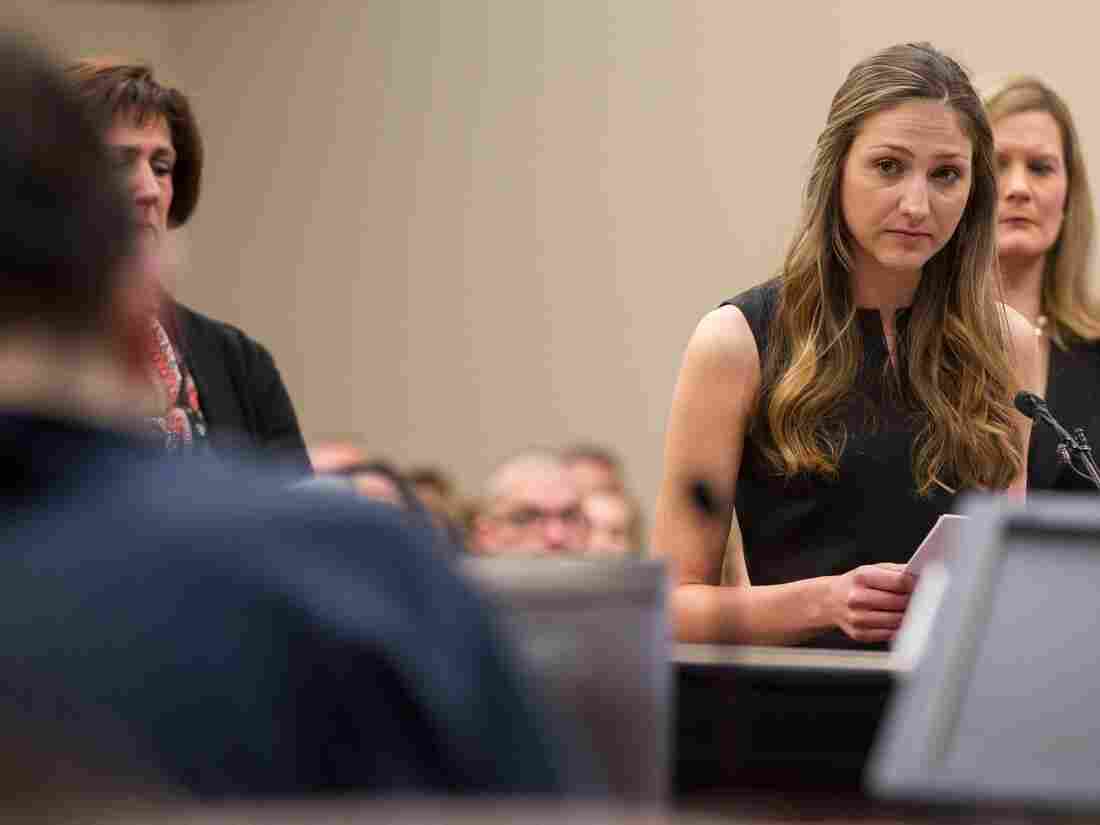 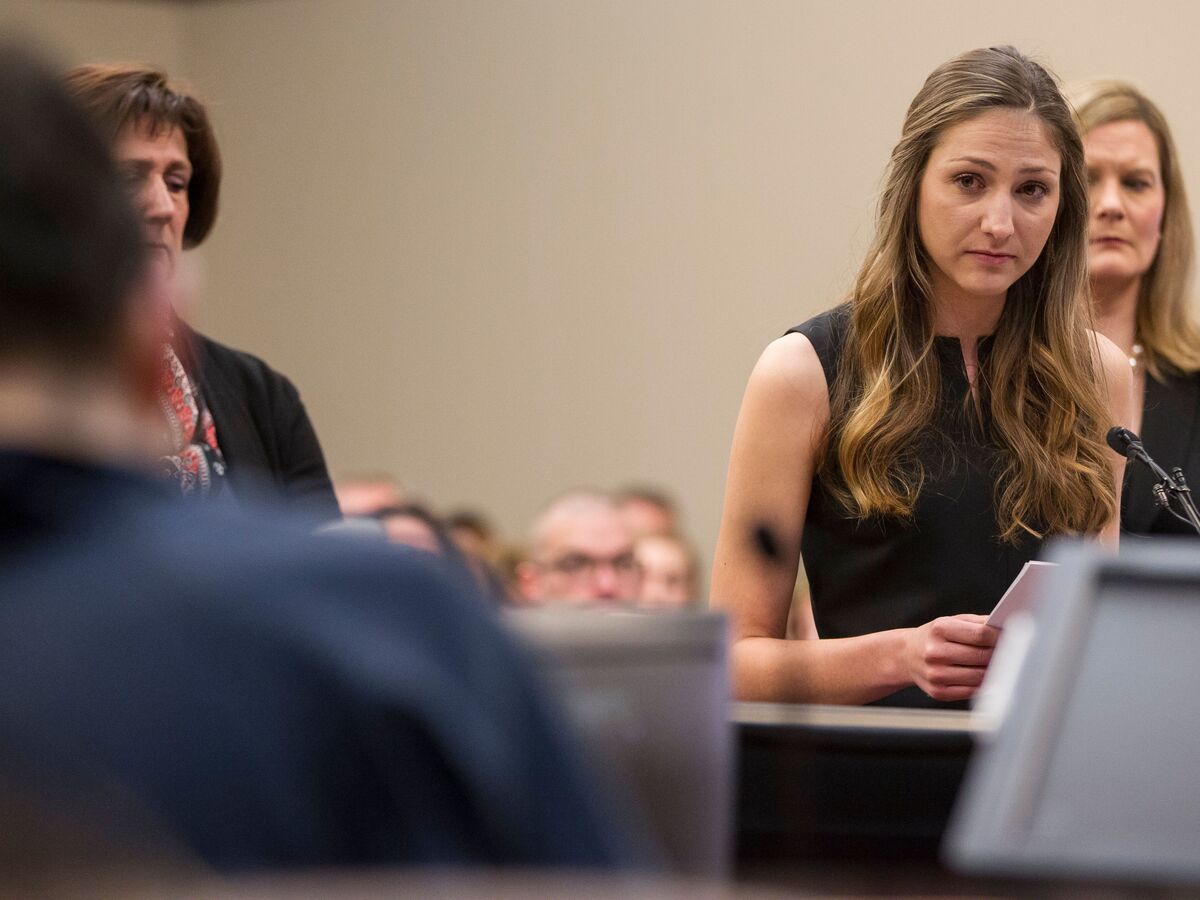 Kyle Stephens was the first person to testify last week during Larry Nassar's sentencing hearing in Michigan. The former USA Gymnastics team doctor has admitted to having sexual contact with minors.

It began when she was in kindergarten. Kyle Stephens, one of more than 80 women to come forward last week with accusations of abuse, told a judge that the former team doctor for USA Gymnastics sexually abused her for six years.

Stephens was the first person to testify during Larry Nassar's sentencing hearing in Michigan, and more are expected to give statements this week. Nassar has admitted to having sexual contact with minors and was sentenced to 60 years in prison on separate federal child pornography charges. He's been accused of sexually abusing more than 140 women and girls, among them Olympic gymnasts McKayla Maroney, Simone Biles, Gabby Douglas, Jordyn Wieber and Aly Raisman.

During her testimony, Stephens spoke directly to Nassar, recounting how her parents did not believe her when she told them about the abuse. They confronted Nassar, who told her "no one should ever do that" and that she should tell someone if that were to happen.

"Well, Larry, I'm here — not to tell someone, but to tell everyone," she said in court.

Her powerful words have become a national news story on their own. Stephens spoke with NPR's Lulu Garcia-Navarro about her testimony and what it has been like to see so many women also come forward.

On when she told her parents about the abuse

My parents were good friends with Larry Nassar and his wife Stefanie. So when I accused him — those details are super uncomfortable, as you can imagine — so I didn't divulge all of them. And so my parents ended up choosing to believe him and then kind of conversely them believing that I was a liar and that I would lie about something so horrific really created a huge rift in my family.

On if she knew how many others there were

I knew that there were so many others. The prosecutors and the detective had kind of kept me updated on the numbers whenever we spoke. But I think once you get in there and all these numbers, now they have faces and they have moms and they have dads. And then they get up behind that podium and now they have a story. You feel sadness because they're so bravely standing up there and talking about their raw pain, and then you feel so proud of them that they're able to do that, not only to him but in front of the whole world because so many of them have chosen to be publicly identified. And then I think you also feel a little bit of relief because you're listening to them detail their pain, and as much as you don't want them to be going through it now you're not the only one. And you know you're not crazy. Now all those feelings and those emotions aren't really a part of your personality, like you believed. But they're a symptom of what Larry Nassar did to you.

On the power of the testimony

I mean we need to translate all of this into processes and policies that support reporting and prevent this from happening, and the fact that Michigan State and USA Gymnastics are on the first step where they don't want to admit that they have a problem or that they're a part of the problem — they're just holding all these women back from healing. They are a roadblock on our path to change.