Accessibility links
Voices Of America's Contract Workers: 'I Love The Freedom' One in five American workers identifies as a contract worker, according to a new NPR/Marist poll. The titles, salaries and locations vary, but the joys — and fears — are similar.

Flexibility, freedom, uncertainty, insecurity. These are the words contract workers use to describe their jobs. These impermanent jobs are now built into the fabric of America's working life. They have become a new normal. NPR talked to dozens of contract workers around the country; their jobs, salaries and locations vary greatly, but all touch on similar themes in their experiences.

One in five people in America's workforce identifies as a contract worker, according to a new NPR/Marist poll released Monday. These workers are overwhelmingly male, and most are under 45. Close to half of contract workers say their income changes month to month, or seasonally.

Rise Of The Contract Workers: Work Is Different Now

Many workers cite frustration and stagnation as reasons for abandoning traditional, permanent positions. Many of them love the flexibility that such jobs offered. Some make close to $250,000 a year; others, $11 an hour. Those without benefits say they prayed not to get sick and feel stress over planning for retirement. Here are some of the workers NPR spoke to, in their own voices: 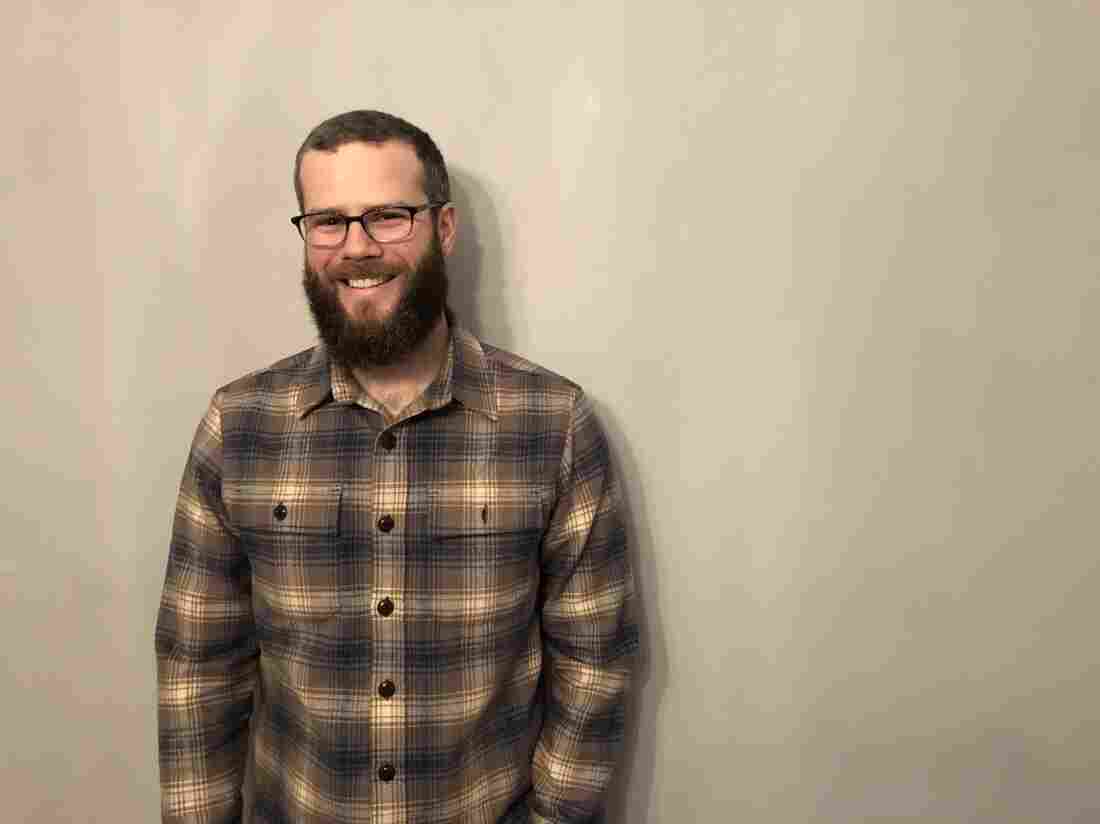 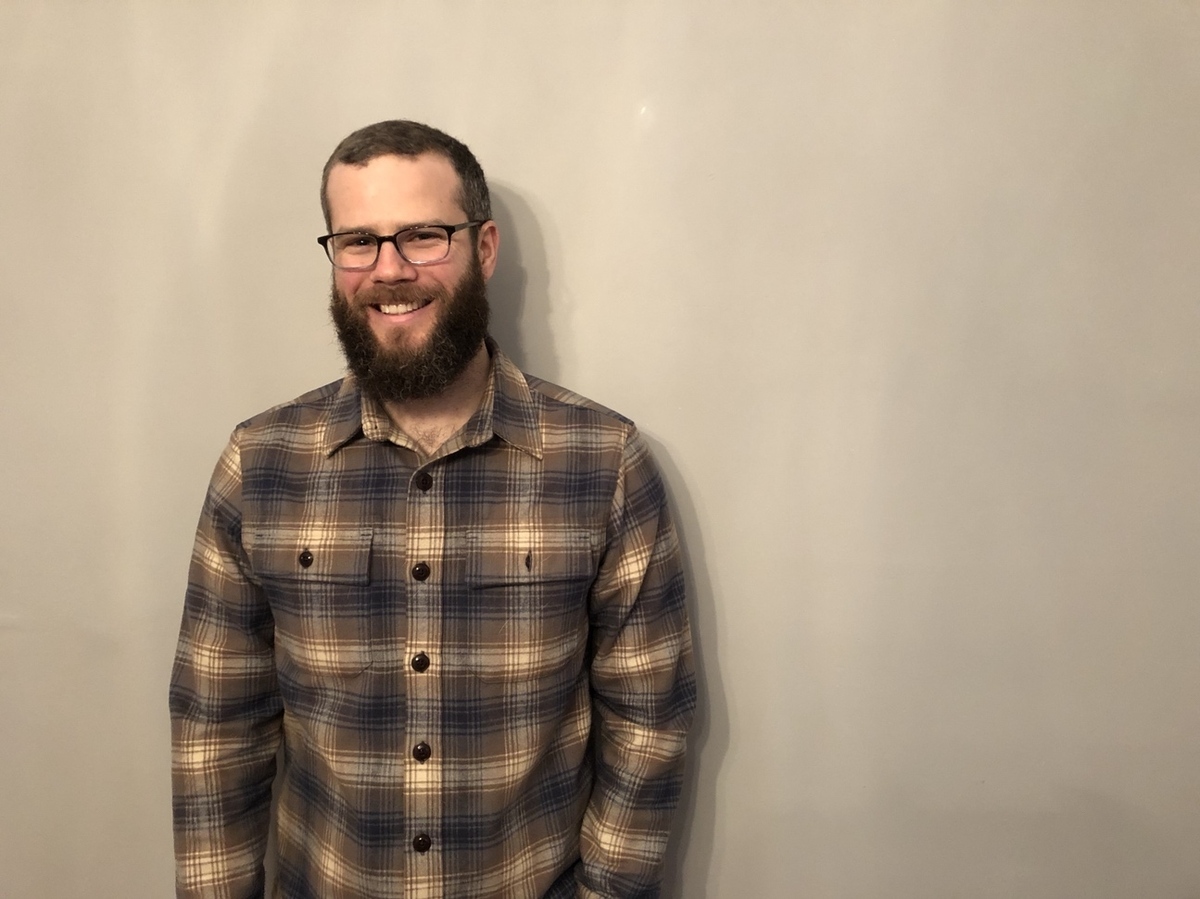 "It is not nearly as glamorous as I thought it would be, but I love [the] freedom."

"I'm doing this for the lifestyle," says Tannenbaum, who consults for companies on ways to enhance teamwork. He says he likes being able to "take time off when I want to, and not justify it to someone ... and have ownership over my life." But contracting has been "feast or famine," he says. He receives benefits through his wife's employer but says "there's emotional fluctuation that comes with the uncertainty" the work brings. The couple's American dream isn't about ownership, he says, but about experiencing as much as they can.

"If I had a standard emergency medicine job, I could never do those things."

Not many physicians have worked with patients at dozens of hospitals throughout the country. Miller has. "You pick where you want to go, and you pick where you want to work," she says. Miller does shift work at hospitals that are short on emergency physicians; she lands her gigs through a staffing agency. She has spent quick weekends in North Dakota and New York City, and weeks on a merchant marine ship teaching CPR. The flexibility has allowed her to build up savings and travel frequently. Later this year, she plans to pick up a part-time position for its benefits. 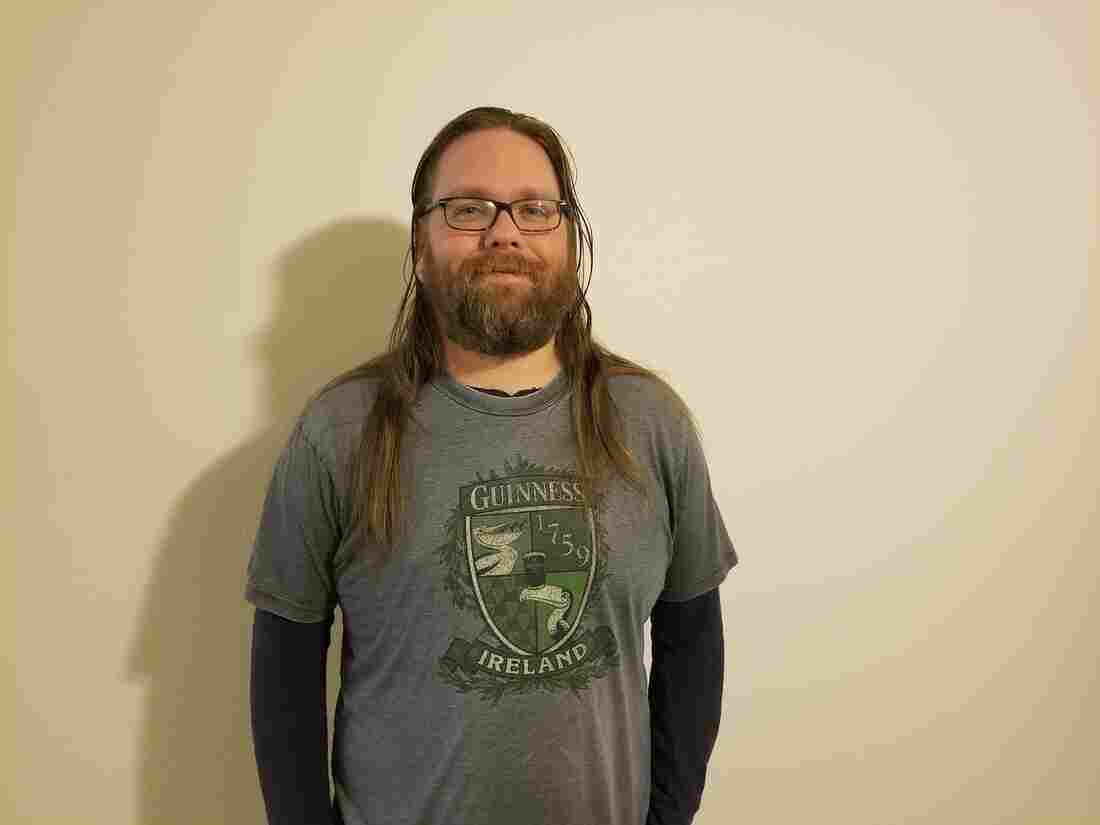 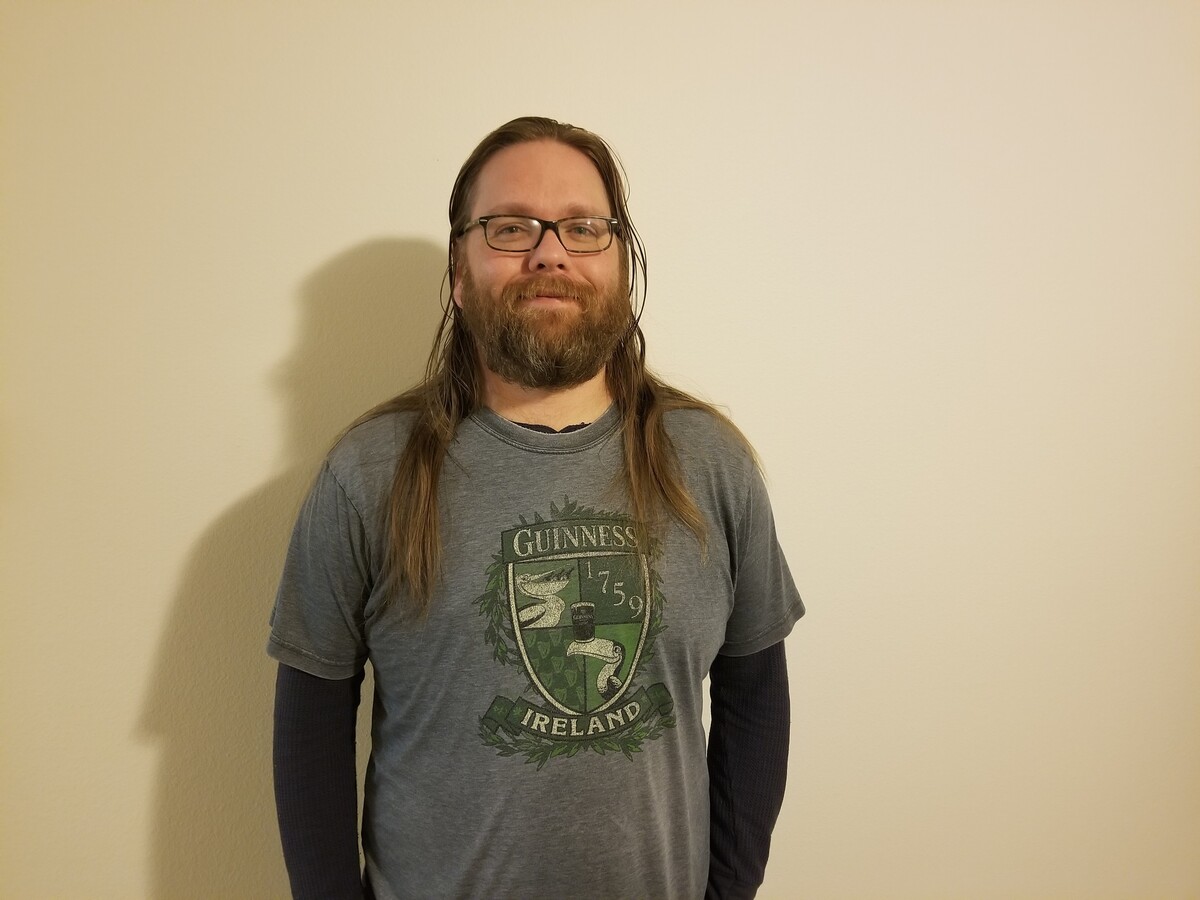 "I'd just like a nice, boring job where I can go in everyday and do work that I'm happy and proud about, and not have to be scared about being laid off."

Climer messages about four customers at a time as he helps them figure out how to use tax software. He landed a six-month contract through a temping agency after several months of unemployment. "I put my resume absolutely everywhere. ... Eventually this worked out." Climer, who has an associates degree in graphic design, graduated to grim job prospects during the 2008 financial crisis. He is unsure about how hard he can lean on the temp agency to find his next gig. He gets health care through his husband's employer and says their American dream is "simple": "We don't own a home, and we don't want to. We're totally fine with an apartment. We live like monks. We don't want anything crazy — just a comfortable home, cars that are running and a Netflix account." 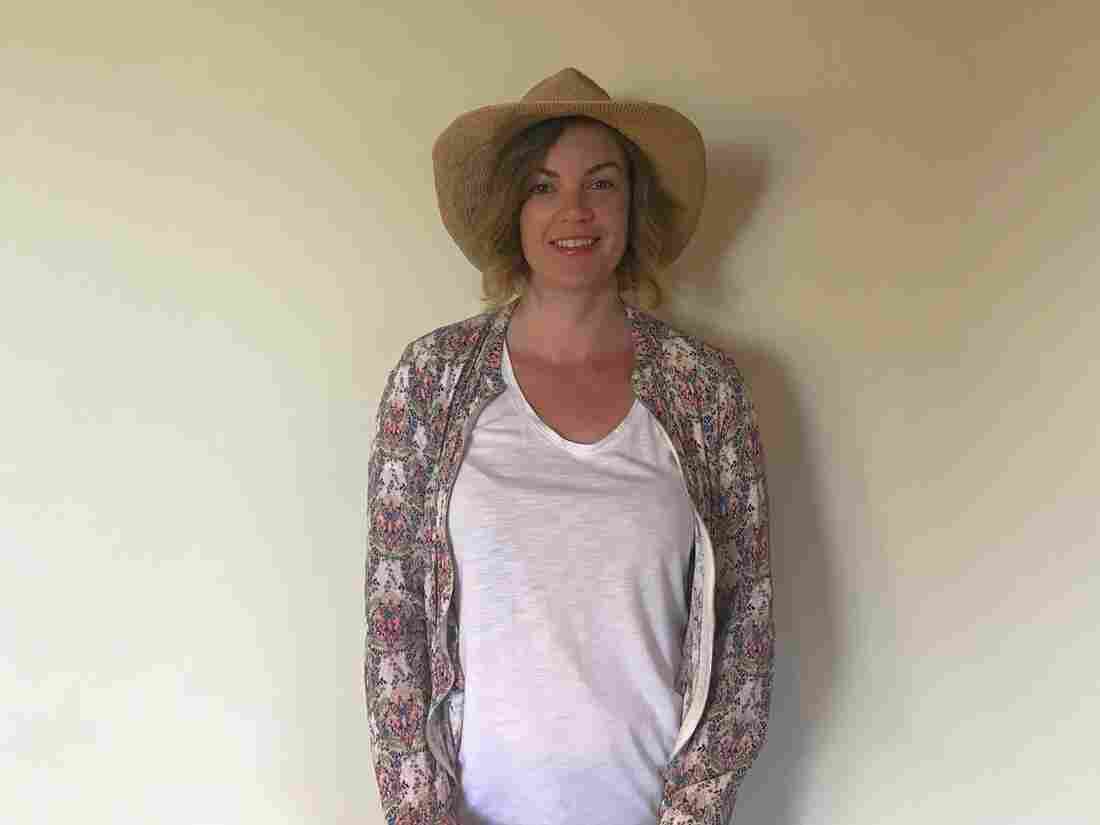 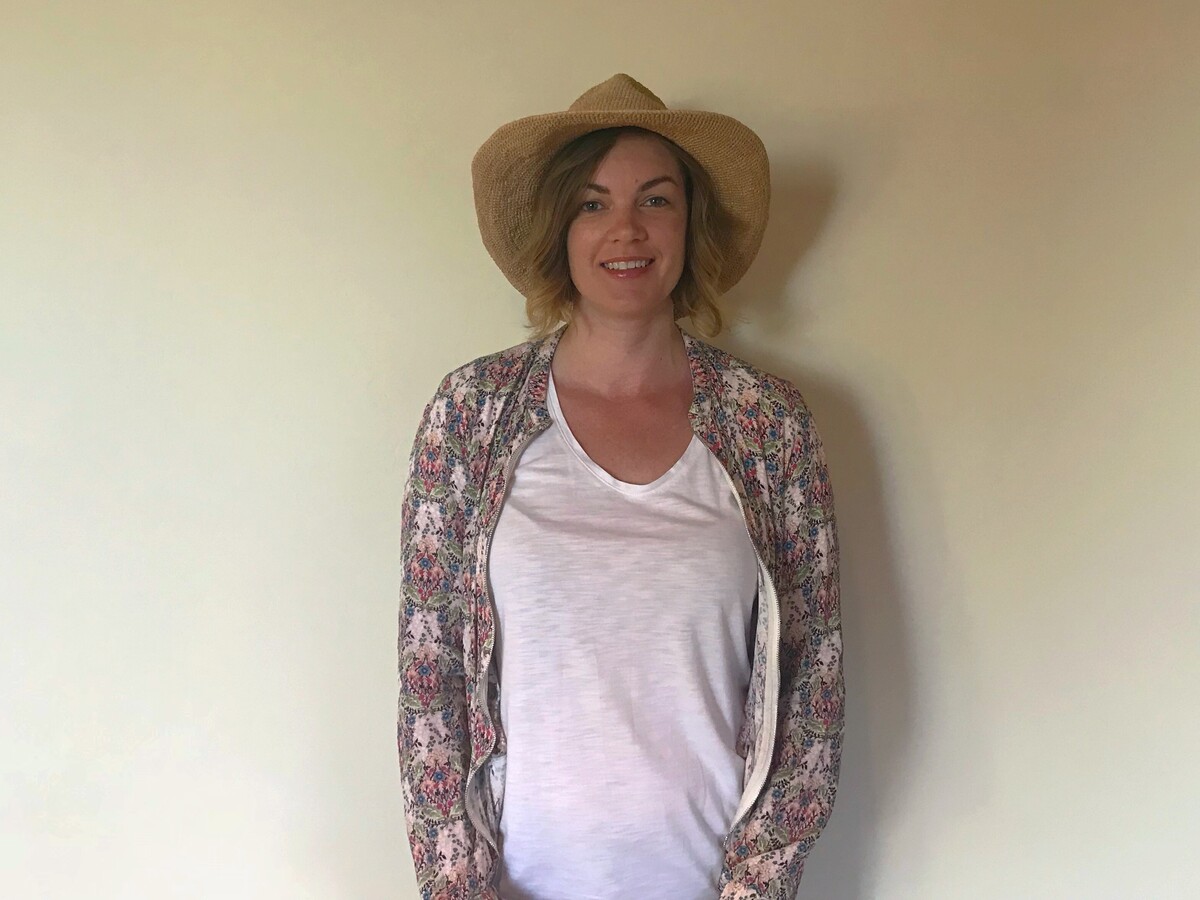 "I feel like I've sort of achieved my version of the American dream."

Hodgson quit a job at a software company and now consults on software she helped develop. She helps hospitals across the U.S. install and manage an electronic medical records system. She travels to hospitals Sunday through Thursday and spends the weekends at home. "I'm not looking to any changes to my situation," she says. "I'm very happy." 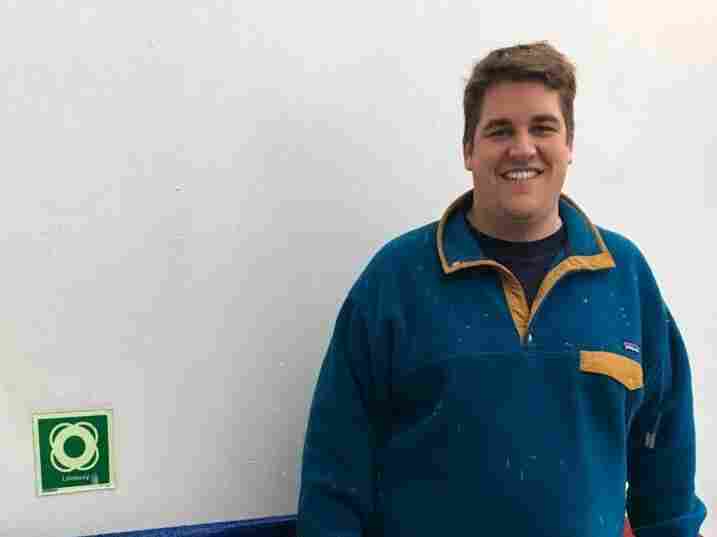 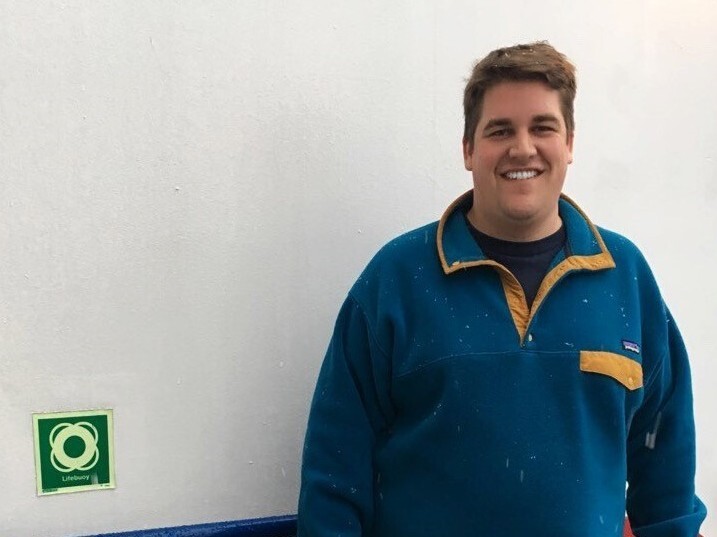 "We just want the same thing. We do want stable income; we do want to own a house."

"China, Japan, South Korea, Germany, Belgium, England, Spain, Yemen ... and where else? Oman?" says Isaksen, listing the places he has traveled to through his work. Working under contract for three to four months straight, he lives on a boat where he stands on navigational watch. That's followed by three to four months of paid vacation time onshore. "The goal is to work six months out of the year and make enough money" before finding a new contract as his vacation time ends, he says. "It's not for the faint of heart. You miss out on family and friends and girlfriends, holidays and birthdays." Isaksen has his eye on starting a family and owning a home, and he doesn't see himself doing contract work with this kind of schedule for more than a couple of years.

"I'm the master of my day to a large extent. In terms of why I do contract work, I think that's a key thing."

Katarsky's gigs have ranged from one-off magazine articles to longer-term projects relaunching websites. She says being the master of her schedule has allowed her to enjoy her work more. "Since I was a little kid, I thought playing with words was fun. ... Now it doesn't really feel like work to me," she says. "I've been very happy." Her income fluctuates, but she says she makes roughly the same amount as in her old corporate job — while working half the hours. She juggles multiple projects at once, focusing on those that allow her to spend time with her son. A downside of being self-employed is paying the full price for health insurance, she says, but it's bearable. "I like having the flexibility... I'm not beholden to someone's schedule, which has become more important to me as I've gotten older."

"I've kept my skill set diverse; you don't get stuck in a rut."

"My folks worked for the same place for 35 years and retired from there and that was never an option for me," Deuberry says. "You can't trust companies to look out for your best interests anymore." After his corporate job was outsourced, he got into contract work. That has allowed him to make enough money beyond making ends meet, but he worries about not being able to find work if the economy takes a downward turn. "I've got the house, got the car, got a kid," he says."I'm pretty content making the money I'm making now. It's more than I need, honestly." 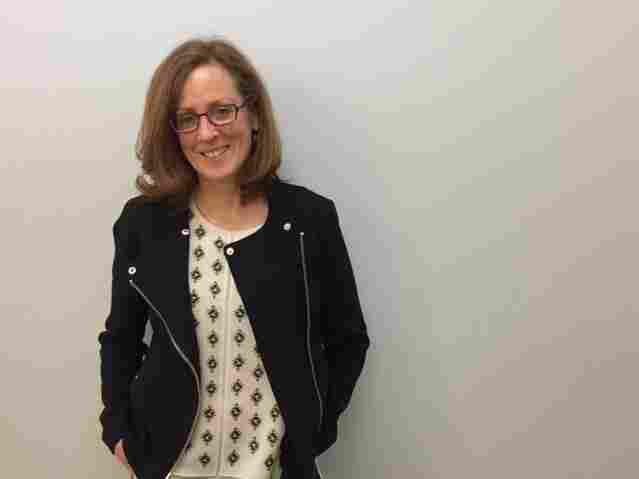 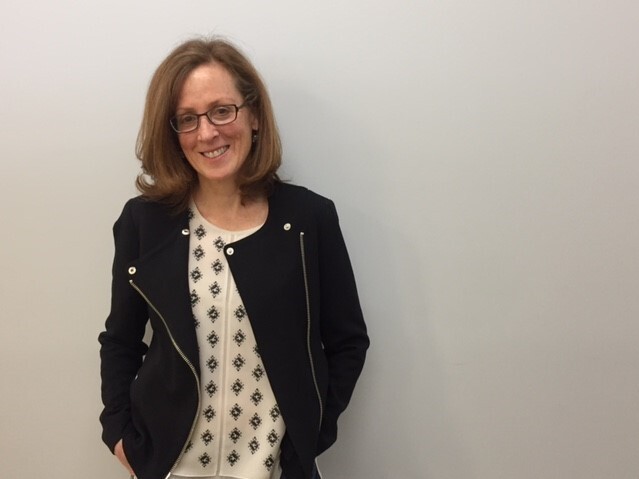 "Quite frankly, it's a lot easier to do if you have a partner who also has a job."

"Covering for people on maternity leave is my bread and butter," Dougher says. She was previously a vice president at an advertising firm and finds the freedom and flexibility of contract work the best part of the job. Dougher receives health care and other benefits through her husband, with whom she often travels, and she says she'll never go back to a permanent position that doesn't allow travel flexibility. She takes inspiration from the country's most iconic TV chef. "Julia Child loved doing what she was doing until she was pretty much dead," she says. "I expect to be working and engaging with something as long as I can. The idea of retiring and doing nothing does not appeal to me." 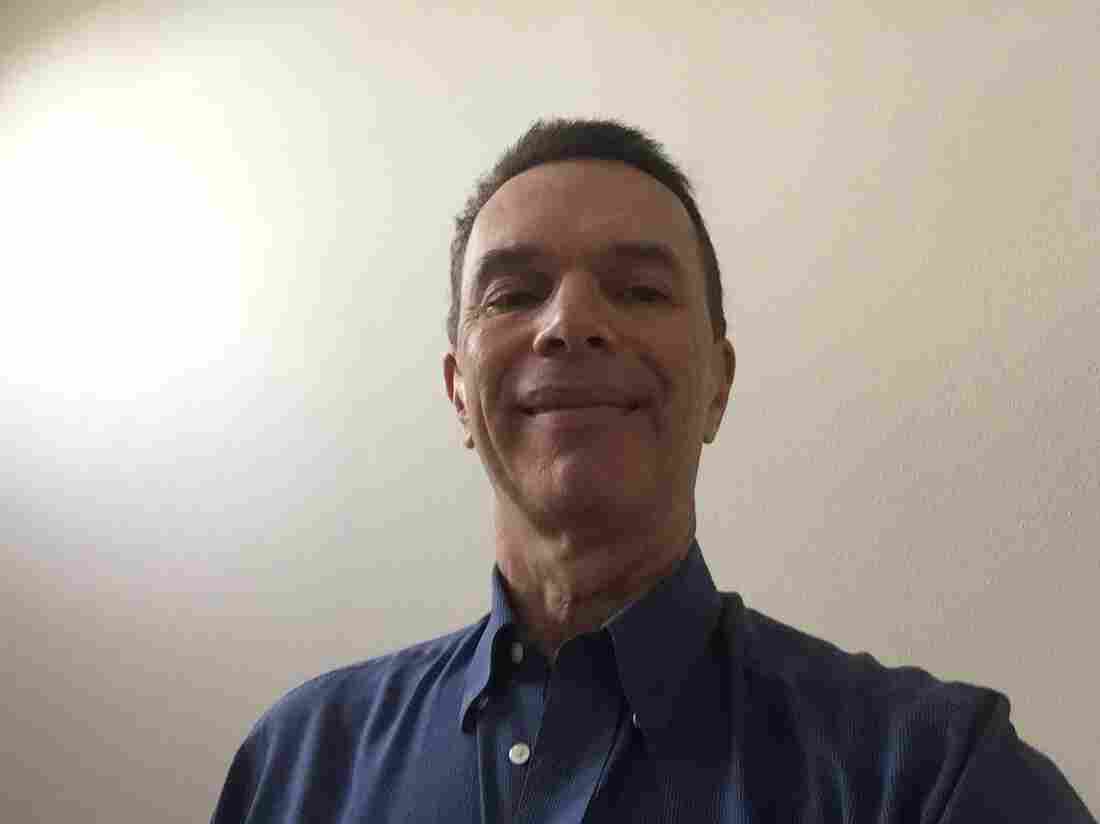 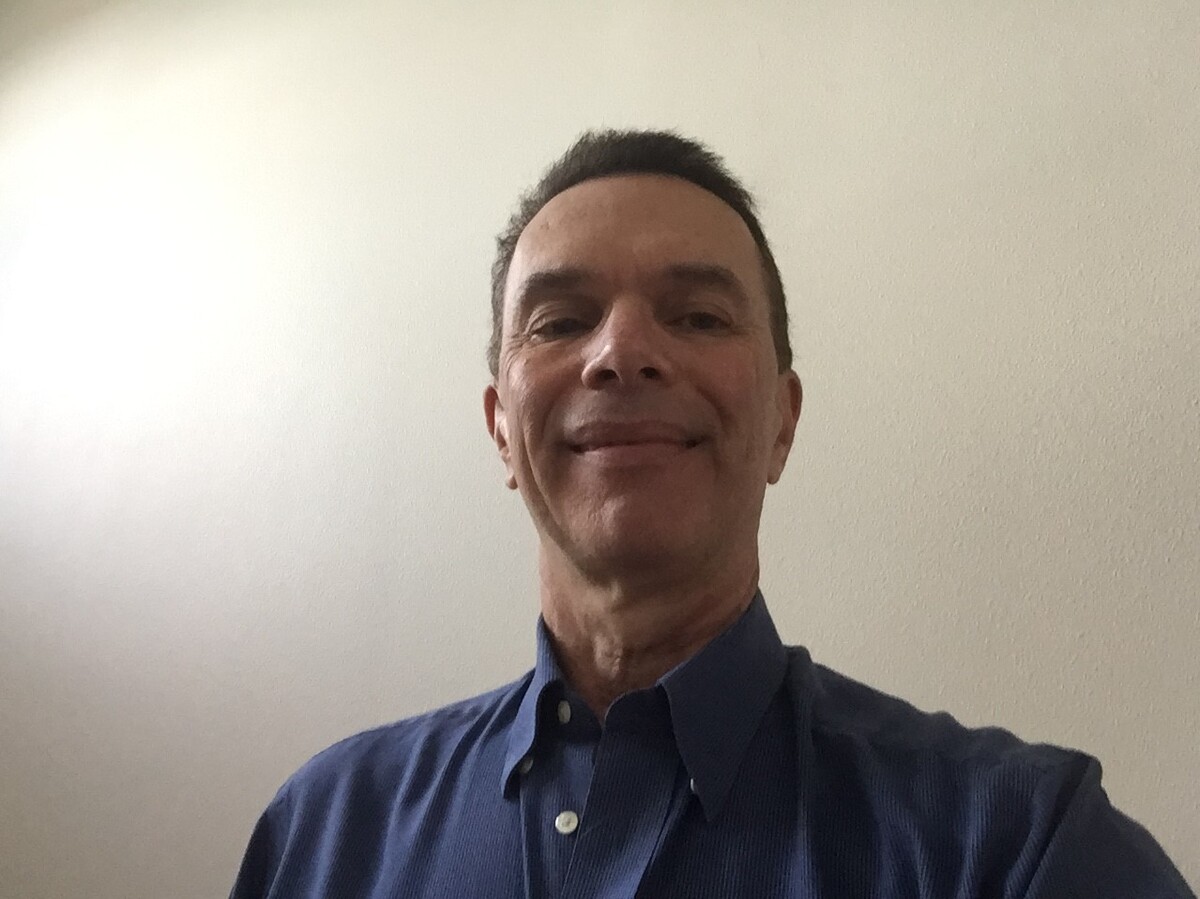 "I get health care through my wife's employer. Before that ... I had to get something on my own, and ... hopefully I didn't get sick."

Erdle is a seasoned contract worker: Since leaving the corporate world more than 20 years ago, he's had over 100 contracts, juggling five or six at a time. He fills a temporary HR need for companies: analyzing pay and developing salary structures. Erdle loves the flexibility of working from home and considers himself quite successful — he is a homeowner, is happily married and receives benefits through his wife's employer. But he is always preparing for potential famines: "You need probably a year's worth of salary saved up for the inevitable times of no income." 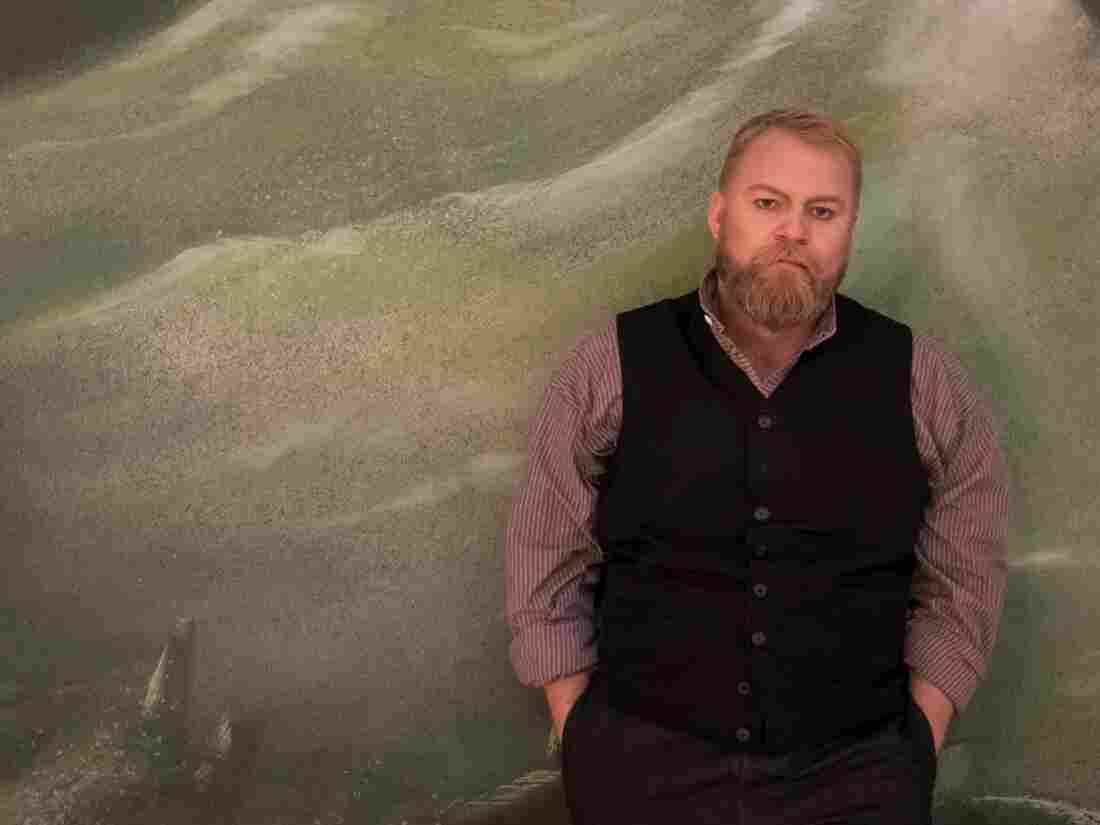 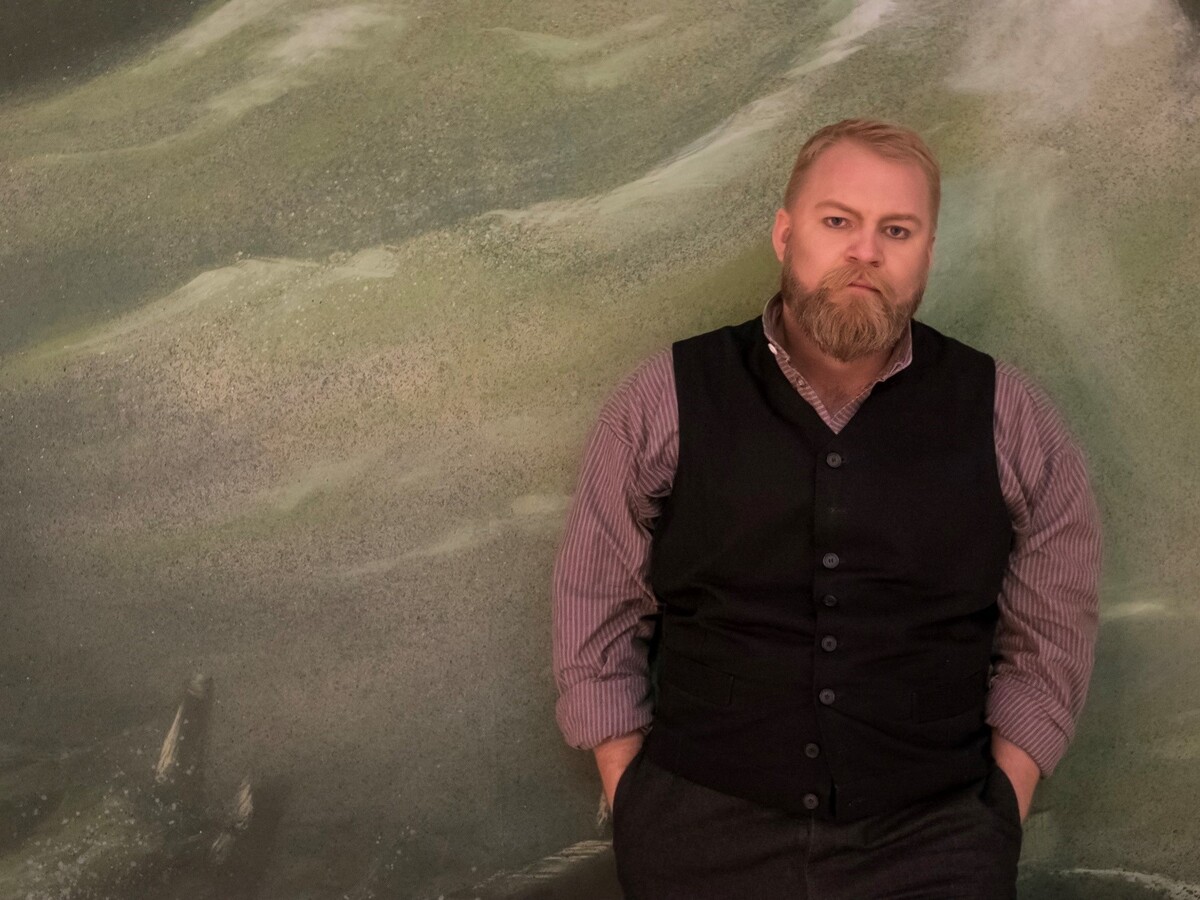 "It just depends on how long my voice holds out. … We do have an expiration date."

Gunnell, currently performing in Italy, says being his own boss makes the lack of benefits worth it — and he's had gigs in nearly a dozen countries. "In each job that I do, I have a stage director or an orchestra conductor who are my bosses for the time that I'm working there," he says. "If it goes great, fantastic. If it's an awful job, I just have to get through safe to the end of it." But his craft comes with its own unique challenges: His singing voice will eventually give out, and he says there is no way he can retire without picking up another job after that happens.