Accessibility links
Undocumented Irish Caught In Trump's Immigration Dragnet Mexicans, Central Americans and Haitians make up most people removed from the U.S. But year-end figures analyzed by NPR show that deportations to the rest of the world have jumped 24 percent. 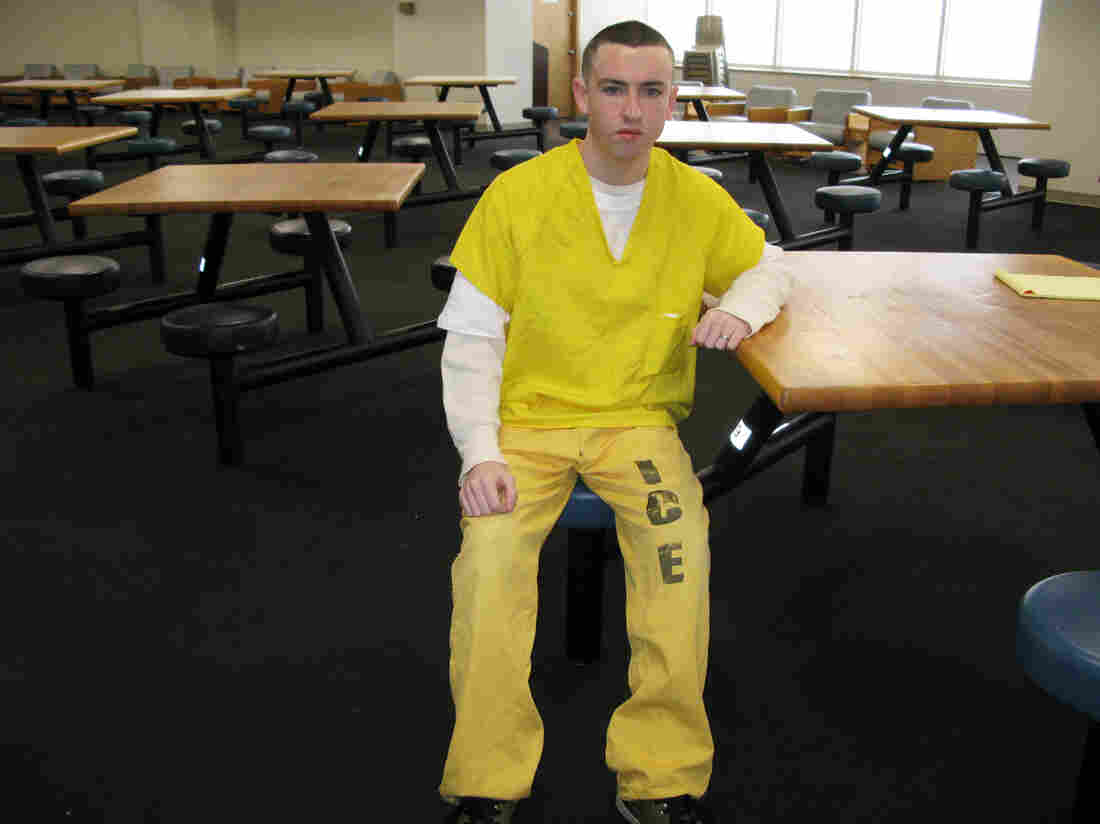 Dylan O'Riordan, 19, has been detained by Immigration and Customs Enforcement for four months and is scheduled to be put on a plane to Dublin later this week. John Burnett/NPR hide caption 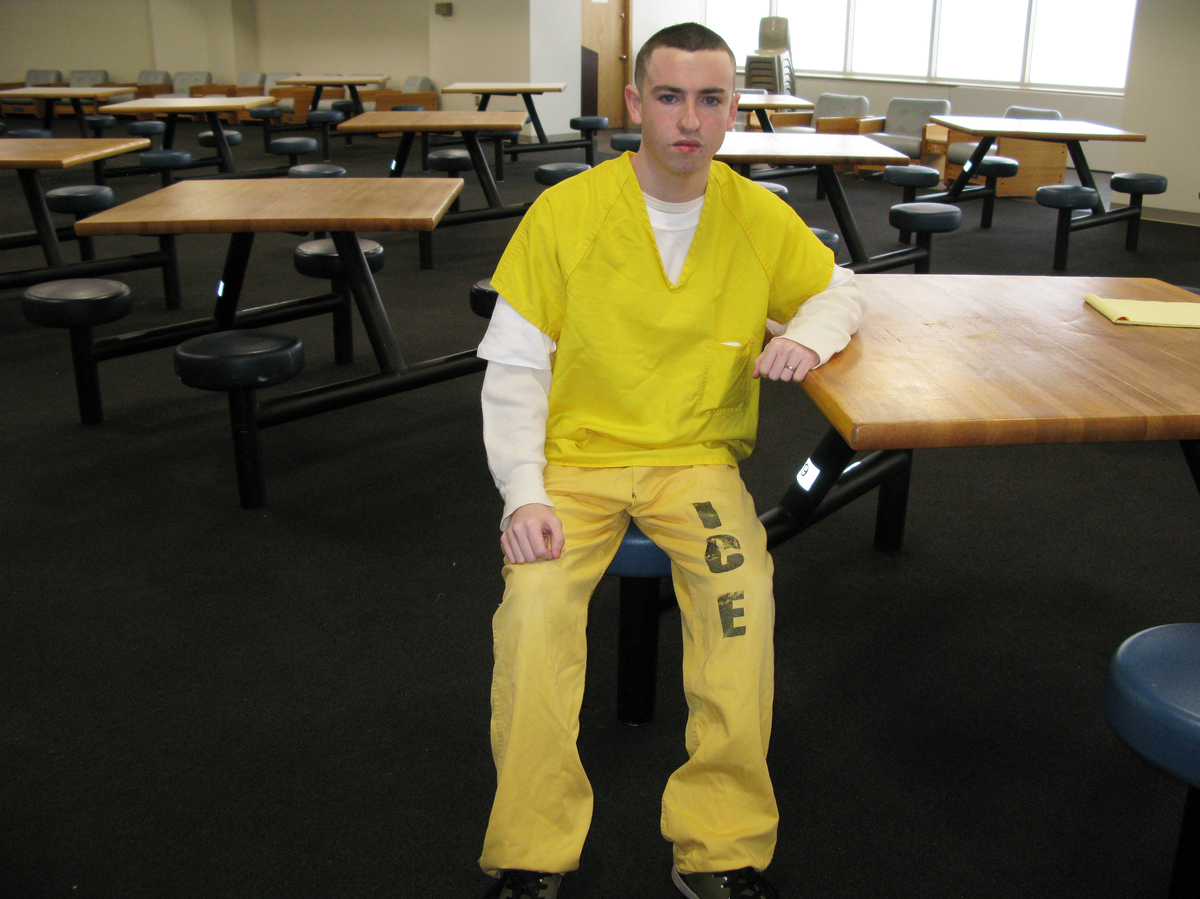 Dylan O'Riordan, 19, has been detained by Immigration and Customs Enforcement for four months and is scheduled to be put on a plane to Dublin later this week.

The Trump administration has been aggressively deporting foreign nationals home around the globe, from Somalia to Slovakia. Though Mexicans, Central Americans and Haitians make up 9 out of 10 people removed from the United States, year-end figures analyzed by NPR show that deportations to the rest of the world have jumped 24 percent.

Some are from formerly "recalcitrant" countries that used to reject U.S. deportees but have now agreed to take them. These nations include Guinea, Cuba, Bangladesh, Iraq, Vietnam and Afghanistan. Moreover, agents with Immigration and Customs Enforcement are arresting more immigrants in the interior of the U.S. who have overstayed their visas.

A case in point — the unauthorized Irish in Boston.

"It's really indiscriminate. ICE, in their aggressive tactics of detention, are going after the Irish as much as they're going after any other nationality," says Ronnie Millar, director of the Irish International Immigrant Center in Boston.

Sitting in the visiting room of the Suffolk County House of Corrections, Dylan O'Riordan, 19, wears a lemon-yellow jail jumpsuit and a bewildered expression on his pale face.

"I was aware how with Trump immigration was going to get a lot harder, but I didn't pay as much mind to it as I should have, which was my first mistake," he says.

O'Riordan was born in Galway, Ireland. Both of his parents had lived in Massachusetts before he was born and already had green cards. They brought Dylan from Ireland to the Boston area in 2010 on the visa waiver program. He was 12 years old. He overstayed his 90 days, and began living his life like any other American teenager, though he was unauthorized. 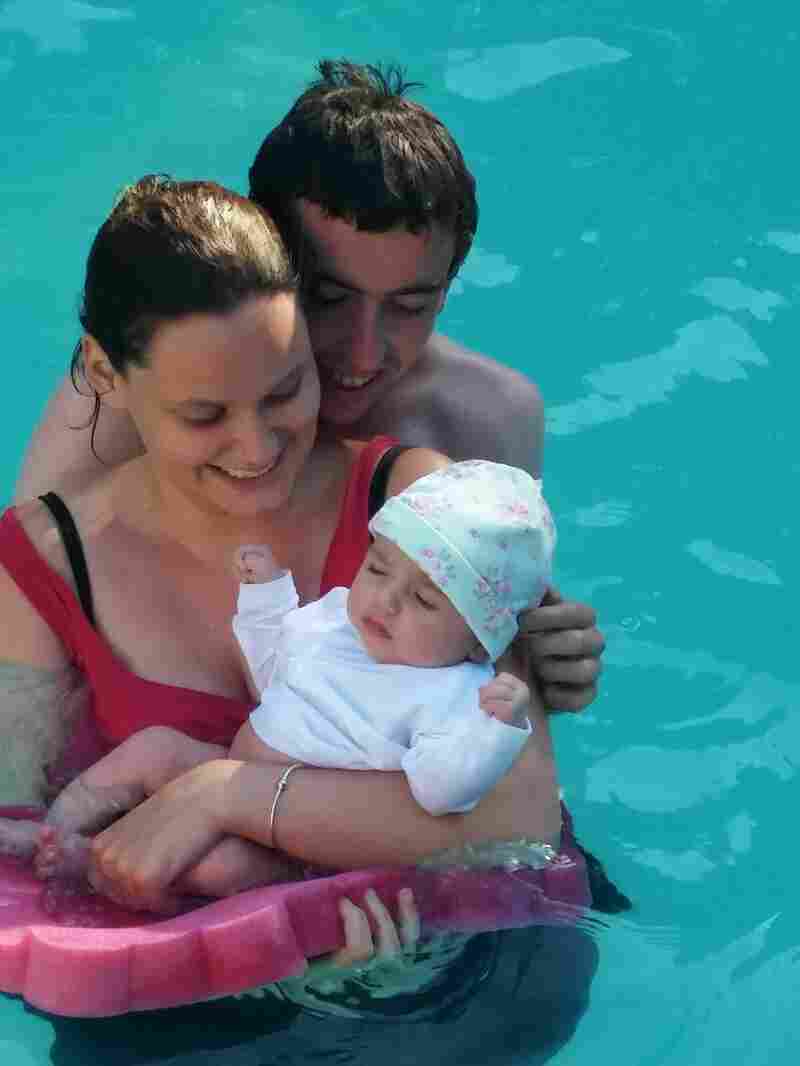 Brenna and Dylan O'Riordan hold their daughter, Delilah. The couple was recently married in the jail chapel. Courtesy of Brenna O'Riordan hide caption 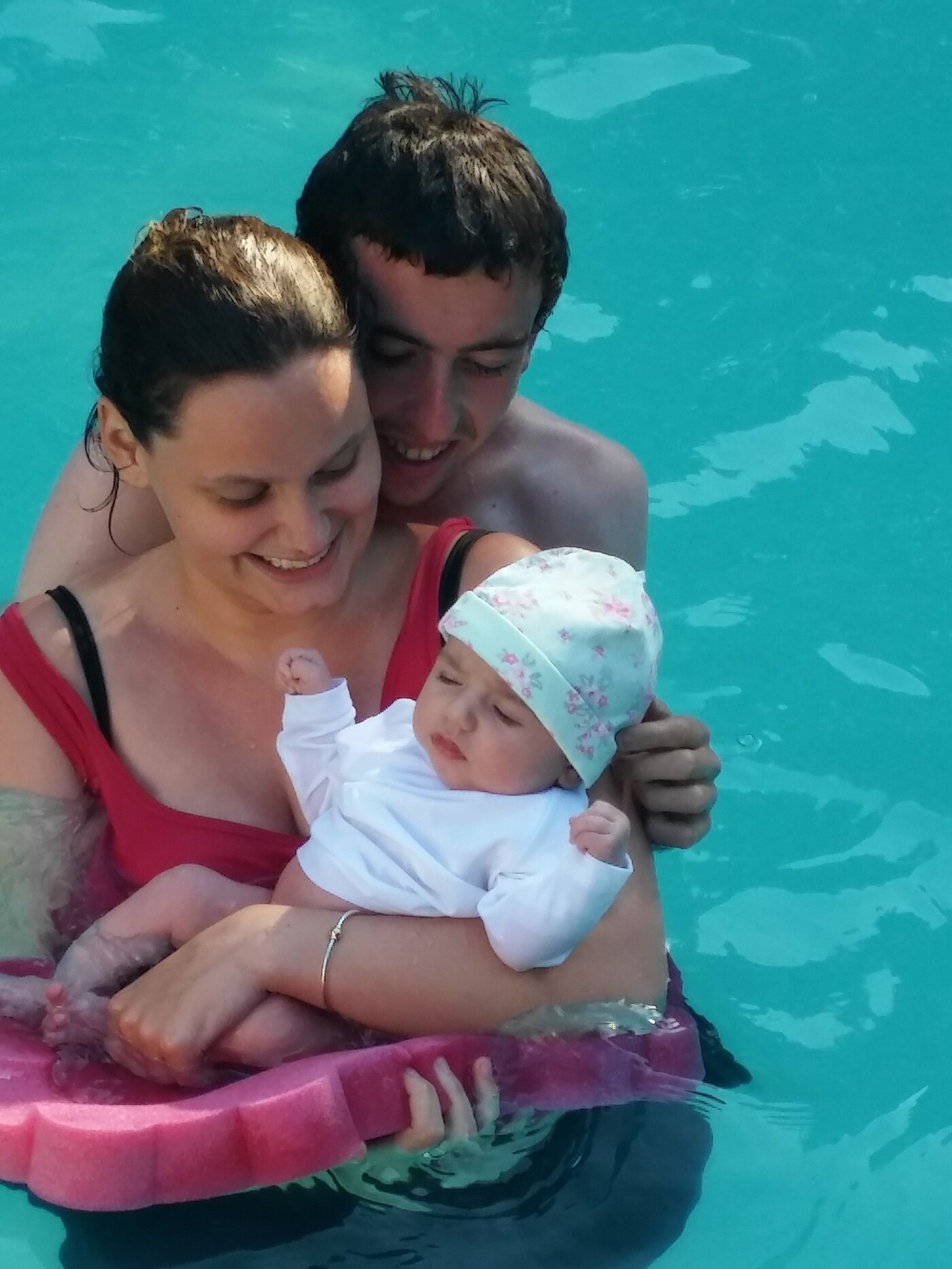 Brenna and Dylan O'Riordan hold their daughter, Delilah. The couple was recently married in the jail chapel.

At 19, he had a child with his girlfriend, Brenna, then dropped out of high school and went to work for his uncle's roofing company. About four months ago, he and Brenna were shopping at a mall when they got into an argument. Brenna denied she was assaulted. "It was nothing at all," he says. "Some woman called the cops, said I was abusing my girlfriend."

O'Riordan was arrested for domestic assault and battery, but Brenna denied she had been assaulted. The county chose not to prosecute. O'Riordan had no prior criminal record, so the judge let him go.

Then, when he walked out of the holding cell, ICE agents were waiting for him. Someone in the courthouse had tipped them off. He has been locked up for four months now.

Visitors from some countries with good U.S. relations don't need visas. But they're at a disadvantage compared with immigrants who illegally cross the border. They don't have a right to an immigration hearing if they stay past 90 days.

O'Riordan's lawyer, Tony Marino, points out that his client was brought here when he was a child, but ICE won't budge.

"Their position has been, well, he waived whatever rights he had when he came," says Marino. "Twelve-year-olds don't waive rights! I've never seen anything like it. I can't wrap my head around it."

The ICE office in Boston sent a statement to NPR: "Dylan O'Riordan ... overstayed the terms of his admission by more than seven years. ICE deportation officers encountered him in Sept 2017 after he was arrested on local criminal charges. ICE served him with an administrative final order of removal." He is scheduled to be put on a plane to Dublin later this week.

"You look American; you sound American"

O'Riordan is not an isolated case. Irish visa overstayers have been swept up in the administration's nationwide immigration dragnet. Under strict new rules, anyone here illegally is a target — whether they're convicted of a crime or not. In 2017, ICE deported 34 undocumented Irish, up from 26 the year before. The numbers are tiny compared with the 128,765 Mexicans ejected from the country last year, but in Boston's closeknit Irish community the wave of arrests is big news.

Tommy O'Connor, a bartender at the Green Briar Irish pub, says his undocumented Irish customers are wary these days.

"It makes everyday life more difficult," he says. "For a simple traffic stop they can be deported."

He tells the story of a prominent local Irish immigrant, John Cunningham, who went on camera with an Irish TV crew last year talking about his fear of living illegally in Boston. Weeks later, ICE arrested him and sent him back to Ireland.

"It was a shock because it wasn't during a traffic stop, he was arrested in his home," O'Connor says. "It means it could happen to anybody because he was a very well known figure in the Irish community."

Millar, director of the Irish International Immigrant Center in Boston, says that Irish immigrants are "on high alert."

"They have no confidence that the color of their skin provides any protection for them," he says.

O'Riordan didn't necessarily think being white would save him from deportation orders. He thought staying out of trouble would keep him under the radar. He says other detainees are surprised he was arrested.

"They're like, 'Are you supposed to be here? You're basically American. You look American; you sound American.' "

O'Riordan says he is confined with 150 other men in a section of the county jail contracted to ICE.

"There's a lot of people from El Salvador, a lot of Guatemalans, couple of Haitian people, and I'm the only Irish in the whole facility."

The Boston ICE office said in a statement its agents are indiscriminate in whom they arrest and deport: "ICE is apprehending all those in violation of immigration laws regardless of national origin."

Ireland estimates as many as 50,000 unauthorized Irish are living in the shadows in America. Their government is so concerned that the prime minister has appointed a member of Parliament, John Deasy, to be special envoy to the U.S. Congress. His mission is to work out an immigration earmark for the unauthorized Irish, to find them a pathway to citizenship and get more work visas.

Fionnuala Quinlan, the Irish consul general in Boston, says with the island's small population there's hardly a family in Ireland that doesn't know of someone living illegally in the U.S.

"That's really why the government places such a strong emphasis on it," she says, "We know the impact that living an undocumented life has on people not being able to go home for funerals or celebrations, the fear and isolation that can result from that."

The Irish government is seeking a solution precisely because of painful cases like O'Riordan's.

A month ago, he and Brenna were married in the jail chapel. She wasn't allowed to wear a wedding dress so she donned jeans and a sweatshirt. He wore his jail clothes emblazoned with ICE. They were permitted to kiss and exchanged rings engraved with "FOREVER LOVE."

Brenna says she now plans to move to Ireland with their infant daughter, Delilah. She and Dylan hope their marriage will help him get a green card to return one day. Meanwhile, she says, she is being forced out of her country just to be with her husband.

An earlier version of this story incorrectly stated that Dylan O'Riordan was brought to the U.S. on a visitor's visa. He came under the visa waiver program.