Accessibility links
'Criminal Cabal'? FBI Fears Political Attacks May Imperil Work Of Field Agents Current and former special agents worry that the Bureau's tumble through the political spin cycle might hurt their ability to do their jobs across the country. 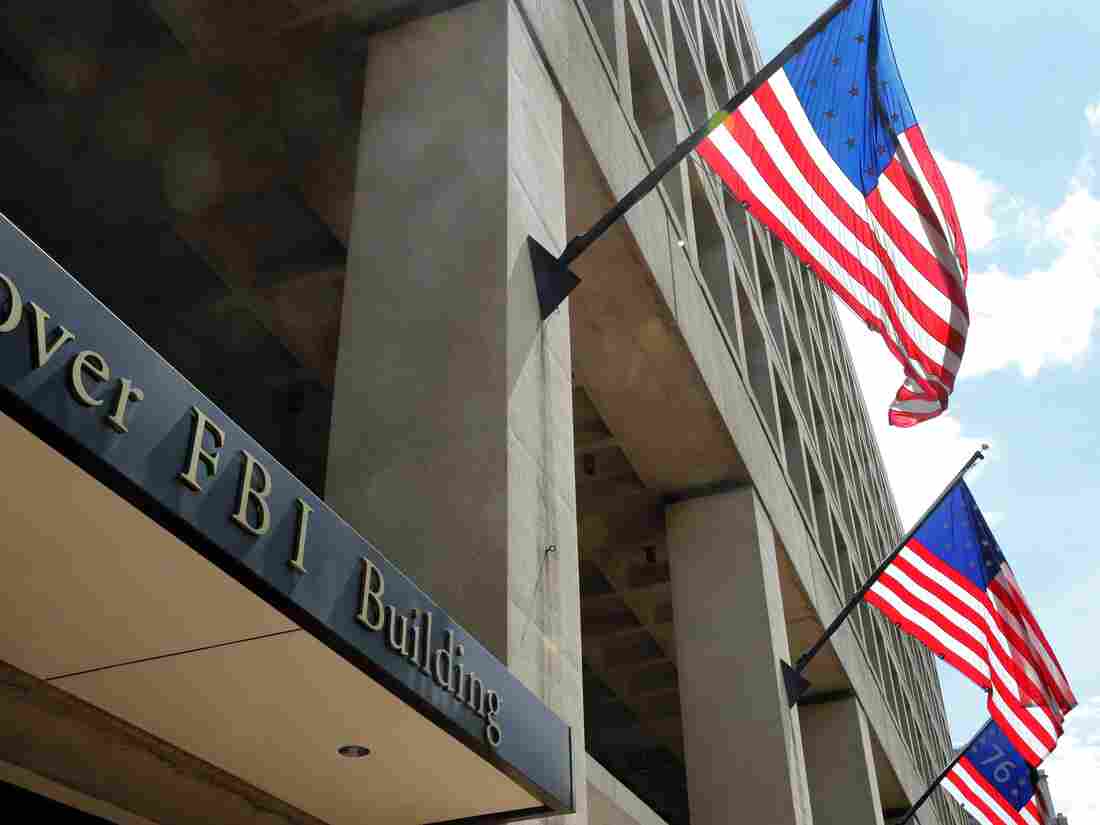 Current and former FBI officials worry damage to the Bureau's reputation might make witnesses or others hesitate when dealing with special agents in the field. Yuri Gripas/AFP/Getty Images hide caption 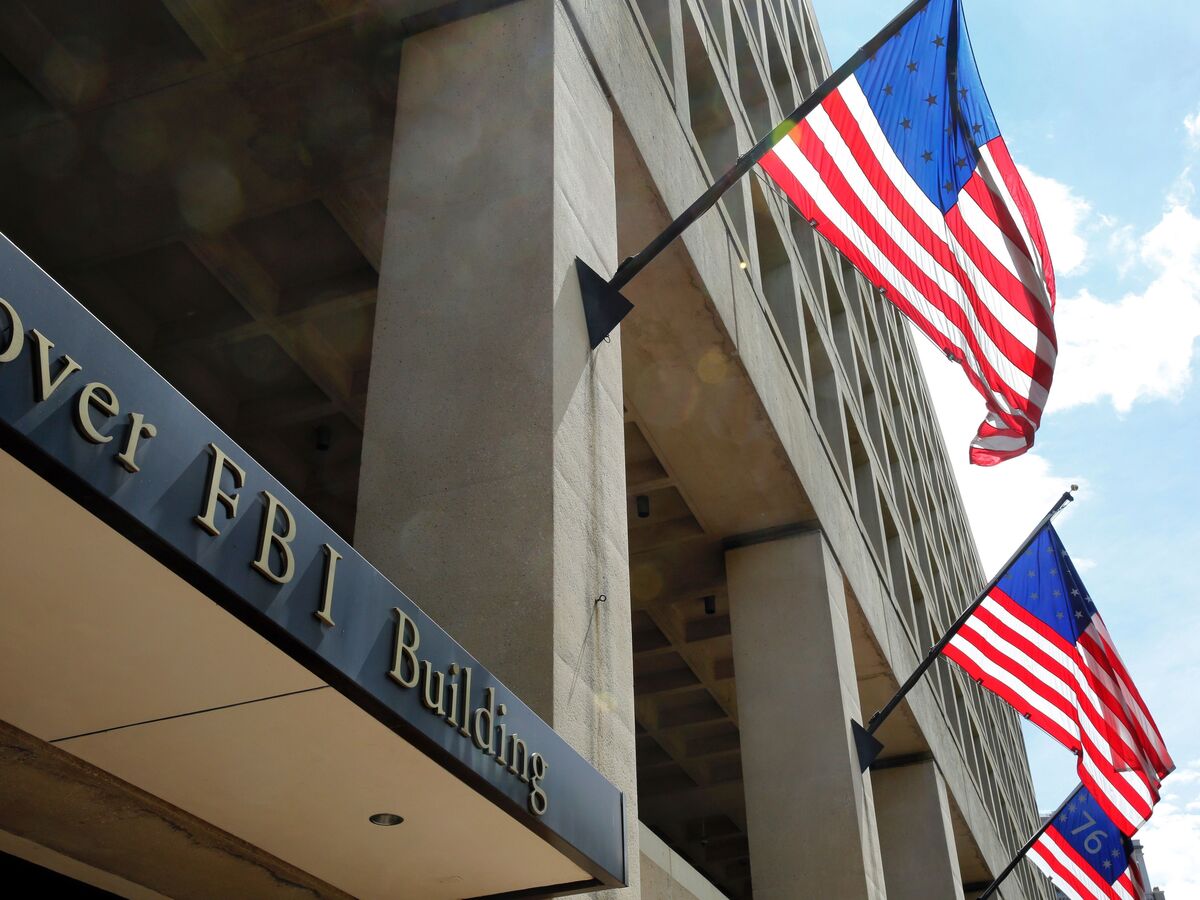 Current and former FBI officials worry damage to the Bureau's reputation might make witnesses or others hesitate when dealing with special agents in the field.

It has been called a "criminal cabal" rife with corruption. It's been said that its leaders need to be taken out in "handcuffs." And its reputation, one high-placed official has charged, is "in tatters."

The FBI has come under criticism before, but the ongoing barrage of allegations has left its current and former officials shaken. It also has fueled concerns that the bureau's reputation with the public could begin to crumble.

"We're very concerned about the credibility of the FBI because we're having to defend it on a daily basis and we've never had to do that before," said Chris Swecker, who finished his 24-year bureau career as an acting assistant director.

"There's been plenty of controversies but never accusations that the FBI has become a political tool for one party or another, or one set of political beliefs or another."

That is exactly the case, however, that President Trump, Republicans in Congress and their allies have been making for weeks — that "biased" investigators in the FBI and the Justice Department went soft on Hillary Clinton and cooked up a scurrilous case against Trump with the Russia investigation.

The FBI views itself as apolitical and above the petty partisan squabbles of Washington. Taking incoming fire from both Republicans and Democrats, FBI officials like to say, comes with the job.

Past controversies have largely revolved around the FBI's investigative or operational failures—think Ruby Ridge, Waco or Sept. 11. The current criticism, on the other hand, alleges that the FBI has in essence become a political crowbar to kneecap the Trump campaign and White House.

Those advocating this view can often be heard on Fox News.

Host Jeanine Pirro told viewers in December that "there is a cleansing needed in our FBI and Department of Justice," while Tom Fitton, president of the conservative group Judicial Watch said "there was no distinction between the Hillary Clinton campaign and the Department of Justice and the FBI."

Republican House Speaker Newt Gingrich told Fox that "it's pretty appalling, the level of corruption we're beginning to see in the FBI."

The bureau's critics point to anti-Trump text messages sent by a senior FBI agent involved in the Clinton email investigation and the Russia probe. They say those texts support their claims that the FBI is tainted by political bias.

Special counsel Robert Mueller removed the investigator, Peter Strzok, from the Russia unit once his messages came to light as part an internal investigation.

Democrats say the efforts to discredit the FBI are an attempt to distract from Mueller's investigation into possible coordination between the Trump campaign and Russia.

It's difficult to gauge whether the allegations have gained traction with the American public. Anecdotally, at least, former agents say they've had to answer family, friends and even strangers who have one question: what is going on with the FBI?

"We all get asked that. Even FBI agents ask that to each other. What's going on with the bureau? What do you know? Who do you talk to? What have you heard?" said Stephanie Douglas, a retired FBI executive assistant director for the National Security Branch.

Swecker said he was asked over the holidays whether the FBI had become a political tool.

"And what hurts, I think, is that in my conversations with neighbors and friends and family, there are some people who believe it," Swecker said. "If enough people believe it, it will have an impact on the agents on the street trying to conduct their investigation. They rely on people talking to them and believing in the credibility of the FBI."

Douglas, too, worries that the political allegations could hamstring field agents working cases that have nothing to do with politics or Washington, everything from bank robberies and terrorism to white-collar crime or kidnappings.

"There may be some temporary impact. When people feel like an organization like the FBI becomes political, it can impact the trust that certain people give the organization," she said. "Will that impact the public's ability to cooperate with an investigation?"

The political turmoil has bigger consequences for the 7th floor — the executive level — of the FBI's hulking headquarters on Pennsylvania Avenue in Washington than it has for the 56 field offices across the country.

Still, officials worry about the potential impact on work in the trenches.

In office meetings, agents have raised the allegations and the public's perception of the bureau, according to one FBI official who spoke on condition of anonymity in order to discuss internal discussions.

Agents remain focused on their mission — protecting the public — regardless of the political winds, the official said.

Neither FBI Director Christopher Wray nor former leaders have defended Strzok's messages, but they make the case that special agents and analysts and attorneys are allowed to have — and express — opinions.

With 35,000 people at work across the Bureau, such views span the spectrum. But not only would it be wrong to say the FBI is conservative or liberal, defenders argue, the point is that law enforcement officers are sworn to do their jobs without any partisan considerations.

"Obviously, FBI agents have political views," Douglas said. "But when it comes to dealing with investigations, it doesn't really matter what your viewpoint is. The investigations are made by evidence, information, intelligence, and that pulls together the facts that surround an investigation."

Personal opinions do not factor into a successful probe, she said, but "some discretion does need to be employed if you are in the midst of a very political investigation."

The critic in chief

One new wrinkle from periods of turmoil for the FBI is the president using his own bully pulpit to go after the agency.

Trump said in a December tweet that the FBI's reputation "is in Tatters—worst in History!" He's taken aim at the bureau's deputy director, Andrew McCabe, as well as former director James Comey.

Former FBI officials say the criticism from the president and other politicians is short-sighted.

"I think it's important for politicians to remember that the FBI is a core institution of the United States government, and making its mission more difficult or harming its overall credibility is not in the best interests of the country," said Konrad Motyka, a retired special agent and former president of the FBI Agents Association.

The key to that, former officials say, is for FBI workers to keep their heads down and do their jobs.

"It's important that the American people, regardless of their political affiliation, believe in the integrity of the FBI and the objectivity of the FBI," he said.