When Supreme Court Justice Ruth Bader Ginsburg began her legal crusade, women were treated differently than men by law. By the time she first put on judicial robes she had already worked a judicial revolution.

Today the issues are both the same and different. At front and center is the question of sexual harassment.

At the Sundance Film Festival on Sunday, Ginsburg had this to say about the #MeToo movement: "It's about time. For so long women were silent, thinking there was nothing you could do about it, but now the law is on the side of women, or men, who encounter harassment and that's a good thing."

Ginsburg isn't worried that the #MeToo movement might cause a backlash against women. "So far it's been great," she said. "When I see women appearing every place in numbers, I'm less worried about a backlash than I might have been 20 years ago." 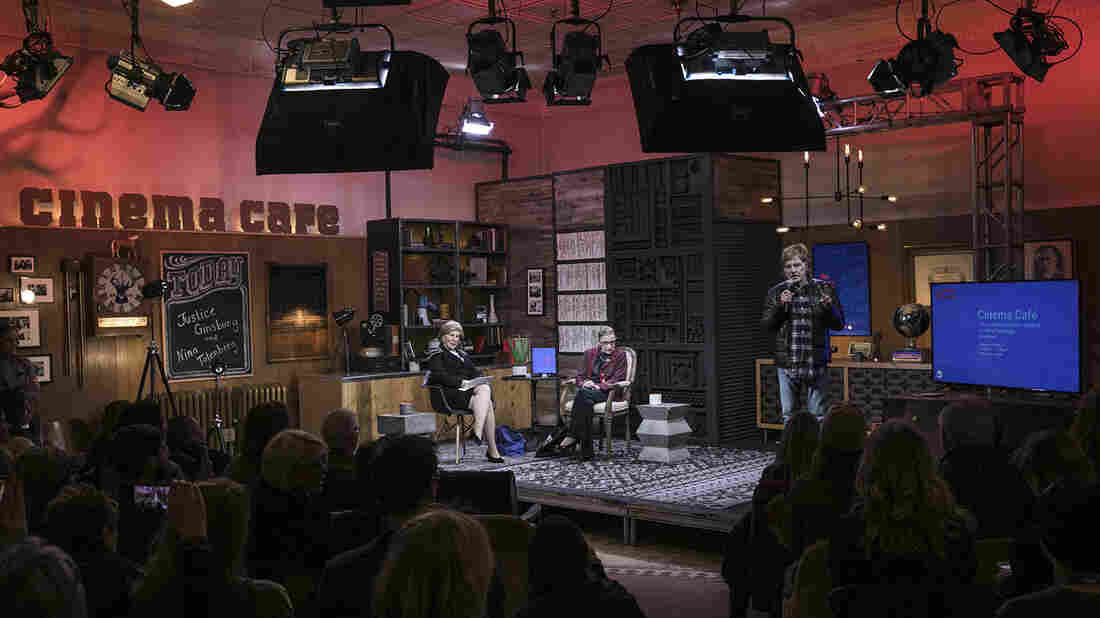 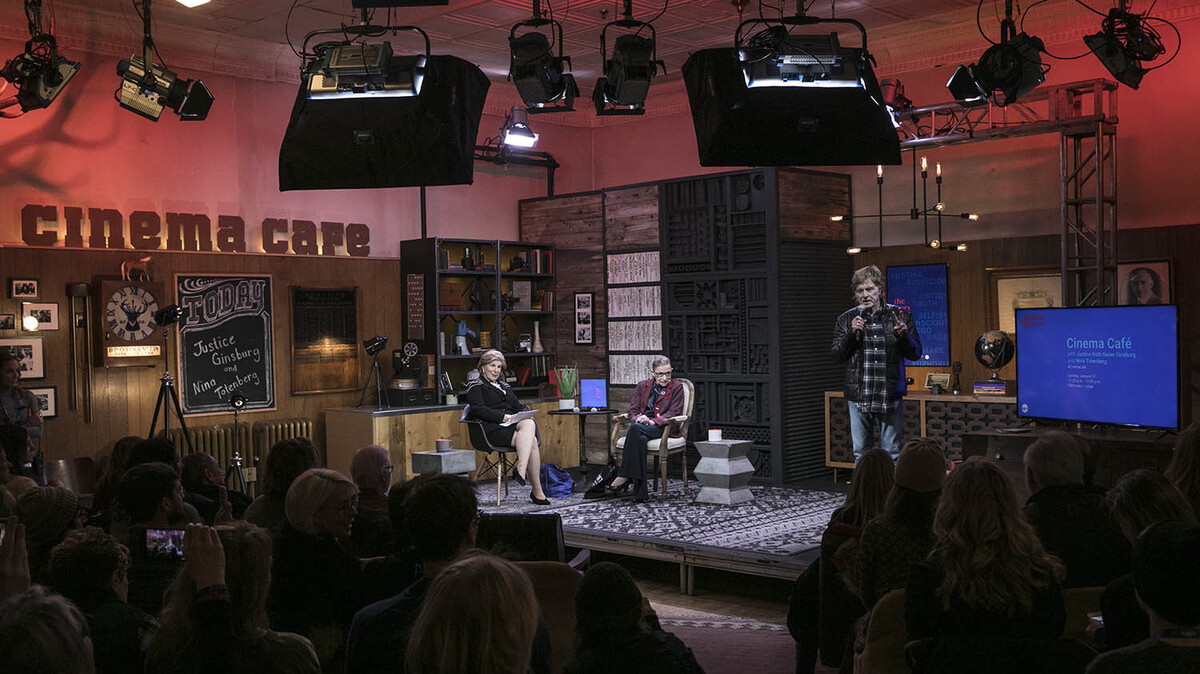 At the Sundance Film Festival in Park City, Utah, NPR's Nina Totenberg talks to Justice Ruth Bader Ginsburg. On stage with them is Robert Redford, founder of the festival.

Ginsburg recalled moments from her time as both a student and teacher when she experienced sexism and how she handled it. "Every woman of my vintage knows what sexual harassment is, although we didn't have a name for it," Ginsburg said.

She remembered one time when she sought help from a chemistry instructor at Cornell. The instructor gave her a practice exam, but it ended up being identical to the real thing. "I knew exactly what he wanted in return," she said. Taking matters into her own hands, she "went to his office and said, 'How dare you? How dare you do this?' And that was the end of that."

Her fight for equality

As a young law professor, Ginsburg didn't shy away from pushing back against the blatant sexism she experienced at work. When she began teaching at Rutgers Law School and found out how much of a salary cut she would be taking, she inquired how much a male colleague who had been out of law school the same amount of time was being paid. The dean replied, "Ruth, he has a wife and two children to support. You have a husband with a good paying job in New York."

How A Justice Stays Fit: 'The RBG Workout'

How A Justice Stays Fit: 'The RBG Workout'

That was the same year the Equal Pay Act passed and "that was the answer I got," remarked Ginsburg. The women at Rutgers got together and filed an Equal Pay Act complaint and eventually the university settled.

Ginsburg went on to tell the story of when Columbia Law School issued lay-off notices to 25 women in the maintenance department, but didn't lay off a single man. She marched into the office of the university's vice president for Business to inform him that the university was violating Title VII. He responded, "Professor Ginsburg, Columbia has excellent Wall Street lawyers representing them and would you like a cup of tea?"

Shortly after, an application for a temporary injunction against Columbia was filed and the Equal Employment Opportunity Commission sent their chief counsel to argue in favor of it. After the injunction was issued, "Columbia decided they didn't really have to lay off anyone," she recounts.

Ginsburg also had some advice for women who are balancing work and motherhood.

While founding the ACLU Women's Rights Project, teaching at Columbia, litigating cases all over the country and in front of the Supreme Court, she was also a mother to two children. She remembered how she would often receive calls from her son James' school. "The child was what his teachers called 'hyperactive' and I called 'lively.'"

One day, Ginsburg had been up all night writing a brief and she got a call while she was at her office at Columbia. She picked up and said, "This child has two parents. Please alternate calls. It's his father's turn." Ginsburg chuckled as she recalled her husband Marty heading down to the school.

After that, said Ginsburg, "the calls came barely once a semester and the reason was they had to think long and hard before asking a man to take time out of his work day to come to the school." Ginsburg spoke fondly of her late husband Professor Marty Ginsburg. She said, "the remarkable thing about Marty is that he cared that I had a brain. No guy up until then was the least interested in how I thought."

At age 84, Ginsburg is going strong. She is revered in popular culture and said she enjoyed actress Kate McKinnon's portrayal of her on Saturday Night Live. "I would like to say, 'Ginsburn' sometimes to my colleagues." When asked how much longer she'll stay on the job, she assured the audience, "as long as I can do the job full steam, I will be here."