Accessibility links
The Mystery Of Contract Work: Why So Many Guys? An NPR/Marist poll shows 65 percent of contract workers are men and 62 percent are under 45. Contract workers gain flexibility, but when business goes down, they're often the first to be fired. 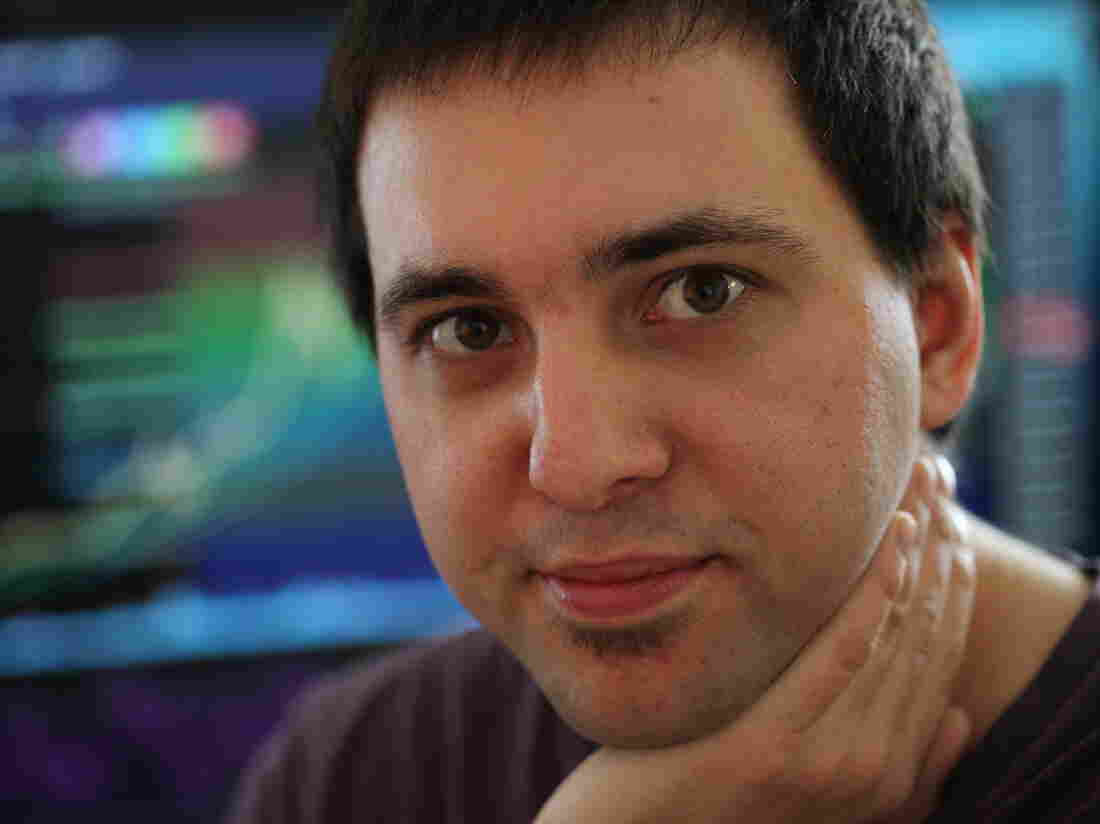 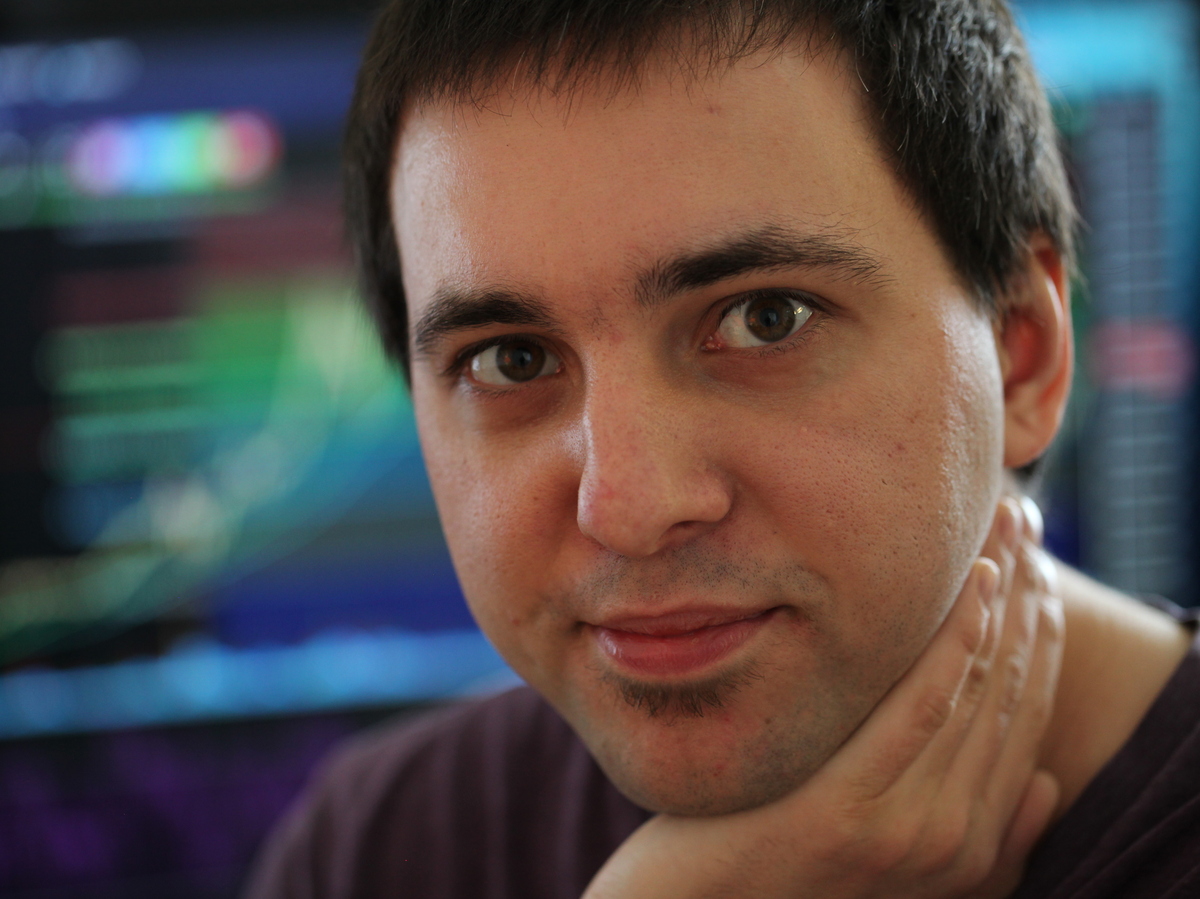 Alex Belfiori has a big day coming up later this week. He'll sit down with his boss in a conference room at the Dick's Sporting Goods headquarters near Pittsburgh. The topic: his future with the company.

"I was told ... there were no guarantees for me getting hired full time," says the 28-year-old Belfiori.

For the past eight months, he has been a contract worker at the company, taking care of its tech needs. He likes his job. It's hands-on and involves making sure that projectors, TVs, computers and audio equipment are all working properly. The pay is decent — about $20 an hour — but not great. So he hopes that when he sits down with his boss, he will nail a job that's more challenging and financially rewarding.

"I am nervous about it," Belfiori says. "But ... there are a lot of tech jobs in Pittsburgh. So I'm not afraid."

Belfiori is part of America's emerging free agent workforce. According to an NPR/Marist poll released this week, 65 percent of such workers, like Belfiori, are men. And 62 percent of them are under 45.

Young contract workers, and not just men, start their careers in a very different place than their parents did — one that's more flexible but a lot more unpredictable. Since graduating from college, Belfiori has already had five jobs.

He earns enough to pay the rent, make his car and student loan payments and put up to $50 a month into a retirement account. His experience mirrors what other contract workers told us in the NPR/Marist poll: There's plenty of work available. But careers with a solid future — something to build a life around — are much more elusive.

"It is the way of the world now," says Anthony Carnevale, director of the Georgetown University Center on Education and the Workforce.

"Everybody — the employers and the workers — have to be more selfish in this economy. If you're an employer, you don't want responsibility for people. You want contract employees so that when business is good and production is up, you use those people."

When production goes down, Carnevale says, contract workers are shown the door.

"They live in a world in which when times are good they do very well as contractors," he says, "in fact, do better than line workers and have more independence and more entrepreneurial opportunities. But when business goes down, they're the first fired."

This is a volatile new world and it mostly affects men. Just why males make up such a large proportion of the contract workforce is something of a mystery. One reason seems to be that contract jobs are more common in male-dominated fields — like construction, finance and IT.

Alan Krueger, an economist at Princeton, says discrimination against women may also play a role.

That's just one of many areas where contractors don't enjoy the same protections or benefits as people in traditional jobs. Contract workers don't get unemployment pay or workers' comp if they're hurt on the job.

If they do get benefits like health care or a retirement plan, they're skimpy. The NPR/Marist poll found that over half of contract workers don't have any benefits through their jobs.

Georgetown's Carnevale says contract workers have to build their own safety net.

"You are on your own," he says. "The convenient and tempting assumption to believe that your employer, that the boss will take care of you, is not something the boss has the power to do even if he or she wants to."

Carnevale says powerful and relentless economic forces such as global competition and automation have upended the dynamic between employer and worker, making the contract model irresistible and the way of the future. Already, it accounts for 20 percent of jobs in America, according to the NPR/Marist poll. If you add the millions of on-call workers and temp agency workers the numbers are even more striking.

For more than a decade, companies have been reluctant to add staff positions, even after the recession ended and they needed workers. "About 95 percent of the net job growth from 2005 to early 2015 was in the alternative work [nontraditional] segment," Krueger says. That startling figure comes from field research he did with Harvard economist Lawrence Katz.

In this new world of work, Carnevale says, the only sense of loyalty people ought to have is to themselves and their skills — not to any company. Getting ahead, he says, won't come from moving up the corporate ranks.

"The way you get raises in America is you change jobs," Carnevale says. "It's not about doing a good job where you are. It's about getting the next job."

Meanwhile, Belfiori, the contract worker at Dick's Sporting Goods, is taking a couple of steps to build some financial security. One is very practical; the other is riskier and more adventurous.

"I help fix computers on the side, and I'm also invested in cryptocurrency," he says.

That's cryptocurrencies like bitcoin. In June, he took the plunge. "I was looking at that and decided to put a couple of thousands into it from my savings," he says.

Since then, cryptocurrency prices have bounced around a lot. Belfiori is still ahead on his investment, but he is not counting on cryptocurrency to achieve the American dream — or fund his retirement. Maybe it'll pay for a nice vacation.