Accessibility links
Oneida Opens A New Psychedelic Realm, 'All In Due Time' Brooklyn's psychedelic warriors rein things in and trip things out all at the same time on the first single from Romance.

Songs We Love: Oneida, 'All In Due Time'

Songs We Love: Oneida, 'All In Due Time' 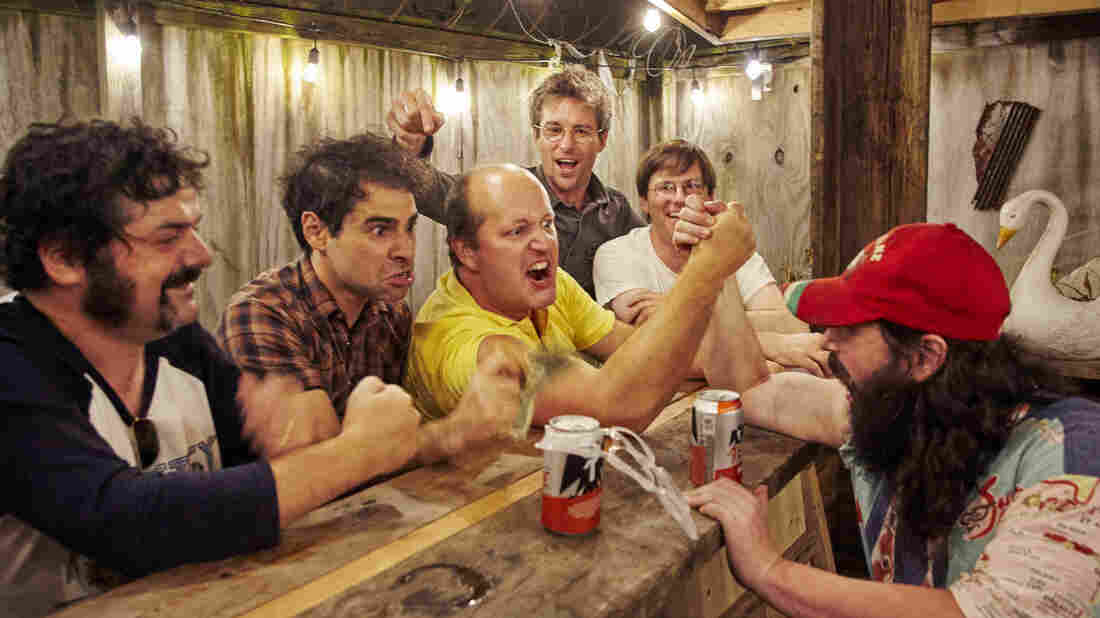 Oneida's Romance is out March 9. Courtesy of the artist hide caption 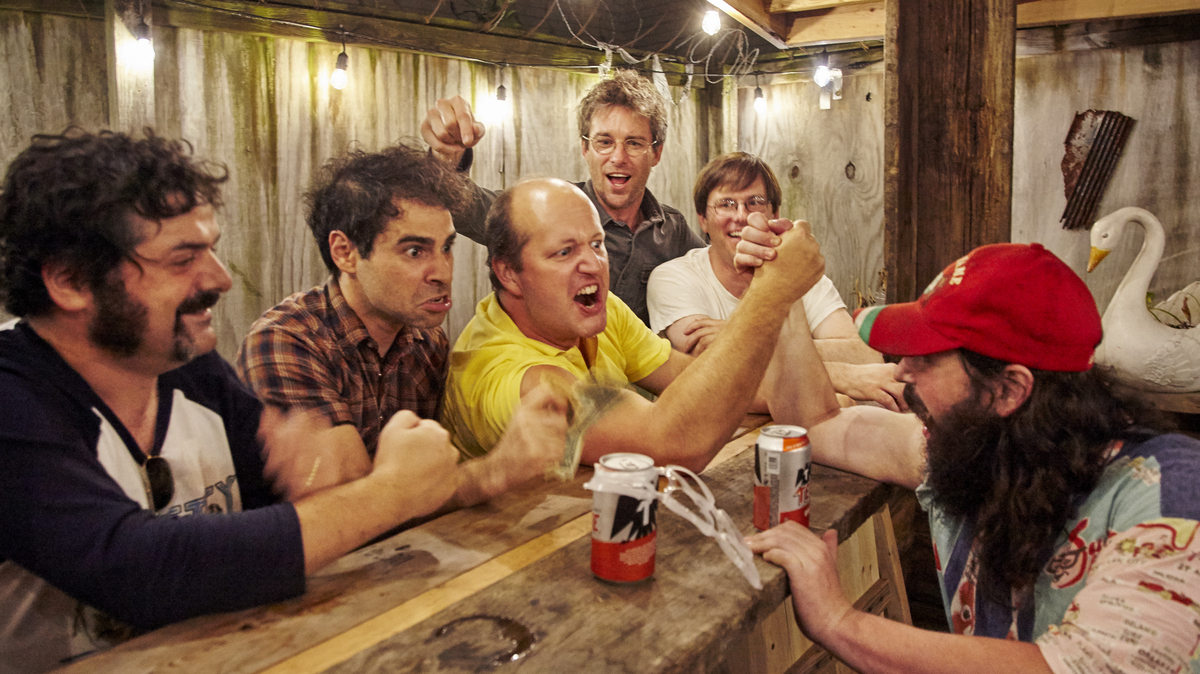 Oneida's Romance is out March 9.

Listening to "All in Due Time" is a little like watching a universe being born, as it evolves from the first furtive, jittery signs of life and gradually expands into a hurtling, multivalent ecosystem all its own. And for its creators, it does indeed represent the construction of a new realm on a number of levels.

Oneida first came blasting out of Brooklyn over 20 years ago, with an in-your-face sound that slammed together psychedelia, post-punk and garage rock. They then spent a good chunk of the last decade crafting extended, trippy instrumental excursions full of subtle textural manipulations, deftly articulated drones, and simultaneously heady and visceral atmospheres. Then things changed.

In 2011, due to the rampant redevelopment of Williamsburg, art spaces were bulldozed to make way for something more profitable, resulting in the building housing Oneida's studio, the Ocropolis, to be torn down. They took the unexpected blow as an opportunity to shake things up. Over the next few years they shifted their perspective, recording the results here and there as they went along. The final result, following 2012's Ocropolis-recorded A List of the Burning Mountains and a collaborative release with Rhys Chatham, What's Your Sign?, is the first official post-Ocropolis Oneida album, Romance.

While there are sonic left turns aplenty, this isn't a moody instrumental epic of the kind found on the last few Oneida albums. It's a concise, song-oriented track pushed along by a bustling percussive momentum. Things begin with a flurry of twisted, string-wrangling evoking a horde of mosquitoes with guitar necks for stingers. Singer/drummer Kid Millions' breathless clatter quickly kicks things up to another level, as other instruments dart in and around his polyrhythmic pulse, alternately countering and conforming to it.

Oneida bassist Bobby Matador, who plays organ on the track as well, reckons that outside of the title phrase's lyrical relevance within the song, it also seems to encompass the rhythmic foundation the band is building. "On the whole, there's a strong feel of a traditional rock 4/4 meter, but some of the instruments aren't playing in 4/4 time," he tells NPR, "they're playing in 'due time.' In Oneida, there are both regular metrical pulses/units, and more organically derived rhythms that seem at first to be completely free, but they eventually reach a rhythmic harmony 'in due time.' We just never had a really good name for it before."

And while the terrain the tune establishes is an otherworldly, disorienting one, Oneida isn't employing far-out psychedelic wiggles to access the astral plane; the freaky visions Millions unpacks in the lyrics do just fine on that front. When he intones, "We track the giant sloth and it breathes its final breath / She turns to me and speaks, 'This is not my death'," the entire track starts to turn into a musical hall of mirrors. In other words, Oneida is still psychedelic, they've just found a new way to show it.