Accessibility links
Will Work For No Benefits: The Challenges Of Being In The New Contract Workforce A new NPR/Marist poll shows that more than half of contract workers don't get employee benefits. "We really don't have much of a social safety net, and that's terrifying," freelancer Matt Nelson says. 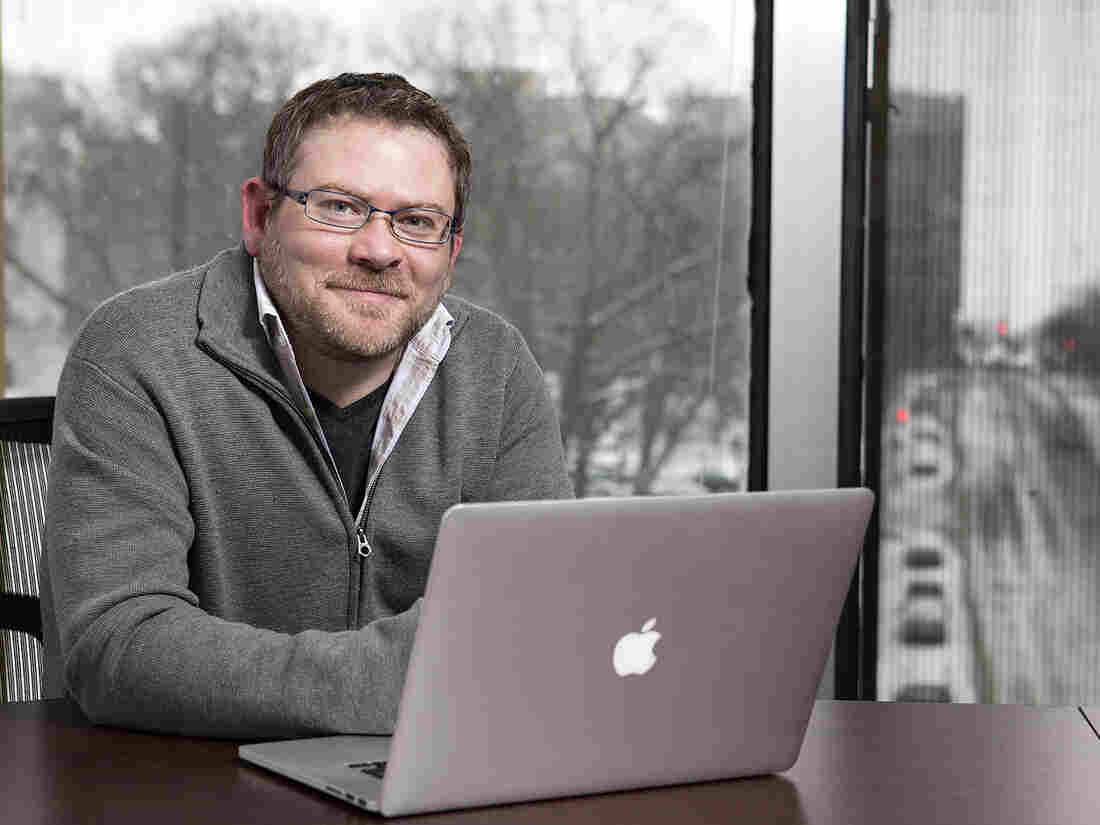 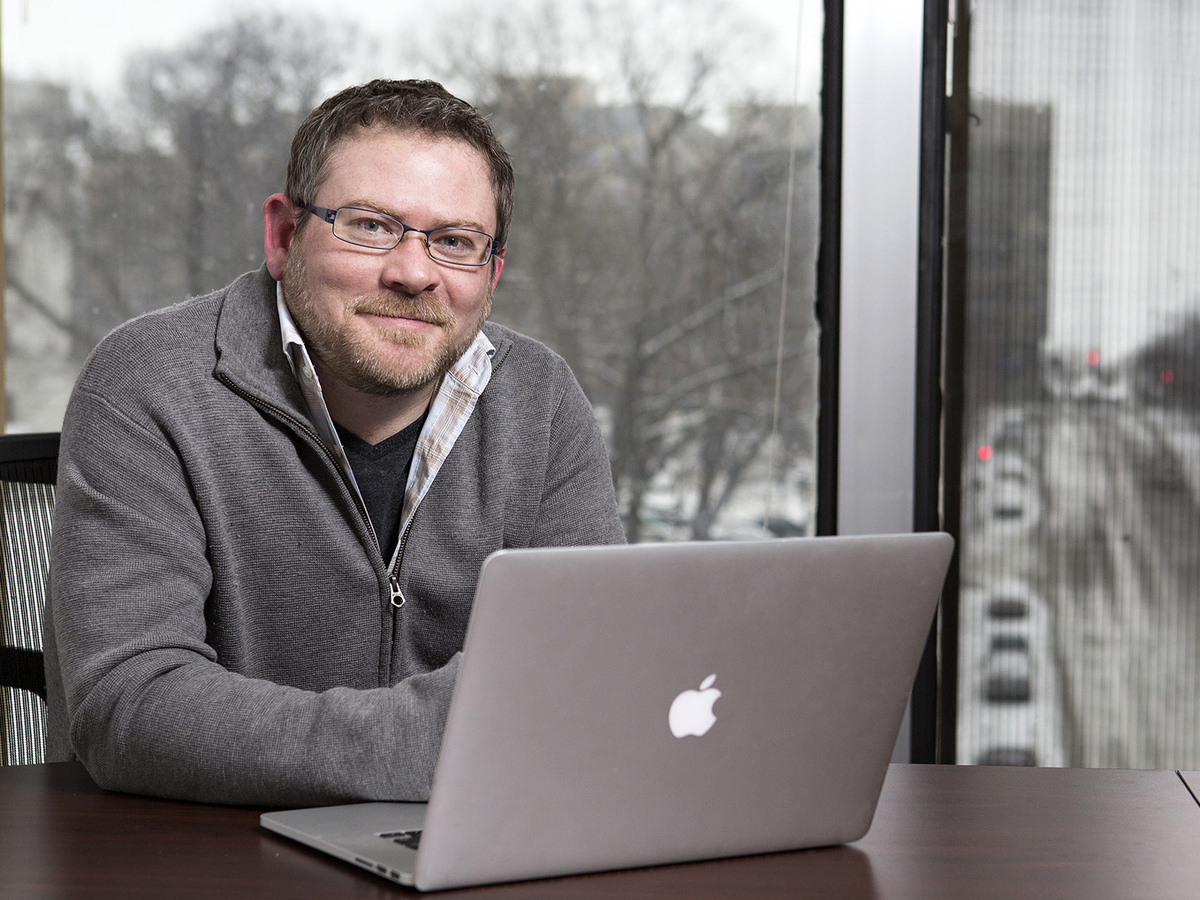 "We really don't have much of a social safety net, and that's terrifying," says Matt Nelson, a freelance Web developer in Madison, Wis.

Being on your own in the workforce often means you don't have the safety net of benefits and other forms of support that traditional workers do. And the toll isn't just financial, but physical and emotional too.

Matt Nelson is one of millions of contract workers and has learned to love his freelance Web developer life. It allows him to split time between pursuing passions and making a living. But it didn't start out that way.

"I didn't get into freelancing personally by choice," he says. During the last recession, he says, "I could not find a job. ... I couldn't get an email back or a phone call for the life of me."

Nelson found plenty of company. He volunteers as leader of the Madison, Wis., chapter of Spark, a networking group started by the Freelancers Union that includes among its members a bug farming consultant and astrobiologist, as well as people from other walks of life.

Rise Of The Contract Workers: Work Is Different Now

Nelson, 41, says they exchange tips and share stories — because otherwise, they feel they're flying solo, without support to fall back on. "We really don't have much of a social safety net, and that's terrifying," he says.

An NPR/Marist poll released this week shows contract work is booming, with 32 million Americans currently making their living that way.

That trend is expected to accelerate over the next decade, as companies and workers seek more flexibility through temporary work arrangements. But that also raises big questions about the future of the safety net: According to the poll, 51 percent of freelance and contract workers do not receive benefits common to many full-time jobs — sick leave, unemployment insurance or retirement savings.

This is a vexing problem for the growing number of freelancers and policymakers.

Sen. Mark Warner, a Virginia Democrat, says he worries that workers without benefits will strain tight public budgets even more. He supports making benefits portable, so freelancers can keep them regardless of where they work, and has introduced a bill to fund such programs.

"If we don't have a social contract for this workforce, if we don't have social insurance that moves with workers, then I feel like the economic discontent and economic insecurity that comes from working with no safety net under you would rise dramatically," he says.

Los Angeles freight truck driver Rene Flores has felt that insecurity. Trucking deregulation turned most drivers into contractors four decades ago — but Flores says the company he worked for didn't treat him as a free agent.

"They always assigned me the work they wanted to do," he says. "They would send me where they wanted me to go. They always set the price. I never did." 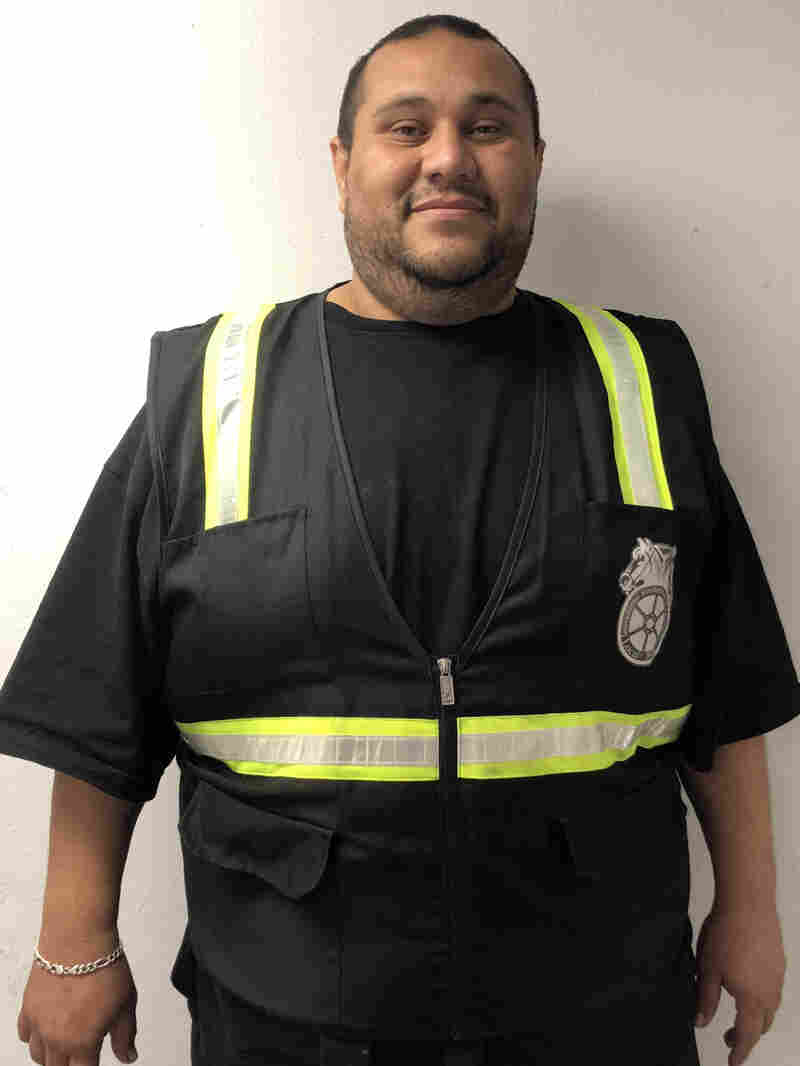 Los Angeles freight truck driver Rene Flores, a contractor, had to borrow $10,000 from friends to have surgery because he lacked health insurance. Miguel Cubillos hide caption Los Angeles freight truck driver Rene Flores, a contractor, had to borrow $10,000 from friends to have surgery because he lacked health insurance.

Being a contractor meant he had to pay for his own gas and truck repairs, Flores says. And the company didn't give him health insurance, which became a huge problem when he fell on the job three years ago.

He developed a giant hernia but endured the pain without medical care. After complaining about the lack of benefits in a newspaper interview, he was fired.

Flores took a new job, but he couldn't work without surgery. So he borrowed $10,000 from friends to get a cheaper operation in Mexico. He rushed back to work, still bandaged and bleeding.

"I don't have the resources to keep going for two more weeks and pay my rent and my bills," he says, sitting on his sofa, bandaged around his midsection.

"Being a freelancer, you really have to be on top of your emotional and mental health," says Carolina Salas, a New York City freelance marketing expert who helps medical practices attract new patients.

Salas, who is 32, says stress and the demands of freelance work led to a pinched sciatic nerve, immobilizing her for six months.

"As a contractor, the expectations of you are much higher than if you were an employee," she says. "They're moving so quickly and they have so little consideration or awareness for you that they sometimes forget that you're actually human." 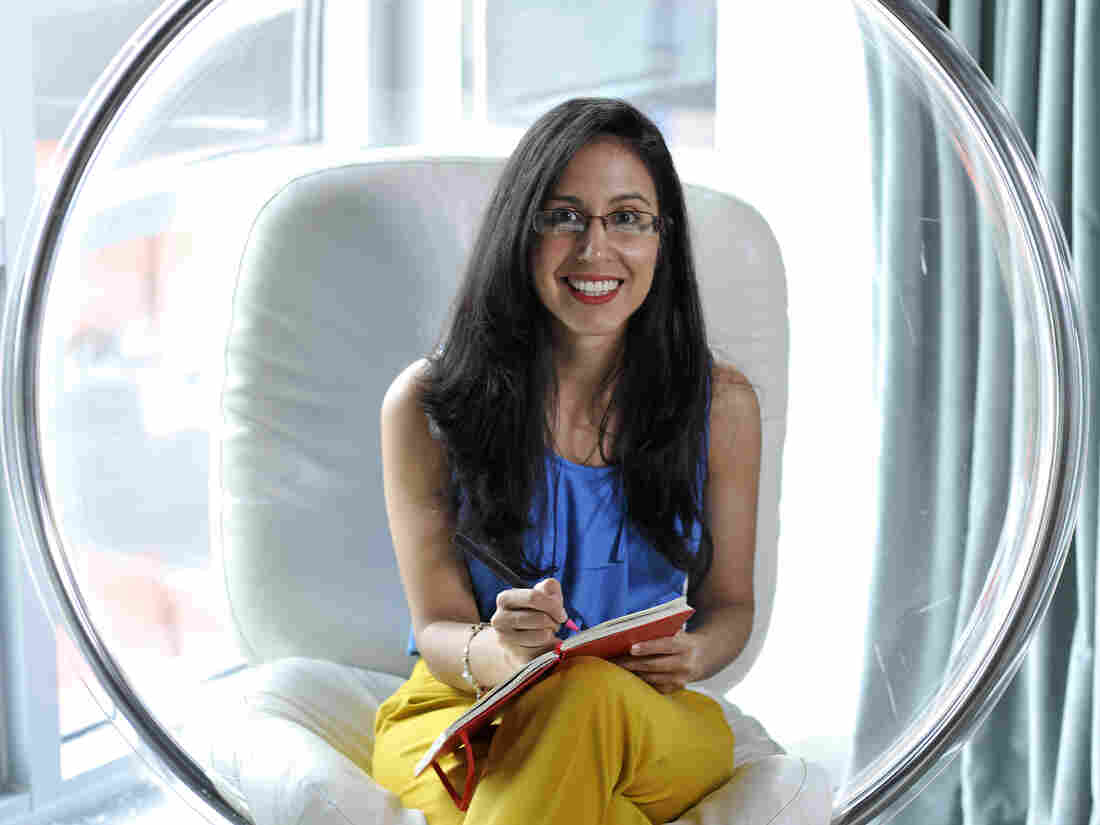 "Being a freelancer, you really have to be on top of your emotional and mental health," says Carolina Salas, a New York City freelance marketing expert. Justin T. Shockley hide caption 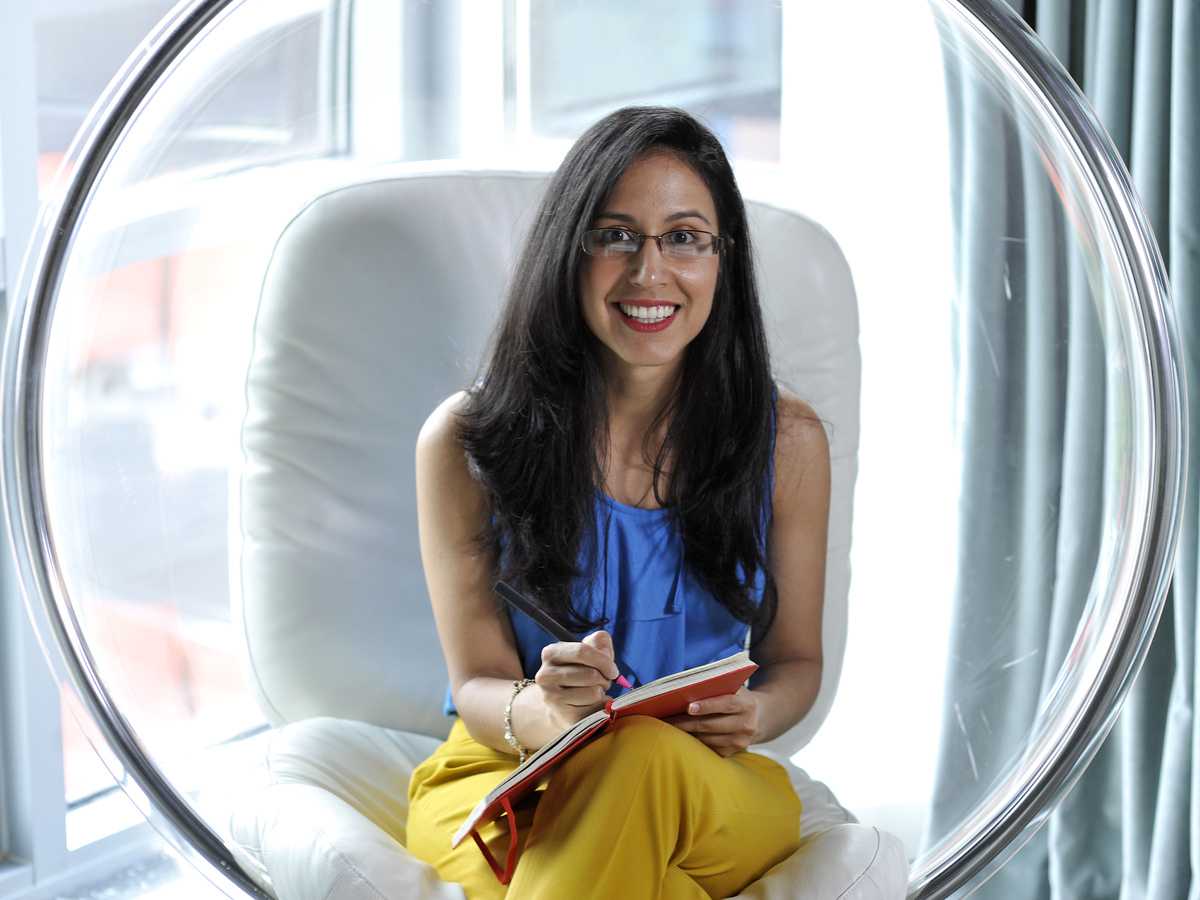 "Being a freelancer, you really have to be on top of your emotional and mental health," says Carolina Salas, a New York City freelance marketing expert.

Clients control the purse, after all, and there are fewer legal protections for contractors than for full-time employees.

"If you just start talking to people, and you start talking to them about their emotional state, and their sense of self-worth, they'll tell you that they've taken a hit, and that it's hard," she says.

Salas emigrated from Venezuela as a child. She started freelancing eight years ago and has learned to carefully track her time and expenses, push back on unrealistic deadlines, and save for retirement and emergencies — but she's not sure all freelancers are equally equipped.

"That is what is concerns me," Salas says. "Because I come from a place where there was not much of a middle class, and I know what that looks like. And so I'm not saying that the United States is going in that direction, but I am very familiar with inequality."

What If You Could Take It With You? Health Insurance, That Is

But adapting a new safety net for the new workforce will take time, says Arun Sundararajan, a management professor at New York University. And he says the transition could be messy.

"Full-time employment didn't sort of come packaged with all of these wonderful things that we now associate with it; it was built sort of painstakingly over 100 years," Sundararajan says.

Some hope freelancers will band together to fight for their own rights and benefits.

"There are really big risks in freelancing, because the income is so episodic and freelancers aren't entitled to unemployment insurance and this is really bad for low-wage workers in particular," says Sara Horowitz, founder of the Freelancers Union, which has 350,000 members.

Horowitz sees answers in things like her union's health insurance, which it has offered to members for two decades.

"The answer is to build a safety net that's universal for everybody," she says. "Not to say this is only for very low wage workers, nor is it to say this is for highly skilled professional workers, but actually, they're all going through this together."

The best antidote to fear, she says, is to create a new social safety net where freelancers can rely on each other. Horowitz says she hopes that the tens of millions of freelancers will take their concerns to the polls, and that elected officials will push for plans to rethink the social safety net.