Accessibility links
Descending On A Montana Town, Neo-Nazi Trolls Test Where Free Speech Ends When trollers descended on a small Jewish community in Montana, a rabbi and others endured cyber-bullying. There is now a lawsuit but it's unclear whether there is much recourse for victims. 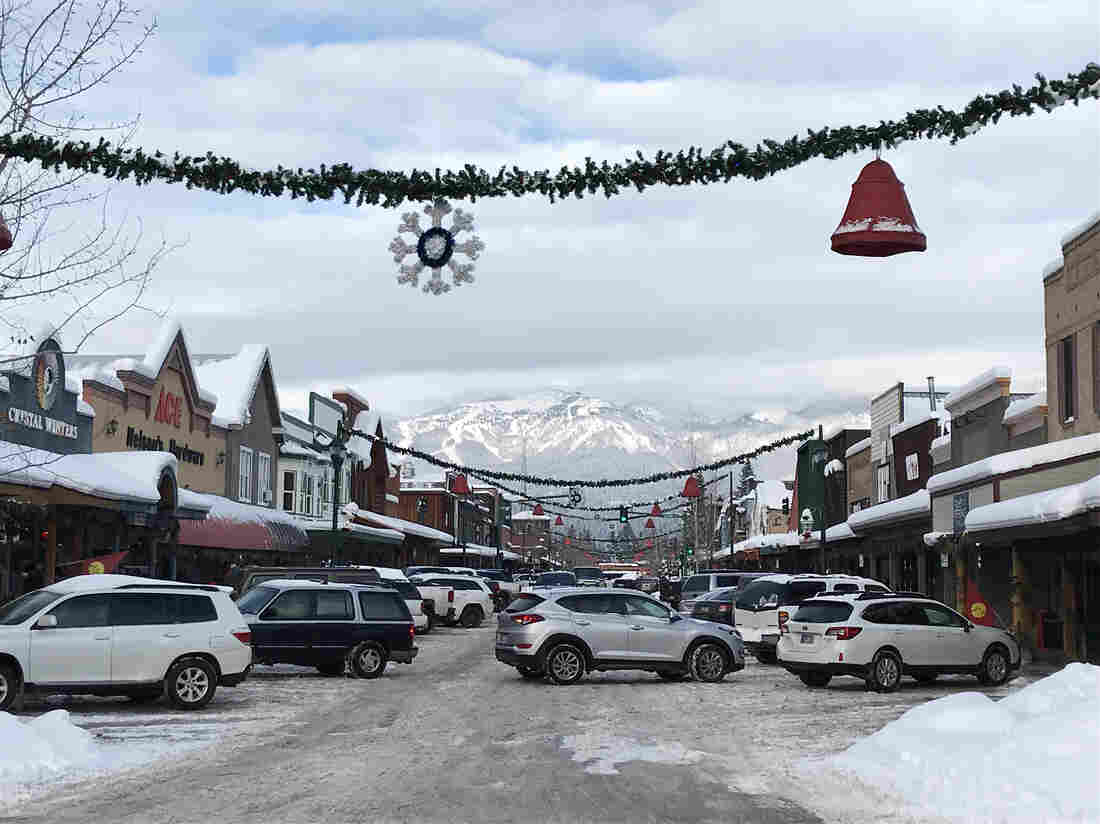 Members of the small Jewish community of Whitefish, Mont., a resort town 60 miles south of the Canadian border, believe a line was crossed between free speech rights and credible threats of violence. Kirk Siegler/NPR hide caption 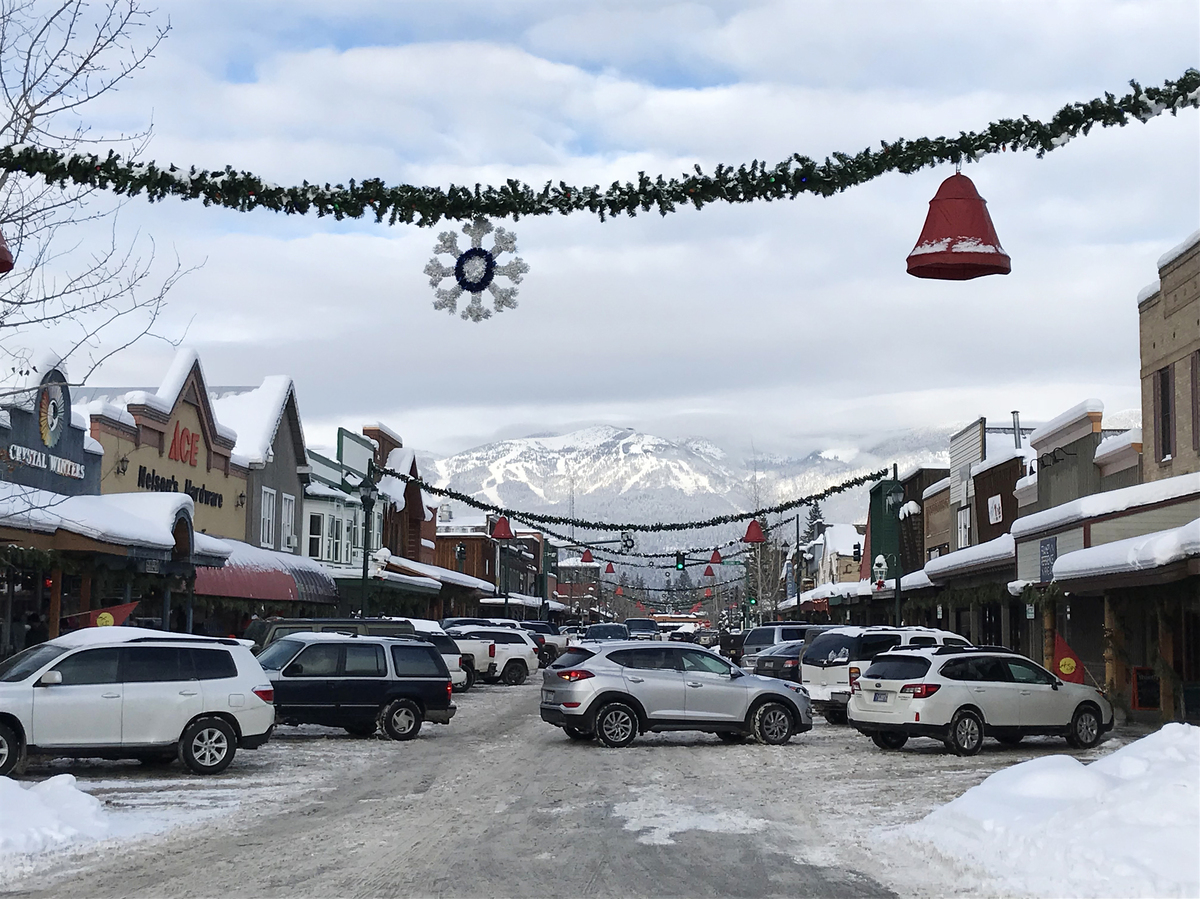 Members of the small Jewish community of Whitefish, Mont., a resort town 60 miles south of the Canadian border, believe a line was crossed between free speech rights and credible threats of violence.

In the pristine resort town of Whitefish, Mont., members of the small Jewish community believe that neo-Nazi online trolls have crossed a line. They went right past free speech rights, residents say, and made credible threats of violence.

It all began over a year ago with a reported argument between a local Realtor and the mother of one of Whitefish's most controversial part-time residents, the white nationalist Richard Spencer. The apparent dispute was over a high value commercial building Sherry Spencer owns in downtown Whitefish that had become the focus of a potential protest against her son. Many locals in this liberal pocket of northwest Montana say Richard Spencer – and by association his family - has brought unwanted attention and an undeserved image of hate politics to their tourist dependent town.

The Realtor, Tanya Gersh, is Jewish. And local news reports about the dispute quickly caught the eye of a well-known, white supremacist from Ohio named Andrew Anglin. He's the founder and publisher of the neo-Nazi website, the Daily Stormer. Anglin published the personal information online of the Realtor and other prominent Jewish leaders in town and called on his followers, or "stormers" to come to the defense of the Spencers. He also called for an armed neo-Nazi march through the streets of Whitefish.

Things got ugly quick. The resulting "troll storm" shed new light on an increasingly common – and unsettling – tactic of far-right extremists that have gained more prominence since the 2016 election.

"At the core of Anglin's campaign was an old story of Jewish hatred," says Francine Roston, the rabbi of Glacier Jewish Community in Whitefish. Roston says the Daily Stormer promoted a false narrative that Jews were "taking over this white, pristine town" of Whitefish and driving the Whites out.

Roston was on the receiving end of harassing emails laced with racial slurs and frequent anti-semitic posts to her Facebook wall including memes with captions like "you should go jump in an oven" and "We're going to come cremate you." Some of the "trollers" even named her 14-year-old son, and suggested her family should watch out. 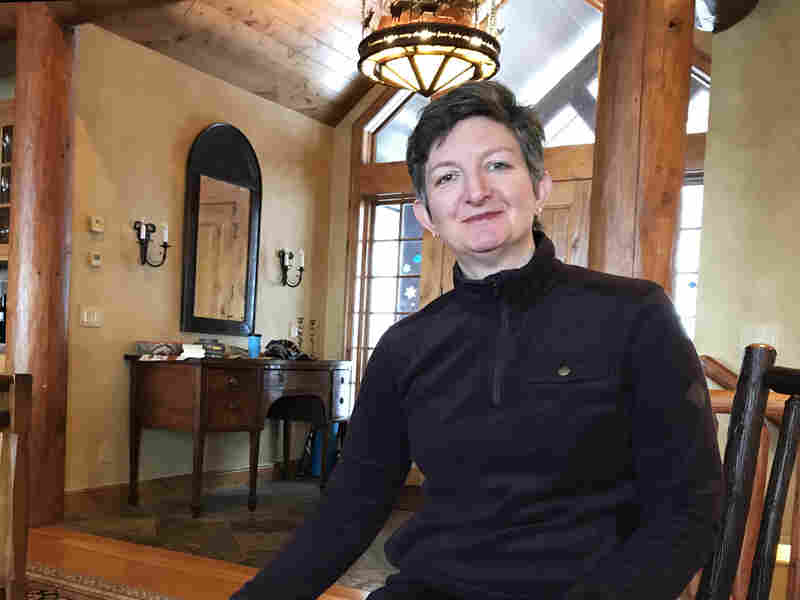 Rabbi Francine Roston's personal information was posted online about a year ago. She then received hateful messages about her religion. Kirk Siegler/NPr hide caption 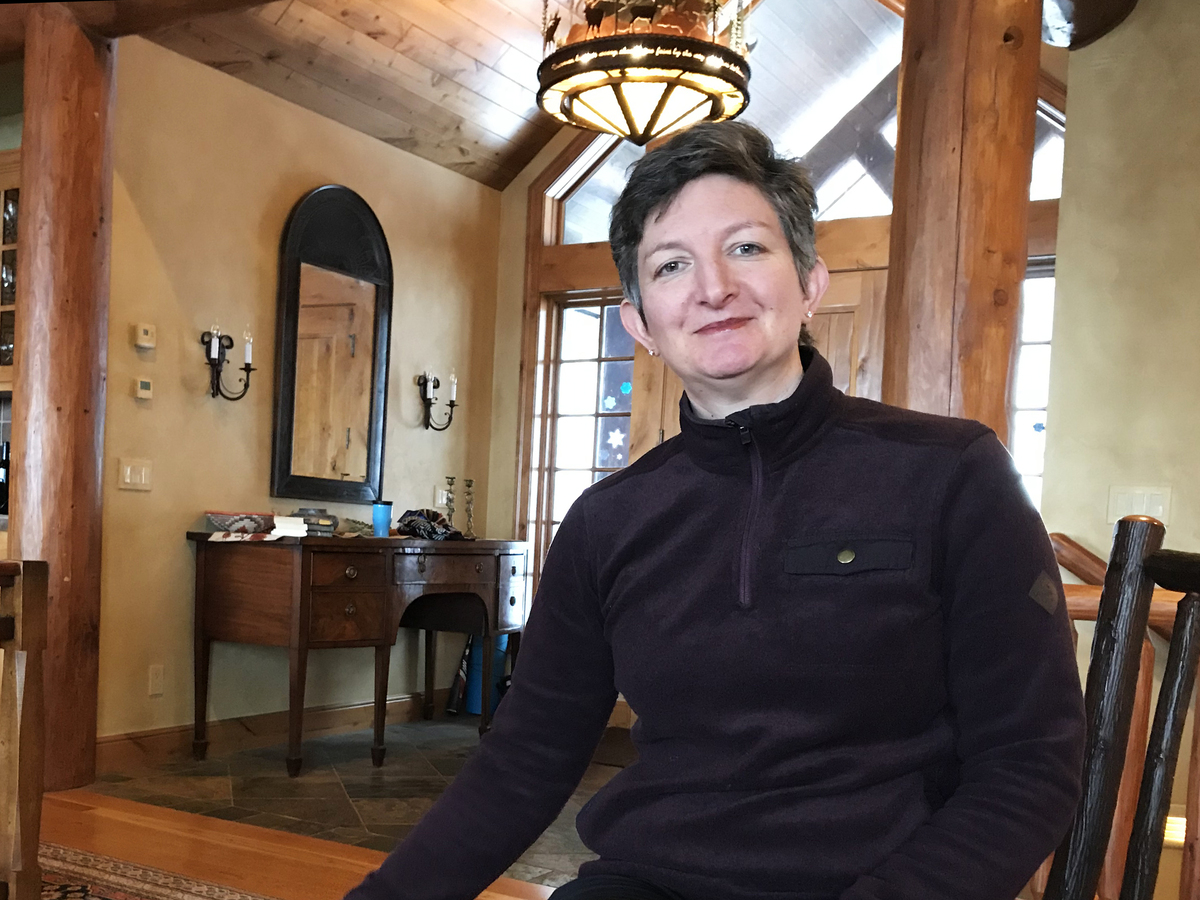 Rabbi Francine Roston's personal information was posted online about a year ago. She then received hateful messages about her religion.

"I understand free speech," Roston says. "But imagery directed toward Jews because they're Jews relating to the Holocaust, the message there is 'we want you dead.'"

The "storm" put people on edge for weeks. Roston filed police reports, installed a home security system and even decided to get firearms training and purchased her first handgun.

"I wanted to make sure I could protect myself and protect my family," Roston says.

According to police, there was little that could be done at that moment because, for the most part, the threats were more general and vague, and the trollers weren't showing up at Roston's or the other victims' doors inciting imminent violence. Whitefish's police chief, Bill Dial, advised that the victims file police reports, but otherwise go dark and not engage. There wasn't a whole lot that could be done at that moment, the authorities said, because Anglin and his trollers seemed to know just where the line was between free speech and credible threats of harm.

A year later, some in Whitefish think that line needs to be redrawn. The Realtor in the original dispute, Tanya Gersh, who is thought to have born the worst of the trolling, is suing Anglin and his website in federal court. The case is being brought with the help of the Southern Poverty Law Center.

"These are not informational opinion or any other kind of protected First Amendment communications, these are assaults," says John Morrison, Gersh's attorney, a Democrat and the former Montana state auditor.

Morrison said the trolling amounted to personal attacks, including an allegation included in court filings that one call to Gersh's personal cell phone was a recording of gunfire. The SPLC did not make Gersh available to NPR for an interview, citing the pending litigation.

Montana - and the Flathead Valley that surrounds Whitefish in particular - has long been a haven for white supremacists and other political extremists such as militias. In 1988, the state passed a strict anti-intimidation law, which Morrison says the trolling violated. That law is set to be tested. The courts have generally ruled that speech doesn't become illegal unless a threat is "imminent."

Marc Randazza, a prominent First Amendment attorney who's representing Andrew Anglin in the case, says it's hard to prove and for good reason.

"If you believe in freedom of expression, you have to believe in it for Nazis, Klansmen, pornographers and anybody else you might find to be objectionable," Randazza says.

Randazza stressed that he too thinks the memes and the anti-Jewish slurs were horrible. Sherry Spencer also condemned the trolling at the end of this piece in Medium. But Randazza says when you put tools in place to restrict speech, it can backfire later.

"Mr. Anglin, all that he intended to incite, and all that he did incite, was people expressing themselves," Randazza says.

Anglin's attorneys have filed a motion in federal court in Missoula to dismiss the case. The judge has yet to rule.

Mixed feelings over what's next

Folks in Whitefish seem torn over the lawsuit and whether it should move forward. The trolling eventually died down in January of last year. And Anglin's planned, armed neo-Nazi march through the snowy streets of Whitefish never happened. Instead, the town staged a large counter-rally denouncing the hate. Then Charlottesville happened and media attention shifted elsewhere.

Whitefish, at the doorstep to Glacier National Park with its beautiful lake and famous ski resort, draws tourists from around the world. People here don't want any more negative attention. But, on the other hand, the trolling got so hateful and personal.

The rabbi, Francine Roston, even said that she thinks one of the trollers was the father of someone she knew. She was diagnosed with PTSD and remains in counseling a year on.

"What I hope is that we look at the lines of free speech and I'm hoping that this case is able to, maybe, redraw the line," Roston says.

The trolling didn't stop at the small Jewish community either. Anglin's followers started going after anyone in town they thought was Jewish, and local businesses that had "Love Lives Here" signs posted in their windows (the name of a local anti-hate and social justice activist group).

Jennifer Runnels says she got targeted simply because she was featured on the local news organizing gift baskets to give to members of the Jewish community after the trolling. After the TV news report aired, she found her name featured prominently the next day on the Daily Stormer. Then came the ugly emails and the posts on Yelp about her local handmade soap business.

"I got fake reviews that said my soap was made with the fat of Holocaust victims," Runnels says.

At first she was scared – she has two young kids. Then, she tried to shrug it off as nothing personal. But it was hard to take.

"They are very misogynistic," she says. "They used names like whore and slut and bitch."

People here like Runnels also seem partly resigned to the fact that there may be no recourse in the end for the trolling victims. They're also ready for the trollers to return, assuming the case moves forward.

Runnels and Rabbi Roston promise to hold more counter rallies and peaceful protests. It's the one thing we for sure can do, they say.

A previous version of this story misspelled Realtor Tanya Gersh's first name as Tonya in one instance.