Accessibility links
At World Economic Forum In Davos, Trump To Promote 'America First' Policies President Trump travels to a global summit in Switzerland this week. He'll promote his "America First" policies and also meet with leaders of Israel, the U.K. and the African Union. 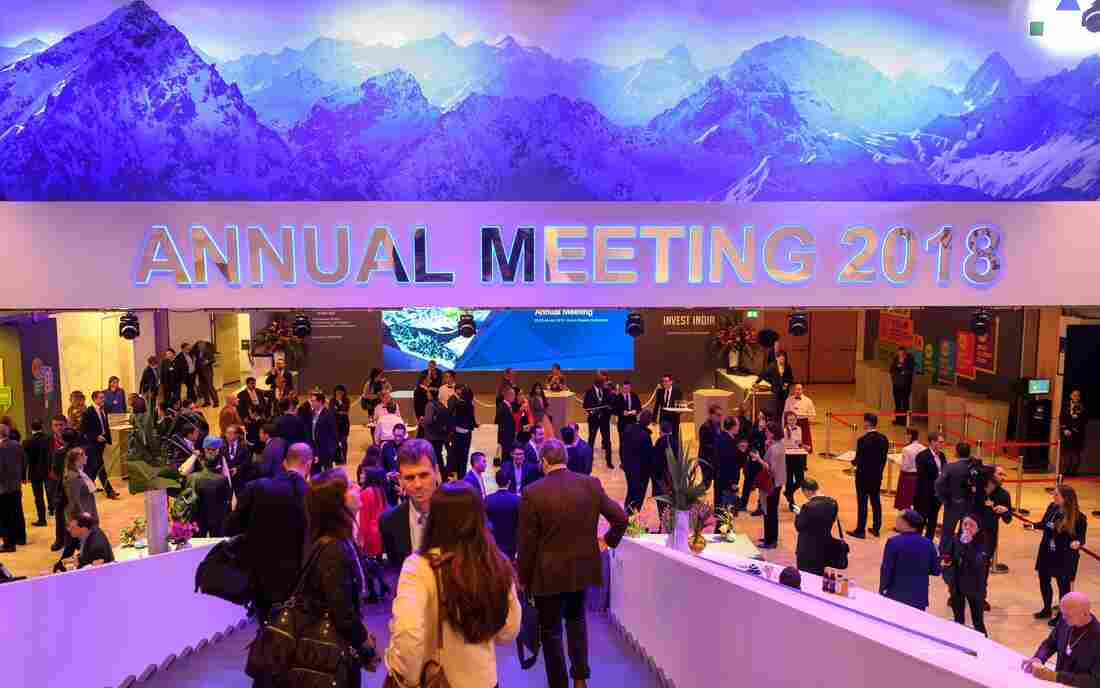 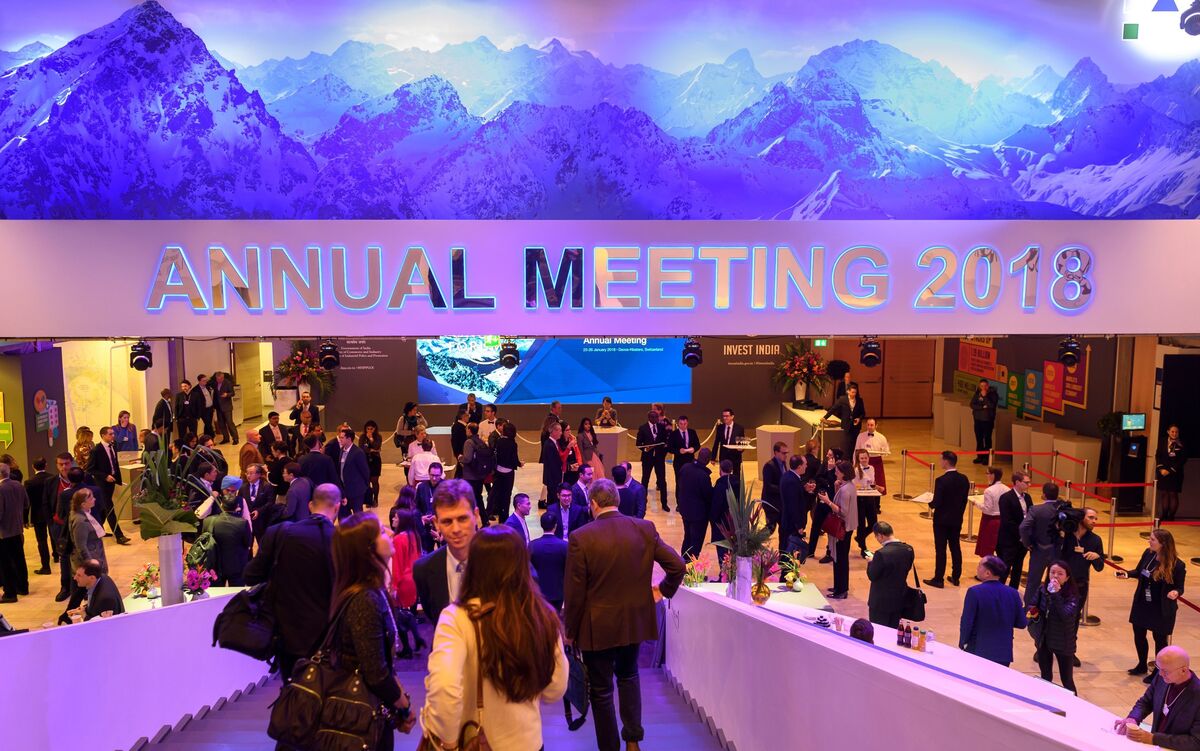 President Trump will arrive at the 2018 World Economic Forum in Davos, Switzerland, on Thursday morning.

President Trump is heading to snowy Switzerland to try to sell his "America First" brand of economic nationalism in the mecca of globalization — the World Economic Forum in the Swiss ski resort of Davos. The president will also be meeting with the head of the African Union, two weeks after he reportedly dismissed African nations in crude and vulgar terms.

"The president believes we can have truly win-win agreements. America First is not America alone," said Gary Cohn, director of Trump's National Economic Council. "He's going to talk to world leaders about making sure we all respect each other."

Trump will deliver a speech to the gathered leaders on Friday in which he is expected to tout his economic agenda of tax cuts and deregulation.

"The president's appearance is there to sell his accomplishments, to remind the world that we're open for business, that we're a competitive country," Cohn said.

Trump is the first sitting U.S. president to attend the Davos summit since Bill Clinton went in 2000.

Trudeau used the summit to announce that Canada and 10 other countries have reached agreement on a trade pact. The deal is a successor to the Trans-Pacific Partnership, from which Trump withdrew the U.S. in one of his first acts as president.

While other countries are working to lower trade barriers, the Trump administration on Monday announced new tariffs on imported washing machines and solar panels. But Cohn insists America is not giving up its place at the global economic table.

"The U.S. is pulling back from nothing," Cohn said.

Trump is set to arrive in Davos on Thursday morning and will meet that day with British Prime Minister Theresa May. Earlier this month, the president canceled plans to attend the opening of a new U.S. Embassy in London.

"I am not a big fan of the Obama Administration having sold perhaps the best located and finest embassy in London for 'peanuts,' only to build a new one in an off location for 1.2 billion dollars," Trump tweeted. "Bad deal." (The announcement of the move was actually made in the final weeks of President George W. Bush's administration.)

The White House said there are no hard feelings.

"The president is prioritizing his meeting with Prime Minister May because we do have a special relationship" with the U.K., said Trump's national security adviser, H.R. McMaster.

Friday's meeting with Rwandan President Paul Kagame, who is chairman of the African Union, takes on extra significance after Trump reportedly used a vulgar slur to describe African countries during an Oval Office meeting on immigration.

McMaster said Trump is eager to talk about ways to boost security and prosperity in Africa.