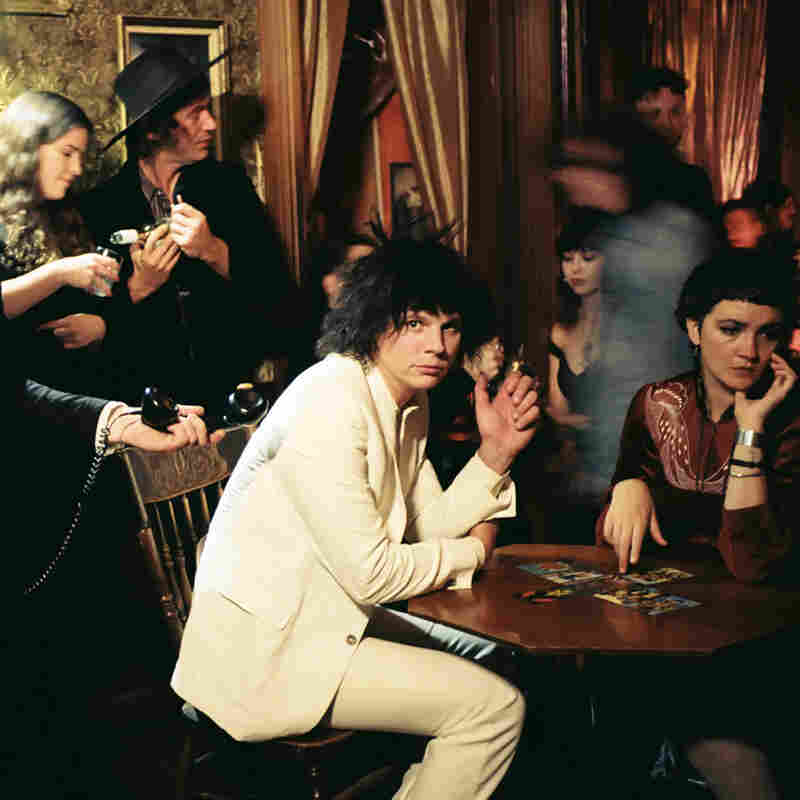 Since his debut album, Dolls Of Highland, came out in 2016, Kyle Craft has made one thing abundantly clear: For him, songcraft is king. The Shreveport, La., native, who wandered across the country plying his music before finally settling in Portland, Ore., stuffed Dolls with striking imagery, rich wordplay, and a rambling poetic energy. It was all grounded by solid arrangements and engaging pop-rock classicism — the kind of songs that felt instantly familiar and resonant. It was enough for the hallowed indie label Sub Pop to snatch up the unknown singer-songwriter after he showed up at their Seattle offices one day with a demo disc in hand. And now, on his new album, Full Circle Nightmare, his pen is even sharper.

"I hate the idea of conforming to s***** lyricism that happens nowadays," Craft said in a recent interview. "It's not everyone, but there is definitely a lower bar for what is considered good lyricism now." If he sounds a little cocky, he's earned it. "Fever Dream Girl" opens Full Circle Nightmare with a howling rush of propulsive, organ-smeared power-pop. "Was she the cure all or just the disease? / Was she the ransacked gutter kid's denim jeans?" Craft sings, his voice a thunderclap. Clever yet gut-twisting, his lyrics wind their way through delirious melodies and an aching rumination on the pitfalls of idealizing a lover — one who might be "a fortune teller with no one there to read." Things simmer down considerably on "Heartbreak Junky," a stomping, country-rock plea for release from a doomed romance: "You were a jet plane / I was a parachute failing."

Craft may be a wordsmith at heart, but he doesn't shirk on making Full Circle punchy and infectious on a strictly musical level. The folky sway and hushed tone of "Slick & Delta Queen" demand undivided attention, thanks to Craft's cracked voice, gentle strumming, and euphoric choruses. "Fake Magic Angel" revs up a twangy hootenanny of Dylan-worthy Americana, only delivered with the slashing force of Bowie-era glam. And the piano-laden "Gold Calf Moan" is a ballad of lost — but hopefully one day recaptured — love that dissolves and reshapes itself around Craft's entrancing troubadour spell. "Send your regards when your heart is ripe for the stealing," he almost whispers as the final notes die away, and he leaves little doubt that there's some brutal autobiography buried at the bottom of his agile turns of phrase.

For all their classic hooks and licks, Craft's songs revolve around his words and voice, and nowhere is that more evident than on Full Circle Nightmare's title track. Waxing heartsick on the cyclical nature of romantic fixation, he yelps and croons about last dances and last chances, concluding that "These days there's a million ways a man can love a woman / But I can't find one way with you." In this age of raging debates about the politics of sexual relations, Craft's moonstruck sentiments may seem downright old-fashioned. Then again, so are his compositions: unabashed odes to courtship, confusion and the timeless power of storytelling in song.