Accessibility links
In The Brutal Animated Film 'Have A Nice Day,' Nobody Does In this indie animated film from China, a bag of money keeps changing hands in a ruthless criminal underworld depicted with a blunt and deliberate crudeness. 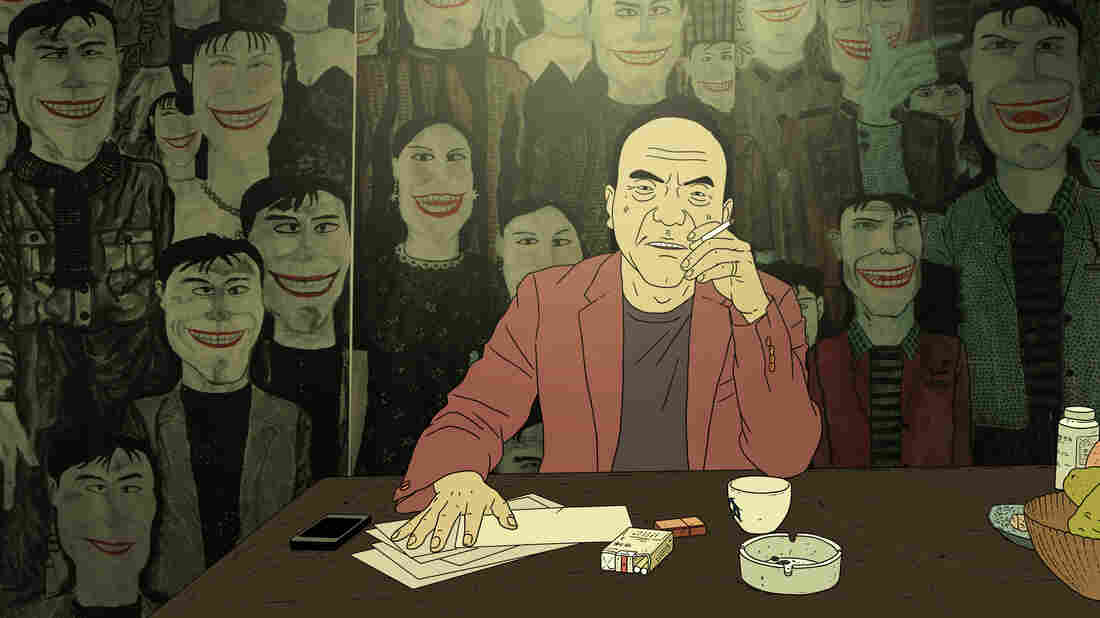 Have a Nice Day is a gritty Chinese crime thriller about a driver who steals a million dollars — and the chain of violence that results. Strand Releasing hide caption 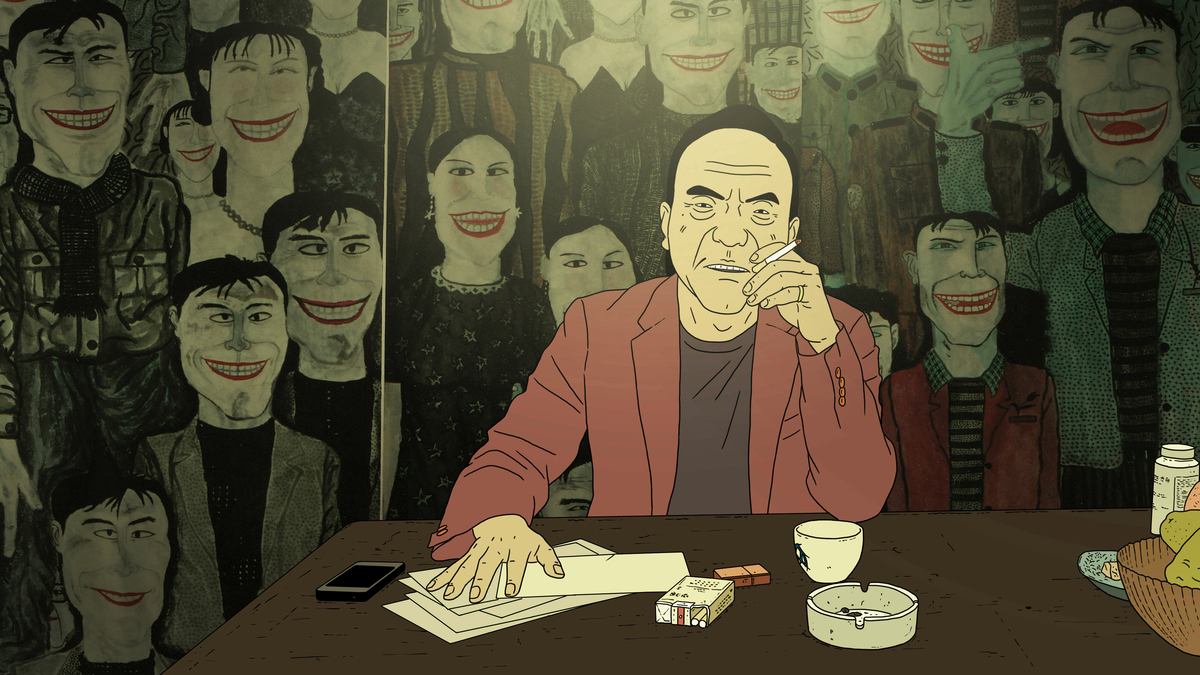 Have a Nice Day is a gritty Chinese crime thriller about a driver who steals a million dollars — and the chain of violence that results.

Have a Nice Day, a bitter and cynical black comedy ripped straight from a doodlepad in the Chinese underground art scene, is the closest any movie has gotten lately to punk rock. It's animated, but the animation is crude and cheap by design, like Beavis and Butt-Head for Economics PhDs. The style serves the same purpose as music does for Iggy Pop: noise for the cause.

Writer-director Jian Liu self-financed his film and drew most of the stills by hand, a process that took years. His first film, 2010's Piercing I, was the first independent animated movie in China. Like many of Liu's contemporaries of the current "sixth wave" movement in Chinese cinema, the movie takes place among the disappearing working class, with a thick layer of Coen-esque neo-noir to help the economic anxiety go down easier. A gangster named Uncle Liu has a big bag of money; his driver steals the cash, hoping to pay for his girlfriend's plastic surgery operation in South Korea; the girl's sister and her man decide they want the money for themselves; and a self-taught inventor goes on the hunt as well, because daddy needs some startup capital.

At a brisk 77 minutes, the film doesn't bother or need to dig into its characters too much. Everyone is defined by their relationship to money, which is the poison tonic linking them to the fantasy of a better life. The planned plastic surgery is to recover from a botched earlier procedure on the homeland, and it's so important to the driver because he needs the boost in social status that marrying a pretty woman will bring. We never meet his girlfriend, who's so ashamed of her first operation that she stays hidden away in her room. The driver's fatal mistake is that he communicates with her via an Internet cafe, in full view of a nosy public that doesn't know how to leave private citizens alone. Later, when he's at the mercy of a hitman, he begs to apprentice in crime, as it's been a lifelong goal of his.

While everyone brandishes meat cleavers at each other, the bag of money keeps changing hands like a hot potato, or like any of those take-your-pick MacGuffins from violent American crime sagas. Only Uncle Liu, whom we mainly see torturing an old friend as he reminisces about their times together, seems to care about human interaction for its own sake.

Visually, Have a Nice Day looks less like a movie than a motion comic — odd considering that medium evolved (unsuccessfully) to bridge the gap between graphic novels and movies. The film is largely made up of reaction shots, or minimal movements, while the actions themselves (punches, gunshots, car crashes) tend to occur in-between the cuts. Liu draws his characters from unflattering angles, sprawled out in pain or bleeding out against ugly backdrops, having failed to properly brace themselves for the cruel world they've unleashed.

Liu is decidedly on the wavelength of Jia Zhangke, this decade's darling of Chinese cinema, whose films also train an unsparing eye on the changing country's left-behinds. Have a Nice Day, which Jia has praised, owes a clear debt to his A Touch of Sin, another anthology of crime and punishment in industrial towns. But where that film embraced an elliptical narrative and imbued its characters' struggles with human weight, Nice Day takes more of a blunt-instrument approach. It's like a John Woo gangster movie that's been boiled down to the bones, matched well by the slinky, brazen electropop of the Shanghai Restoration Project.

It's clear what kind of aesthetic Liu is aiming for, and since the Chinese government briefly blocked the movie from being shown internationally last year, it must be working on some level. Yet for his next film he might want to consider picking up on more of Jia's relatively subdued artistic temperament. When desperate, dirt-poor grungeheads obsess over the capitalist success stories of Bill Gates, Mark Zuckerberg and Jack Ma, the irony is as thick as Shanghai smog. And yet, when we get a monologue about the "three kinds of freedom" as they relate to where you buy your food, there's a sense that Liu has done it. He's taken ugly, crass consumerism and turned it into something kind of ... profound.