Accessibility links
Amid Bitcoin Frenzy, SEC Warns Against Risky Cryptocurrency Products The Securities and Exchange Commission is worried about the rise of new ways to invest in digital currencies like bitcoin. Regulators warn of potential "fraud and manipulation" in proposed funds. 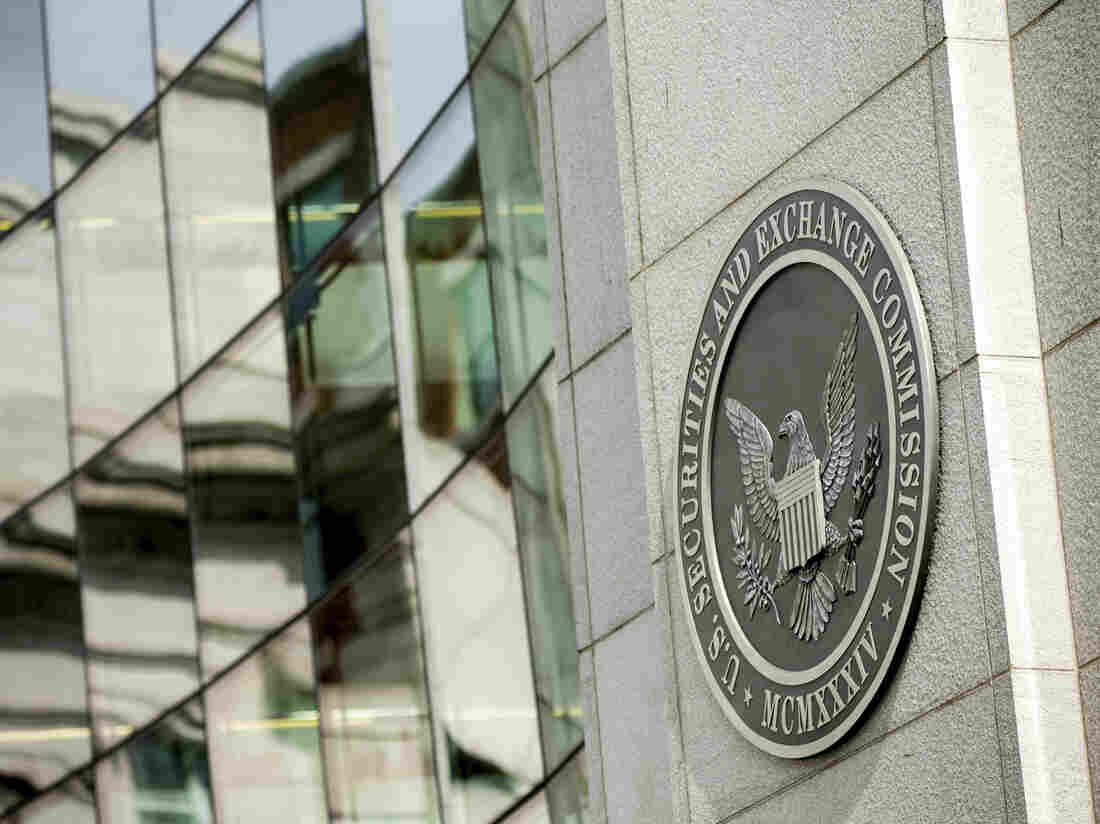 The Securities and Exchange Commission is warning investors about the potential for volatility and fraud in new cryptocurrency products. Andrew Harnik/AP hide caption 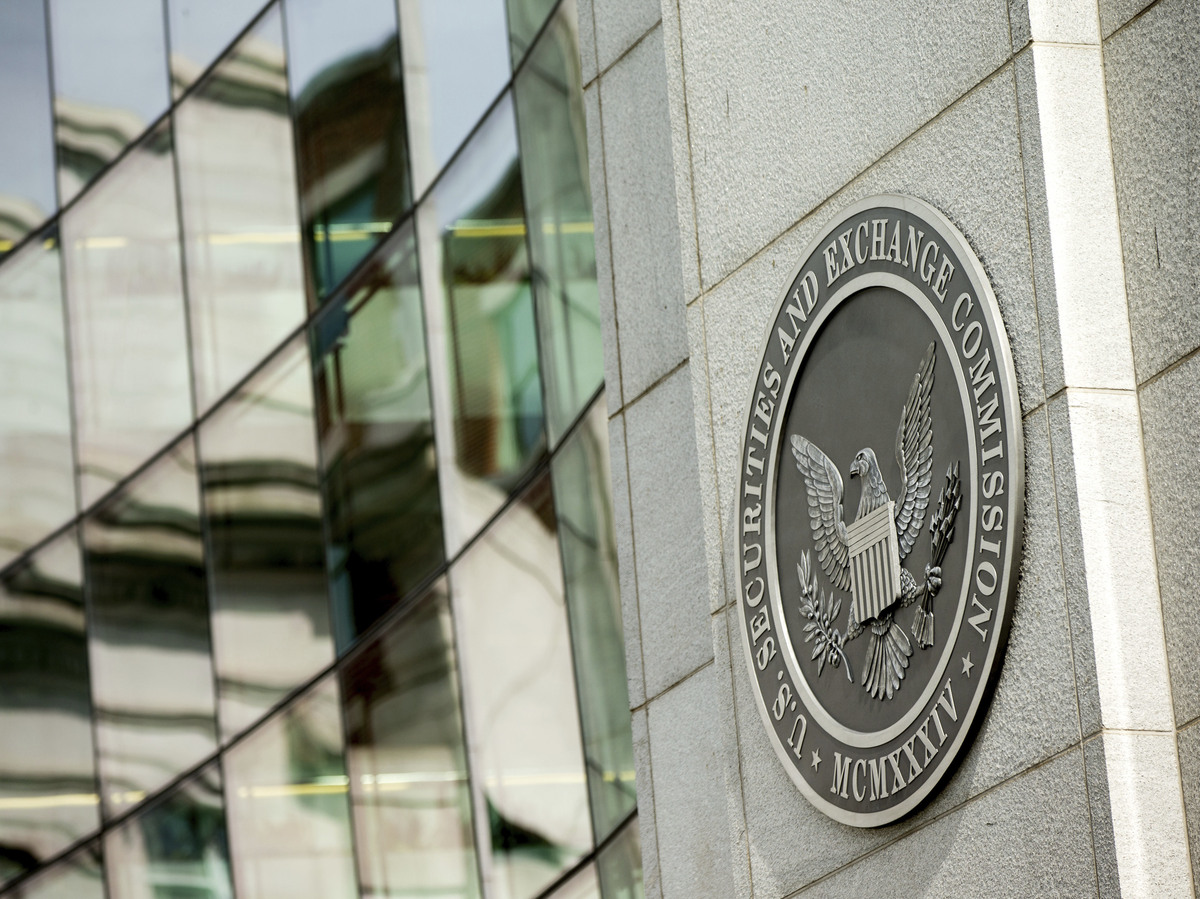 The Securities and Exchange Commission is warning investors about the potential for volatility and fraud in new cryptocurrency products.

If you're tempted to join the cryptocurrency bandwagon, regulators say you should take a pause before you click "buy."

Following bitcoin's meteoric price rise in 2017 — from just under $1,000 in January to nearly $20,000 in December — there's been a rush to cash in on cryptocurrencies and the blockchain technology that makes them possible.

Numerous investment vehicles have been created to meet this surge in consumer demand.

In December, bitcoin futures began trading on two exchanges, the Chicago Board Options Exchange and the CME Group. In January, Kodak saw its shares rise on the announcement of its "KodakCoin" digital currency. Even Venezuela is making moves into digital money, with President Nicolas Maduro announcing the development of a "petro cryptocurrency" backed by the country's oil and gas reserves.

But where some see opportunity, regulators are preaching caution. Last week, the Securities and Exchange Commission shot down proposals from two exchange-traded funds seeking to offer investors a way to trade in cryptocurrencies on more traditional exchanges.

ETFs have exploded in popularity in recent years and offer a simple way for individuals to diversify their investments. The funds hold a basket of investments, and investors can then buy and sell the ETFs like normal stocks.

In this case, the two funds proposed investing in cryptocurrencies. They would allow investors to trade shares of the funds, with fund managers handling the selection and purchase of the underlying crypto assets in their portfolios.

For the SEC, cryptocurrencies are still too new and poorly understood to allow them onto more conventional exchanges.

But the agency's reluctance to allow crypto trading on stock exchanges has done little to curb investor enthusiasm. Aspiring investors can still trade bitcoin and other currencies on a host of online exchanges. (Earlier this month, bitcoin prices plummeted and it was trading at around $11,000 on Thursday.)

Investors can also participate in "initial coin offerings," where new coin developers sell their digital coins in exchange for startup capital. Unlike traditional IPOs, most ICOs do not give investors a stake in the company. As a result, ICO curators claim that their activities fall outside of the SEC's regulatory authority.

The SEC is not so sure. "Fraudsters may entice investors by touting an ICO investment 'opportunity' as a way to get into this cutting-edge space, promising or guaranteeing high investment returns," the agency said in an investor bulletin.

On Monday, SEC Chairman Clayton called out the financial advisers and lawyers behind many ICOs, saying "they can do better."

Crypto investors do not need to look far to see what the SEC is warning about. Last week, BitConnect, an online platform that guaranteed returns of up to 40 percent per month, collapsed.

Some prominent figures in cryptocurrency, including Ethereum co-founder Vitalik Buterin and hedge fund manager-turned-crypto-investor Michael Novogratz, called this "too-good-to-be-true" venture a Ponzi scheme. Over the course of a few days, BitConnect's coin lost more than 90 percent of its value. Investors were left with no way to withdraw their funds as the platform announced that it was shutting down. Those who could found that their investments had shriveled to a fraction of their initial value.

The problem isn't limited to BitConnect. New research from Ernst & Young reveals that over 10 percent of the funds generated by ICOs are either misplaced or seized by hackers. These attacks exploit flaws in the code of new cryptocurrencies, many of which are rushed to market without meaningful review. It's often impossible to recover stolen funds because blockchain transactions are irreversible. According to Ernst & Young, this 10 percent represents a loss of about $400 million in investor money.

Despite the risks, investors continue to flock to ICOs and projects that utilize blockchain technology. Even famously contrarian billionaire Mark Cuban is getting on board, with his announcement last fall of a $25 million investment in the esports-betting cryptocurrency Unikrn. Speaking to crypto newsletter CoinDesk, Cuban called the ICO opportunity "a perfect fit."

As for BitConnect, representatives of the company have not responded to multiple NPR requests for comment. But they have announced that they are still going forward with an ICO for a new project, BitconnectX. Whether any investor will still trust them remains to be seen.