Accessibility links
Oprah Winfrey Says She Doesn't 'Have The DNA' For Running For President The media mogul spurred talk of a White House bid with a stirring Golden Globes speech earlier this month. But Winfrey now says she isn't interested in being president. 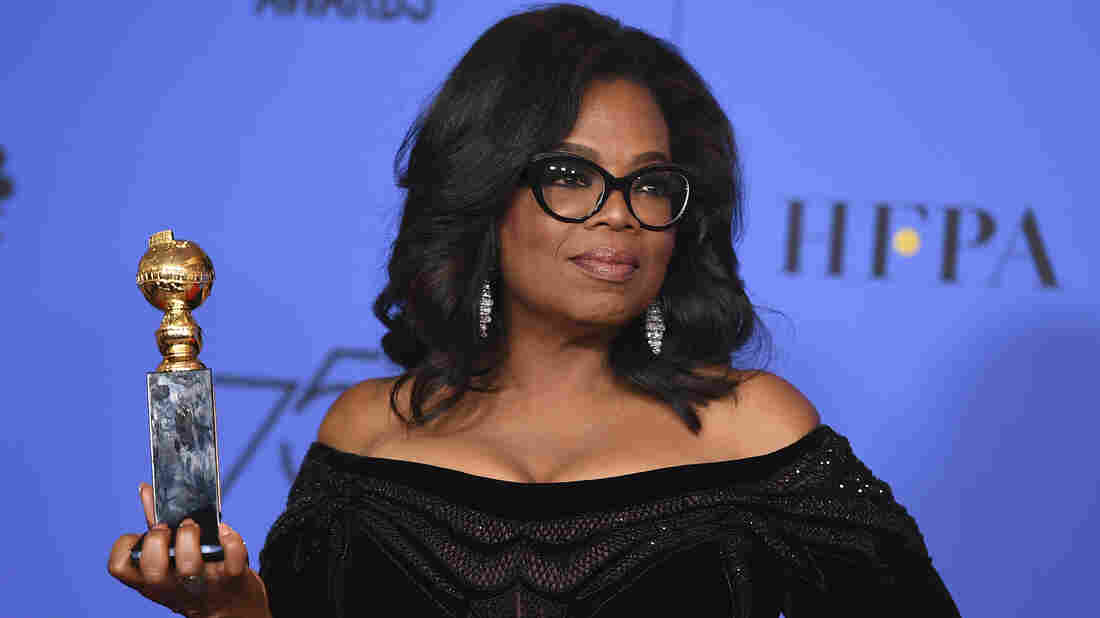 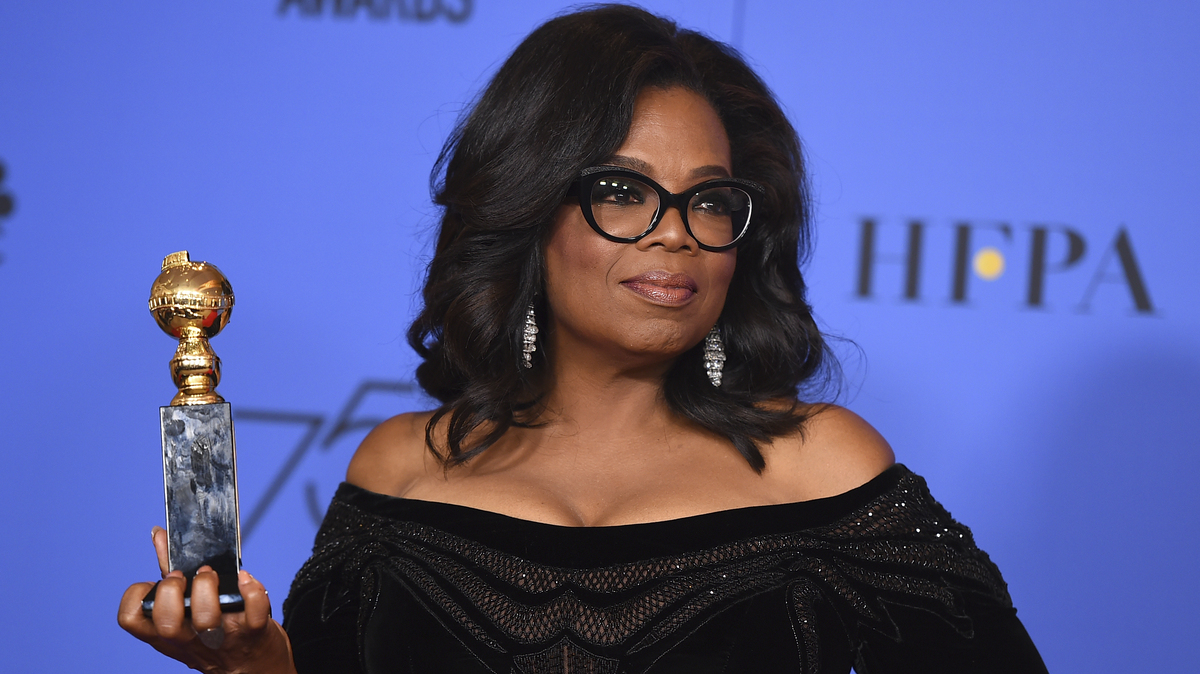 Oprah Winfrey poses in the press room with the Cecil B. DeMille Award at the 75th annual Golden Globe Awards earlier this month.

Oprah Winfrey, the media mogul and actress who spurred buzz of a White House bid with her stirring speech at the Golden Globes this month, told InStyle that she isn't interested in being president.

"I've always felt very secure and confident with myself in knowing what I could do and what I could not. ... I don't have the DNA for it," Winfrey told the magazine.

The former talk show host said she has received plenty of encouragement toward a campaign, and she thought the mock-ups of an Oprah 2020 mug and other campaign literature were "cute."

Winfrey's longtime partner, Stedman Graham, had initially fanned the flames, telling the Los Angeles Times after her speech that, "It's up to the people. She would absolutely do it." But her best friend, Gayle King, who co-anchors CBS This Morning, said that even though she has had people pestering her about whether Winfrey is going to run, even she ultimately knew a run wasn't likely in the cards.

"So Gayle sends me these things, and then she'll go, 'I know, I know, I know! It wouldn't be good for you — it would be good for everyone else,' " Winfrey said. "I met with someone the other day who said that they would help me with a campaign. That's not for me."

An NPR/PBS NewsHour/Marist poll found that Winfrey would beat President Trump in a hypothetical matchup, 50 to 39 percent. Trump, however, told reporters he was confident he could beat Winfrey.

While Winfrey is incredibly popular and has a lot of name recognition, a majority of Americans also said they didn't want Winfrey to run. Many cited the same reasons they were unhappy with Trump in the Oval Office — they didn't like the idea of another celebrity candidate who didn't have any prior political experience.

Winfrey's passionate address after accepting the Cecil B. DeMille Award for lifetime achievement — where she proclaimed that "a new day is on the horizon!" and addressed growing sexual harassment scandals, imagining a time "when nobody ever has to say 'me too' again" — sent the hashtag #Oprah2020 trending. Many Democratic strategists said that a Winfrey run didn't sound that crazy after all.

But, ultimately, it looks as though Winfrey has her eyes trained not on Washington, but on her many other endeavors, from her OWN (Oprah Winfrey Network) channel to being a special contributor for CBS's 60 Minutes.

"I have to say the core of me is about conversations. Exploring the depth of our human experiences. That is what I do. That is my calling," Winfrey said.