Accessibility links
Trump Intended To Fire Special Counsel Mueller In June, 'New York Times' Says The paper reports that the president backed off when his chief lawyer threatened to quit if the plan went ahead. In Switzerland for an economic forum, Trump dismissed the report as "fake news." 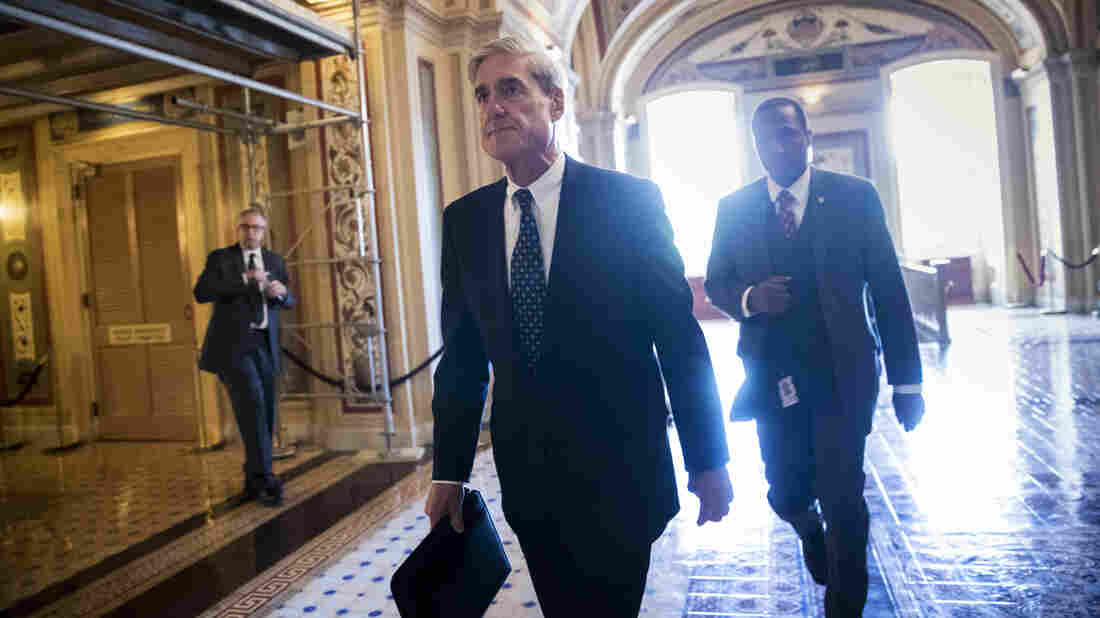 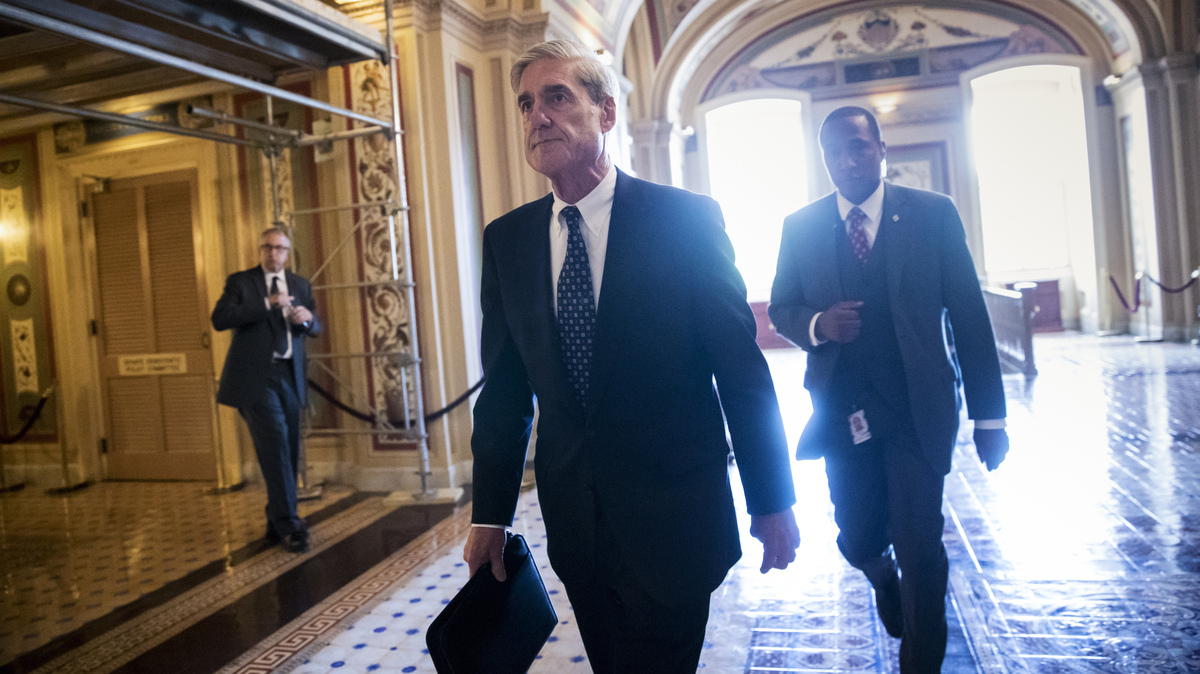 Special counsel Robert Mueller at the Capitol in June. The New York Times reports President Trump intended to fire him that month but was dissuaded by White House Counsel Don McGahn.

President Trump ordered White House counsel Don McGahn to fire Justice Department special counsel Robert Mueller last summer — but McGahn refused and threatened to quit himself if the president went ahead, according to an explosive report in The New York Times.

Trump, in brief remarks as he entered the conference hall at the World Economic Forum in Davos, Switzerland, dismissed the story in what has become his characteristic fashion.

Neither attorneys for Trump nor the Justice Department would immediately comment on the story.

The Times story described Trump formulating a case against Mueller as someone who could investigate possible Trump campaign involvement with Russia's attack on the 2016 election.

Trump argued Mueller had conflicts of interest: over Mueller's onetime membership at one of Trump's golf courses; over his connection to a law firm that represented Trump's son-in-law; and over the interview he had done with Trump to possibly take over the FBI after Trump had just fired then-Director James Comey.

Mueller had served as a longtime director of the bureau and was Comey's predecessor; NPR reported last June that Trump had placed him on the shortlist to take over after Comey's dismissal.

But even though McGahn did not go along with Trump's desire to get rid of Mueller, the White House's top lawyer had reportedly been part of an earlier pressure campaign on the Justice Department. McGahn has been described as the conduit for requests by Trump that Attorney General Jeff Sessions not recuse himself from the Russia matter — although he ultimately did — and that FBI Director Christopher Wray get rid of Deputy Director Andrew McCabe. Wray has not agreed.

And the complaint about Mueller's "conflicts" has become a leitmotif of Republican criticism of the special counsel's office, the Justice Department and the FBI. Trump allies, particularly in the House, have zeroed in on what they said was Mueller's failure to investigate the sale of a uranium company and what's been described as his withholding of information from Congress as reasons he must step down or Sessions must appoint a second special counsel.

The Justice Department's inspector general is looking into its handling of recent high-profile political cases, including the private email server used by Hillary Clinton while she was secretary of state. Mueller has removed at least one investigator from the Russia unit whom the inspector general discovered had criticized Trump in text messages on his FBI-issued phone.

At the same time, the White House has sought to keep its allies' attacks on Mueller at arm's length. Lawyers for the president emphasized on Thursday how much they have cooperated with special counsel and congressional investigators — they released a sheet documenting the number of witnesses and documents they have made available.

Trump himself said in a surprise appearance on Wednesday that he is looking forward to giving a personal interview to Mueller, under oath. His legal team said the president's comments took place as he "hurried" to leave for his trip for Switzerland and they have made clear that negotiations for an interview with Mueller are still ongoing.

Mueller has conducted interviews with several top insiders, working his way closer in the administration to the president. Mueller talked with Sessions last week and with McGahn and Comey last year.