Accessibility links
'The Maze Runner: The Death Cure': Nice Guy Finishes, At Last The longest, and last, of the Maze Runner films puts its bland teen heroes through the usual paces, but there are enough strong character actors around to keep things interesting. 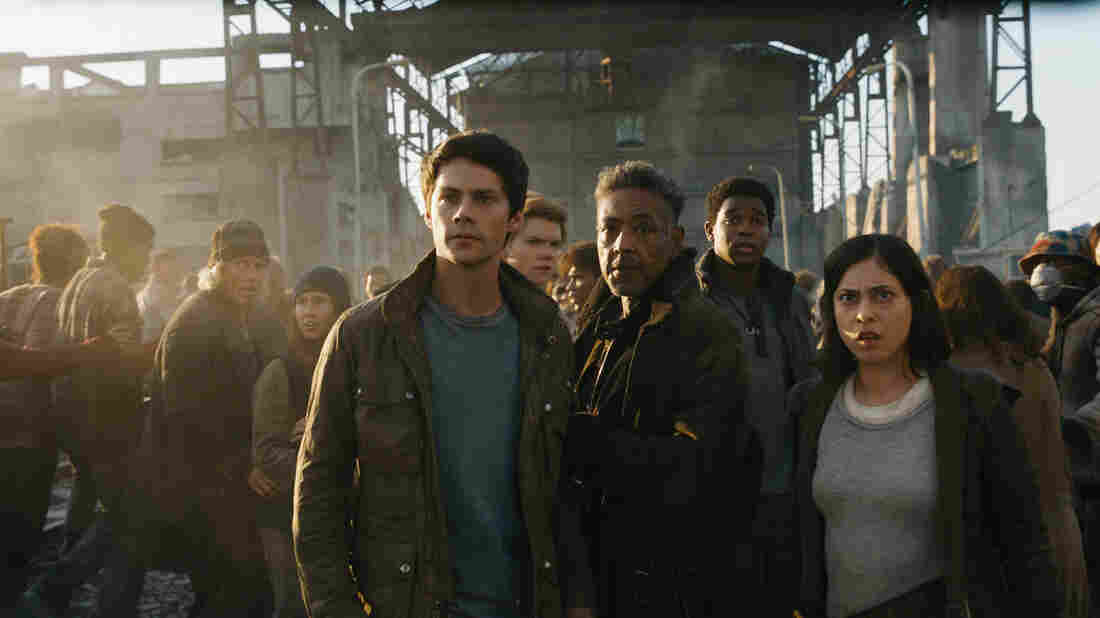 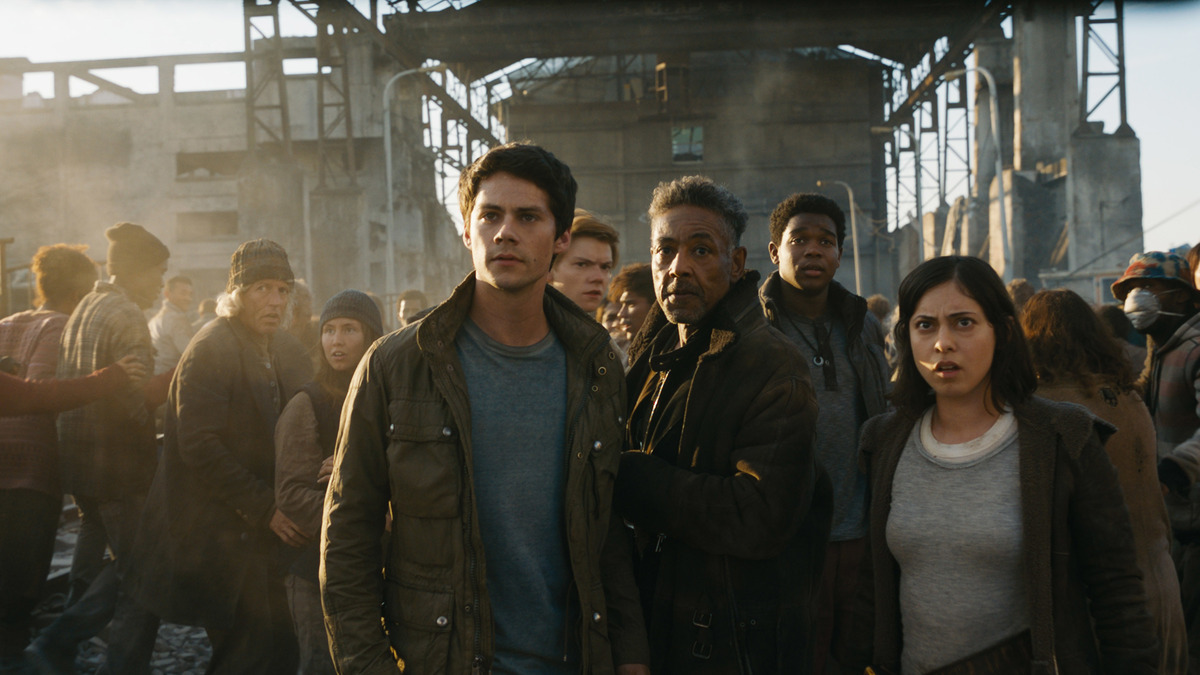 The maze-running part of The Maze Runner trilogy wrapped up about two-thirds of the way into the first film, leaving it to exist only as a metaphor for fresh-faced young people getting treated like laboratory rats. And not without cause: These beautiful blandlings are immune to a global pandemic called "The Flare," which is threatening to turn the bulk of humanity into grotesque, snarling, zombie-like features called "Cranks." Operating under the not-at-all sinister-sounding acronym WCKD, a government agency, led by a couple of oldsters, wants to harvest our heroes for an antidote to the virus and develops absurdly elaborate containment systems to keep them in line.

There's plenty more plot where that came from, including key locations like "The Glade" (the walled-in compound from the first film) and "The Scorch" (the sunburnt apocalypse of the second film), monsters like the mechanized "grievers," and a band of anti-WCKD guerrilla fighters called "The Right Arm" that promises a "Safe Haven" on which to rebuild civilization. (The series, based on James Dashner's novels, is nothing if not in love with its invented terminology.) The stakes are high enough to sustain the franchise through three films of increasing length, and the direction, by Wes Ball, is well above average for YA sci-fi/action vehicles of their kind.

Yet even after 142 minutes of The Death Cure, an active and expensive-looking finale, The Maze Runner never solved for the "why." And not "why" in terms of plot holes — e.g. "Why was such a literally labyrinthine plan necessary to discover an antidote?"— but "why" in the more existential sense. Here's a series that's borrowed liberally from Lord of the Flies, The Road Warrior, and any number of fast-moving zombie pictures, but discarded their themes like yesterday's lunch. The future dystopia, the virus, the totalitarian quasi-government, the war between various factions — it's all just a lot of stuff that happens. At bottom, The Maze Runner may be about nothing more than generational resentment, just a bunch of kids tired of old people telling them what to do.

The Death Cure starts with a slam-bang setpiece where our Chosen One hero, Thomas (Dylan O'Brien), teams up with a few "Gladers" and Right Arm leaders (Barry Pepper, Giancarlo Esposito, and Rosa Salazar) to liberate his friend Minho (Ki Hong Lee) and other immune children from a moving WCKD train. They partially succeed, but fail to find Minho, who's been taken to a gleaming WCKD metropolis called "The Last City" to play human guinea pig once again. It's up to Thomas and the gang to infiltrate this high-tech quarantine, lorded over by imperious doctor Ava Paige (Patricia Clarkson) and Janson (Aidan Gillen), her talking-villain of a security head. Thomas also has to confront Teresa (Kaya Scodelario), a Glader turncoat who betrayed his trust and opted to join WCKD in their search for the cure. (Teresa's presumed logic — that it's worth experimenting on a few dozen young people to spare the lives of untold thousands — is curiously not understood or embraced by the Gladers or the filmmakers.)

The Maze Runner is the rare series that has improved with each installment, expanding beyond the organic pen of the first film into a bigger and more thrillingly realized science fiction sandbox. Though its young leads are mostly blah, the franchise has steadily accumulated character actors to liven things up, like Gillen, Esposito, and Pepper in the second film and now Walton Goggins in the third as the deformed leader of the Cranks. While Ball tries for too much in the needlessly protracted finale, he's supremely confident in staging the action sequences, which usually rely on a meticulously orchestrated set of circumstances. It may be absurd, for example, to plan on crane-lifting a bus out of sticky situation, but it's no less thrilling to see it happen.

As spectacle for its own sake, The Death Cure blows away the Divergent series and the last Hunger Games, which also came down to a Battle Royale on the streets of a decadent city. But it also smacks against the creative dead-end that's been stalling out YA adaptations of its kind. You can't run audiences through the same maze without them figuring out where all the exits are and longing for other worlds to explore. When large-scale YA franchises make a comeback, they need to have the courage to stake out new territory — and figure out why they're going there in the first place.