Accessibility links
StoryCorps: How 3 Generations Of Women Got Into The Medical Field In this family, three generations of women have held careers in the medical field. In a StoryCorps interview, Sharon Brangman tells her daughter the struggles she faced while pursuing her dream job. 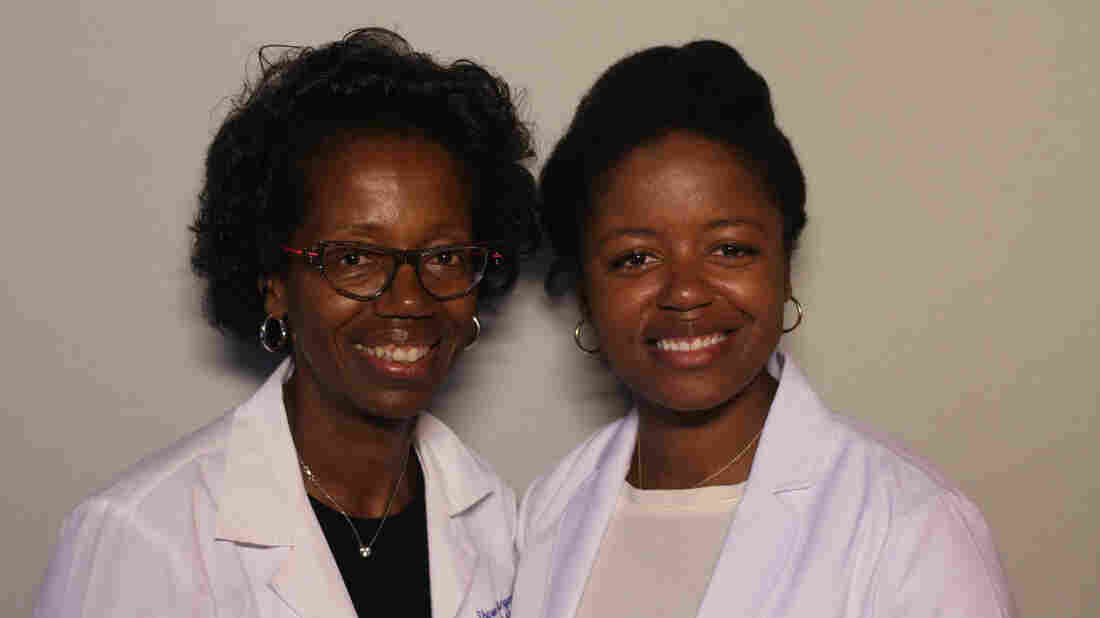 At StoryCorps in New York City, Sharon Brangman shared with her daughter, Jenna Lester, some of her experiences in medical school and how her mother, Ruby, helped her become a doctor. Mia Warren/StoryCorps hide caption 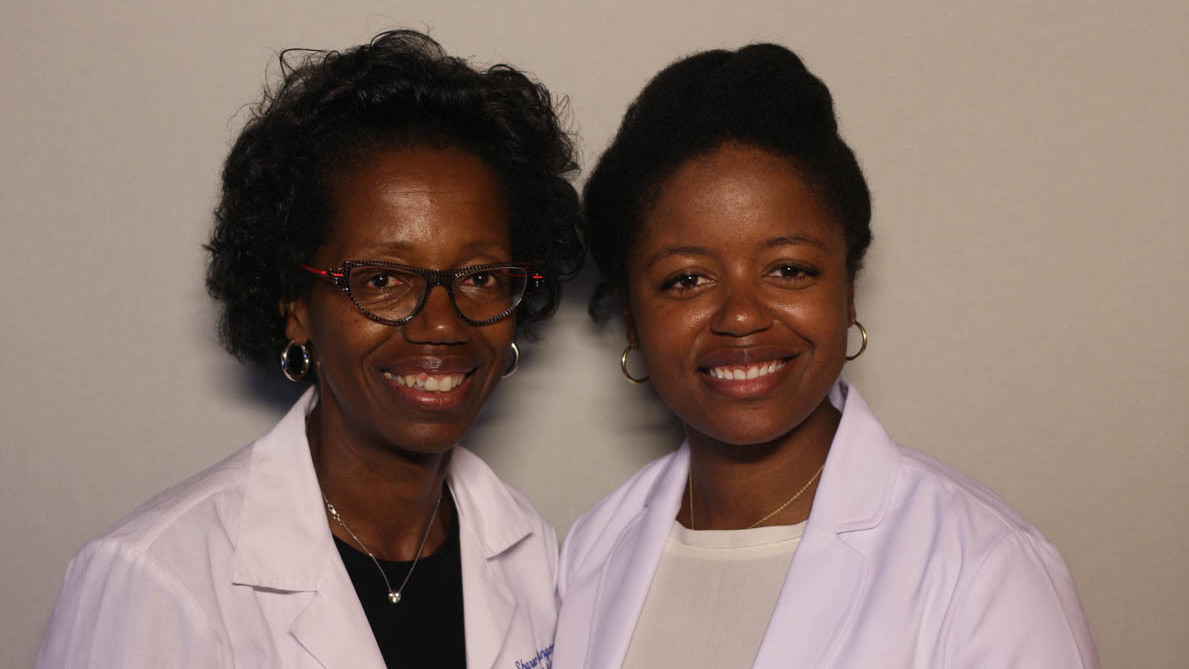 At StoryCorps in New York City, Sharon Brangman shared with her daughter, Jenna Lester, some of her experiences in medical school and how her mother, Ruby, helped her become a doctor.

Sharon Brangman knew at a young age — around 10 years old — that she wanted to be a doctor one day.

So when a school guidance counselor put her in typing and home economics classes, her mother, Ruby Brangman, wouldn't have it. Ruby made a trip to her daughter's school to address the matter.

"Grandmother was like, 'Oh, no way,' " Sharon tells her daughter, Jenna Lester, in a StoryCorps interview in New York City. "I remember she went up to the school and said, 'I want my daughter transferred so she could go to college.' "

Ruby was one of the first black women nurse practitioners in the state of New York. She received her license from the University of Rochester in 1974, when the role of the profession was still being defined, according to the school's medical center.

Sharon, now 62, recalls one of her medical school professors, a white man, holding up a picture of a Negro League baseball player while he talked about muscles in "black dialect." The same professor showed Playboy centerfolds when discussing anatomy.

"When you were taking a really hard test, he would walk behind, linger over your shoulder," Sharon says. "And he had this horrible pipe. You'd hear a little puff sound and smell this smoke come over you. And he would do that to all the black students." 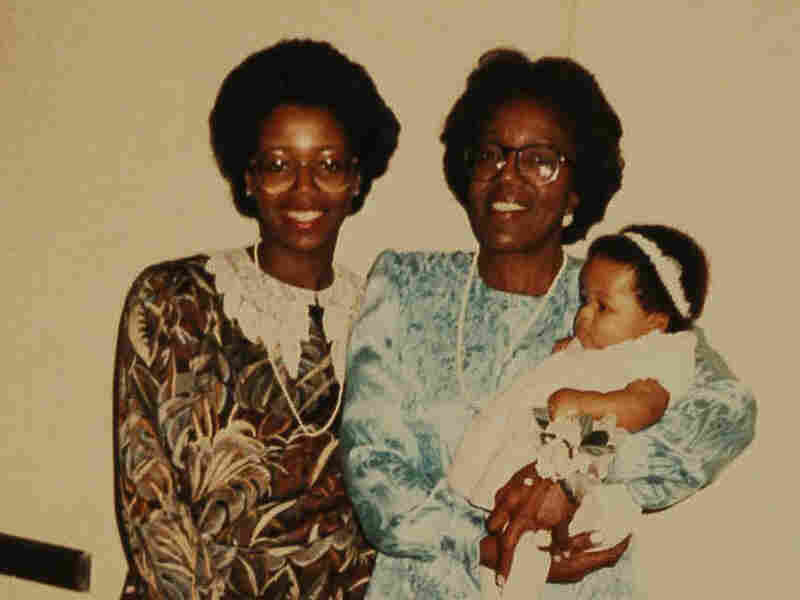 Sharon Brangman poses with her mother, Ruby Brangman, who holds her granddaughter, Jenna Lester, in 1988. All three women entered the medical field. Courtesy of the Brangman family hide caption 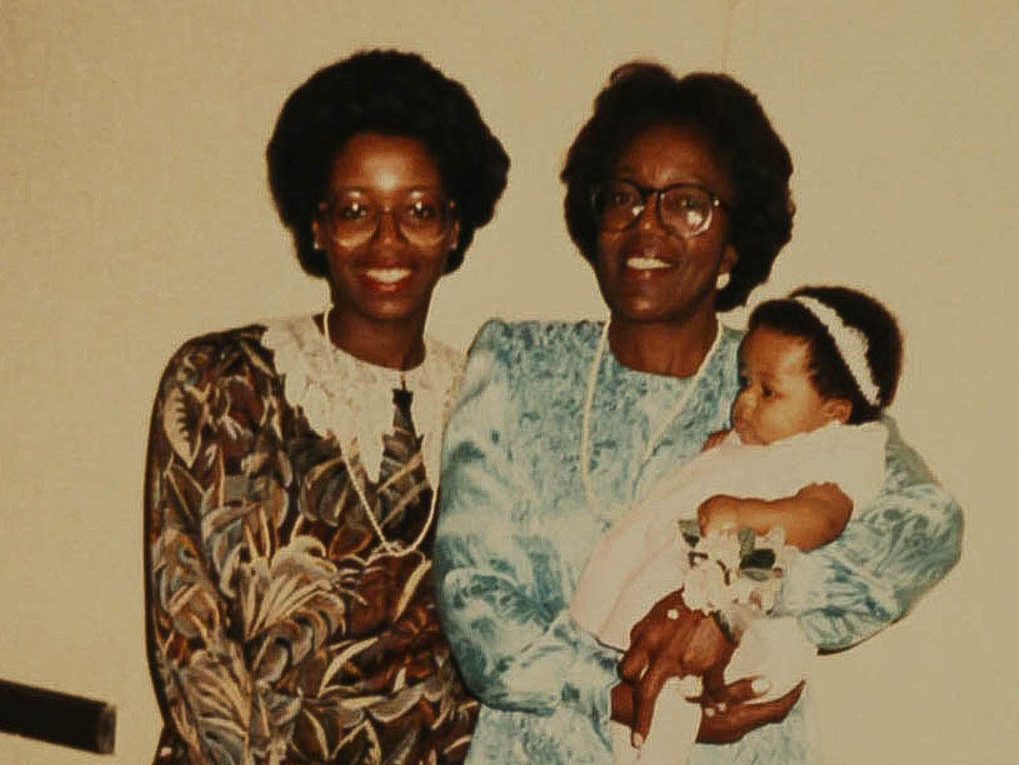 Sharon Brangman poses with her mother, Ruby Brangman, who holds her granddaughter, Jenna Lester, in 1988. All three women entered the medical field.

Courtesy of the Brangman family

Looking back, Sharon says she remembers her mother telling her that it didn't matter if her teacher liked her or not. Her job there was to learn.

"She didn't go to college, but if she had come up in a different era, I think she would have been the first physician in the family," Sharon says.

Instead, Ruby's determination set Sharon on that path — the same one that paved the way for Sharon's daughter, Jenna, who's finishing up the final year of her dermatology residency in California.

Jenna, 29, recalls one of her more vivid memories that helped her gain a greater understanding of her mom's profession. On a visit to Jenna's first-grade classroom, her mother split open a cow's heart and showed the class the different chambers and valves.

"The typical person who has a long line of doctors in their family are often white men that I sit next to in class, whose father, grandfather, great-grandfather were doctors," Jenna says. "And it's cool to be a part of the same thing, but it looks very different."