Accessibility links
2020 Census To Keep Racial, Ethnic Categories Used In 2010 Experts say the announcement about the 2020 national census suggests the Trump administration will not approve Obama-era proposals to change how the government asks about race and ethnicity. 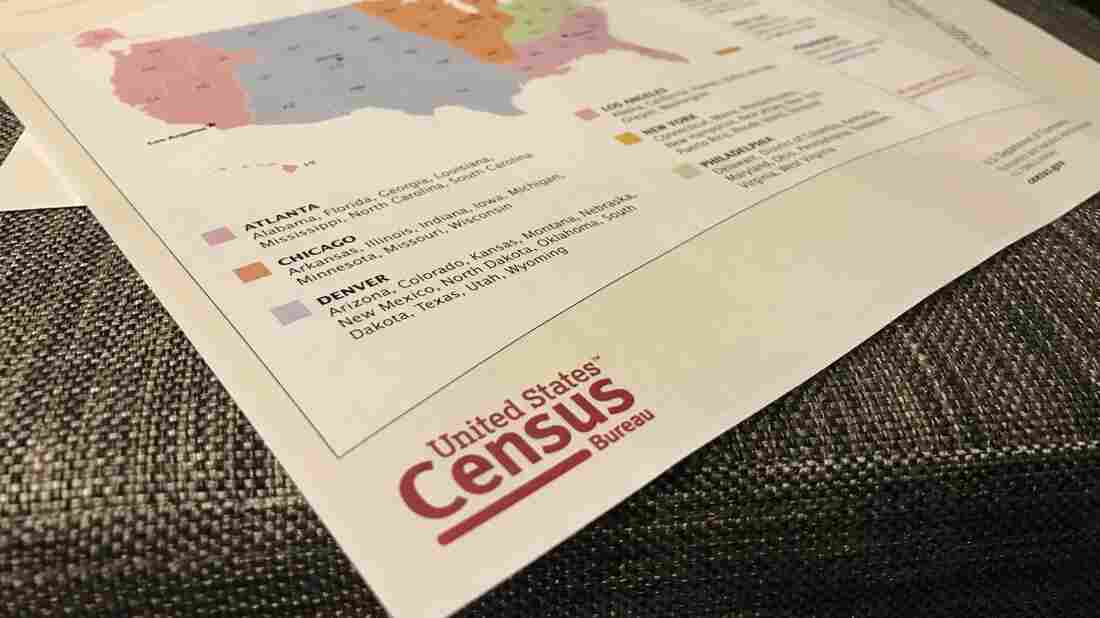 A map shows the locations of the U.S. Census Bureau's regional offices for the 2020 census. Hansi Lo Wang/NPR hide caption 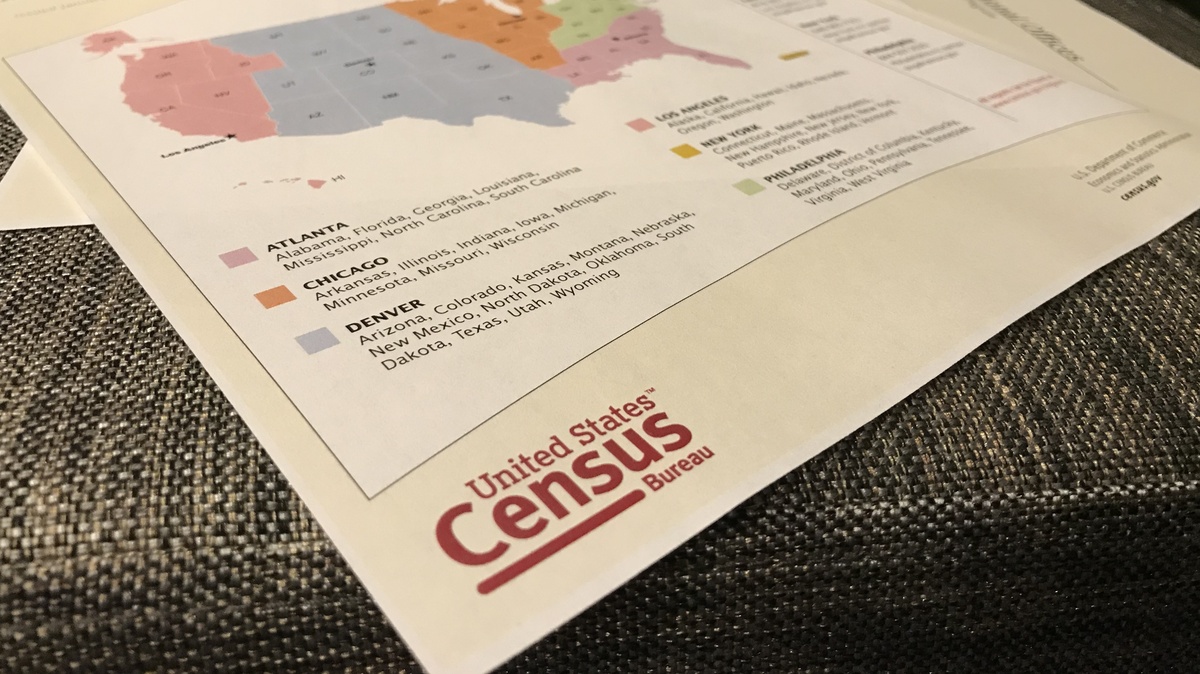 A map shows the locations of the U.S. Census Bureau's regional offices for the 2020 census.

A Census Bureau announcement about the race and ethnicity questions for the 2020 census suggests the Trump administration will not support Obama-era proposals to change how the U.S. government collects information about race and ethnicity, census experts say.

If approved, the proposals would change how the Latino population is counted and create a new checkbox on federal surveys for people with roots in the Middle East or North Africa. Research by the Census Bureau shows these revisions could improve the accuracy of the upcoming national head count in 2020. Any changes would carry wide implications for legislative redistricting, civil rights laws and health statistics.

So far, though, the White House's Office of Management and Budget, which sets the standards for race and ethnicity data for federal agencies, has not released any decisions. OMB has also not responded to NPR's request for comment.

Still, on Friday, the Census Bureau's head of the 2020 census, Albert Fontenot, announced the upcoming national head count will keep the same racial and ethnic categories used for the 2010 census. It will also continue asking about those topics as two questions, despite its own research showing that changes could encourage more census participants to provide race and ethnicity data.

At the bureau's public meeting on 2020 census preparations, the chief of the bureau's population division, Karen Battle, said that a new category for people with roots in the Middle East or North Africa, or MENA, will not be added to the 2020 questionnaire because more research is needed. Battle cited public comments the bureau has received saying that MENA should be treated not as an option for race but for ethnicity, which she says the bureau has not specifically tested so far.

Before the announcement, census watchers said Census Bureau documents posted this week on the website for the Office of Information and Regulatory Affairs within OMB provided a signal of where the Trump administration stands on these proposals.

"I think this is a big one," said John Thompson, a former director of the Census Bureau who left the agency last year, referring to the significance of the documents.

They detail the bureau's request to change the questionnaire set to be used in an upcoming practice run of the 2020 census — known as the End-to-End Census Test — taking place this year in Rhode Island's Providence County.

To prepare for potential policy changes on race and ethnicity data, that questionnaire, as submitted to OMB last year for approval, originally followed the Obama-era proposals. It combined the two census questions about race and Hispanic origin required by the current federal standards into one question, with "Hispanic, Latino, or Spanish" as an option for both race and ethnicity. Among the other checkboxes under the combined question was "Middle Eastern or North African," which was separate from "White."

But the Census Bureau has now submitted a request to go back to two separate questions with no checkbox for "Middle Eastern or North African."

Thompson, the former Census Bureau director, considers the request a sign that the bureau has gotten word that OMB will not change the federal standards on race and ethnicity data.

If that is indeed the case, Thompson said lawmakers on Capitol Hill could step in later to proceed with the proposed changes before the 2020 census.

"Anything can happen," he said. "Congress can pass a law."

Other census watchers say they're disappointed that the Trump administration appears to have decided to not follow the recommendations of Census Bureau staffers who spent years researching how to collect more accurate race and ethnicity data.

"The decision to ignore years of research and the expert advice of scientists is a blow to science and the collection of the best data possible," said Arturo Vargas, executive director of the National Association of Latino Elected and Appointed Officials Educational Fund, in a written statement.

Last year, an advisory group of experts from various federal agencies released a report that pointed to concerns about how the proposed changes to the federal standards could affect state governments, schools and hospitals that may or may not use the standards for their own record keeping.

The Rash Of Troubles At The Census Bureau

The Rash Of Troubles At The Census Bureau

"Inconsistency between self-reported [federal] survey information and reporting on administrative records results in discrepancies between major sources of information for the [nation], which could be made worse by changing the standards," wrote the advisers serving on the Federal Interagency Working Group for Research on Race and Ethnicity.

Ken Prewitt, a former Census Bureau director who served under the Clinton administration, says he acknowledges that nobody wants to change any form if it can be avoided.

"But a country with demographics as fluid as the U.S. has to adjust its statistics," adds Prewitt, who is also author of What Is "Your" Race?: The Census and Our Flawed Efforts to Classify Americans.

Prewitt says the proposal to ask about race and ethnicity in a combined question is a "really innovative" way to address the challenge of "some other race" ranking as the third-largest racial group reported in census results from 2000 and 2010. If the Trump administration does not move the proposal forward, Prewitt expects it to be reintroduced for approval under a different presidential administration.

While the wait continues for an official announcement of OMB's decision on the proposals, the Census Bureau is expected to release its report to Congress on the final wording of the 2020 census questions — including those about race and ethnicity — by the end of March.