Accessibility links
Mary Gauthier Tells Veteran Stories On 'Rifles & Rosary Beads' The Nashville singer-songwriter and one of her military-veteran collaborators discuss writing music as a way to heal from war. 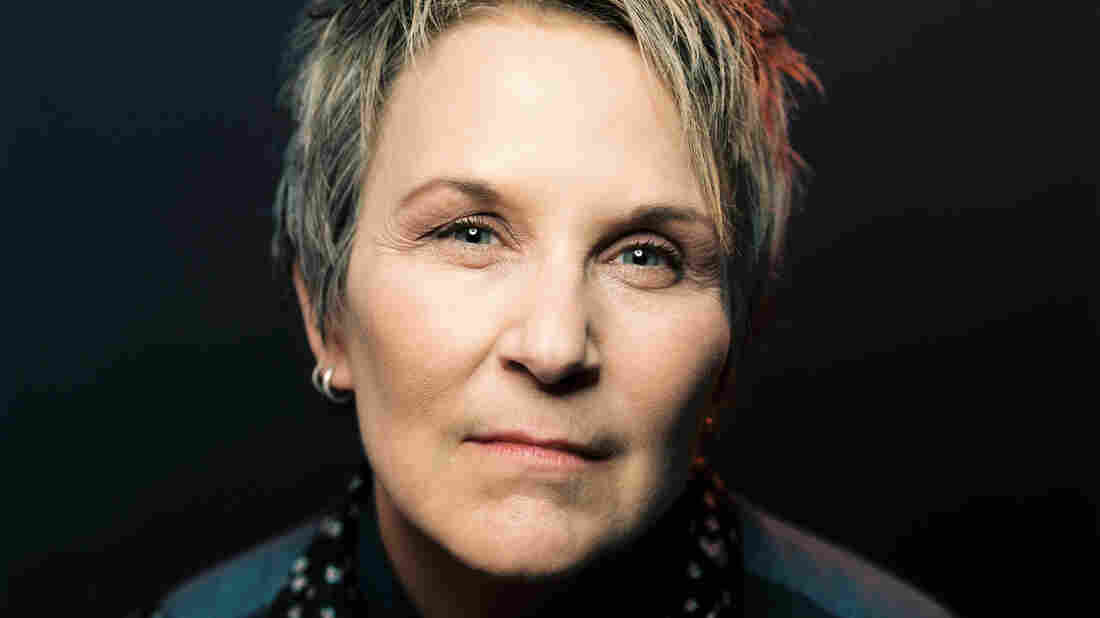 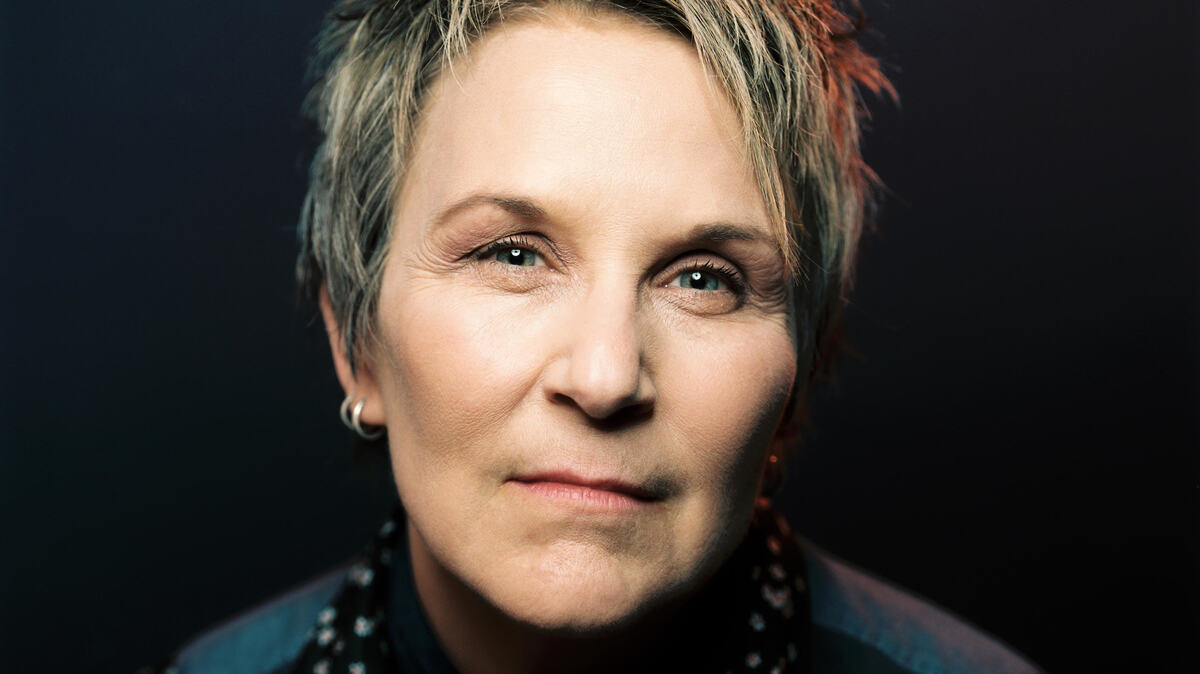 Mary Gauthier is no stranger to the gut punch. The lyrical precision on the folk singer's first eight studio albums is testament to her ability to transform her own trauma into a purposeful and communal narrative.

On her latest project, Rifles & Rosary Beads, Gauthier shifts the subject to tell the stories of American veterans by employing the voices of those who have served. The Nashville singer-songwriter worked in collaboration with the nonprofit SongwritingWith:Soldiers to co-write the album's 11 tracks with veterans and their families.

Former U.S. Army Sergeant Joshua Geartz is not a songwriter by trade, but he gives plenty of punch on "Still On The Ride," a song he and Gauthier wrote together about Geartz's best friend who died when they were in Germany.

"I shouldn't be here / You shouldn't be gone," Gauthier sings. "But it's not up to me / Who dies and who carries on."

Gauthier hopes her album will help bridge what she sees as a "civilian-military divide" in the United States, too often buried in politics to prioritize the lives and health of veterans. 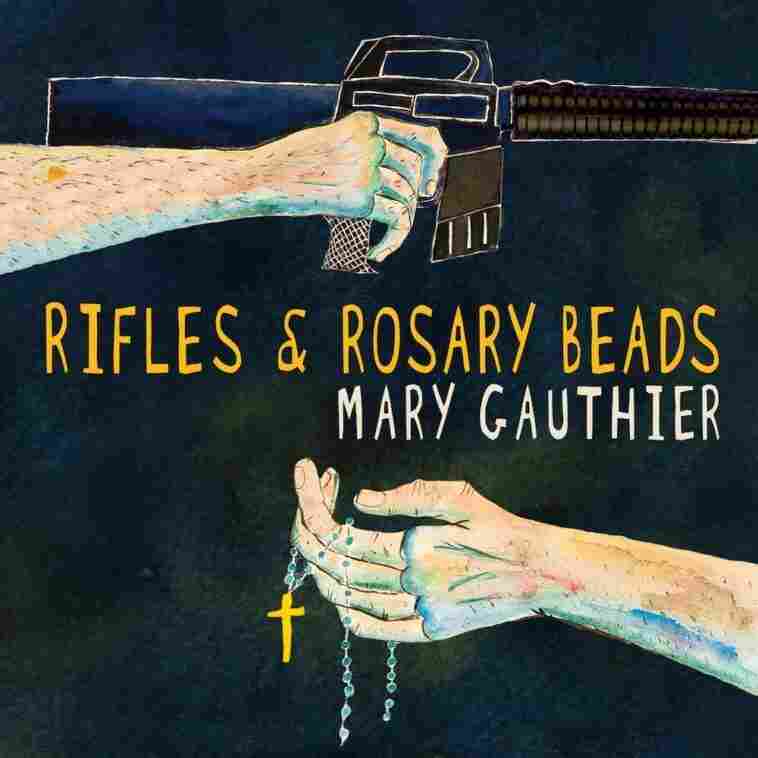 While writing with Gauthier, Geartz says he found himself telling her things he "had never told anyone." Together, they reworked a traumatic memory into a healing reminder: "I sit in my room / I close my eyes / Me and my guardian angel / We're still on the ride."

"Instead of 'Why me?' you know, 'Why am I still here and he's gone?' I kind of look at it now as my second chance," Geartz says. "Not only for [my life,] but now, I get to live for him, too." Hear Scott Simon's interview with Mary Gauthier and Sergeant Geartz at the audio link, and read an edited transcript below.

Scott Simon: What drew you to this project?

Mary Gauthier: Well, I was invited to do a retreat about four and a half years ago with SongwritingWith:Soldiers, and as I sat and listened to the stories I was told, it just moved me to the core. Something clicked in my heart and in my brain, and I knew [I had] stepped into something incredibly beautiful.

Simon: Sergeant Geartz, tell us about your service. I gather you enlisted in 1999.

Simon: And you suffered an injury in Iraq, didn't you?

Geartz: Yes, sir. My vehicle that I was driving was struck with a roadside bomb the night before I left the country. ... Dealing with all of [that] brought me into a really dark place where I had attempted suicide in 2014. Fortunately, it didn't work. I realize now how blessed I really am, and sitting with Mary kind of gave me a different perspective.

Simon: The song "Still On The Ride" refers to your best friend, who lost his life in combat. What happened?

Geartz: I lost him to a vehicle accident. I was supposed to be in the vehicle with him, and last minute I actually made him stop in the middle of the road and let me out. Just like anyone else that goes through a hardship, you know, you play the "what if" game. My experience with Mary and SongwritingWith:Soldiers taught me not to dwell on that — not "what if," but "now what."

Simon: Mary Gauthier, what was Sergeant Geartz like when you first met him?

Gauthier: When I first met Josh, he was in a lot of pain, pouring off of his being. And when we sat down to write, it was scrambled eggs for a while; trying to connect the dots was so hard 'cause Josh has been through so much. But when we stumbled into this notion that a dead soldier is a guardian angel — and maybe guardian angels are dead soldiers, still doing their work and protecting us — it reframes the story of Josh's loss. And I think the power of songwriting is we can take a story of trauma and rework the ending. 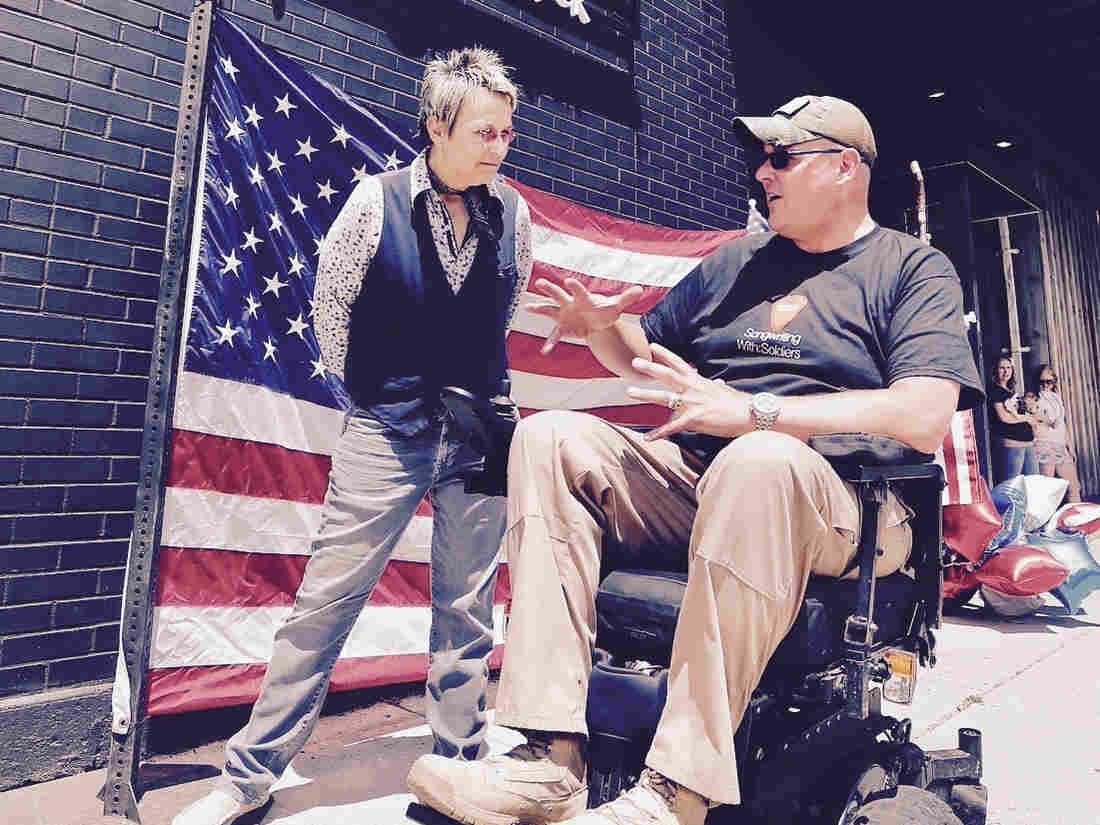 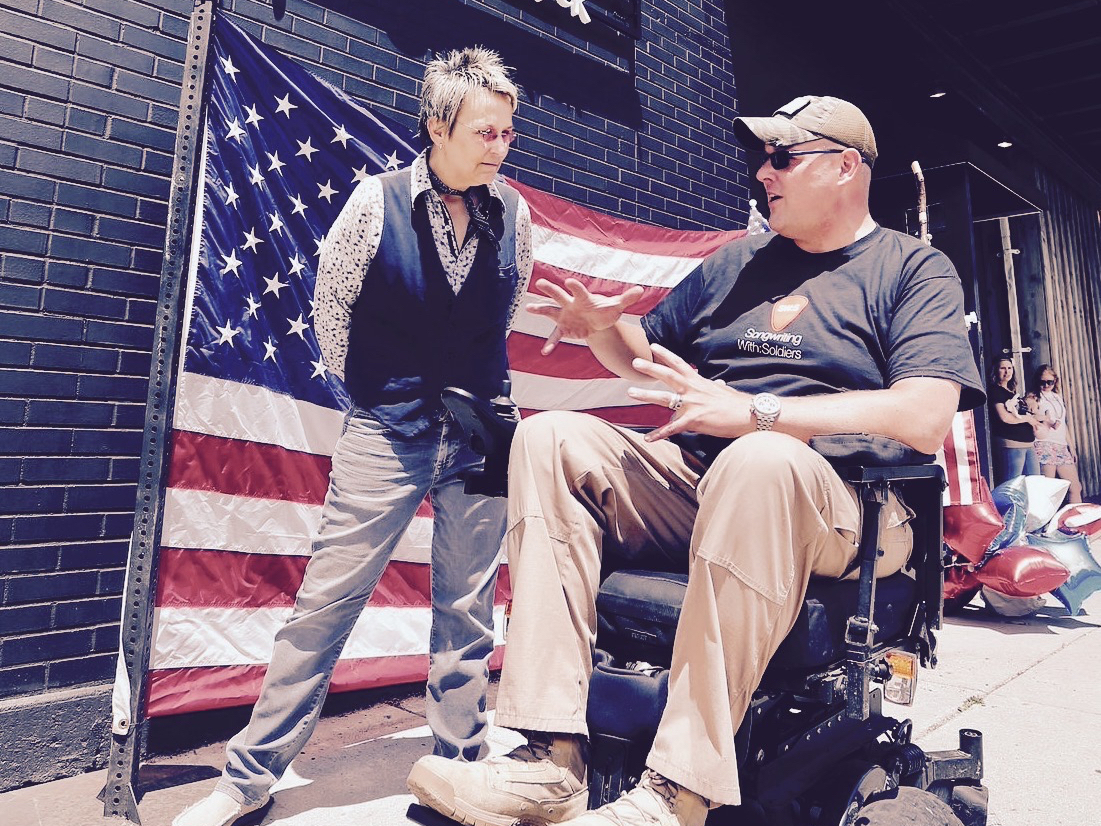 Mary Gauthier/Courtesy of the artist

Simon: Joshua Geartz, did you ever say to Mary, "That's too personal" or "Please, I'd rather not?"

Geartz: No, that never happened. During our songwriting session, I ended up telling Mary things that I had never told anyone: family members, my wife, no one knew, and here I am with a stranger, and I was able to tell her everything.

Gauthier: I think each veteran's soul has something that it needs to say. I know from my own personal traumas, it's very hard to know what that is. But when I'm watching someone else struggle, it's not as confusing for me, 'cause it's not my struggle, so I can help identify that.

Simon: May I ask what the two of you learned from each other?

Gauthier: Well, I've learned our soldiers are so much like everybody else. They're just put into an extreme situation.

Geartz: I've learned that being honest and open about yourself isn't as scary as it seems, and that it's okay to have faith in people again.

Simon: Your faith in people was also a casualty of war?

Simon: There are some who consider this a cliché, but: Thank you for your service.

Geartz: Thank you for your support.