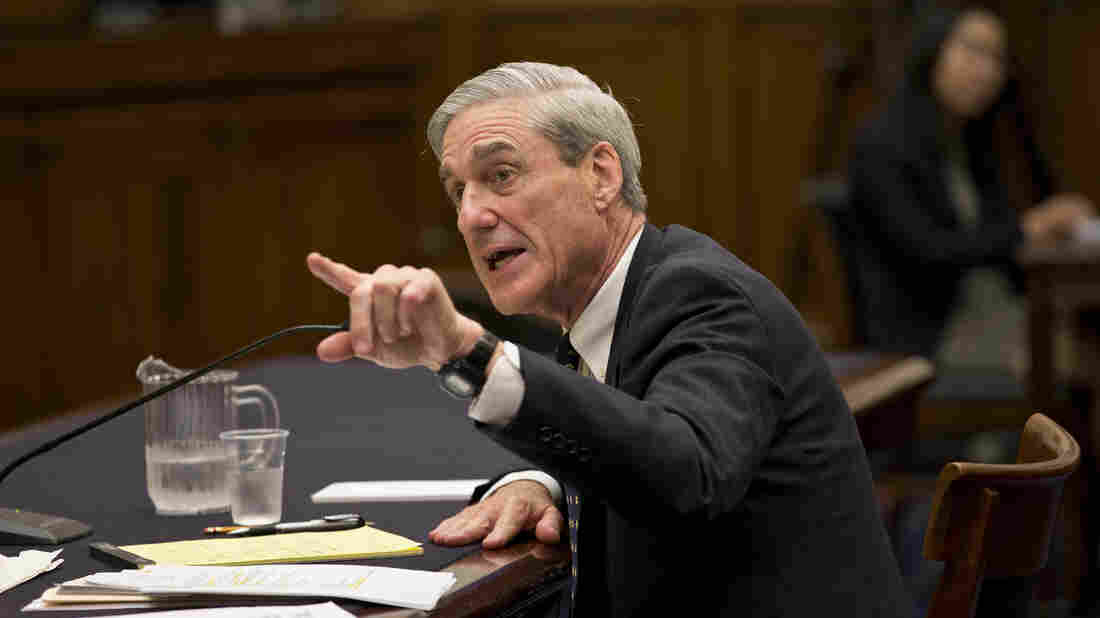 Firing Robert Mueller, testifying in 2013 when he was FBI director, may have been discussed at the White House, which may or may not affect the special counsel's investigation. J. Scott Applewhite/AP hide caption 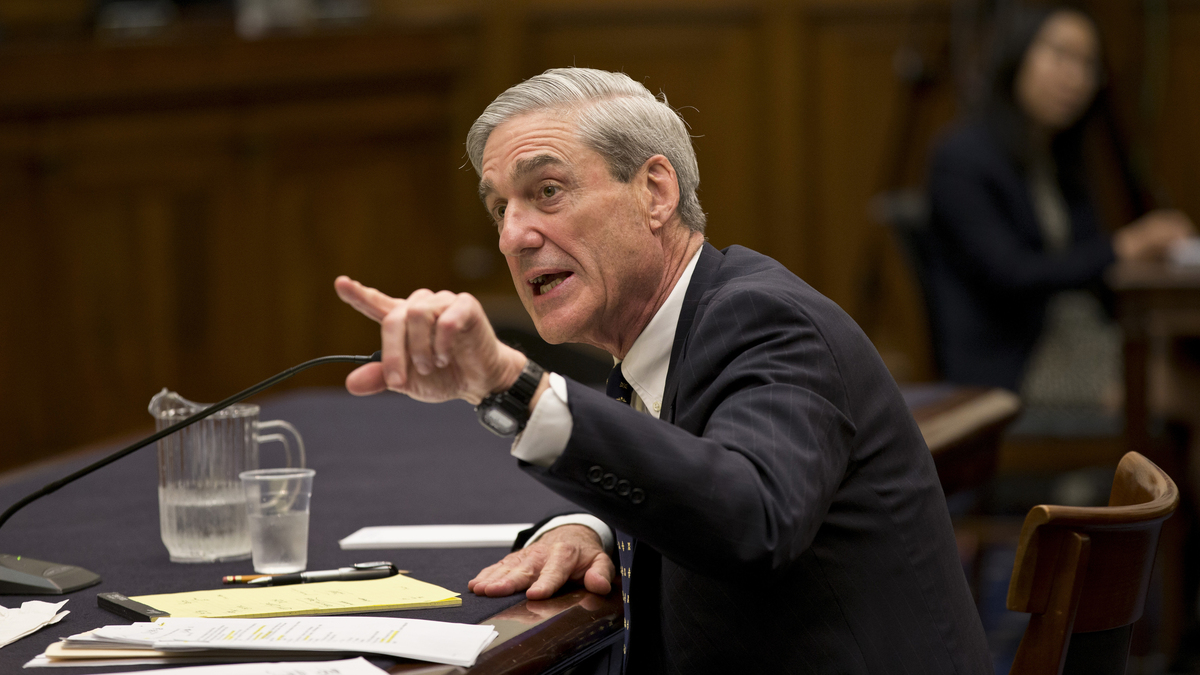 Firing Robert Mueller, testifying in 2013 when he was FBI director, may have been discussed at the White House, which may or may not affect the special counsel's investigation.

This week in the Russia investigations: Trump wanted to fire Mueller — does that matter? Parsing the tea leaves of the palace intrigue. And is this the end of the FBI memo meshugas?

The New York Times exclusive that contained these revelations detonated with such force in Washington, D.C., that it took the breath away, metaphorically, of nearly everyone in town.

House Minority Leader Nancy Pelosi, D-Calif., needed some 15 hours in order to condemn Trump in a press release. Her fellow San Franciscan, Sen. Dianne Feinstein, D-Calif., needed even longer. Many members of Congress and others, including the Justice Department, said nothing at all.

Speaking to reporters Friday at the World Economic Forum in Davos, Switzerland, Trump dismissed the report. "Fake news. Fake news," the president said in brief remarks as he entered the conference hall. "Typical New York Times. Fake stories." And prior to leaving for Davos, the president had told reporters: "There's been no collusion whatsoever. There's no obstruction whatsoever."

Once the shock wore off, however, how much did the story matter?

Attorneys for Trump say they've offered "unprecedented" cooperation to special counsel and congressional investigators in the Russia matter. Trump himself — in what otherwise would have been the big story of the week — surprised reporters and his own staff by announcing how eager he is to talk with Mueller under oath.

So if Trump was in a legal jam over alleged obstruction of justice after he fired Comey and considered firing Mueller — but didn't — has he made his case better or worse? As usual, no one knows but Mueller.

All the procedural and legal levers that Trump could have pulled before to get rid of Mueller are still available to him. He could still choose one. It's too soon to appreciate whether the Times bombshell will prove to have been the loss of a play that the White House now won't want to run again.

Or it could have been a chance for the president to monitor the reaction in the country, or lack thereof, in case he decides down the line to get rid of Mueller.

The story behind the story

Nearly as significant as the Times story is the fact of the leaks behind it. Correspondents Michael S. Schmidt and Maggie Haberman cited four people who told them about the matter. Who would know such things? Why would they talk about them to the press?

McGahn? His top deputies? Former chief of staff Reince Priebus? Top members of Congress said they were blindsided. Sen. Mark Warner, D-Va., the ranking member of the Senate Intelligence Committee, told Jake Tapper on CNN that he didn't think he could be surprised anymore — and was.

So why this story and why now?

Hypothesis: If Trump, as president, cannot be indicted if he was charged with obstruction of justice or another transgression, his aides certainly can. Mueller has charged two people and concluded guilty pleas with two others. So if McGahn or others want to put themselves on the right side of any potential criminal activity Mueller might allege went on inside the White House, making the case for themselves in public would be one way to do it.

Hypothesis: McGahn did not threaten directly to Trump that he would quit if Mueller were fired, The Washington Post reported. But if Trump didn't know that then, he knows now. And, in fact, could the whole situation be the result of people inside the administration trying to warn Trump against firing Mueller without needing to have that conversation inside the family?

Hypothesis: White House officials could be despairing that the wheels have come off this administration. Mueller has a G-man snooping through every desk and a G-woman listening outside every door. People on the inside don't want to lie to investigators and as the special counsel's office snakes toward the president — via the attorney general and others — they feel they have no choice but to come clean.

Here is how one attorney put it to Darren Samuelsohn and Josh Meyer in Politico: "It's one more brick in the wall," said a Washington lawyer representing another senior Trump aide in the Russia probe who added that the most interesting aspect of the Trump-Mueller story to him was that "people are leaking this s***."

"That is a sign to me people perceive this ship has sprung a leak and it's time to make themselves look good," the attorney said. "To some extent I think the fact of the leaking is almost the most significant, that we've reached an inflection point where people at the center of things feel the need to redeem themselves at the expense of the president."

Meaning what? If the Times story is an "inflection point" for people inside the administration, it could mean the rest of this Russia imbroglio shifts too.

For one thing, it could mean Mueller is close to the end of his discovery or investigation phase. Trump's attorneys acknowledge they're negotiating with the special counsel's office over an in-person interview with the president. If that is the final interview investigators need to conduct, that is significant, although there is no indication when it might take place.

For another, it could mean another daily Florida thunderstorm phase of this saga, like the one in which what D.C. journalists started calling "Scoop O'Clock" arrived nearly every day for a period of weeks last year in the evening digital lead stories of the Post and the Times. If people are trying to get off this ship as it goes down, how much baggage will they throw overboard?

House Intelligence Committee chairman Rep. Devin Nunes, R-Calif., has prepared a memorandum that apparently documents what he and allies describe as egregious abuses of surveillance authority by the FBI.

Nunes' allies are agitating for the memo to be released. It will shock Americans with its eye-watering description of the abuses of power by the Obama administration, they say. The case must be laid before the public.

But right now, you may not read it. Neither may Nunes' counterpart in the upper chamber, Senate Intelligence Committee chairman Richard Burr, R-N.C. Neither, in fact, may the FBI itself, as NPR's Ryan Lucas reported. 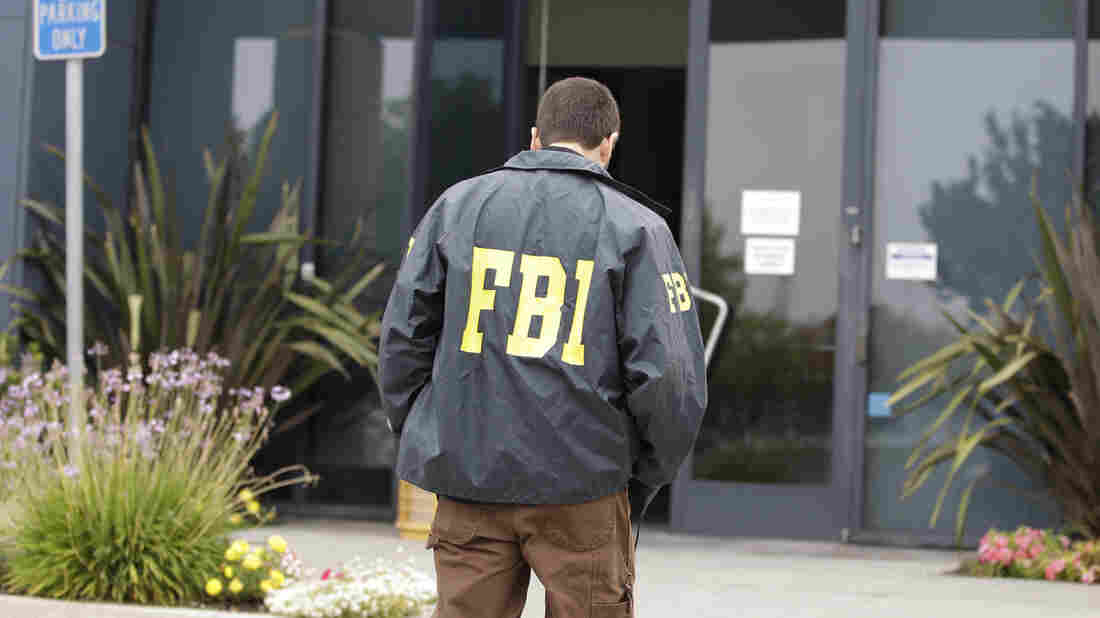 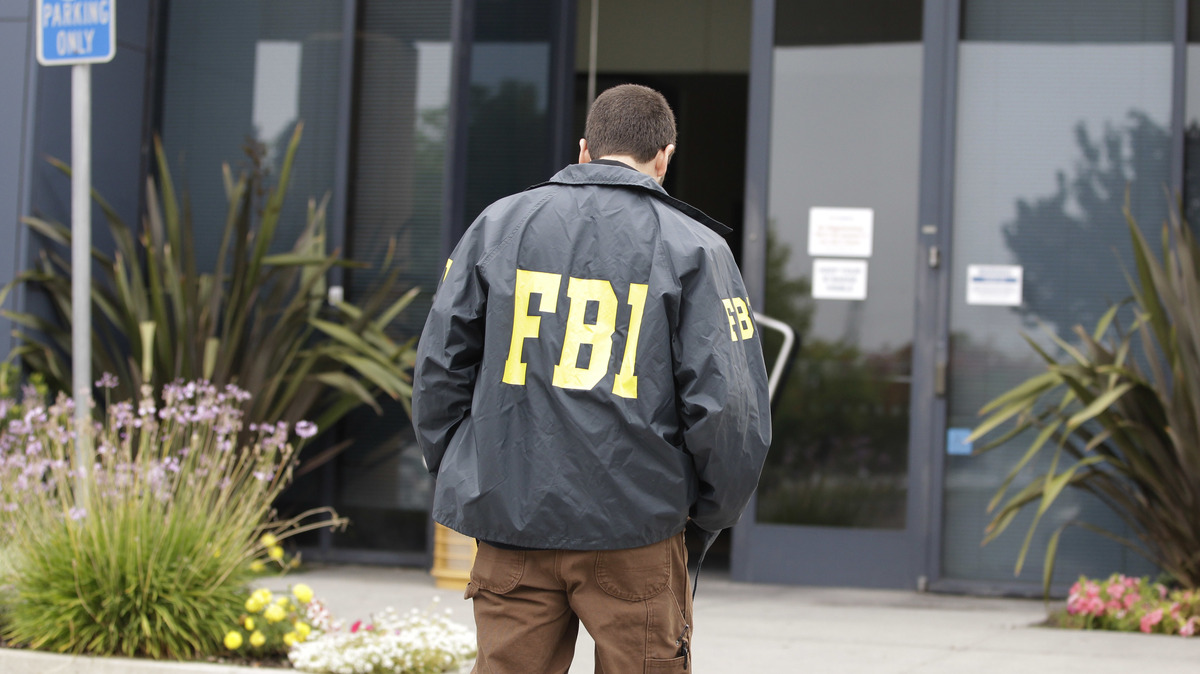 A classified memorandum apparently documents what Republican congressmen describe as egregious abuses of surveillance authority by the FBI.

The memo may someday become public. Or it may not. Before the Times story about Trump trying to fire Mueller — and before that, Trump's commitment to give Mueller an interview under oath — the memo was the hottest thing in Washington this week. It was so hot, in fact, that Democrats on the House Intelligence Committee decided they needed their own classified memo, which no one may see.

Meaning what? For all the talk on TV and online, will any of these documents ever see the light of day? This could be one way to tell:

Next week, Trump is scheduled to give his first State of the Union address. That will start to consume oxygen starting Monday evening, then all day Tuesday, and then the windstorm will start to fade on Wednesday evening. Trump may take a trip somewhere in the country to start to build support for the proposals he'll unveil.

If memo madness is still taking place after all of that, it could indicate whether peak memo has come or gone.