Accessibility links
'It's Up To All Of Us': Parents Of Young Gymnasts Respond To Nassar Abuse Scandal At Silver Stars Gymnastics in Silver Spring, Md., parents say they won't let the stories of sexual abuse by a prominent doctor ruin the sport for their kids. 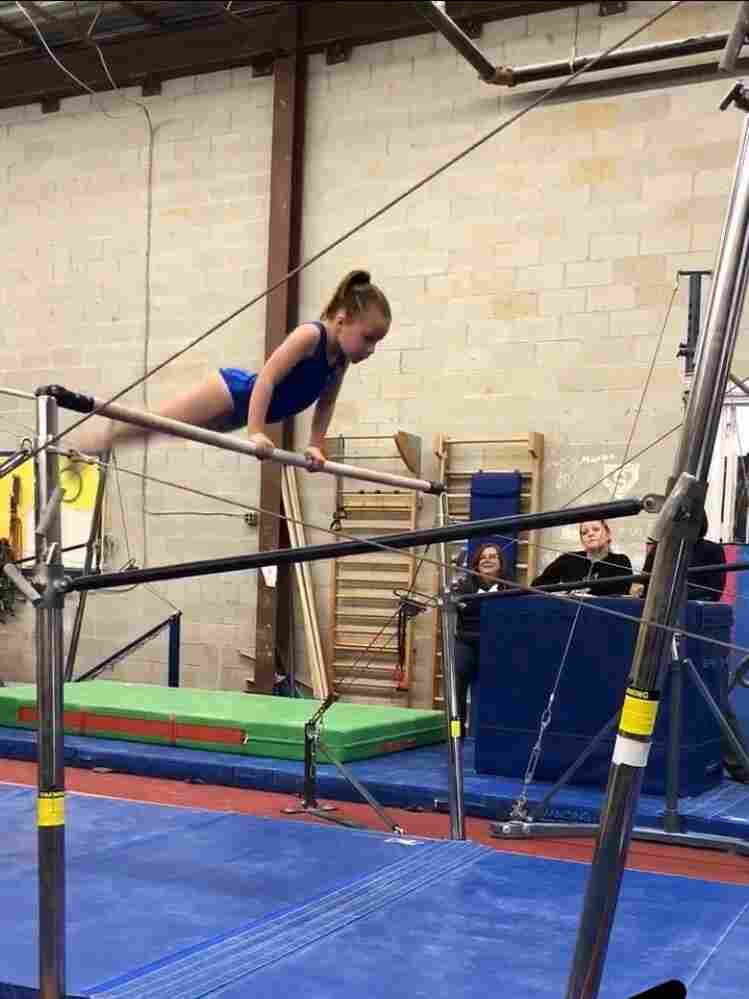 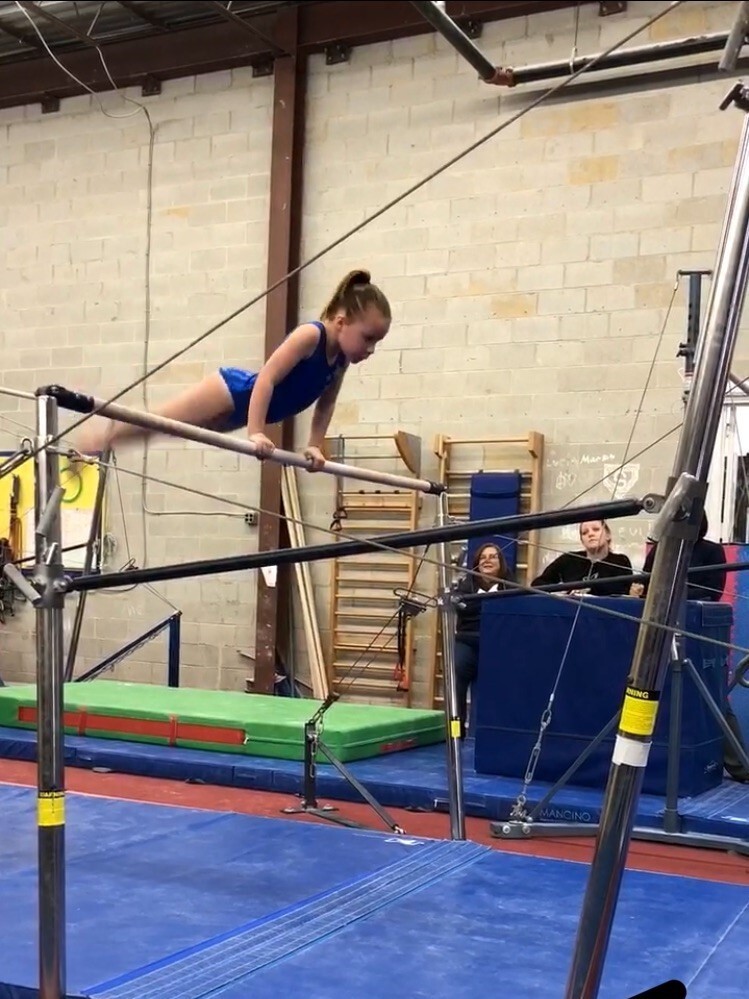 Eight-year-old Adele at Silver Stars in Maryland. "Gymnastics is her life," her mother Lowrey Redmond says.

On a busy weeknight at Silver Stars Gymnastics in Silver Spring, Md., toddlers tumble across the mats and older gymnasts run drills.

The lobby bustles with kids getting ready for classes or heading home; many beg for popsicles from an irresistible cooler right outside the gym. The walls are lined with sparkly new leotards and lots of trophies. Parents and babysitters chat or work on laptops.

The waiting parents are willing to talk to a reporter despite the uncomfortable subject matter: former USA Gymnastics and Michigan State University doctor Larry Nassar, who this week received a 40 to 175 year sentence for sexual abuse. Nassar pled guilty to seven counts of sexual misconduct, and during his sentencing hearing more than 150 women testified that Nassar abused them while he was supposed to be treating their injuries.

Entire Board Of USA Gymnastics To Resign

Sari Weiner, whose 6-year-old daughter has taken classes at Silver Stars for about three years, says the Nassar story is awful and she's long felt uneasy about the sport for other reasons. But the news won't change her family's routine.

"My opinions of gymnastics have not really changed. I've always thought that the competitive nature of the sport is extremely messed up," Weiner says. "I think it is just unconscionable how long it went on and how nobody spoke up about it. But if my daughter is compulsively doing cartwheels all over the house, I'm going to put her in gymnastics for as long as she's having fun."

Other parents here say the sport helps their kids burn off energy and gain confidence.

Cara Altimus brings her 3-year-old daughter here once a week to have fun and get stronger. She says the Nassar story doesn't really feel connected to her experience at Silver Stars, despite a disturbing incident last year, when a father planted a small spy camera in a bathroom.

Altimus says the center handled the camera incident well. "There was a lot of a communication, quite a bit of community outreach and classes on keeping children safe, and their staff has re-upped their training on community safety of children," she says.

Most parents in the waiting area have very young children taking recreational classes. Parents of the competitive gymnasts who are here multiple times a week don't tend to hang around for practices.

But there are a few who stay, including Valentino Iordache. His daughter made the prep team, USA Gymnastics Level 1, where young athletes learn the skills they'll need to compete.

To him, the sexual abuse scandal isn't about gymnastics, and that's what he's told his daughter.

"We told her that there are crazy people in this world and she needs to know about it," Iordache says. "Gymnastics has nothing to do with a bad incident here or there — it's a great sport at the end of the day."

Lowrey Redmond's 8-year-old daughter is on the same team. For her family, the Nassar story has resonated.

"My oldest daughter Adele — gymnastics is her life," Redmond says. "She's kind of a mature 8-year-old so I knew that she could handle talking about some of this. I didn't tell her the details. She knows that a lot of girls and women stood up for what's right, and they're gymnasts just like her. And her first reaction was 'Mom, that's really cool.' "

Her 5-year-old daughter, Mabel, does gymnastics at Silver Stars too, so they're here a lot.

"I thought maybe I would be worried about this being always a problem and systemic and our girls are never going to be in a safe place," she says. "But it's up to all of us to keep coming into the gym and [holding] the adults in charge accountable."

They're a gymnastics family. Lowrey Redmond says she won't let Larry Nassar take that away from them.