Accessibility links
Steve Wynn Stepping Down As RNC Finance Chairman Amid Sexual Misconduct Allegations Wynn, who has denied the allegations against him, was picked by President Trump to lead the RNC's fundraising efforts. It is not clear whether his donations to the GOP will be returned or donated. 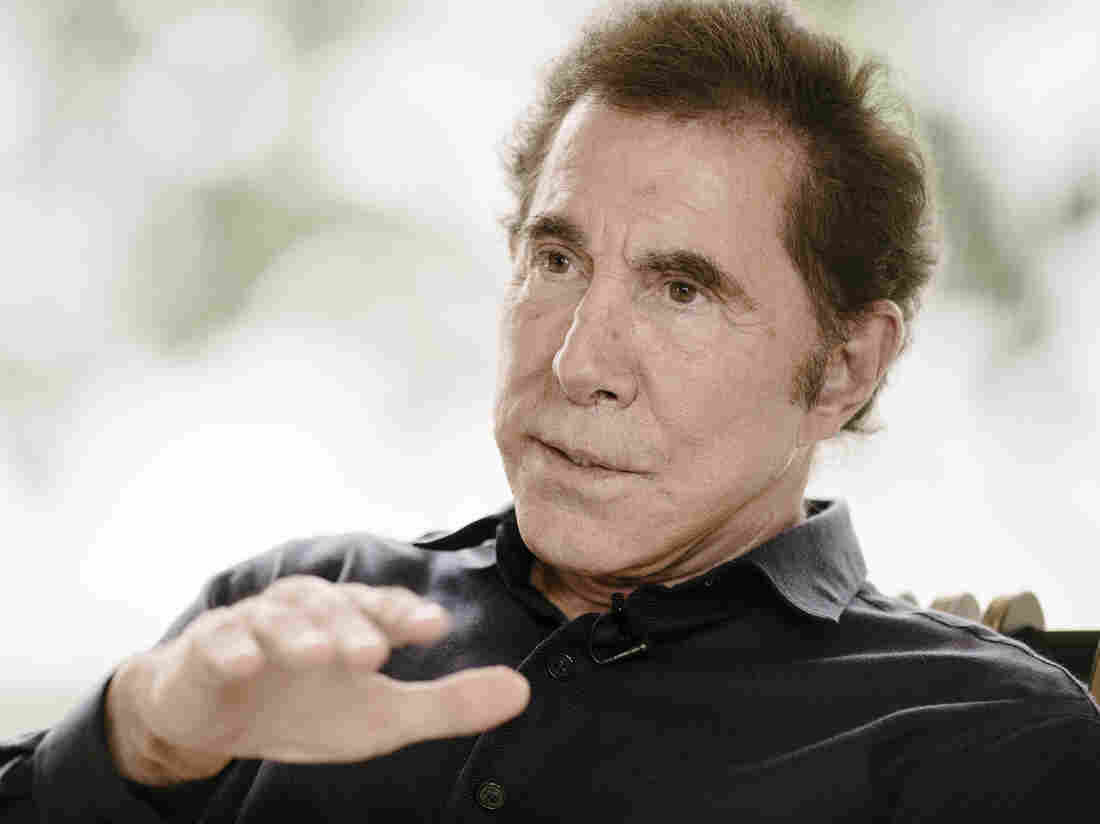 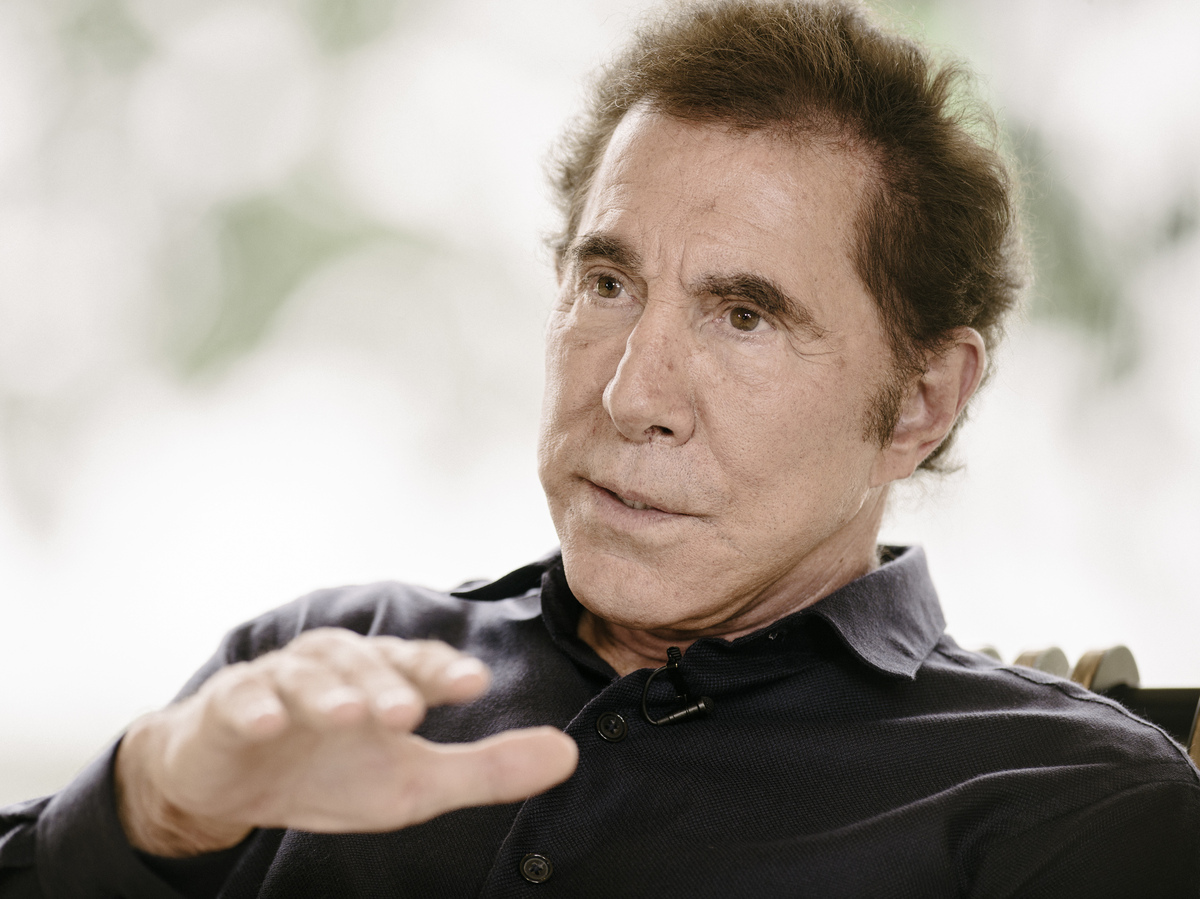 Billionaire Steve Wynn, chairman and chief executive officer of Wynn Resorts, has resigned his post with the RNC.

Real estate and casino magnate Steve Wynn relinquished his duties as finance chairman for the Republican National Committee on Saturday after The Wall Street Journal reported an alleged pattern of sexual misconduct and sexual assault involving employees of Wynn Resorts.

Wynn's resignation from his RNC position was first reported by Politico.

The RNC has not responded to NPR's request for comment about the resignation.

But RNC chairwoman Ronna McDaniel has reportedly accepted his resignation and spoke with President Trump about the situation earlier Saturday, according to Politico.

In a statement Saturday, Wynn confirmed his resignation, thanked President Trump and said the RNC needs to be focused on the future. "The unbelievable success we have achieved must continue," Wynn said, according to multiple media reports. "The work we are doing to make America a better place is too important to be impaired by this distraction. I thank the President for the opportunity to serve and wish him continued success."

In the Journal report published online Friday, a manicurist at the Wynn Las Vegas said back in 2005, Wynn "forced her to have sex" with him. The report went on to say that after she finished giving him a manicure, Wynn pressured her to take her clothes off and lie on a massage table he kept in his office suite.

The Wall Street Journal added: "The manicurist said she told Mr. Wynn she didn't want to have sex and was married, but he persisted in his demands that she do so, and ultimately she did disrobe and they had sex, the people remember her saying."

The newspaper reported the manicurist was paid a settlement of $7.5 million. This was just one in a "decades-long pattern" of sexual indiscretions, according to the report.

Wynn has denied the allegations.

"The idea that I ever assaulted any woman is preposterous," Wynn said in a statement that Wynn Resorts sent to media outlets Friday. "We find ourselves in a world where people can make allegations, regardless of the truth, and a person is left with the choice of weathering insulting publicity or engaging in multi-year lawsuits. It is deplorable for anyone to find themselves in this situation."

Wynn is the chairman and chief executive of Wynn Resorts, which includes a flagship hotel and casino in Las Vegas that bears his name. Late Friday, the company's board of directors announced that it had formed a special committee to investigate the sexual misconduct allegations against Wynn.

"The Board is deeply committed to ensuring the safety and wellbeing of all of the Company's employees and to operating with the highest ethical standards," the board said in a statement provided to CNN Money.

Wynn has become a top donor to Republican candidates and campaign committees. He is a longtime friend to the president, who himself once owned a casino, and Wynn was Trump's pick to be the party's top finance official.

The Year Of #MeToo

The Year Of #MeToo

Wynn's resignation comes after a day of questions directed at McDaniel and other prominent Republicans about how the party would handle Wynn's role, his personal donations and his fundraising efforts given the sexual misconduct allegations against him.

"They couldn't tolerate having him in that role, given what the party leadership had said about Democrats and Harvey Weinstein. And it'd be hard to go into the next RNC meeting with this hanging out there," former RNC chairman Michael Steele said, according to the Washington Post.

Last year, when similar allegations were made against movie producer and Democratic donor and fundraiser Harvey Weinstein, McDaniel and others in the GOP pressured national Democrats and prominent Democrats in Congress to cut their ties with Weinstein and return his donations. "Weinstein lined Democrat pockets with millions of dollars," McDaniel wrote on Twitter in October of last year. "If the DNC truly stands up for women like they say they do, then returning Weinstein's dirty money should be a no-brainer."

If the DNC truly stands up for women like they say they do, then returning Weinstein's dirty money should be a no-brainer.

The RNC winter meeting will be held in Washington, D.C., next week beginning Jan. 31. It was unclear Saturday who will replace Wynn as the RNC's finance chairman but filling the position and the controversy surrounding Wynn are both likely to be topics of discussion at the meeting.

It was also not clear Saturday whether the RNC or various other GOP campaign committees plan to return or donate Wynn's contributions.