Accessibility links
The Personal Is Always Political: A 2018 Poetry Preview Many of the books of poems coming out this year are sad, but also powerful; full of poets processing their lives, looking into pains both personal and political through the cracked glass of poetry.

The Personal Is Always Political: A 2018 Poetry Preview

The Personal Is Always Political: A 2018 Poetry Preview

Many of this year's books are sad. It's hard not to read the current political turmoil, the icy sense of dividedness, into these poems, though many of them deal as much with private as with public pain. Needless to say, this year's poetry books are powerful.

In A Dark Time, The Eye Begins to See: A 2016 Poetry Preview

This is the seventh time I've had the privilege to write for NPR about my most anticipated books of the coming year, and this time I've made a few new rules for myself (no debut collections, no poets who've appeared in a previous edition of this preview, and no poets who've published a retrospective of "selected" or "collected" poems) in the hope that I can offer a view of poets in medias res, in the midst — of their careers, their adult lives and responsibilities, of their engagement with where their public and private lives meet during this trouble and troubling moment.

These rules also mean I've had to omit exciting collections by poets I love, including Terrance Hayes, Kevin Young, and C.D. Wright. But the poets below aren't trying to prove their potential or cement their legacy; they're processing their lives through poetry, looking, I like to think, at the world through the cracked glass of poem after poem — through which the world is somehow clarified. 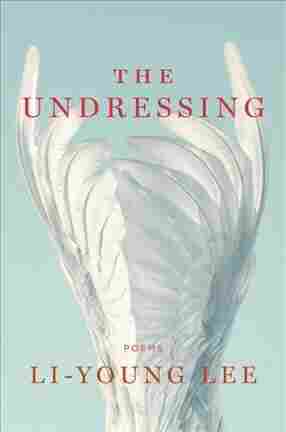 Li-Young Lee's poetry — immediate, sensual, unrelentingly intense — demands that the reader attend right now to what's at hand. Language and the body are practically indistinguishable here — the title poem is a prolonged and complex act of verbal seduction and sparring: "She says, I want you to touch me/ as if you want to know me,/ not arouse me." Poems of love and desire fill half the book; in the rest Lee trains the same unwavering gaze on politics, history, and recollections of his youth as the child of refugees: "It was Thomas Jefferson counseled, The tree of liberty/ must be periodically watered with blood," he writes in one poem; "It isn't true the dead have nothing to teach us," he says in another. 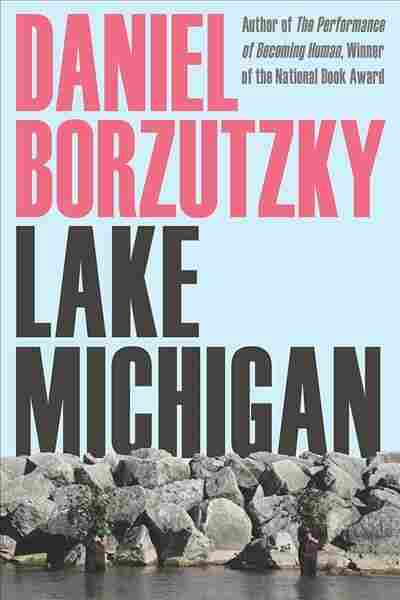 Daniel Borzutzky follows up his 2016 National Book Award-winning debut with a deeply haunting extrapolation of current events, a vision of America in which "They said I was an illegal immigrant who roamed the streets in a gang." The "I" could be anyone, the "they" anyone else. This is our present nightmare cast as a rambling, sometimes droning dramatic monologue for countless voices that proclaim "Investigator #41 ... / ... / ... asked me what I did on the internet" and admit, taking responsibility on everyone's behalf, "It's not enough to feel shame/ It's not enough to starve/ It's not enough to be dead when others are more dead." According to Borzutzky, we are all responsible for the current state of the union. 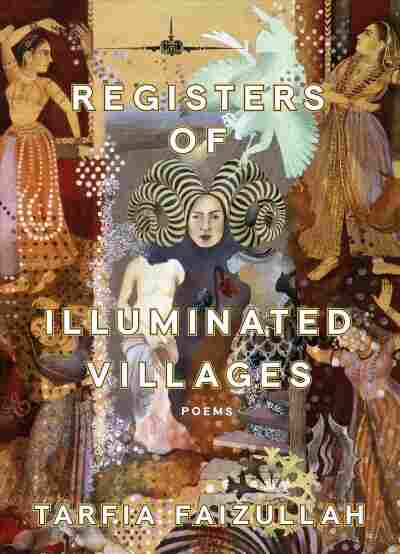 In this follow-up to her sensational debut, Seam, which recalled the rape and torture of women during the Bangladesh Liberation War of 1971, Tarfia Faizullah casts her gaze widely on "This world: at war with its own whirl." From "Northern Iraq,/ [where] it is high noon, the sun there/ perched over fields shriven/ with lilies" to the back seat of a cab in San Francisco from which she overhears the Bangladeshi driver "call your brother/ to wake him from slumber," Faizullah looks at many forms of suffering. These poems open slowly, elegantly, cradling anger, compassion, and fear. Grief and hope intertwine in poems like "What This Elegy Wants," which meditate on how to reconcile art and fact: "This elegy is trying/ hard to understand how we all become/ corpses, but I'm trying to understand/ permanence, because this elegy/ wants/ to be the streetlamp above me that darkens/ as sudden as a child who, in death, remains/ a child." 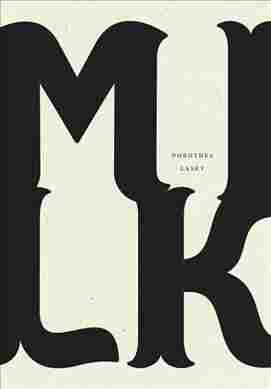 In her fifth book, Dorothea Lasky strikes a complex tone, treating subjects ranging from new motherhood to work and public outrage with an almost unparsable mix of irony, goodwill, anger, fear, and joy: "It is a burden to be so perfect/ And to have such perfect children/ And to have such a perfect marriage/.../ The coffin/ Light blue/ Well that's perfect/ The family of worms to eat the face" When Lasky gestures toward the surreal, she nonetheless calls up real and powerful emotions: "Do you want to dip the rat/ Completely in oil/ Before we eat it/Tender tender meat/ Like pork shoulder." Hers is a consciousness under siege, but not at the expense great compassion and even humor. If her poems sometimes seem like they're yelling, it's as if they're yelling only to you, seeking whatever kinds of justice poetry can ask in the ways only poetry can: "If you can't trust the monitors/ Then why have the monitors/ If you can't trust the cars/ Then why have the cars/.../ If you can't trust the daybreak/ Then why have the daybreak/ Why not sit/ Let the night come/ It won't stop itself." 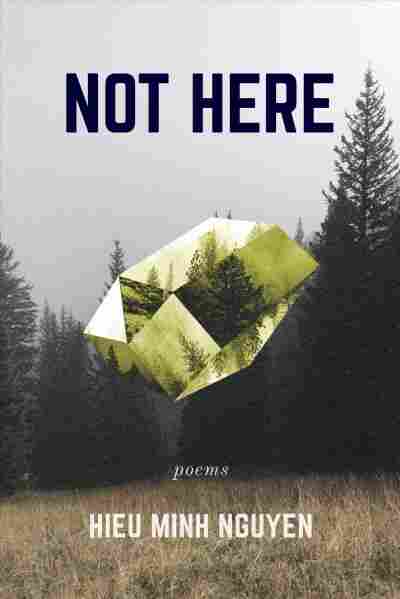 Hieu Minh Nguyen writes with utter vulnerability from the viewpoint of a queer person of color, but also from that of a fiercely conflicted son, a lover worrying over his longing, someone with the absolute need to speak who is searching out what exactly needs to be said and how to say it right. Though he was born in 1991, Nguyen's voice feels simultaneously young and ageless, uncertain and wise. His poems are pitched somewhere between page and stage, as if said aloud right into your ear: "Bless touch, I guess/ it's round noise" I love how that "I guess" falls, an apology for naked beauty that manages to make the nakedness more beautiful. The same phrase means something quite different, signals a humble incredulity, here: "I guess I'm trying to understand what makes a man/ carry guilt the same way he would a bat." Later, Nguyen writes, "There are days when I give up on my body/ but not the world." These poems come close to the edge of sanity many times, but no, they never give up. 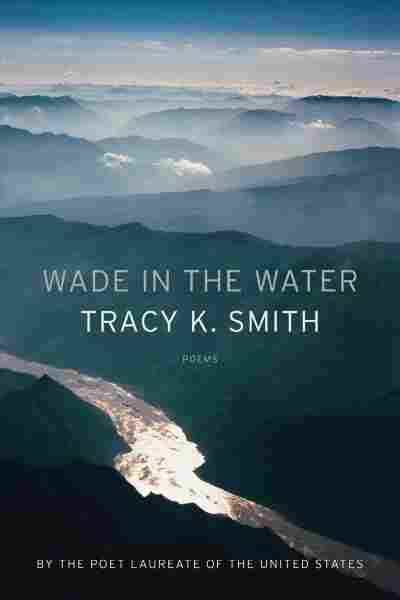 As our newly appointed Poet Laureate, Tracy K. Smith has a wildly tough job: To advocate for the transformative powers of language at a time when, no matter your political persuasion, the very fabric of our public discourse seems to be under siege. The waters she wades into in her fourth collection, the first since her Pulitzer-winning Life on Mars, are varied, ranging from recollections of newly uncertain life in hip Brooklyn, "The known sun setting/ On the dawning century" to violently exposed mistrust with which newcomers to our country are greeted: "Why do your dark bodies/ Drink up all the light?/ What are you demanding/ That we feel? Have you stolen something?" In these poems, with both gentleness and severity, Smith generously accepts what is an unusually public burden for an American poet, bringing national strife home, and finding the global in the local: "Let me love them as I love my own/ Father.../.../ Would it cost me to say it now,/ to a stranger's father, walking home/ To our separate lives together?" There is even prayer: "O Lord — O Lord — O Lord --" she writes, intoning a question that perhaps many of us are asking in one way or another: "Is this love the trouble you promised." 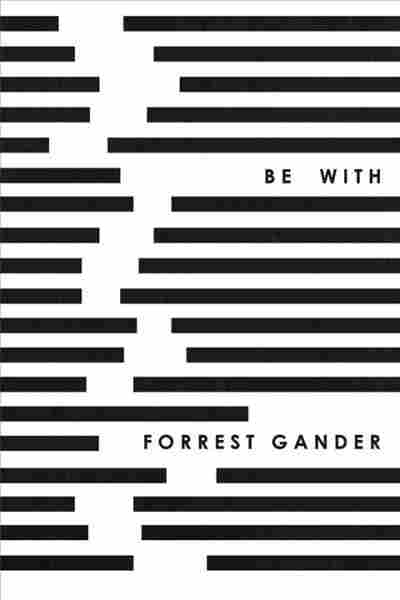 Title
Be With
Author
Forrest Gander

Forrest Gander's life partner, the poet C.D. Wright, died suddenly a little more than two years ago, and this book is one result or record of the aftermath of that loss. In poems that are utterly naked and bereft, elegies, apologies, could-have-beens, Gander grieves and wonders about what's left in his life. "For a loss that every other loss fits inside/ Picking a mole until it bleeds/ As the day heaves forward on faked determinations/ If it's not all juxtaposition, she asked, what is the binding agent?/ Creepy always to want to pin words on 'the emotional experience.'" There is so much pain in this book — perhaps too much, almost too much — but what is poetry for if not this? And there's more life in one of these dark words than in most entire books. Reading this book may hurt, but it will help people to keep living through what they thought they could never survive. 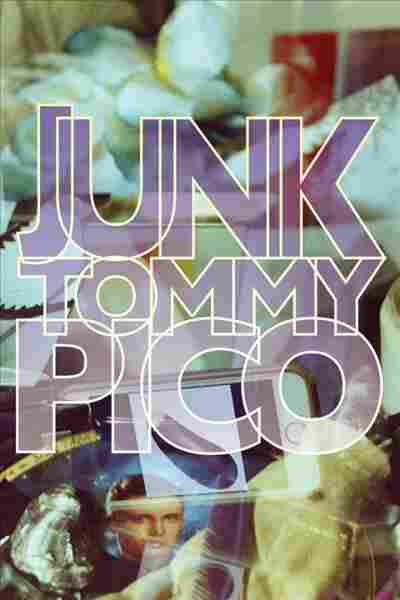 Pico hit the poetry scene hard with the first two volumes of his Teebs trilogy, which brings hyper-vernacular language to bear on issues of queer identity, the lives of indigenous Americans, and social conscience. This third volume borrows its strategy of exhaustive cataloging — and its couplets — from A.R. Ammons' 1993 book Garbage, spewing a stream of quotable moments. There's a bit — or a bunch — of everything here, from casual meditations on religion ("Maybe religion is just a place where ppl/ fortify their fears") to questions about inequality ("How can "happiness" be/ anything more than a metaphor for privilege" ) and recent events: "Bridgegate The base of the former World Trade Center/ turned into a Westfield Shoppingtown" It feels a bit like Pico's own personal internet, transcribed. But it's (mostly) a friendly feed, and pops with more insight about the contemporary world than perhaps it knows.

Ada Limón's previous book, Bright Dead Things, was a National Book Award finalist. Her new collection is her best yet, a much needed shot of if not hope, then perseverance amidst much uncertainty. "Reader," she writes, "I want to/ say: Don't die. Even when silvery fish after fish/ comes back belly up, and the country plummets/ into a crepitating crater of hatred, isn't there still/ something singing? The truth is: I don't know." Personal struggles — attempts to conceive a child, chronic pain caused by lifelong spinal issues — mirror and amplify public and political ones. These poems never paint a rosy picture of life in an America at war with itself, and Limón searches herself for the sources of ambivalence and anger. But inspiration comes from unlikely corners, such as a horse "racing, against no one/ but himself and the official clockers, monstrously/ fast and head down so we can see that faded star/ flash on his forehead like this is real gladness." Learning the names of flora and fauna surrounding a new home helps, too: "With each new name, the world expanded."

Erika Meitner is known for what's called "documentary poetry," which combines some of the journalistic work of the reporter with the subjective renderings of the poet. In fact, some of the pieces in this fifth book were written "on assignment," when Meitner was dispatched to an event and tasked with writing it up in poetry. (Perhaps this is the true antidote to "fake news.") Meitner writes personal poems from the vantage point of a Jewish mother with young children, one of them black, living in West Virginia — where everyday domesticity is harshly inflected by the big issues of our moment, where anything "might be a metaphor for the election or/ might be a metaphor for nothing." She takes policy personally: "Congressional leaders are/ hopeful of a deal, but I am not confident/ that anything will change this stretch/ of desolate road." She's pressed down by the weight of long memory: After buying Girl Scout cookies, she writes, "I do not tell my son/ about my mother's constant refrain — / that Girl Scout uniforms reminded/ her of Hitler Youth"

Author's note: I have published books, or will publish books, with three of the presses whose titles are included here: BOA Editions, Graywolf Press, and New Directions.

Craig Morgan Teicher is a poetry critic and a poet. His most recent book is The Trembling Answers.