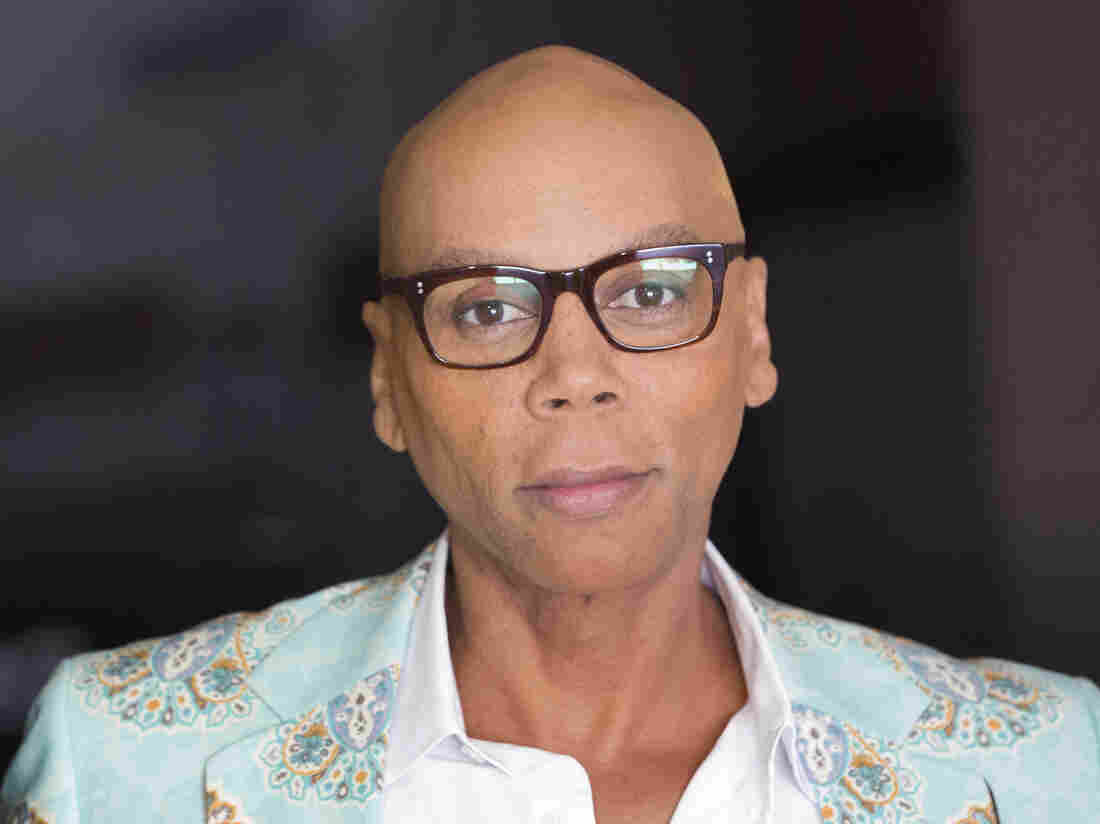 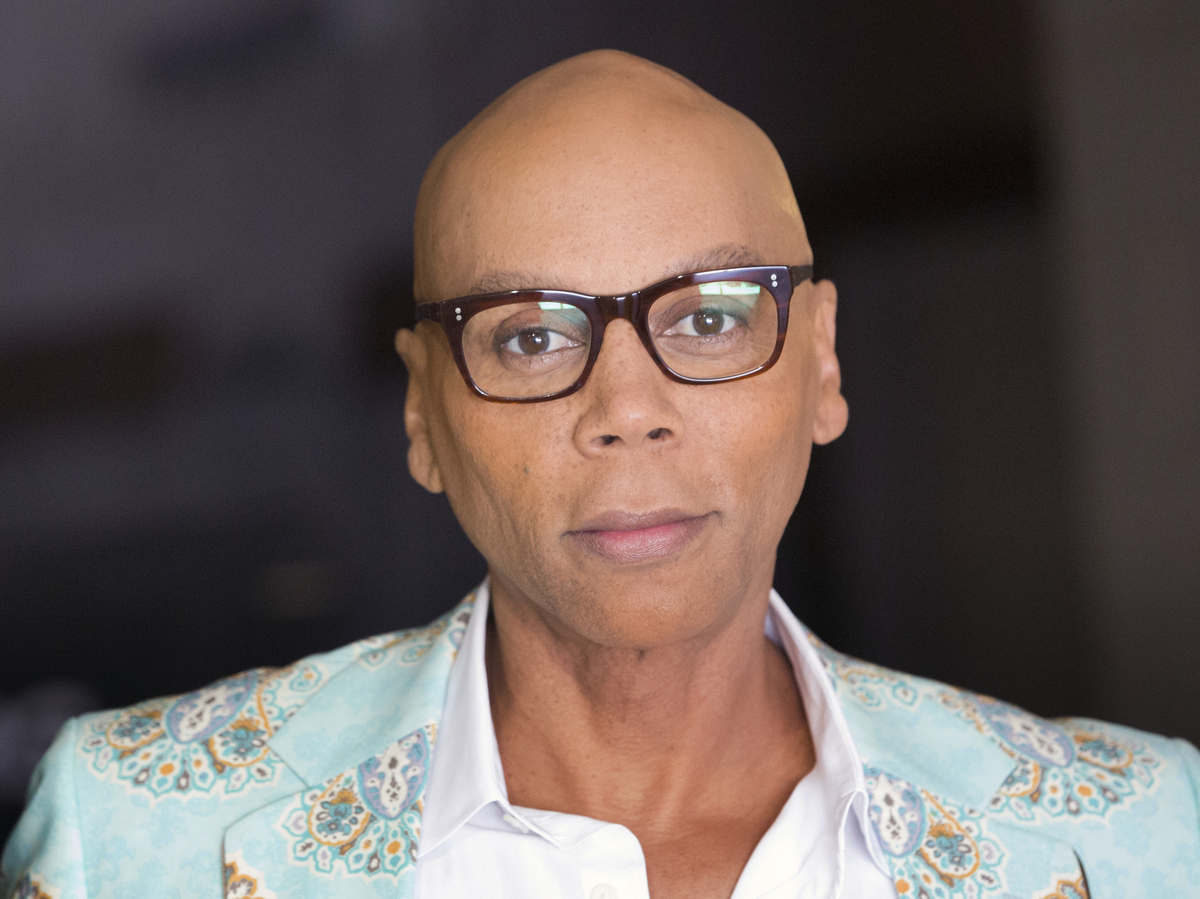 RuPaul, host of RuPaul's Drag Race All Stars, says the show isn't intentionally setting out to change minds; its goal is just to entertain and celebrate drag.

Gay bars and living rooms across the country were stocked Thursday night with gaggles of expectant fans milling about, waiting for Mama Ru to come home.

And come home she did — packing her three latest Emmys, a platinum-blonde wig and 10 of her embattled children, all returning to compete for a new shot at gold in the Olympics of drag.

Last week, RuPaul's Drag Race All Stars — a spinoff of the original RuPaul's Drag Race series — returned to VH1 for its third season. After nearly nine combined years on the air, the shows now wield top ratings, a rabid social media following and an influence over pop culture that drag has arguably never had before.

But according to host RuPaul Charles, the show isn't purposely setting out to change minds.

RuPaul recently spoke with NPR's Lulu Garcia-Navarro about identity politics, the state of drag in 2018 and what fans can expect this season.

After Thursday's episode, nine contestants are still vying for $100,000 and a spot in the Drag Race Hall of Fame. They hail from Season 1 of RuPaul's Drag Race all the way through Season 9, which wrapped up last summer.

But don't think All Stars is just a laundry list of fan favorites. There's calculation at work, casting an array of personalities to showcase the varied traditions of the drag world — from comedy queens and pageant girls to club queens and girls who don't fit into any boxes (hold your Shangela jokes, please).

"The cast is an ensemble. We want to represent as many of those genres as possible," RuPaul says. "As the show's progressed, we've been able to introduce different genres that people may not be familiar with."

An example he gives is what he calls — at least on the radio — "gender F-word drag." It involves mixing and skewing gender expression, often as a social commentary on masculinity and femininity.

When Garcia-Navarro asks where RuPaul stands on contestants who don't wear heels on his runway, though, he responds immediately.

"Well, I'll tell you where I stand with it. Flats are for quitters," he says, laughing. "I mean, it's as simple as that."

But the host does credit Season 4's Sharon Needles with opening the floodgates for different styles on Drag Race — ones he says TV audiences just weren't ready for when the series began in 2009.

"Gender F-word" drag is also where RuPaul got his start, wearing "smeared lipstick and a ratty wig and combat boots." In a way, the entire show — from its guest judges to its choices of music — is built on a reflection of RuPaul's own rise to fame.

"All the challenges on our show are based on what I've done in my 35-year career," he says. "From radio to television to designing clothes to producing — I do whatever it takes."

Young people "get it"

With RuPaul at the helm, America is in the midst of a drag renaissance.

"We love Nancy Pelosi," RuPaul says. "I can only imagine the stories she could tell — of strength and survival and of shape-shifting, really. That's something all of our queens, and people who live outside the box, can relate to."

The show's influence is also evident at DragCon, essentially the Comic-Con of drag, which pulls in thousands of fans — many of whom are children too young to see their favorite queens perform at bars.

RuPaul says it's those young people who "get it" — versus members of an older generation who are fixed in their identities and roles in society.

But still, he has a different take on the younger generation's emphasis on identity labels and using them to gain recognition in today's political climate.

"Humans like to put things in a box so they can assimilate them and go, 'Oh, OK, I got you now,' " he says. "You know, tattoos are rarely for the person who has the tattoo. The tattoo is usually for other people to look at you and sort of interpret what you are.

"You can discuss all you want. You're not going to get everybody to agree that the color blue is specifically the way you see it," he says.

Throughout its television reign, RuPaul's Drag Race has launched the careers of 113 queens. And as each one exits the main stage, she becomes another exponent added to the RuPaul empire — amplifying its influence and wielding it on stages across the country.

But that clout has worn tension in drag communities across the country. Queens who aren't "Ru girls" say they struggle to keep up, as many club owners and fans have their eyes set on Drag Race alums.

"The competition is high," RuPaul says. "Not just in All Stars but in general. So many queens out there."

His advice for any performers who are struggling?

"You better get your act together, girl. You better step it up, honey. Get up on this show," he says, before instantly shifting tone.

"Listen, it's business. ... That's the lesson, not only for drag queens but for everyone.

"You got to put the work in. You gotta work. You betta work."

Shante, He Stays: RuPaul Reflects On Decades Of Drag — And 2 Emmy Nominations