Accessibility links
Former Mexican President Vicente Fox Talks Trump, NAFTA, The Wall And His Book Let's Move On.Vicente Fox, the former president of Mexico, has harsh words for President Trump — some of them we can't say on the radio. NPR's Lulu Garcia-Navarro talks with Fox about his new book, 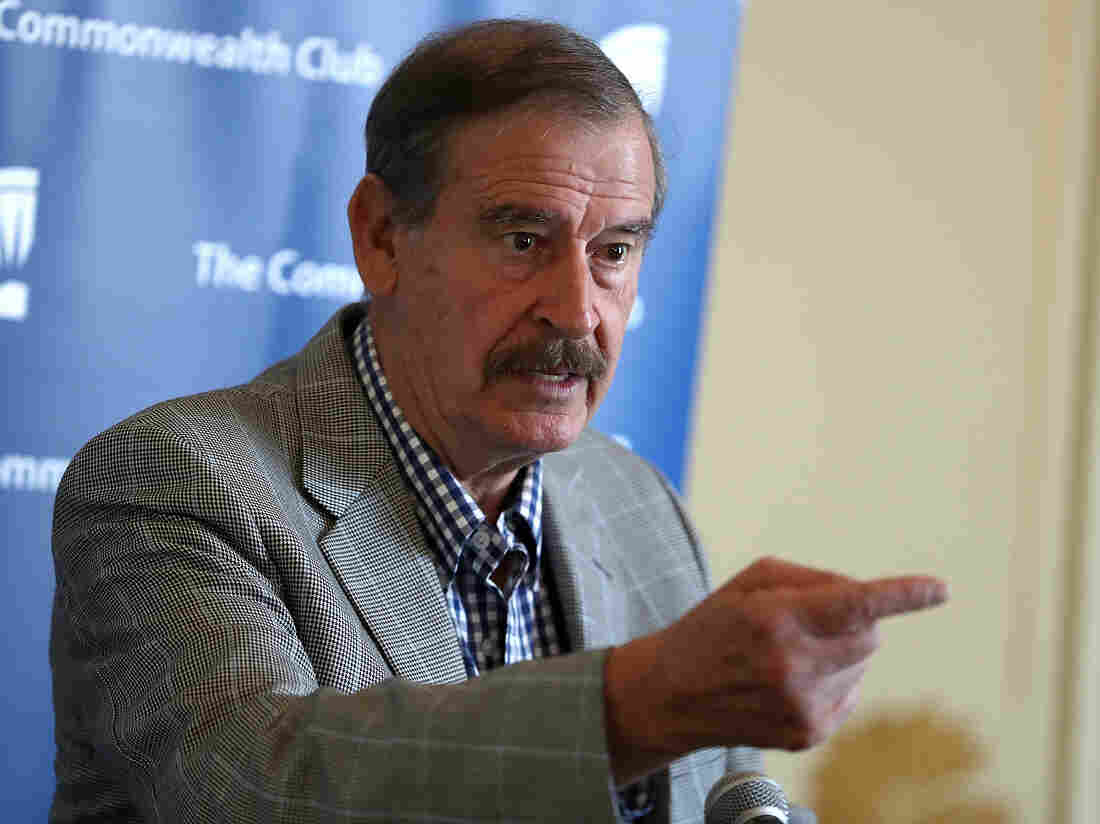 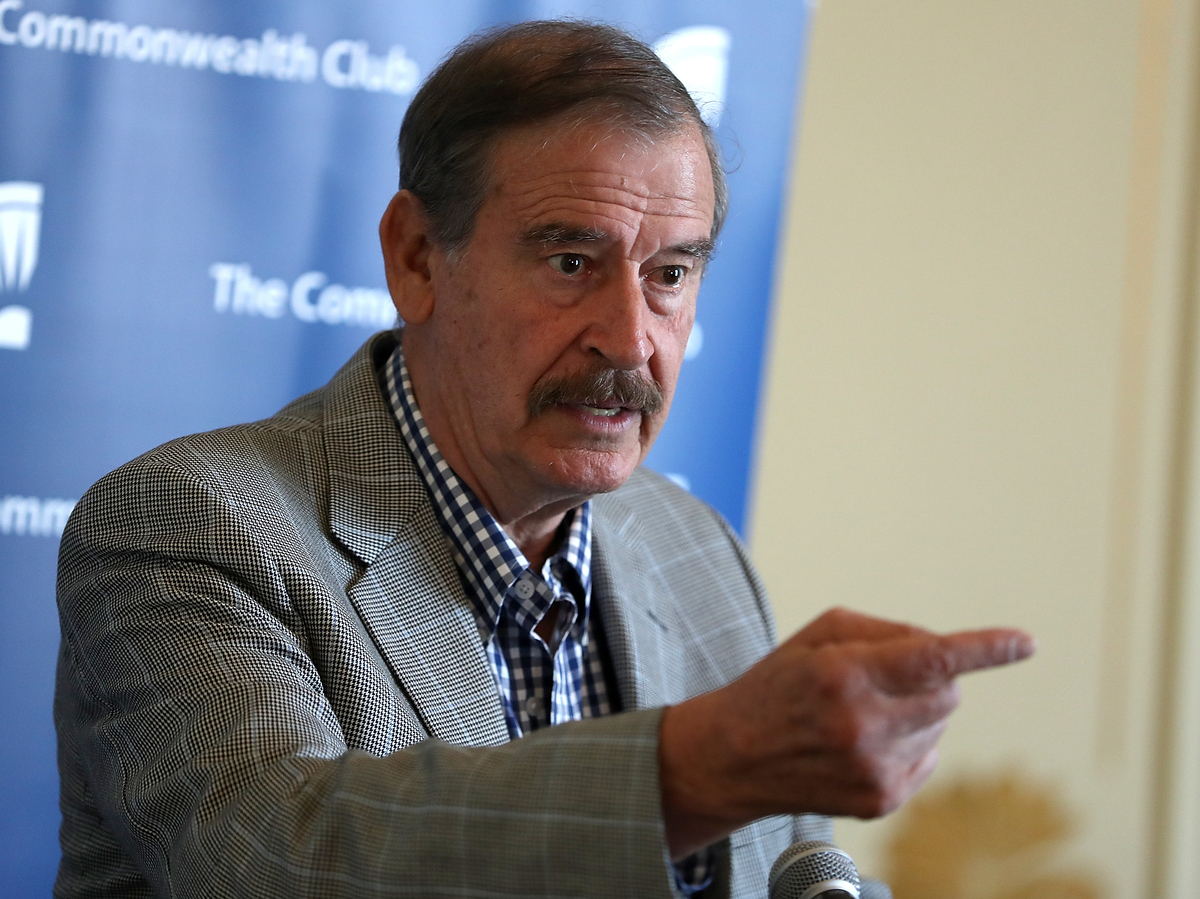 Former Mexican President Vicente Fox spoke with NPR about his book, Let's Move On: Beyond Fear & False Prophets. The book highlights the North American Free Trade Agreement between the U.S., Mexico and Canada.

The U.S. isn't the only country with a president who takes shots at critics on Twitter. Vicente Fox, who made history in Mexico in 2000 when he became the first president to break 71 years of one party rule, is taking aim at President Trump.

He's frequently criticized the Trump Administration on Twitter and on air.

.@realDonaldTrump wow! It’s been a year since you took over, and to celebrate: you have the lowest approval rating of all time, under constant investigation and a partial shutdown. That can’t be faked, can’t be crooked. Keep up the tweeting, because I’ll be there to make a stand!

Fox, who served as president of Mexico for six years until 2006, also wrote a book that in part looks at Trump and the U.S.'s relationship with Mexico. It's called Let's Move On: Beyond Fear & False Prophets. The book highlights the North American Free Trade Agreement between the U.S., Mexico and Canada. Trump has said his administration is renegotiating the terms of NAFTA. Fox argues that, "It's key and crucial that we keep ourselves united, and that we keep being the largest consumer market in the world."

Fox spoke with NPR's Lulu Garcia-Navarro about the book, his views on the Trump Administration and what he hopes for the relationship between the U.S. and Mexico. 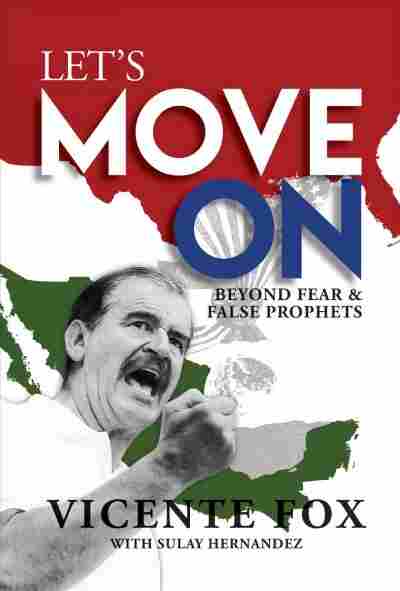 On the message of the book

Well, the message is the importance of the relationship between Mexico, United States and Canada, really NAFTA. The North American region. And I think it's key and crucial that we keep ourselves united, and that we keep being the largest consumer market in the world. And we have to be clear that this is the region that must lead the world.

On Trump saying the U.S. is at a disadvantage with NAFTA because of a large trade deficit with Mexico

The United States has a deficit with every single economy that it trades with. So the business of [the] United States is not to have a surplus in trading, it's much more important to have opportunity to participate in all those markets around the world.

.@realDonaldTrump let's get your facts straight: Mexico is not the most violent country in the world, check the latest GPI index. Drugs wouldn't be an issue if U.S. would stop consuming them and finally, Mexico won't give out one cent for your crazy wall. https://t.co/ZzKvkckRYq

On drug cartels in Mexico and drugs crossing the border into the U.S.

On building a wall for border security as an issue

We are not against United States building a wall. If you want to build a wall, waste your money, it's not our case. What we are absolutely against is this stupid thing of Trump that makes you wanna pay for that wall. Finally, he understands that we are not paying for that wall, that that wall is going to be paid by U.S. taxpayers. And I ask U.S. taxpayers, "Are you willing to take out of your pocket $25 billion to build a useless wall?"

On if he would meet with the Trump Administration

I want to be very constructive. And yes, I have told Trump, "Anytime you're ready to apologize to Mexicans for what you told about us, I'm willing to sit down with you and arrange and fix whatever we have to in this relationship."