Accessibility links
Why U.N. Peacekeepers' Job Has Become More Dangerous In The Past 5 Years Last year saw the highest number of deaths of United Nations peacekeepers since 1994. Former U.N. peacekeeper Conor Foley says "the line between peacekeeping and war-fighting is getting very blurred." 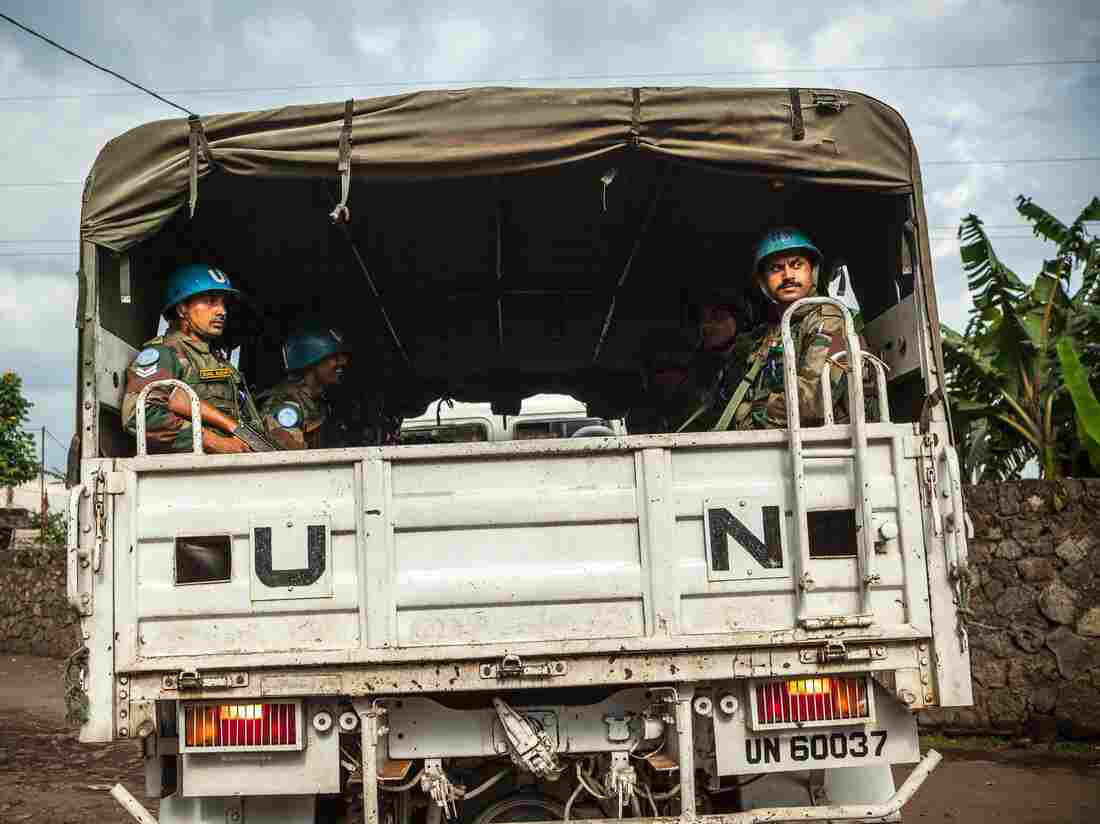 Blue Helmet peacekeepers are seen in the Democratic Republic of the Congo in 2016. According to a U.N. report, 56 U.N. peacekeepers died in 2017, the highest number of deaths since 1994. Eduardo Soteras/AFP/Getty Images hide caption 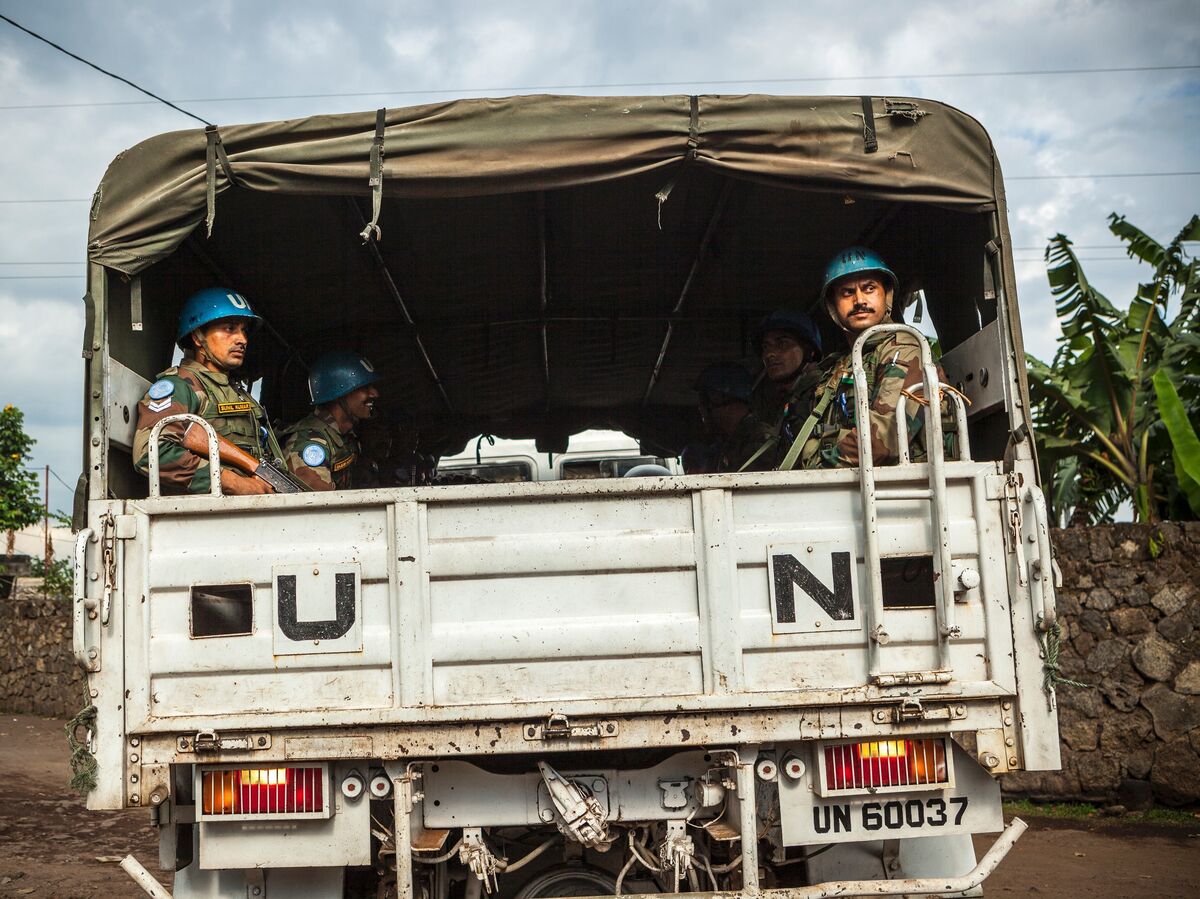 Blue Helmet peacekeepers are seen in the Democratic Republic of the Congo in 2016. According to a U.N. report, 56 U.N. peacekeepers died in 2017, the highest number of deaths since 1994.

According to the United Nations, 56 U.N. Peacekeepers died through violence in 2017. That's the highest number of fatalities since 1994 — when the U.N. sent peacekeepers to Rwanda, Somalia, Cambodia and the Balkans. The U.N. report suggested that last year's figures are not an anomaly, but rather an extended surge in deaths that began about five years ago.

As the U.N. continues to deploy peacekeepers to conflict zones, including the Central African Republic, Mali and the Democratic Republic of the Congo, "the line between peacekeeping and war-fighting is getting very blurred," says former peacekeeper Conor Foley.

Foley, who worked at the U.N. Department of Peacekeeping Operations from 2010 to 2012, spoke with NPR's Michel Martin about the factors that have led to more dangerous missions.

On why the number of fatalities is so high

I think there are two reasons: The world is a more violent place than it's been in recent years. We're seeing increased numbers of conflicts in Afghanistan, Iraq, Syria and large parts of Africa.

And the U.N. is more involved in conflicts and one of the things we've been pushing is to be more assertive in protecting civilians, to not allow massacres to take place. But, of course, if they do that, that does put them in firing line, so one of the consequences of this new assertiveness is that more peacekeepers are dying, which is a tragedy.

On why some peacekeeping missions are more dangerous than others

Firstly, they are more involved in protecting civilians. They're doing their job better and that's actually making it more dangerous for them. But secondly, they're being sent into places where there really isn't much peace to keep and this is very controversial.

Should peacekeeping soldiers who are not profiled, who are not trained, who are not equipped for war fighting be sent into, what are essentially, conflict zones? The Central African Republic, Mali, the Democratic Republic of the Congo (DRC) — there are ongoing conflicts in all three of those countries. As the U.N. is deploying soldiers into those countries, the line between peacekeeping and war-fighting is getting very blurred. I think, sometimes, they're being sent into places where, really, there isn't really peace — there's a conflict going on.

I was in Eastern DRC in 2012 as the rebel forces advanced on the city. And there was a real, very live debate in the U.N. about the extent to which we could use force. And, as it actually happened, the rebels took the capital and the U.N. forces didn't use force. As a result of that, a new mandate was given, a force intervention brigade was created, and they were mandated to use offensive operations.

There's now a debate on maybe whether they went too far — that they actually became a part of the conflict and that they actually became combatants and what that would do in terms of the legal protection that we have as peacekeepers. Also, the civilian components of the mission; the humanitarian components of the mission: I'm not a soldier, I'm a civilian. That means I go into the field without a gun, without much protection.

The issue is, U.N. peacekeepers do a very difficult job in very difficult and dangerous circumstances and many have paid the ultimate price. But I think the overall balance of peacekeeping is that it has been positive.

Adhiti Bandlamudi, NPR Kroc Fellow, produced this story for the Web and for radio.