Accessibility links
Mind Over Mirrors' Ambitious 'Matchstick Grip' Is Spun From Synths Developed as a multimedia project for the Museum of Contemporary Art Chicago, Mind Over Mirrors' Jamie Fennelly creates a widescreen aura for Bellowing Sun. 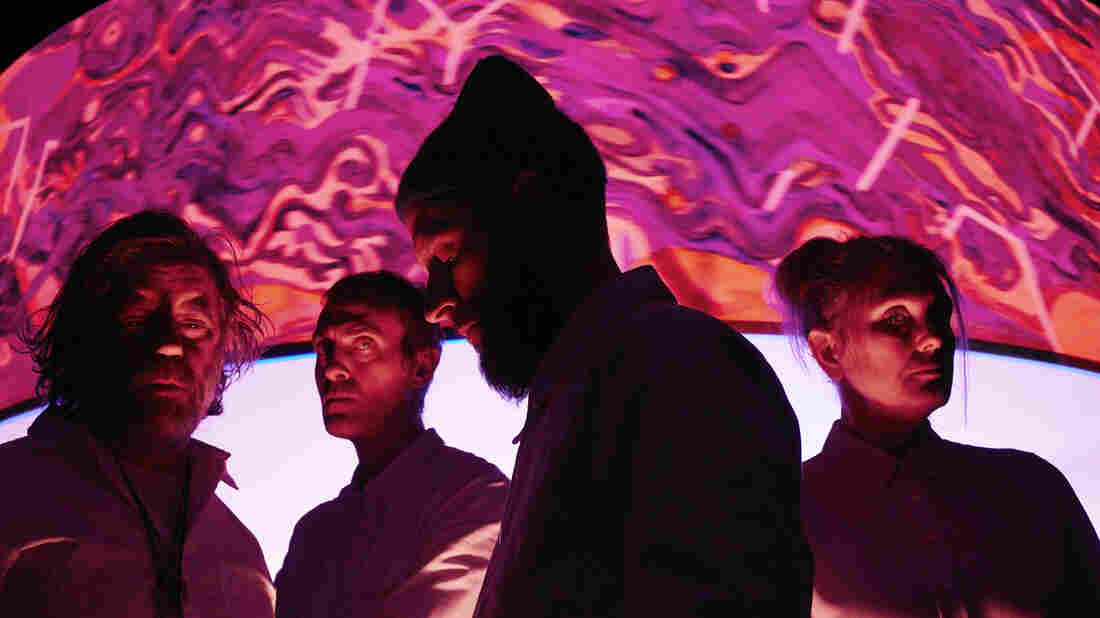 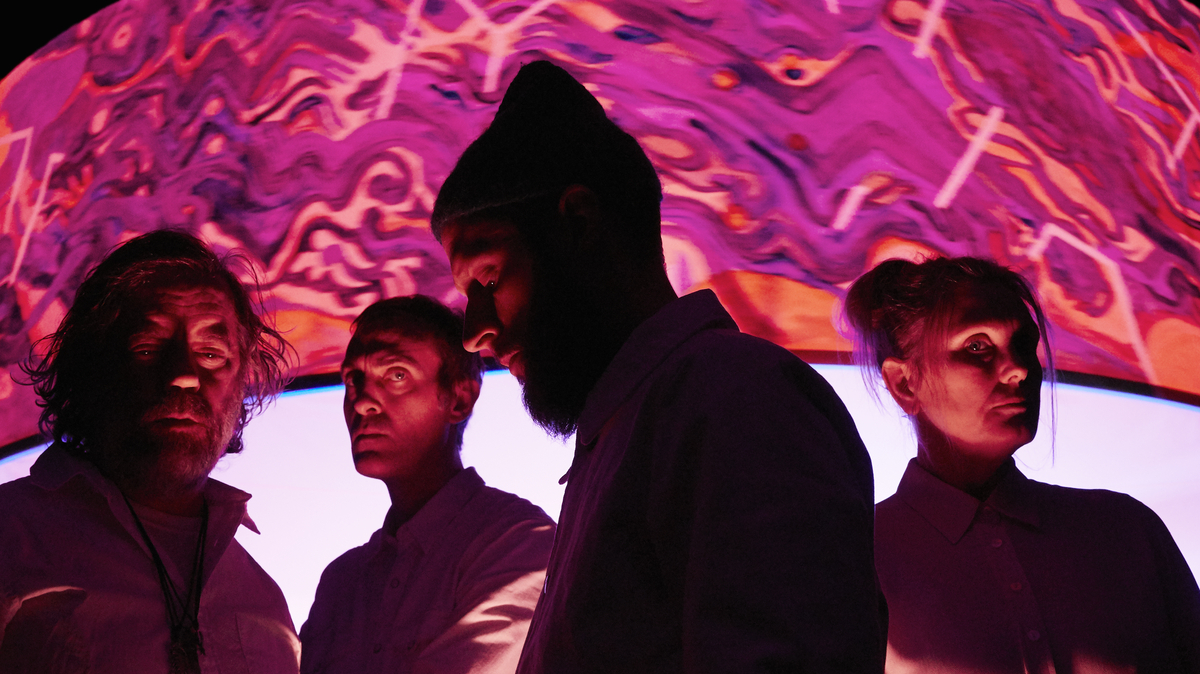 Saverio Truglia/Courtesy of the artist

Jaime Fennelly began Mind Over Mirrors as a solo project, but for the last few years his work has been all about expansion. He's gradually added collaborators, and now helms a full-fledged quartet with fellow Chicago musicians Janet Beveridge Bean of Eleventh Dream Day, Jim Becker of Califone, and Jon Mueller of Death Blues. Fennelly's music has expanded, too. What started as a simple mesh of harmonium and synthesizers has grown to incorporate vocals, zither, fiddle and percussion. While each Mind Over Mirrors album has retained Fennelly's core, it's been thrilling to hear how big and wide that sound can become.

The forthcoming Mind Over Mirrors album Bellowing Sun is Fennelly's biggest work in terms of ambition, too. It's one continuous piece divided into twelve passages. The group will debut it at the Museum of Contemporary Art Chicago in April, playing with the audience surrounding them as a large circular sculpture spins above. As Fennelly describes it, "The combined musical actions of myself, Jim, Janet and Jon, the colors of the zoetrope reacting to the lighting while spinning above the band, and the actively observing audiences in close proximity are all together moving, relating and communicating as one single highly energetic electric body."

That encompassing experience might be tough to replicate on record, but on Bellowing Sun, Mind Over Mirrors creates a widescreen aura. On the album's second track, "Matchstick Grip," the band starts busy and get busier. Fennelly's synths are met by Bean's rising vocals and Mueller's rattling drums. Perhaps because the music is constantly ascending, "Matchstick Grip" feels shorter than its nine and a half minute duration. But the song's rush also comes Mueller's 3-D beat, which punctures air in multiple directions. In composing Bellowing Sun, Fennelly focused on rhythm more than ever. On "Matchstick Grip" that tactic pays continual dividends, injecting blood into his oxygen-rich music.

Bellowing Sun comes out April 6 via Paradise of Bachelors.