Accessibility links
FBI Deputy Director, Target Of Partisan Ire, Is Retiring As He Planned Andrew McCabe has had a target on his back since his wife's failed bid to run for state office in Virginia as a Democrat. He's since been a favorite target of Republicans and the president. 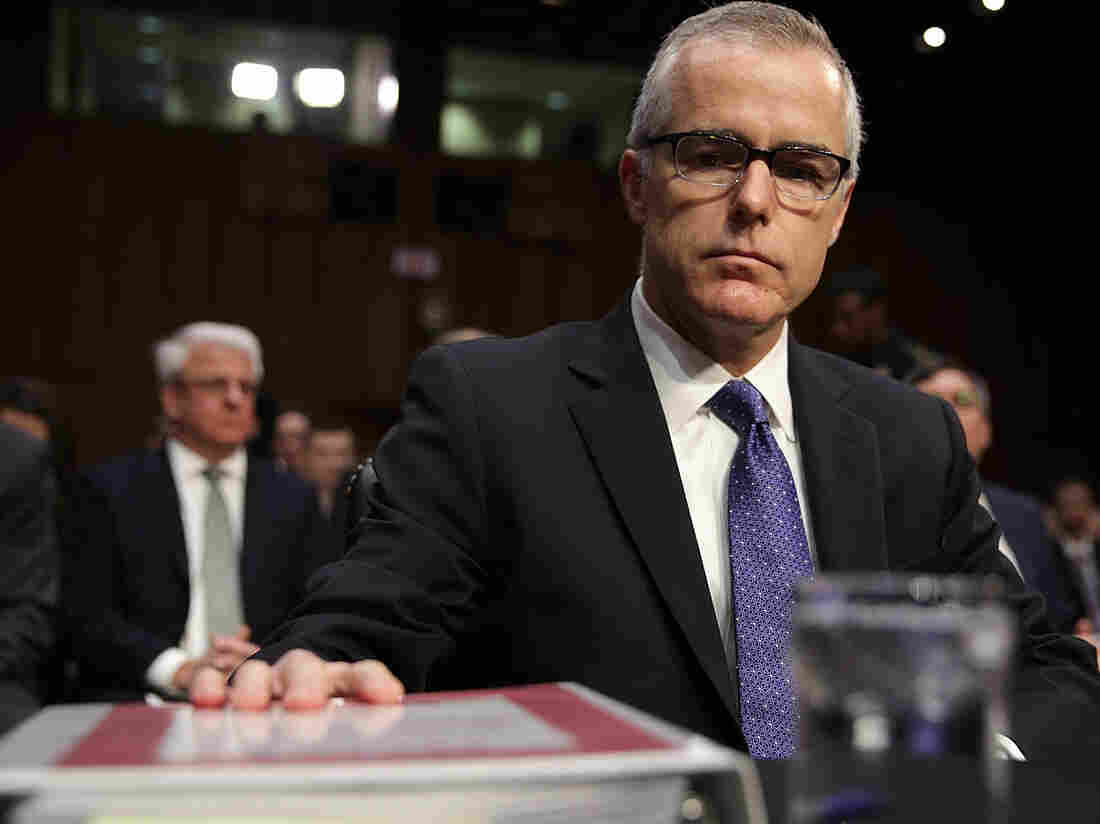 FBI Deputy Director Andrew McCabe was expected to retire in early 2018 after he hit a time-in-service milestone and could begin collecting his pension. Alex Wong/Getty Images hide caption 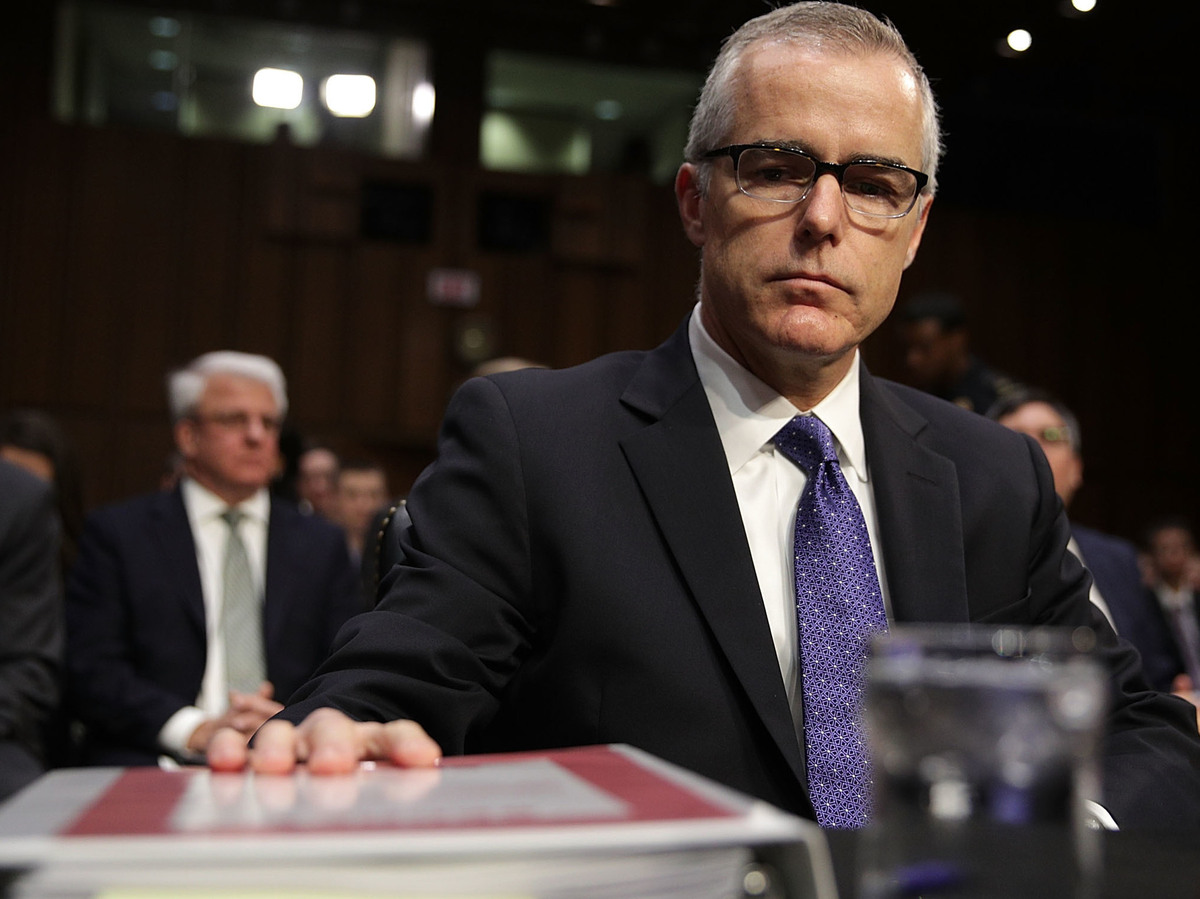 FBI Deputy Director Andrew McCabe was expected to retire in early 2018 after he hit a time-in-service milestone and could begin collecting his pension.

FBI deputy director Andrew McCabe is leaving the bureau after more than 20 years on the job, according to an individual familiar with the matter.

McCabe stepped down Monday from his post as the bureau's No. 2 official, and as expected he will take accumulated leave and remain on the payroll until March when he is eligible to retire with full benefits. The departure plan had been in the works for a while.

President Trump and his allies have made McCabe a favorite target in recent months, alleging that he is part of a coterie of anti-Trump officials in the upper ranks of the FBI. The criticism is part of a broader campaign by the president and his supporters alleging that the bureau and special counsel Robert Mueller's Russia investigation are tainted by political bias.

The current No. 3 official at the FBI, David Bowdich, is likely to get promoted to deputy director, multiple sources tell NPR.

White House spokeswoman Sarah Huckabee Sanders told reporters on Monday the administration had nothing to do with McCabe's departure from the FBI.

McCabe joined the FBI in 1996 in the New York field office and worked primarily on organized crime cases. After the Sept. 11 attacks in 2001, his focus shifted to counterterrorism investigations. He rose up through the ranks to hold senior positions in the Washington Field Office and at FBI headquarters.

McCabe was named deputy director in January of 2016 by then-Director James Comey. As the second-in-command at the bureau, McCabe oversaw domestic and international investigations, including two politically charged probes—into Hillary Clinton's use of a private email server, and possible coordination between the Trump campaign and Russia.

In 2015, McCabe's wife, Jill, ran for state Senate from their home across the river in Virginia. She accepted hundreds of thousands of dollars in campaign contributions including from organizations connected to Virginia Gov. Terry McAuliffe, a longtime ally of Bill and Hillary Clinton.

McCabe did not win and FBI and Justice Department ethics officials have said she and her husband satisfied the various requirements about disclosure and other process.

Andrew McCabe continued his work at the FBI, but became a target of Trump and Republicans over what they called the conflict between Jill accepting Clinton-linked donations and Andrew's responsibilities.

McCabe entered the public spotlight in May of 2017 when he became acting FBI director after President Trump fired Comey. Days after stepping into the job, McCabe briefed the Senate Intelligence Committee before a packed open hearing broadcast live on TV. He undercut one of the initial reasons Trump gave for firing Comey — the director had not "lost the confidence" of rank-and-file FBI employees, McCabe said.

After that, Trump went after McCabe in public and reportedly complained about him to aides in private. Much of the criticism ties back into McCabe's role overseeing the Clinton and Russia investigations.

Trump has repeatedly questioned why the FBI isn't looking into the Clinton matter and has also publicly faulted Attorney General Jeff Sessions and others for not prosecuting Clinton.

The Justice Department's inspector general is looking into its handling of that case and Deputy Attorney General Rod Rosenstein says it will issue a report when the process is complete.

Comey tweeted Monday evening, "Special Agent Andrew McCabe stood tall over the last 8 months, when small people were trying to tear down an institution we all depend on. He served with distinction for two decades. I wish Andy well. I also wish continued strength for the rest of the FBI. America needs you."