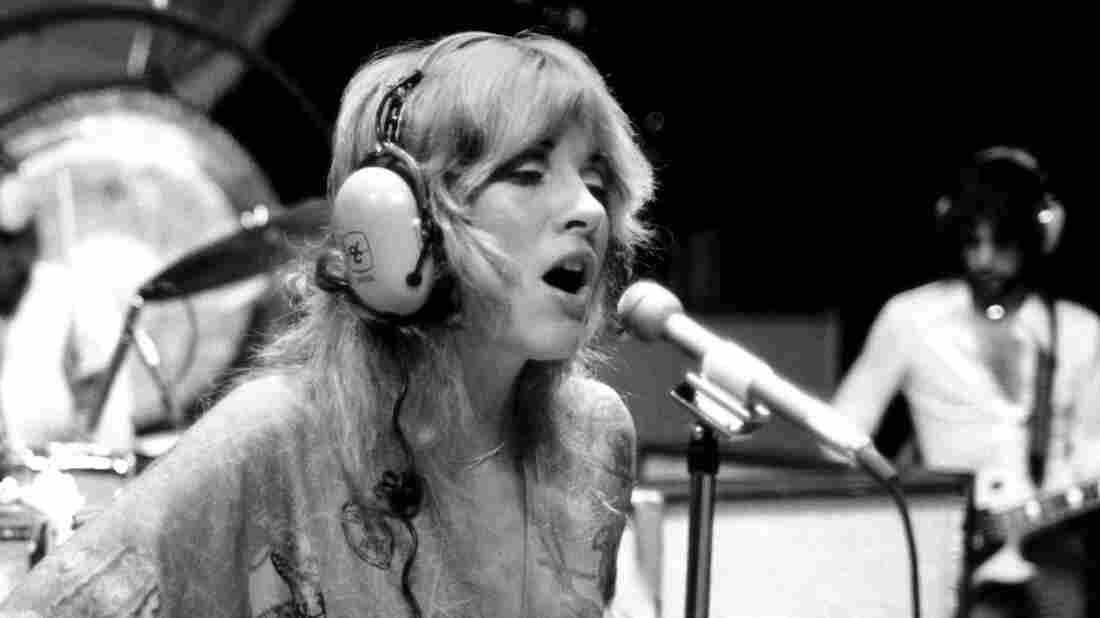 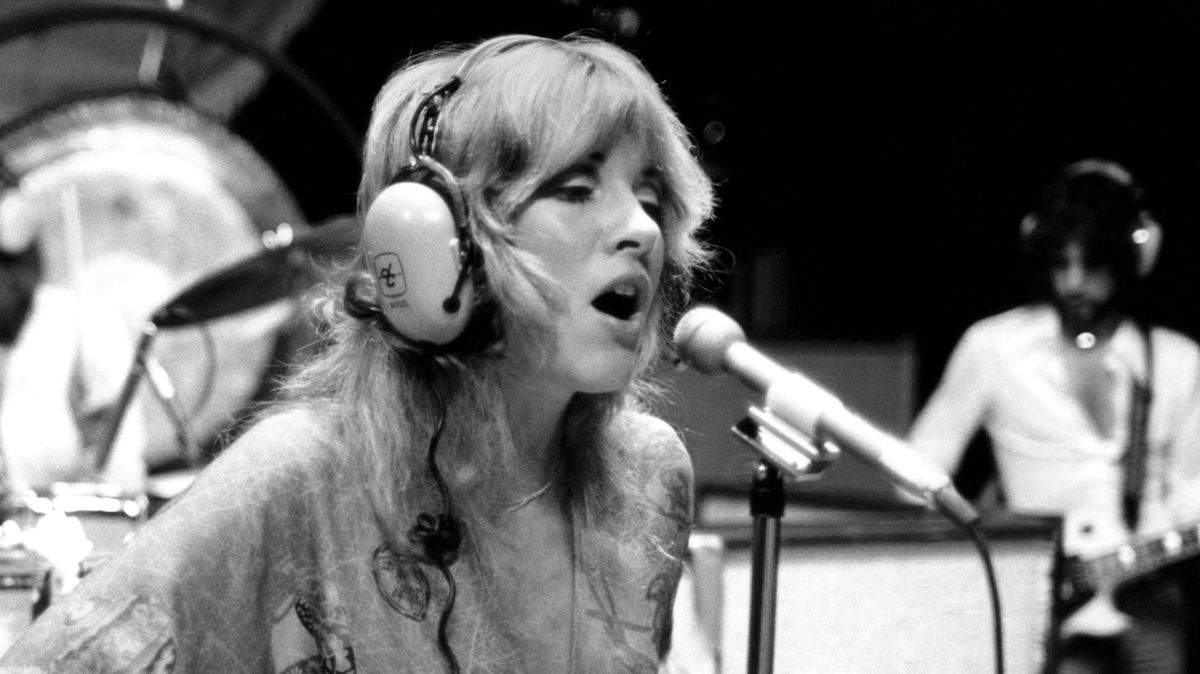 On Oct. 26, 2016 — the opening night of her 24 Karat Gold tour, in Phoenix — Stevie Nicks announced something that gave the audience pause: She was about to sing "Crying in the Night," a song she hadn't performed since 1973.

Over the past 44 years, Nicks and Lindsey Buckingham have become household names, but Buckingham Nicks, the album they made before joining Fleetwood Mac, is still largely unknown outside a small, devoted fanbase. With lukewarm initial reviews and sales, it was dropped from Polydor Records within months of its release and has remained elusive, with out-of-print vinyl copies fetching anywhere from $40 to $150 on the internet. Since 1973, there have been bootlegs, but no officially released cassettes or CDs, no Spotify streams nor iTunes downloads, no shrink-wrapped, remastered LP at Urban Outfitters. And, until 2016, when Nicks resurrected "Crying in the Night," few songs have re-appeared on later releases or box sets or in live performances.

Most of the audience that night had showed up expecting the hits: songs like "Edge of Seventeen" and "Dreams," songs they had heard so many times over the years, played on classic rock radio stations seemingly every hour on the hour, and so firmly ingrained in their consciousness they could loudly sing along without hesitation.That's what Nicks and Fleetwood Mac have given their audiences for the past several years: a greatest hits live show, devoid of deep cuts like the songs on Buckingham Nicks — thereby furthering the album's mystique. So the mere mention of an album that has reached such cult status with fans drew deafening screams from the crowd.

Plenty of artists have early recordings of questionable quality that they've publicly disowned, from Emmylou Harris' Gliding Bird to Billy Joel's Cold Spring Harbor. But Buckingham Nicks is an album its creators have only spoken fondly of over the years, often musing half-heartedly in interviews about re-release plans that have yet to come to fruition. One almost has to wonder if there's a performative aspect to it all, if by talking up this "lost" album they're furthering their own melodramatic narrative, the same way they join hands and play a happy couple on stage only to later stare each other down during "Silver Springs."

This wouldn't be surprising. So much of what has been written about the pair focuses more on personal drama they create and continue to feed into — one minute they hate each other, the next they're closer than ever — than their music; Buckingham Nicks leaves less juicy fodder for critics to feast on. "Before fame and all the creepiness creeped in, there was a really sweet girl and a really sweet boy that sang together and made beautiful music," Nicks once said of Buckingham Nicks. Compared to Rumours, its innocence is hardly popcorn-worthy.

Nicks in particular often gets the short end of the stick when it comes to critical recognition. While much has been said about Buckingham and his skills as a guitarist and producer, commentary on Nicks — who makes up for what she lacks in technical musical ability with lyrics that can be complex and layered, capable of being both deeply personal and broadly universal — seldom dips below the superficial. From the start, she's been portrayed more as a sex symbol than a serious musician, described by her time's leading critics as everything from "a shaggy-haired love object who cultivates an onstage mystique that only the very young could thoroughly buy" to a narcissistic "space case, a terminal mutation of the genus Superstar."

Today, it seems Nicks' image continues to overwhelm her art, her legacy written about more in terms of fashion influence than musicianship. Fawning accolades for Stevie Nicks, aesthete, are everywhere. Tougher to find is that same praise for Stevie Nicks, musician.

But beneath the Tumblr-fetishized witchy exterior lies Nicks' prolific songwriting gift: an innate ability to view the world with a particular romantic haziness, to look devastating heartache that could cripple most people square in the face with unfathomable optimism. "It's as if, by the time Nicks got around to singing about something, she already knew that she would survive it," critic Amanda Petrusich wrote in a 2016 essay for the New Yorker.

Nicks boldly took the confessional style that a few female singer-songwriters from Laurel Canyon were exploring and placed it in the increasingly macho late-70s and early-80s arena rock scene. Men are part of her songs, yes, but she is the scaffolding at the center, always; as Nora Ephron once encouraged women, she is the heroine of her life, not the victim. Drawing influence from songwriters like Joni Mitchell, she wrote complex, intimate songs from an honest, female perspective and played them to stadium crowds accustomed to hyper-masculine bands like Led Zeppelin and The Rolling Stones.

Traits that sculpt her greatest songs emerge in their most raw, naive and even prophetic form on Buckingham Nicks. It's a snapshot of a woman at a very specific, tumultuous time in her early 20s, and the range of emotions, from passion to frustration, that comes with it. She is introspective and full of questions for herself and the world around her; she is deeply in love, but already anticipating the end.

On "Crystal," she asks: "Do you always trust your first initial feeling? / Special knowledge holds true, bears believing." Later, on "Races Are Run," she grapples with coming of age again, asking if people can really start again, and, understanding that there are both winners and losers in the world, questioning which side she'll land on.

In 1975, Nicks would both re-record "Crystal" with Fleetwood Mac and croon similar sentiments on "Landslide," which has since become a touchstone for those wearily wondering whether or not they, too, can sail through the changing ocean tides of their lives. Connecting the songs shows an encouraging thread of a sustained optimistic perspective: Life changes and charges forward relentlessly, but we can survive it, especially with the right people by our sides. We can, if anything, at least just be okay.

Nicks' later love affairs spurred plenty of breakup songs whose seeds were planted years before. Though yet to go through a serious split before recording Buckingham Nicks, Nicks wrote the anticipatory "Crying in the Night," a warning to a partner about a manipulative woman who would seduce him away before eventually ruining his life. Think of it as a precursor to the reminder that "women, they will come, and they will go" she sings on 1977's "Dreams."

In Buckingham Nicks' frenzied, showstopping finale, the Nicks-penned "Frozen Love," Buckingham sings: "You may not be as strong as me, and I may not care to teach you." Nicks echos the line, at times just barely catching up, and their voices crescendo together, both dueling and embracing each other seamlessly like the tempestuous lovers who control them. It sets the stage for the darker, crueler performances they'd give later in Fleetwood Mac like "Go Your Own Way" and "Silver Springs," knowing they had no choice but to sing on each other's kiss-off tracks. Nicks is on both the giving and receiving ends of this line. She is at the same time the stronger of the two — shouldering multiple jobs so Buckingham wouldn't have to work — and the one cast in songs and by critics as weaker — aware that Buckingham can musically bring her "skeletons" of songs to life in ways she cannot. And she's fine with that: "Hate gave you me for a lover," she sings pointedly, as if to say that she is who she is, take it or leave it.

This is the early emergence of the Nicks we have come to know and love: both vulnerable and fierce, beaten down but not broken, scorned but still staggeringly confident. In Buckingham Nicks, she is, like many people in their 20s, coming into her voice and learning to trust it. In songs that would come later, from "Silver Springs" to "Beautiful Child" to "Wild Heart," she grows to confidently own all her contradictions, finding strength in embracing her flaws and weaknesses and saying them out loud. From the girl on Buckingham Nicks, she has become many women at once: the one howling that her voice will haunt you, the one quietly letting go of a lover, admitting that she was too naive, the one proudly shrugging off her tendency to fall hard in love so quickly and recklessly.

Nicks has recently emerged as a self-proclaimed fairy godmother for countless millennial women. Her songs serve as lighthouses, there in the darkest of nights to offer safety and guidance. It's refreshing to look back at Buckingham Nicks and see that she was once one of us, still unformed and trying to figure out her place in the world. Through her music, she finally found her way, taking the public with her on that journey. It's encouraging, even, to look back to this beginning knowing that she turned out okay. Maybe, if we listen closely enough, we will, too.