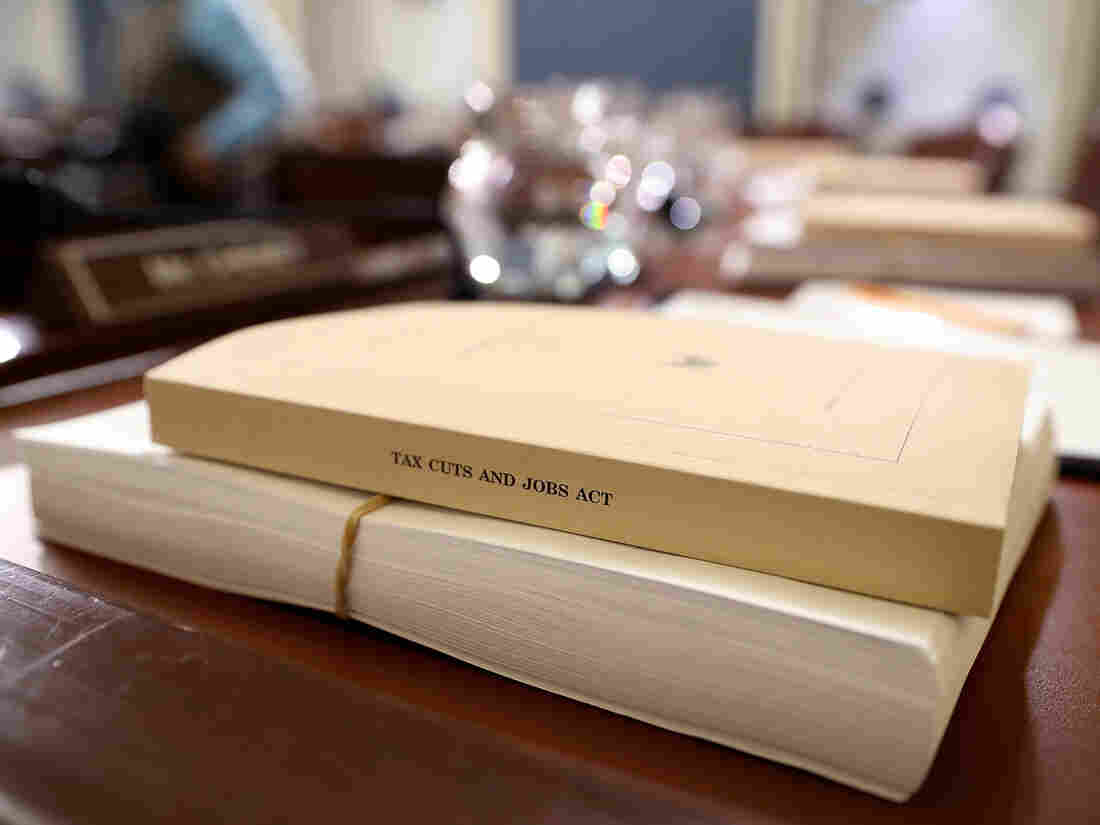 States are assessing the effects of the recent changes to the federal tax code on their residents. Chip Somodevilla/Getty Images hide caption 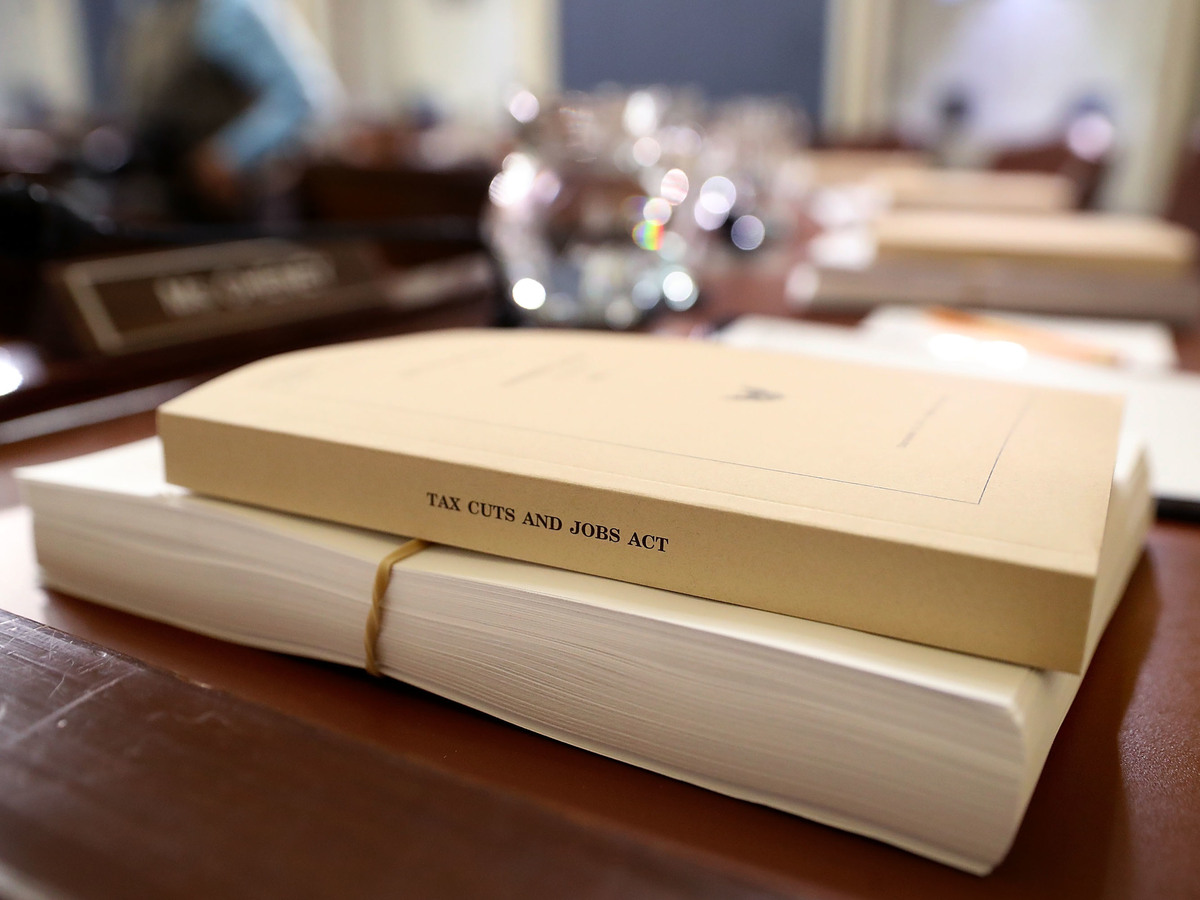 States are assessing the effects of the recent changes to the federal tax code on their residents.

When Congress approved changes to the federal tax code in December, Democrats said the new law was designed to hurt states that tend to elect Democrats and help those that lean Republican.

As it turns out, the changes to the tax code affect states differently than the taxpayers who live in them. And for state government coffers, the Republican-led overhaul may not cut as cleanly along ideological lines as Democrats say.

Take Montana, which Donald Trump won by 20 points. The state Legislature is dominated by Republicans who are championing the new federal tax law as nothing but good news for the state.

But Montana's governor, Democrat Steve Bullock, warns the tax changes could pose a threat to his state's finances.

"This is a bad deal for Montana and for families all across the country," Bullock wrote in a tweet soon after Congress passed the tax overhaul.

This month, the head of the governor's budgeting office announced the state could expect to lose $20 million in revenue over the next two years, mainly because of how the federal law changes the way Montana collects corporate income tax.

And $20 million is on the low end of projections by state economists.

"With experts on both sides, we thought it appropriate to err on the side of less loss to state revenue, because that was really the legislative intent in Congress," Montana State Budget Director Dan Villa said. "It was not the intent to have that implication come down on the state."

Montana Senate Majority Leader Fred Thomas says the analysis by the governor's office is nothing but politics.

"We don't see any impact except positive impacts," Thomas said.

The Montana Legislature meets once every two years, and there are no plans to call a special session to deal with the disagreement over projections. Although, state lawmakers could be called back into session if consensus grows around a loss more than the governor's estimate of $20 million.

Notably, the Montana Department of Revenue suggests it could be more than double that. Director Mike Kadas, a Bullock appointee, cites the fact that Montana is one of 17 states coupling their tax code with federal law in a way that could result in a loss in personal and corporate income tax.

Maryland is not one of those 17. The Mid-Atlantic, left-leaning state is expecting a windfall from the Republican-led update to the federal tax code.

The state comptroller's office expects a boost to state and local income tax revenue of at least $300 million in a single year, unless the state General Assembly acts to prevent it.

Maryland's tax code is more directly coupled with the federal code, so Maryland taxpayers can take most of the same deductions on their federal and state tax returns.

"It's a very sensible choice that almost all states have made, basically to allow taxpayers who have calculated their taxes for the federal purposes just to take those same calculations, make just a couple of tweaks to figure out how much they owe the state," said Andrew Blair-Stanek, a tax specialist who teaches at the University of Maryland Francis King Carey School of Law.

This is intended to simplify the tax-filing process for residents, as well as enforcement for the state. But it also means taxpayers can only deduct something from their state taxes if they have already deducted it from their federal taxes.

The new federal law increases the standard deduction while limiting some previous deductions, such as the one for state and local taxes. As a result, roughly 700,000 Maryland residents who itemized deductions on their past tax returns will shrink their federal tax bills if they switch to the standard deduction, said Andrew Schaufele, director of the state Bureau of Revenue Estimates in the comptroller's office.

The GOP's New Tax Plan Will Affect Everyone, But Will It Grow The Economy?

But if all 700,000 take the standard deduction on both their federal and state tax returns, the state is expected to collect about $483 million more.

The federal changes also reduce the personal exemption that taxpayers can claim on their income taxes to zero. Schaufele said it's unclear whether this would eliminate Maryland's personal exemption. If it does, state revenues stand to gain another $1.2 billion.

For states expecting a financial boost from the federal changes, "in the short run, it could turn out to be a great thing," said Blair-Stanek. "But over the long run, it will definitely increase the pressure on state and local governments to reduce taxes, or at least rein in increases."

Maryland lawmakers have promised to pass legislation protecting taxpayers from the increases by the time the state's 90-day General Assembly session ends in April.

Gov. Larry Hogan, a Republican, said last week that he will introduce legislation allowing taxpayers to itemize deductions on their state returns even if they take the standard deduction on their federal returns.

"Under our proposed legislation, Marylanders will not pay one cent more in state taxes as a result of the actions at the federal level," he said.

Leaders of the Democrat-controlled General Assembly are joining with Hogan to clarify the law and eliminate any risk to the state personal exemption — and at the same time seizing an opportunity to criticize congressional Republicans and Trump.

"It's an economic war between the red states against the blue states," said Senate President Thomas V. Mike Miller.

Even if so, the new federal tax code doesn't seem to be as accurate a weapon as feared.