Accessibility links
Carrie Brownstein Is The 'Unabashed Protagonist' Of Her Own Story As Portlandia draws to a close, Brownstein reflects on the show's portrayal of "aspirational liberalism" — as well as her years in the riot grrrl scene and its connection to contemporary feminism.

39:17
Carrie Brownstein Is The 'Unabashed Protagonist' Of Her Own Story 39:17 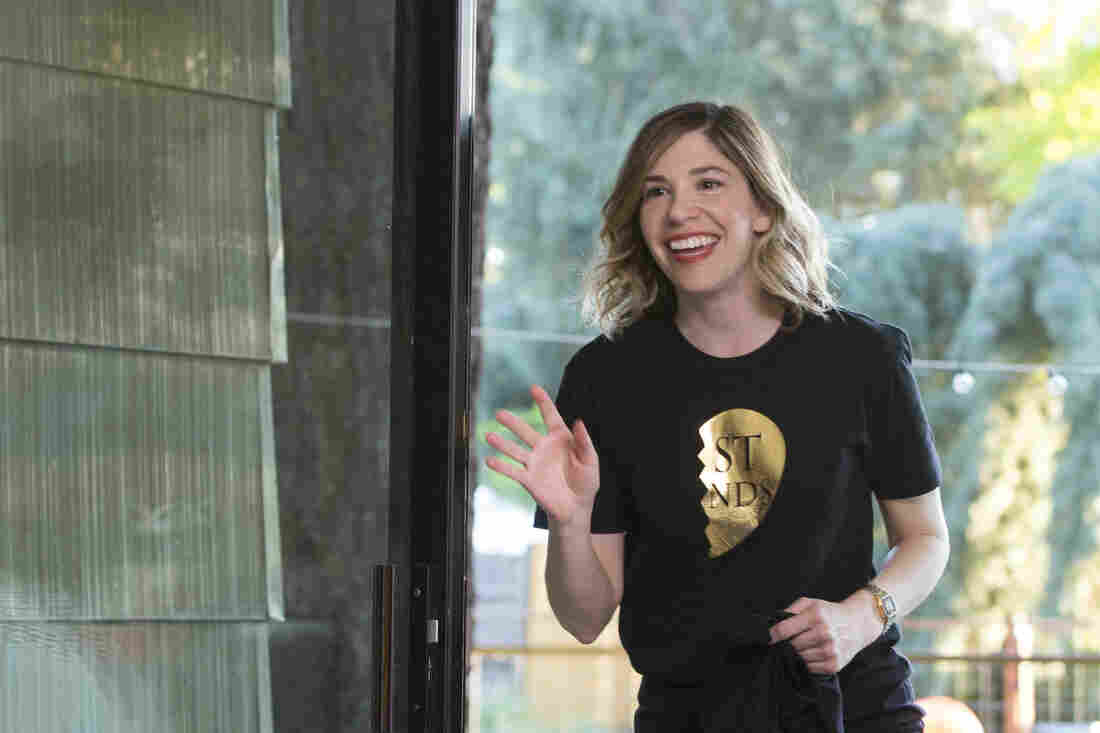 Carrie Brownstein on the set of Portlandia. Brownstein is currently adapting her 2015 memoir, Hunger Makes Me A Modern Girl, for a Hulu pilot. Augusta Quirk/IFC hide caption 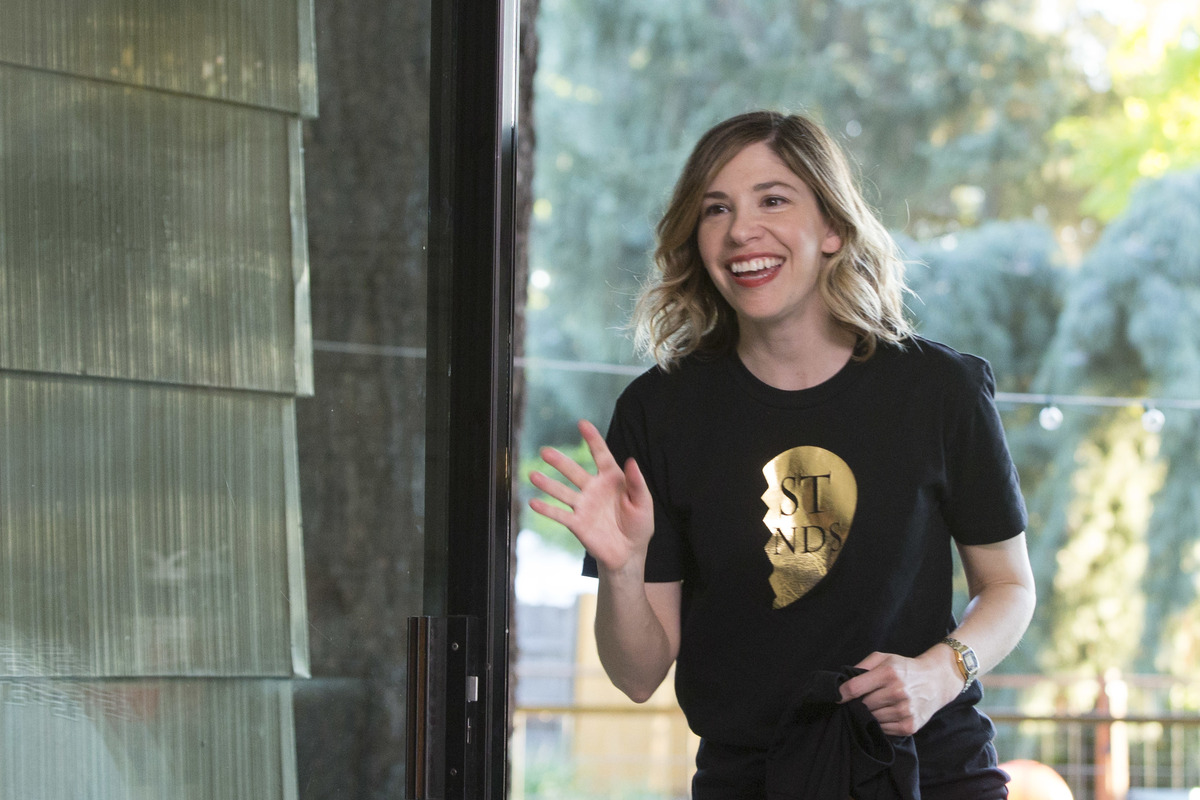 Carrie Brownstein on the set of Portlandia. Brownstein is currently adapting her 2015 memoir, Hunger Makes Me A Modern Girl, for a Hulu pilot.

Carrie Brownstein is well known for the caricatures she paints — of her contemporaries and of herself.

Her IFC show Portlandia, created with Fred Armisen, premiered its eighth and final season on January 18. The show has grown to be loved by many for its incisive humor and intelligent silliness about the idiosyncracies of the urban left (and resented by some real-life Portlandians for the same reason). Brownstein is currently adapting her 2015 memoir, Hunger Makes Me a Modern Girl, for a Hulu pilot that promises to portray her life and ascent — coming of age in the Pacific Northwest, finding a community in the riot grrrl movement and breaking out nationally with her band Sleater-Kinney — with a similar sincerity.

On this episode of It's Been a Minute, Brownstein reflects on the arc of Portlandia, the relevance of riot grrrl to contemporary conversations about feminism and managing the anxiety that comes with performance.

On Portlandia's critique of "aspirational liberalism"

Our show has always been an exploration of well-intentioned people who can often go about things in a misguided way. The show is kind of culminating at a time when there is a bit of a whiplash after the election of Trump: "Oh, maybe we were so privileged and had such a sense of progress being inevitable that we overlooked certain things." I think the show in some ways has always kind of tried to get at that question of, what are we overlooking? [And because it] started with this thesis of "The dream is alive" — which was such a, perhaps, false idealism, false sense of utopia — the dream kind of crumbling is not the worst way for us to have the final chapter of the show.

On comedy as a performance of privilege

Fred is half Venezuelan and a quarter Korean. I am queer; I've been out since my early 20s. So when we're exploring categories of status quo, we're coming at it as people who sort of "pass" in certain situations. Our version of heteronormativity on the show ... is always kind of exploring these categories that we assume are finite and fixed and default. It seems really strange to make default this thing that is so inherently flawed and strange and so easily torn apart. So I think sometimes when people are trying to figure out why the show gets at things in a certain way, people can forget that Fred and I come from places that are not just, like, the most "normal people." We're kind of exploring it from the margins a little bit, and exploring the ways that we embody privilege, or that we pass, or that we are able to, you know, perform whiteness, perform heteronormativity. And we kind of force all of our characters to perform these things ad nauseam until you see the absurdity in these categories.

It was a movement that really aimed to center women's experiences in a very unapologetic way and to bring up the subject of discrimination and exploitation where women had often been the object, especially in the context of rock music. This sort of put women as the unabashed narrator, the unabashed protagonist of their own story, and actually had a very outsized influence considering how peripheral it was in terms of mainstream music. And there were riot grrrl meetings, women-only meetings — people talking about experiences of sexism, sexual harassment, a lot of analogies to what is going on today. Of course, riot grrrl was a successor of earlier modes of organizing, and definitely instilled in me a boldness that I think I has served me well in my life.

On the return of Sleater-Kinney and dealing with anxiety

It was a band where everyone was trying to play a lead — two vocalists each telling their version of a story. Then you had a very powerful drummer trying to make sense of it all. It's making it sound a lot more avant-garde than it was, because in some ways I think that we actually have some pretty catchy songs.

A couple of years ago, Sleater-Kinney put out our first record in almost a decade, No Cities to Love. I had taken the time to reassess and to examine the things that really caused the anxiety. A lot of it was just the fragmentary nature of touring for me. ... Even though onstage I was doing the exact thing I needed to do, which was sort of reaching out to other people and feeling them return that energy and turn that warmth, I also was not at home — my sense of what home was started to really dissipate. And so this lack of stability that caused me a lot of anxiety, I just kind of worked on that.