Accessibility links
The Man Behind 'Left Shark' Explains His Viral Super Bowl Moment Three years ago, Bryan Gaw performed alongside Katy Perry in a blue shark costume and became an instant hit. Today he says he was playing a character: an everyday, imperfect person. 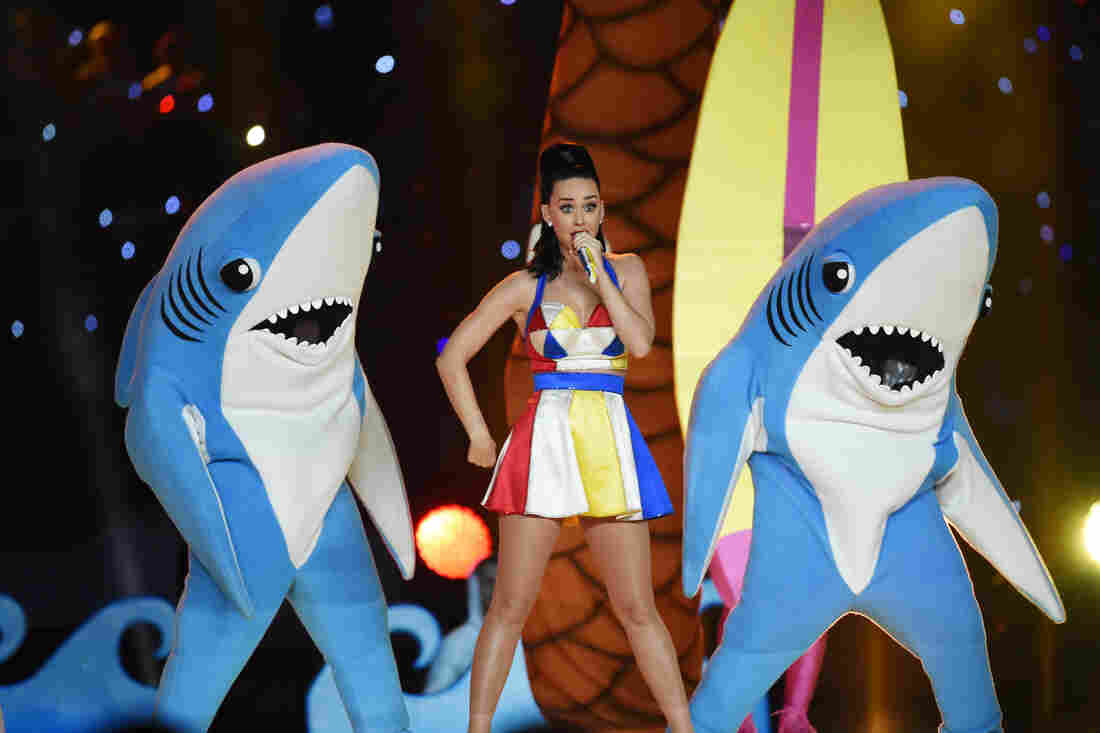 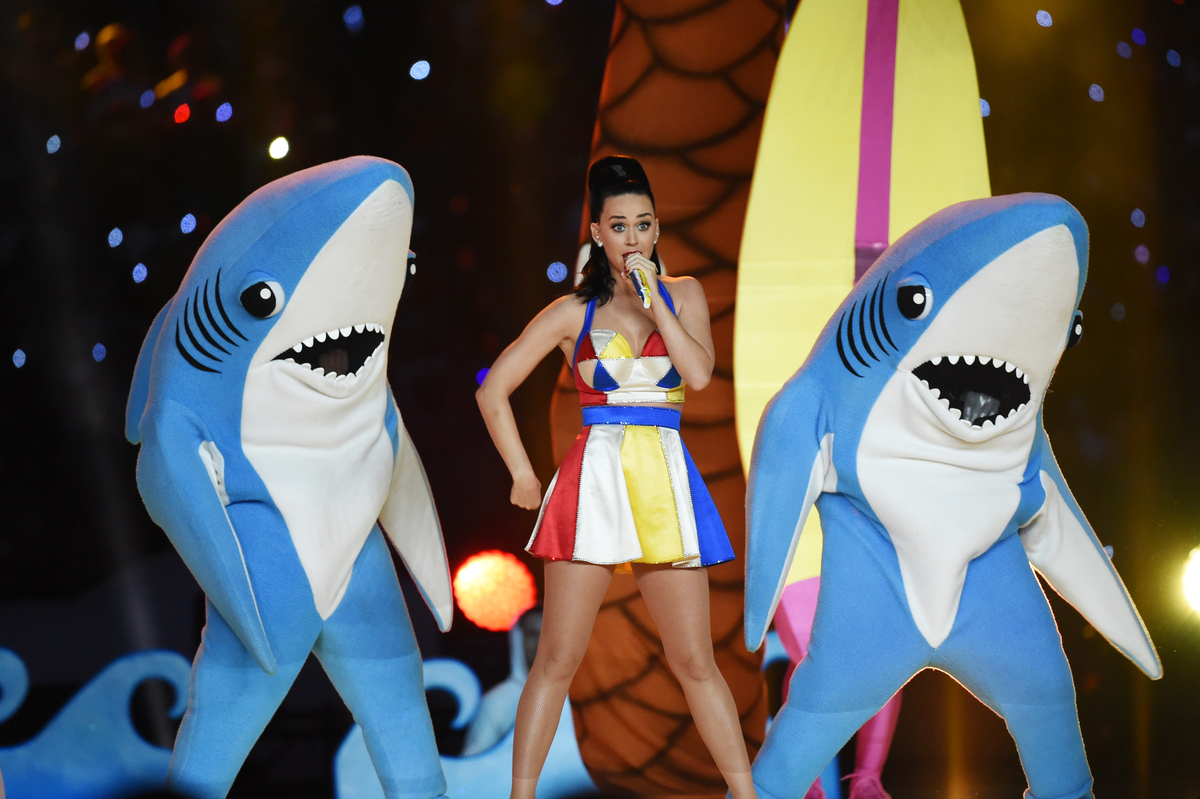 Singer Katy Perry performs (with her sharks) during the Super Bowl XLIX halftime on Feb. 1, 2015.

The Super Bowl halftime show is arguably as big a spectacle as the actual game. And back in 2015, it launched an unwitting star.

Katy Perry was the halftime artist, but one of her dancers stole the spotlight. During her performance of the song "Teenage Dream," she was flanked onstage by two dancers dressed in enormous blue shark costumes. The one on the right seemed to dance in sync; the one on the other side flailed as if he'd been encased in that costume against his will.

Everyone wanted to know: Could he not hear the music? Could he not see his cues from inside that costume? What happened?

At the time, the man inside Left Shark refused to talk to news outlets. That's since changed.

Left Shark's real name is Bryan Gaw. He'd been a dancer with Katy Perry's touring ensemble for five years. He left the road about a year ago, and today he's a hair stylist at Mare Salon in West Hollywood. That's where NPR caught up with him. 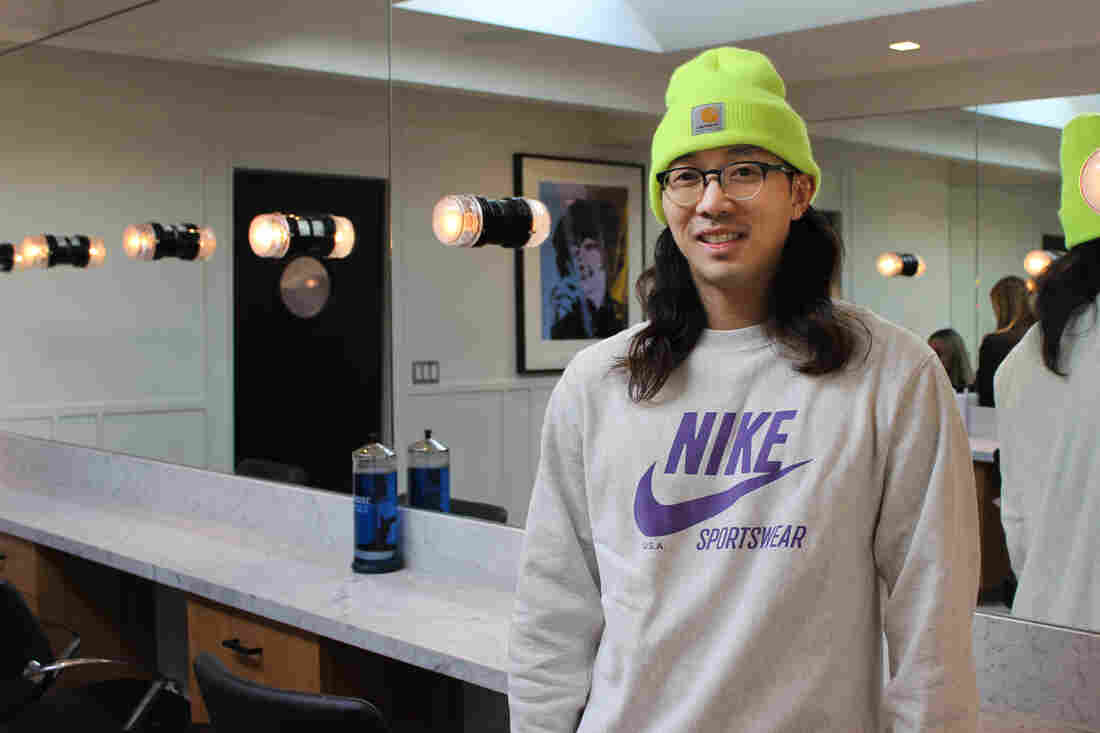 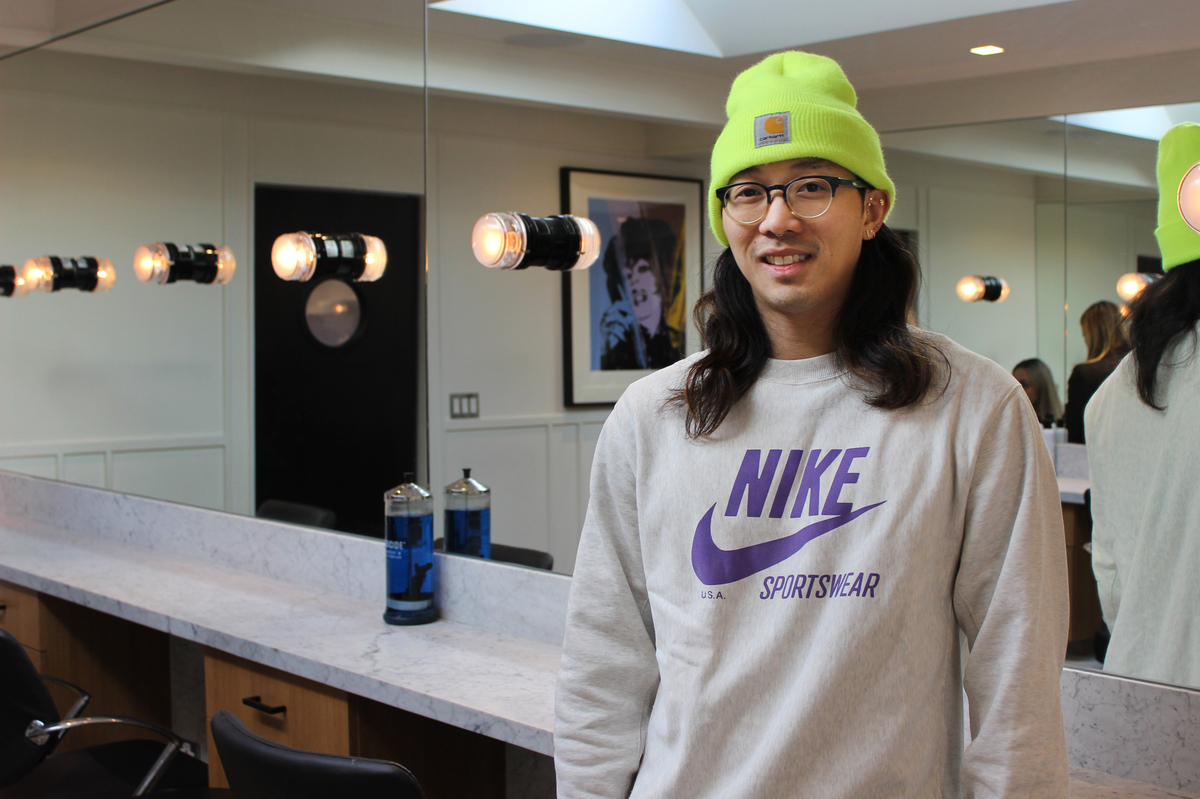 Gaw explained that the role of Left Shark involved some freedom of expression. "So there's a set choreography," he said. "There's also what's called free-style choreography, or, like, you get to move around or play your character as a dancer. ... I'm in a 7-foot blue shark costume. There's no cool in that. So what's the other option? Well, I'm gonna play a different character."

And that character, he claims, was an underdog. An everyday person. Someone imperfect.

Gaw rehearsed his improvisational moment thinking he'd be a little goofy, but when he reached midfield at the Super Bowl, his movements became maximum goofy.

"Yes i have 4 years of Juilliard and i was shark number 2 in a little production called the Super bowl" pic.twitter.com/hiVCZtDI8B

Left Shark isn't the hero we need, but the one we deserve. http://t.co/KcCHQ6QuXa pic.twitter.com/COlofdlcUB

It took Gaw a while to get used to his newfound fame. In the immediate aftermath, the media had a field day with what was perceived as a botched performance. Social media was especially cutting. Gaw didn't talk about it publicly at first — he said he didn't want to draw attention away from Katy Perry. But he's since found a lot of love for Left Shark.

"Actually I don't get any negative feedback from it. If anything, people are, like, 'Whoa, that's so cool!' "

Now, Gaw even lists Left Shark on his resume.