Accessibility links
Rep. Trey Gowdy, Who Gained Attention With Benghazi Hearings, To Retire The South Carolina congressman is the 34th Republican and ninth committee chairman to retire ahead of midterm elections that could see significant GOP losses. 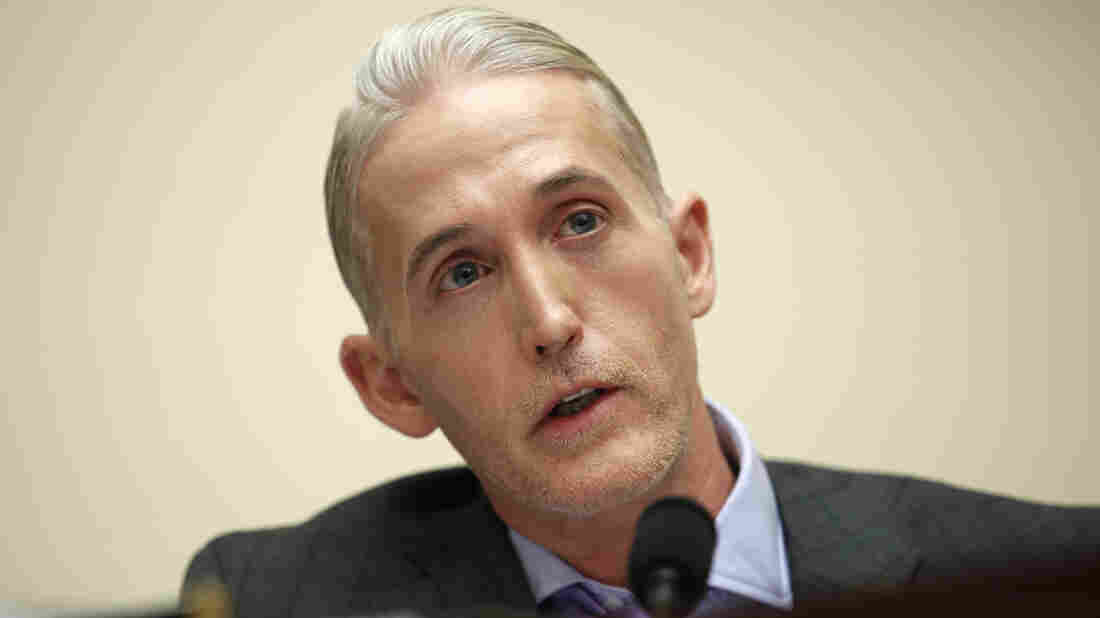 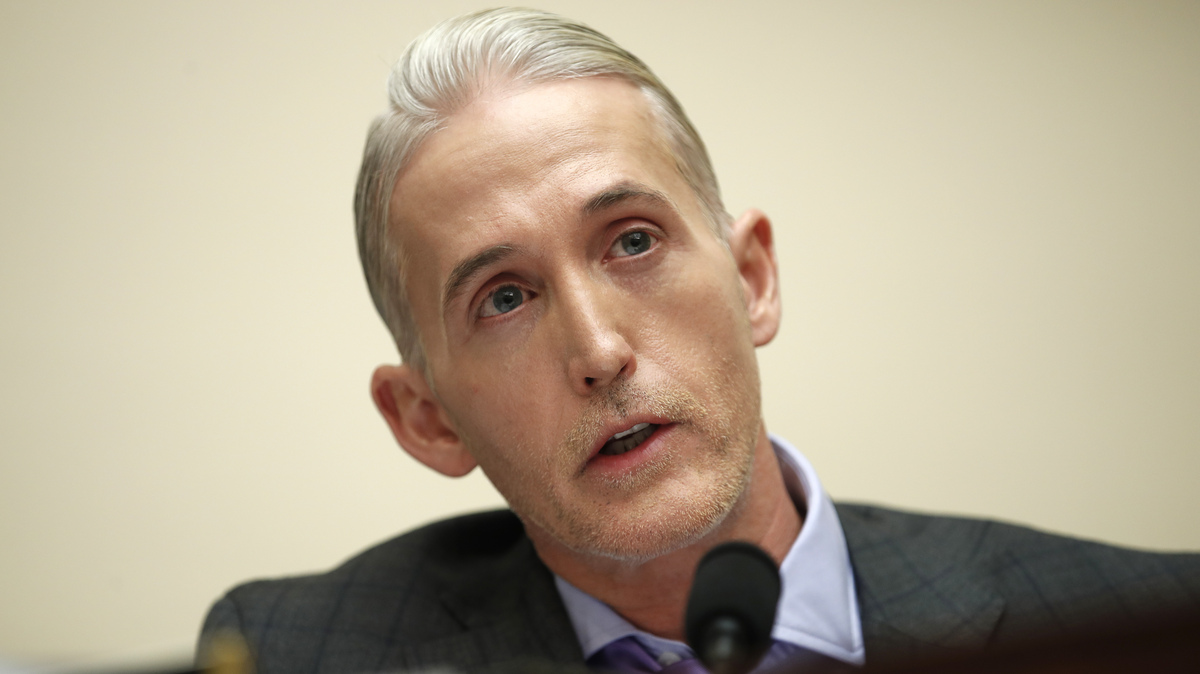 South Carolina Rep. Trey Gowdy announced Wednesday that he is not seeking re-election, making him the 34th Republican and ninth committee chairman to retire ahead of the potentially brutal 2018 midterm elections.

Gowdy is a former prosecutor who chairs the House Oversight and Government Reform committee. He gained national attention and conservative acclaim as the chairman of the House select committee investigating the 2012 attack on the U.S. diplomatic compound in Benghazi, Libya, and then-Secretary of State Hillary Clinton's response to the attacks.

"I will not be filing for re-election to Congress nor seeking any other political or elected office; instead I will be returning to the justice system," Gowdy said. "Whatever skills I may have are better-utilized in a courtroom than in Congress, and I enjoy our justice system more than our political system. As I look back on my career, it is the jobs that both seek and reward fairness that are most rewarding."

Gowdy was first elected in 2010 by beating GOP Rep. Bob Inglis in a bitter primary, arguing the incumbent had moved too far to the left. His Greenville and Spartanburg district is solidly Republican and is sure to draw a crowded June primary field.

Gowdy became a conservative hero for his grilling of Clinton and his committee's investigative work into Benghazi. That work uncovered the controversial private email server that Clinton used while at the State Department; the use of the server became a major stumbling block throughout her White House campaign and prompted an FBI investigation.

He took over the Oversight and Government Reform Committee last year when then-chairman, Rep. Jason Chaffetz, R-Utah, announced his resignation.

Gowdy's exit adds to the record number of GOP members not seeking re-election to the House this November amid the very real possibility that Republicans could lose control of the chamber.

In an interview with The Philadelphia Inquirer, Brady said his retirement was not spurred by a campaign finance investigation involving two of his aides from his 2012 re-election campaign. Instead, he says, he was motivated by concerns about the new court-ordered district lines that Pennsylvania will have to draw and how that new redistricting could affect other Philadelphia congressmen.