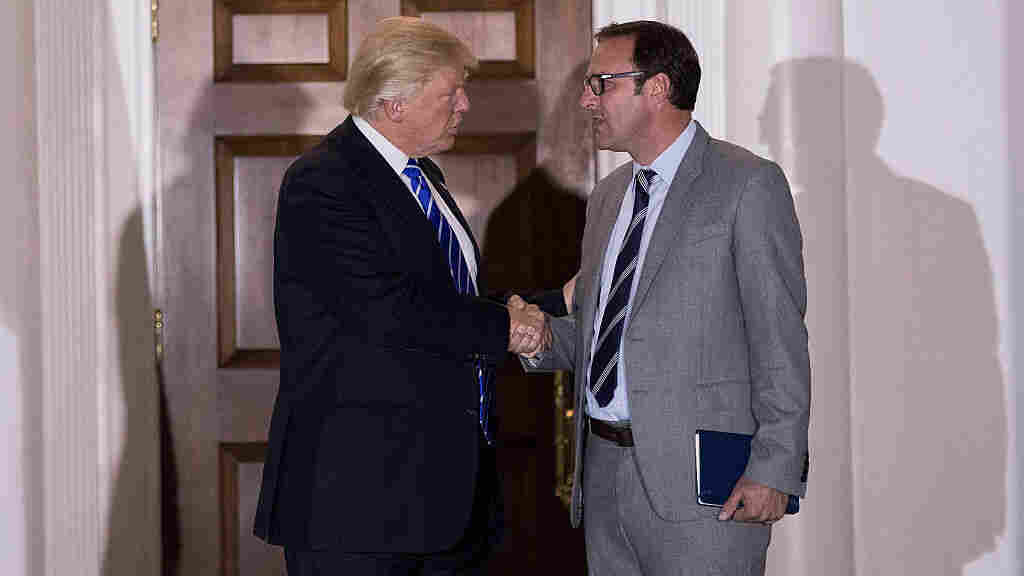 Then-President-elect Donald Trump shakes hands with Todd Ricketts, co-owner of the Chicago Cubs, after they met in Bedminster, N.J., during the transition in November 2016. Drew Angerer/Getty Images hide caption 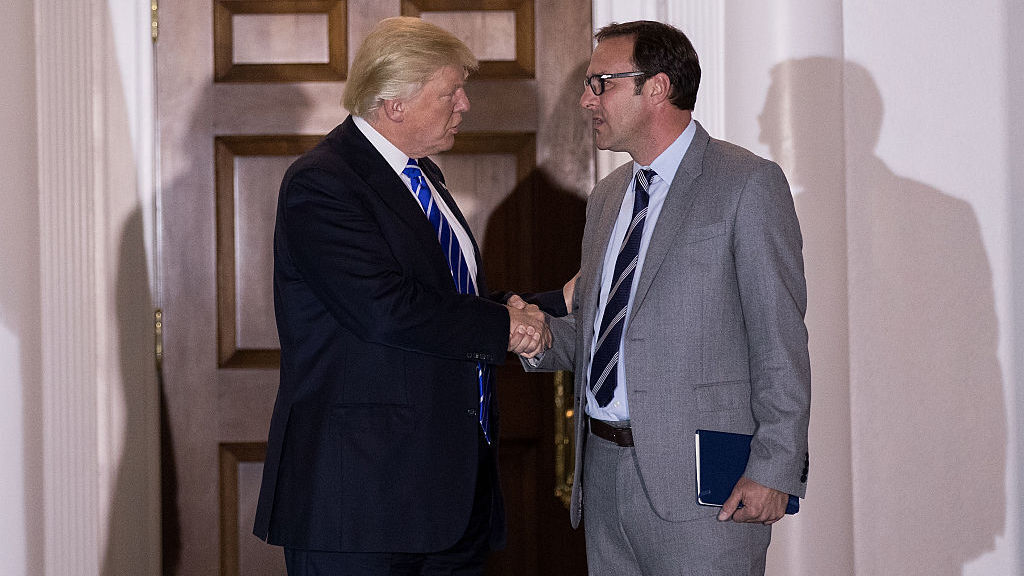 Then-President-elect Donald Trump shakes hands with Todd Ricketts, co-owner of the Chicago Cubs, after they met in Bedminster, N.J., during the transition in November 2016.

"His incredible leadership and proven track record of results will continue to grow support for our party and ensure we have the resources needed to deliver Republican victories in 2018 and beyond," RNC Chairwoman Ronna Romney McDaniel said of Ricketts.

"I have wanted to be helpful to President Trump and the Republican Party since our successful 2016 elections," Ricketts added in a statement.

Ricketts had been nominated by Trump last year to be the deputy commerce secretary but withdrew after determining he couldn't untangle his family's business interests from potential conflicts of interest.

Ricketts comes from a family with deep roots in conservative politics. His father, who founded TD Ameritrade, and mother have been major GOP donors. His brother, Pete, is currently the Republican governor of Nebraska.

Ricketts and his family actually opposed Trump during the presidential primaries, first supporting Wisconsin Gov. Scott Walker and then Texas Sen. Ted Cruz. The family later funded an anti-Trump PAC in hopes of stopping him from winning the Republican nomination, prompting a threatening tweet from Trump in 2016.

I hear the Rickets family, who own the Chicago Cubs, are secretly spending $'s against me. They better be careful, they have a lot to hide!

Once Trump became the Republican nominee, the Ricketts family supported him. And on Wednesday, Trump praised the selection of Ricketts.

"Todd will be a great addition to the Republican National Committee, and I couldn't be happier he is lending his tremendous leadership to our party," the president said.

Wynn, the previous RNC fundraising chairman, stepped down over the weekend after a report from the Wall Street Journal that he had pressured a manicurist who worked at his Las Vegas hotel to have sex with him, which was part of a "decades-long pattern" of sexual indiscretions.

Wynn, a close friend of Trump's, has denied the allegations.