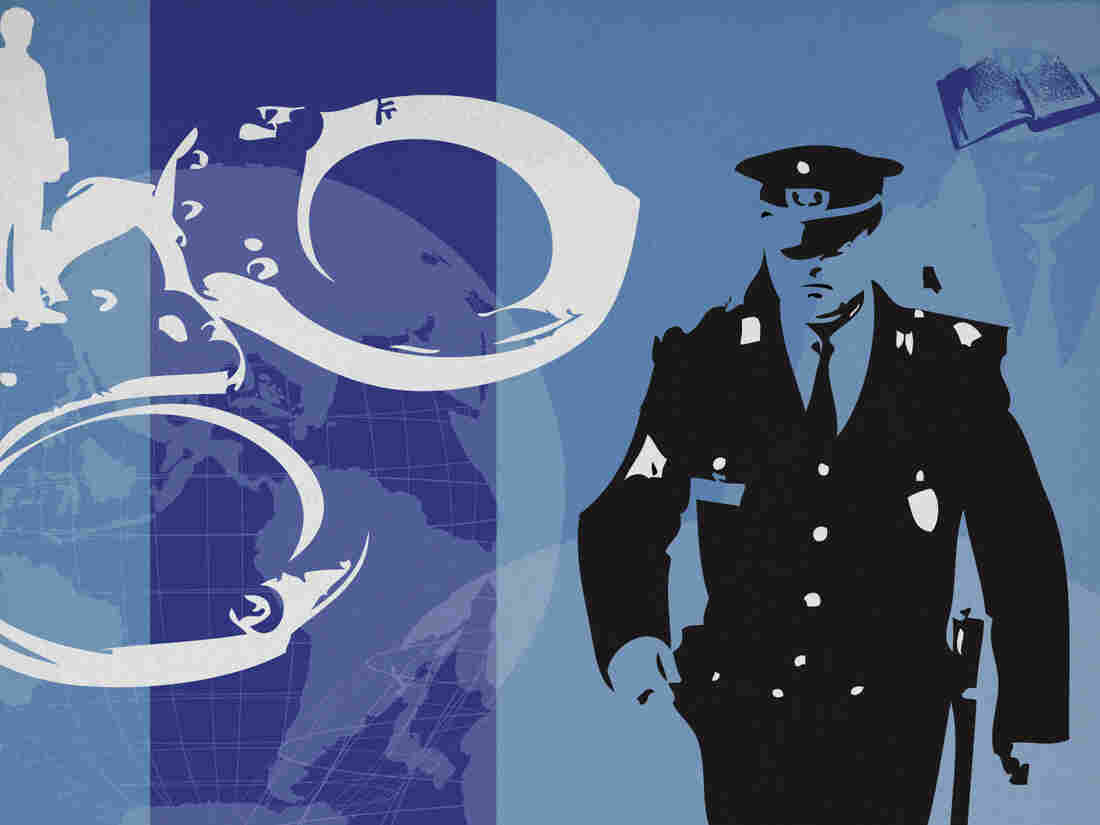 A report from the Human Rights Watch makes the case that federal law enforcers, police and local prosecutors are concealing the origins of evidence and intelligence in scores of criminal cases, especially drug arrests. Fantastic Studio/Getty Images hide caption 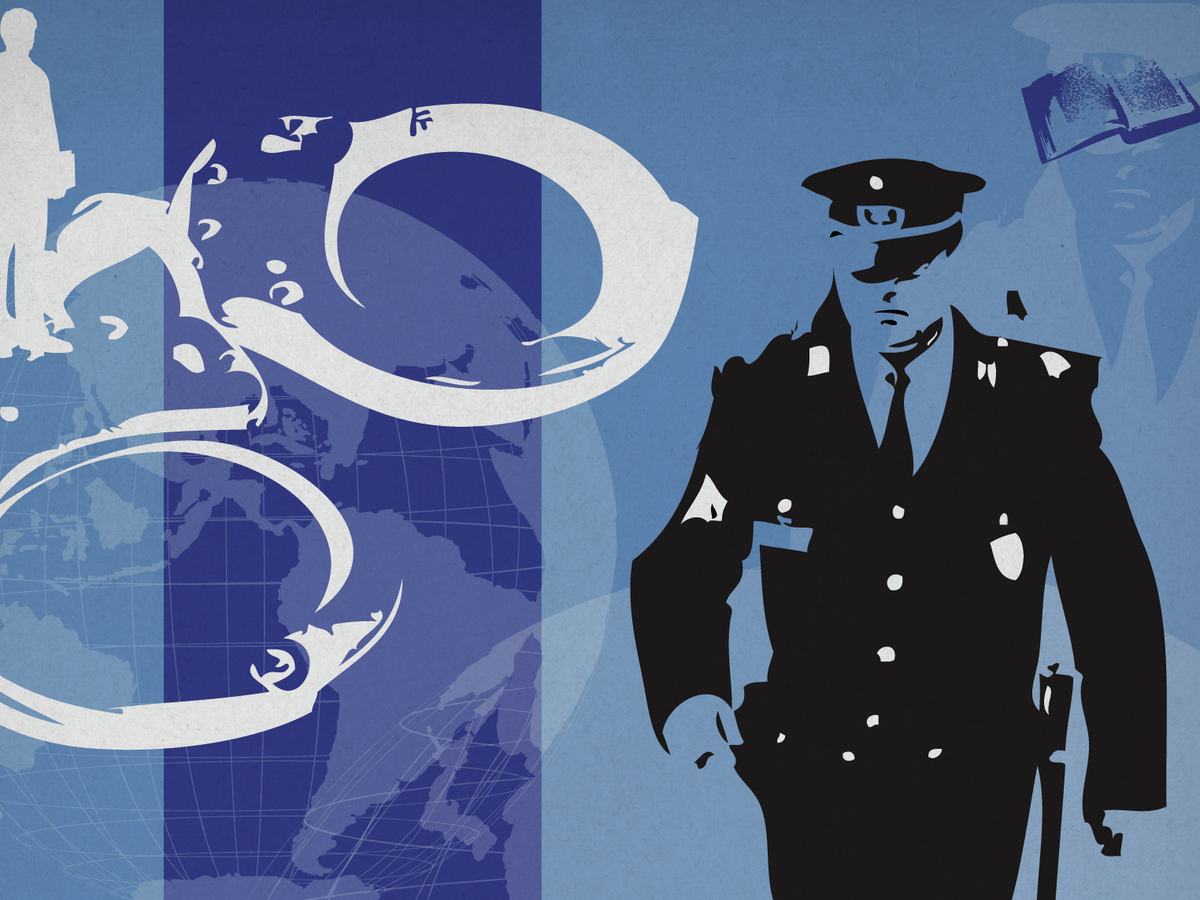 A report from the Human Rights Watch makes the case that federal law enforcers, police and local prosecutors are concealing the origins of evidence and intelligence in scores of criminal cases, especially drug arrests.

Branches of America's federal law enforcement and intelligence services may be secretly helping state and local police arrest suspects every day in ways that raise fundamental questions about defendants' civil and due process rights, according to a recent Human Rights Watch report.

The report makes the case that federal law enforcers, police and local prosecutors are concealing the origins of evidence and intelligence in scores of criminal cases, especially drug arrests. The intelligence may include National Security Agency mass surveillance programs, wiretaps, computer and phone surveillance, and physical surveillance.

Defendants, the report says, often have no idea about the underlying investigative tactics and constitutionally dubious methods, including warrantless searches, that may have been used in gathering evidence against them.

"You could have interactions between the prosecution and the intelligence community that are preventing this stuff from coming to light," St. Vincent says. "People may be imprisoned without ever knowing enough to challenge the potentially rights-violating origins of the cases against them.".

That is because police and prosecutors routinely create alternative or parallel stories for how they discovered the information to hide the intelligence-gathering techniques from wider courtroom or legal scrutiny. This concealment practice, known as "parallel construction," most often involves traffic stops and car searches.

Civil libertarians won a potentially important victory on the issue this week when the 9th Circuit Court of Appeals ruled the government will need to reveal more via the Freedom of Information Act about location-tracking surveillance technology used in criminal investigations.

In a statement, the American Civil Liberties Union of Northern California, which filed the suit, called the ruling "a victory for democratic accountability and government transparency" because it "prevents the government from cloaking its surveillance policies in secrecy simply because they were written by lawyers or because they implicate potential criminal prosecutions. The public now has a right to know basic information about some of the government's surveillance techniques."

The report identified several agencies — including the FBI; the Bureau of Alcohol, Tobacco, Firearms and Explosives; and U.S. Immigration and Customs Enforcement — that often secretly feed information to local law enforcement.

But the report singles out the Drug Enforcement Administration as the most active in helping to mask the origins of evidence by tipping off police to vehicle searches, traffic enforcement that police call "whisper" or "wall" stops.

"Under this practice, a law enforcement or intelligence agency, possibly using information obtained by various forms of surveillance, asks state or local police to find a pretext — often a minor traffic violation — to stop a suspect and then develop a reason to search their vehicle," the report says.

The rights group says most defendants and their attorneys often have no idea and would find it difficult to prove that the government is using evidence gathering like parallel construction.

"Taken to its worst logical conclusion, parallel construction risks creating a country in which people and communities are perpetually vulnerable to investigations based on prejudice, vast illegal operations or official misconduct, but have no means of learning about these problems and holding agents to account," the report says.

Parallel construction and the wider debate over its legality is not new. And the report concedes it's not clear how widespread the practice is. But the rights group believes such tactics are used far more often than the public is aware.

"We have sources on the record saying that there's a unit within the DEA called the Special Operations Division that is distributing tips (to local police) that lead to investigations or prosecutions daily," St. Vincent says. "We don't know what they might be doing that they're not disclosing. Even the things that they do admit to doing could potentially be used to hide something else. It's really hard to say how many layers there are in this onion."

A spokesman for the DEA did not respond to several requests for comment on the Human Rights Watch report. ICE and the FBI also declined to comment on the report.

The report is based on court records from 95 federal and state criminal cases; two dozen interviews with defense attorneys, current and former US officials, and other people with specialized knowledge about the potential deliberate concealment of evidence; and analyses of executive branch documents.

The report says a former federal prosecutor told Human Rights Watch that he was occasionally troubled by the pretexual car stops and searches, but at day's end, they were justified. "Does it bother me a little? Yeah," the former prosecutor told the group on the condition of anonymity. "But if it's gonna stop 100 keys [kilograms of drugs] from getting on the street, it's OK by me. I didn't make the rules. I just play by them."

The group's report echoes concerns raised, as we've reported, on government and local police use of what are called stingray devices. This phone surveillance technology can mimic a wireless carrier cell tower to capture cellphone information, including a suspect's precise location, records of outgoing and incoming calls and text messages and, if need be, to listen in on a call. A judge last year fined the city of Tacoma, Wash., for violating the Public Records Act by hiding details of its stingray cellphone surveillance equipment.

As far as many defendants know, their case started with a broken tail light or improperly tinted windows. It's only if the government later decides to reveal its underlying source — which it almost never does — that the defense can challenge whether the car stop was done constitutionally. Otherwise, a defendant may never know.

Federal and state agencies believe parallel construction is legal in most cases.

But the report says that assessment is based on government lawyers' own interpretations of cases relating to what is called the "fruit of the poisonous tree" doctrine, in which a judge bars the prosecution from introducing evidence the government obtained through illegal activities. In essence, the government may be concealing certain investigative activities based on its own determination that it's not tainted by unlawful conduct.

"The problem we have here is that we apparently have the government deciding for itself what counts as a genuinely independent source of information or what constitutes inevitable discovery," St. Vincent says. "Covering up how evidence was originally found deliberately hoodwinks defendants and judges, severely weakening constitutional fair trial rights," St. Vincent says.

St. Vincent argues that it's up to judges and defense attorneys to challenge the origins and details of evidence and push back against stonewalling. In the case of "whisper"or pretext traffic stops, she says, we need to ask, "Why was the officer there? Why was the car stopped and under what circumstances?"

She hopes defense attorneys can use the report to tell judges "my concerns are real. The government does engage in this practice. I would like to get some information out of the prosecution."

"It's really on everyone — including prosecutors — to be asking how agents got the evidence," St. Vincent says. "Everyone in this process needs to be taking a really good, clear, skeptical look at what might have been done at the root of the case."