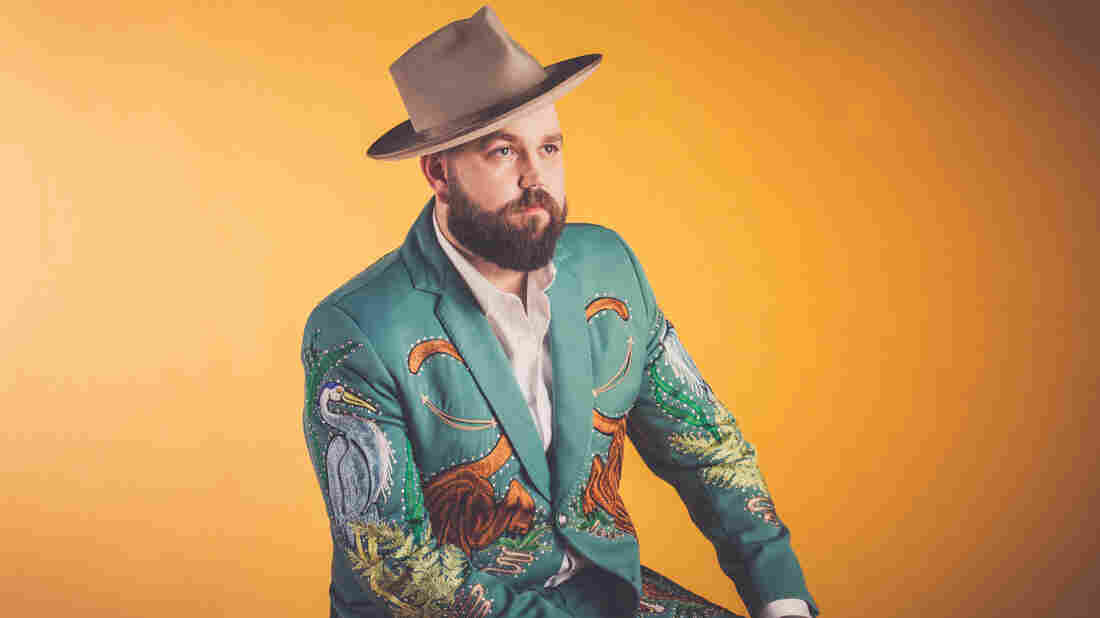 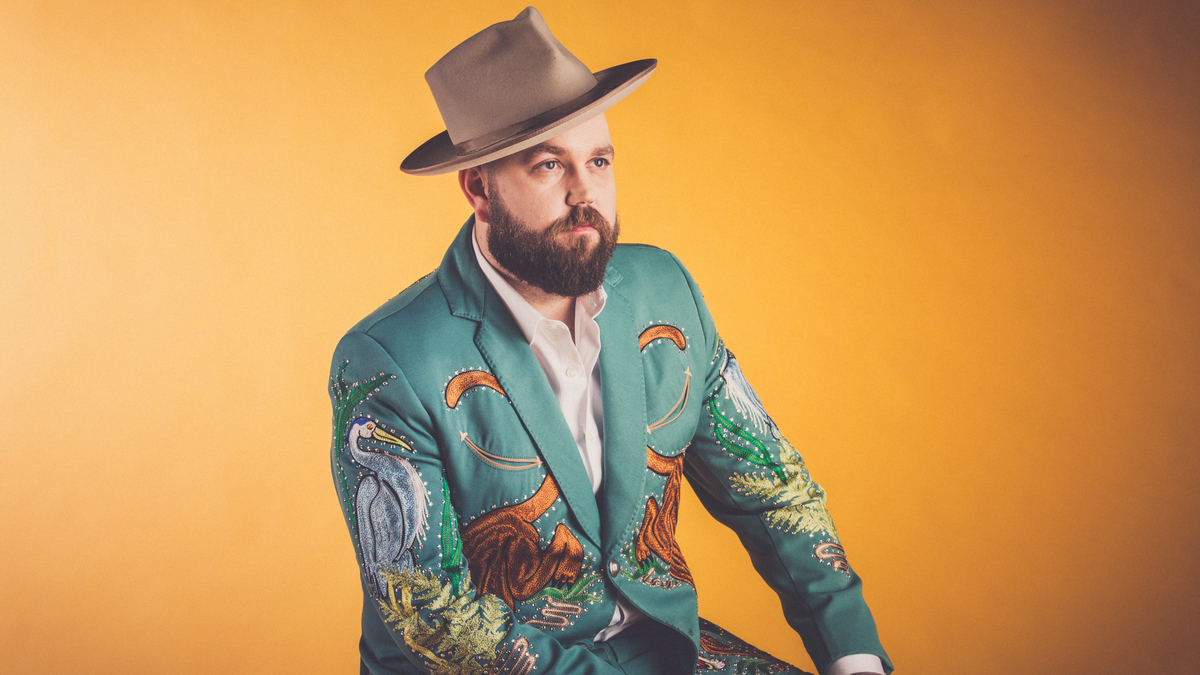 Nashville's as hot as a vinyl biscuit these days, both as a mecca for young musicians and a tourist destination. Even as a relatively new resident, I'm always doling out tips to visitors eager to find the heart and soul of Music City. It's a complicated quest because in Nashville deep authenticity and surface flash are inseparable: it's a place dedicated to creating the perfect good time, a dream fueled by bourbon, hot chicken and twang, clichés that turn into sacraments on the tongue and in the ears. Tourists stumble from Jimmy Buffet's Margaritaville right into Robert's Western World; a future country star could be playing in the chain establishment or the beloved real watering hole. Robert's, though, is where most players go when their sets are over and they want to eat a bologna sandwich and marvel at each other's skills. And often, Joshua Hedley will be leading the band.

Hedley started his musical career as a Florida grade schooler, a dazzling novelty who jammed with players five times his age. By 19, he'd relocated to Nashville and started sneaking into Robert's Western World, eventually he became a regular bandleader. Hedley was soon touring with Americana music luminaries like Justin Townes Earle and Jonny Fritz — all the while he continued his own informal education of mastering the canon of country's glorious 1960s apex, the better to earn tips at Robert's. When he began writing and singing in a voice sent down by an Eddy Arnold-loving angel, he found that he could use the well-worn tropes of the Nashville Sound in deeply personal, convincing ways.

Hedley is a highly respected figure in the community that's also nurtured Margo Price, Andrew Combs and the band Steelism. The first country artist to sign to Jack White's Third Man Records since Price's rise to fame, Hedley is driven by a similar goal: to make music that honors tradition in a personal and heartfelt way. The title track from his forthcoming album Mr. Jukebox is a case in point: its references mine both country history (the last verse name-checks the 1953 Webb Pierce tearjerker "There Stands the Glass") and Hedley's own experience singing for barflies who play out their own dramas to his soundtrack. Mr. Jukebox is, in fact, Hedley's actual nickname – name a tune, he can play it.

Hedley recently answered a few questions via email about his sentimental education in the Nashville Sound.

Ann Powers: You started playing fiddle at eight years old and have a lot of experience playing as a sideman here in Nashville. How does playing the fiddle relate to singing for you? Does the way you do one influence the way you do the other?

Joshua Hedley: I'm not sure if one influences the other stylistically in a way that I or anyone else would notice, but I can tell you that starting on an instrument like fiddle was hugely influential on my ability to hear melody/harmony lines, which translates to the way I sing, especially in singing harmony. It's possible learning how to play double stops (two strings at once in harmony) at such a young age made me able to hear intervals between notes and made it easier to translate that into stacking harmonies vocally. I'd definitely say the ear training I received as a child through learning the fiddle made me a better singer.

What lessons have you learned from being an instrumentalist in others' bands that you're now bringing to your solo material?

Getting to watch the artist and see how they interact and address the crowd is probably the biggest thing I learned as a sideman. Everyone has their own style, but the common thread in all of it is just being yourself. Jonny [Fritz] and Justin [Townes Earle] had totally different approaches when it came to speaking to the crowd, but both of them were just being themselves; talking to the audience the same way they would talk to you or I in a social setting.That was a big one. I also learned it's a lot easier being a hired gun than an artist! Of course, working with great writers like Justin and Jonny, I naturally picked up some little tips along the way, but the bulk of my writing style comes directly from studying the classics for as long as I have.

You've also played for years in Robert's on Lower Broadway and at other honky-tonks around town. The goal for a performer in those kinds of venues is to get people to dance, or at least to notice you when they're in there drinking and carousing. How does the honky-tonk environment season a honky-tonk singer like yourself?

The way I look at it is it's my job to keep people buying booze, and if you keep them dancing you keep them thirsty. I've been playing in bars and clubs since I was 10 years old and I used to get pretty bummed out when people weren't paying attention. Honestly, it does get to be kind of discouraging when you play a song and nobody claps or anything, but I got to thinking, 'This is my job, this is what I do for a living, most people don't get a round of applause at their job. I should be happy people are even here at all.' It's important to keep that in mind when that ego starts to get a little pumped up. I get paid to do something fun. Not a lot of people can say that. And really, that's all I care about anymore: getting up there and having a good time. Getting to share a stage with a band full of world class musicians every Monday night is a gift and I'm gonna keep doing it as often as I can for as long as they'll let me. It keeps me happy and it keeps my chops up.

You've said that country music was perfected in 1965. I'm assuming you didn't pick that year randomly (although Dolly Parton didn't release her first album until 1967, so I'm gonna have to argue with you!). What made the mid-1960s such a rich time for Nashville music-makers, as you hear it?

That statement was a bit hyperbolic. Honestly, it's just my favorite era. Country music seems to change every 10 years or so and that Nashville Sound being pioneered by guys like Chet Atkins, Owen Bradley and Billy Sherrill just really speaks to me. But there are things I like about all eras of country music from Jimmie Rodgers to Ronnie Milsap. And my favorites change all the time, I just seem to be firmly planted in the Nashville Sound lately.

Right now in Nashville, there are many different younger artists exploring different strains of "classic" country — really, country from that mid-1960s period. You've worked with Steelism, for example, and now you're on a label with Margo Price. There's also Andrew Combs and Erin Rae, both mining sounds and styles from a similar period. How has being part of a community exploring this stuff, and being in a city where music history is highly respected, helped make you who you are as an artist?

I just feel really blessed and proud to be among a group of people I consider friends who are all doing big things right now. It seems like we've all been friends for so long and we've all worked our asses off and now we're all coming up together and it rules. On a personal level, it's so important to me to be here in Nashville doing what I do. I feel connected to history being here. So many of my personal heroes who inspired this record came up here, and so many of them took a similar route to get here. Jack Greene was a sideman for Ernest Tubb, Johnny Paycheck played bass for George Jones, Willie Nelson played for Ray Price; taking a similar route to a solo career in the same city makes me feel closer to them. That closeness combined with the support of my friends and family is what inspired and motivated me to make this record.