Accessibility links
Groundhog Day: Punxsutawney Phil Predicts 6 More Weeks Of Winter Alas, the world-famous woodchuck saw his shadow. NPR got rare personal access to the world's most famous groundhog and his inner circle as he and his handlers prepared for their big day. 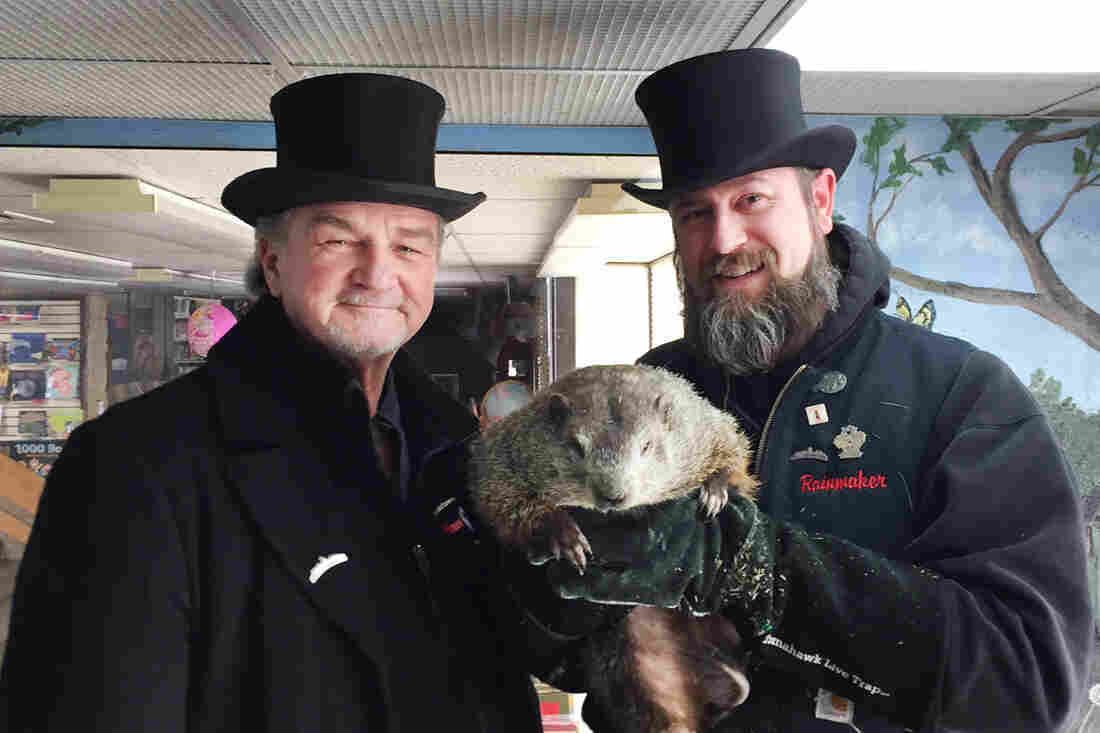 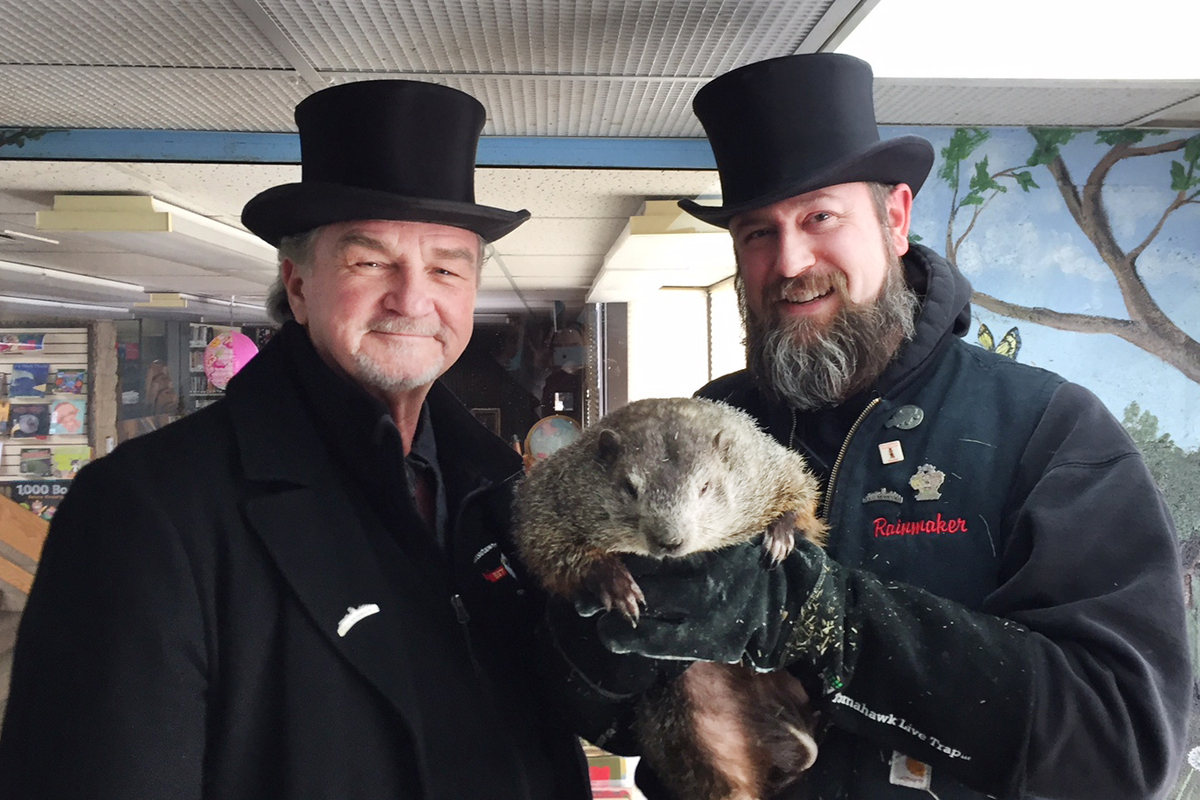 We're in for six more weeks of winter, at least if you take your meteorological cues from a woodchuck.

According to his handlers, Punxsutawney Phil has seen his shadow.

Phil, the world's most famous groundhog, lives a pretty charmed life. He and his groundhog wife, Phyllis, reside in their own zoo at the town library in Punsxutawney, Pa., where visitors can peer at them through an outside window. The groundhogs dine on hand-chopped produce and nap on a bed of soft hay.

For most of the year, Phil is mainly a local attraction. But every February 2, the groundhog and his handlers - known as the "Inner Circle" - have their day. Thousands of people travel to Punsxutawney annually to witness Phil's Groundhog Day weather forecast. If he sees his shadow, it means six more weeks of winter. If not, we're in for an early spring.

John Griffiths has been a member of Phil's Inner Circle for 20 years. His duties include everything from preparing the groundhog's lunch to handling him on the big day. But despite his long relationship with Phil, Griffiths says he does not get inside information on the groundhog's big prediction.

"Absolutely not!" Griffiths insists, scandalized at the question. "My gosh."

We tried to nudge Phil and Phyllis for a sneak preview about this year's forecast, but they only replied with a few sniffs of the microphone.

A.J. Dereume is a newer member of the Inner Circle. He says there are many pretenders, but Phil is the only real weather-forecasting groundhog in the world. So they like to recognize his stature by donning formal wear for his public appearances.

"As we consider him, he is the king of the animal kingdom," Dereume says. "We have to honor him, and we do that with the tuxedos and top hats."

Phil's Inner Circle insists the same groundhog has been making the prediction for more than 130 years. The secret? A special drink called the "elixir of life". One sip gives Phil another seven years. But what's in it? John Griffiths won't say.

"It's a secret that's been passed down from handler to handler for generations," he claims. 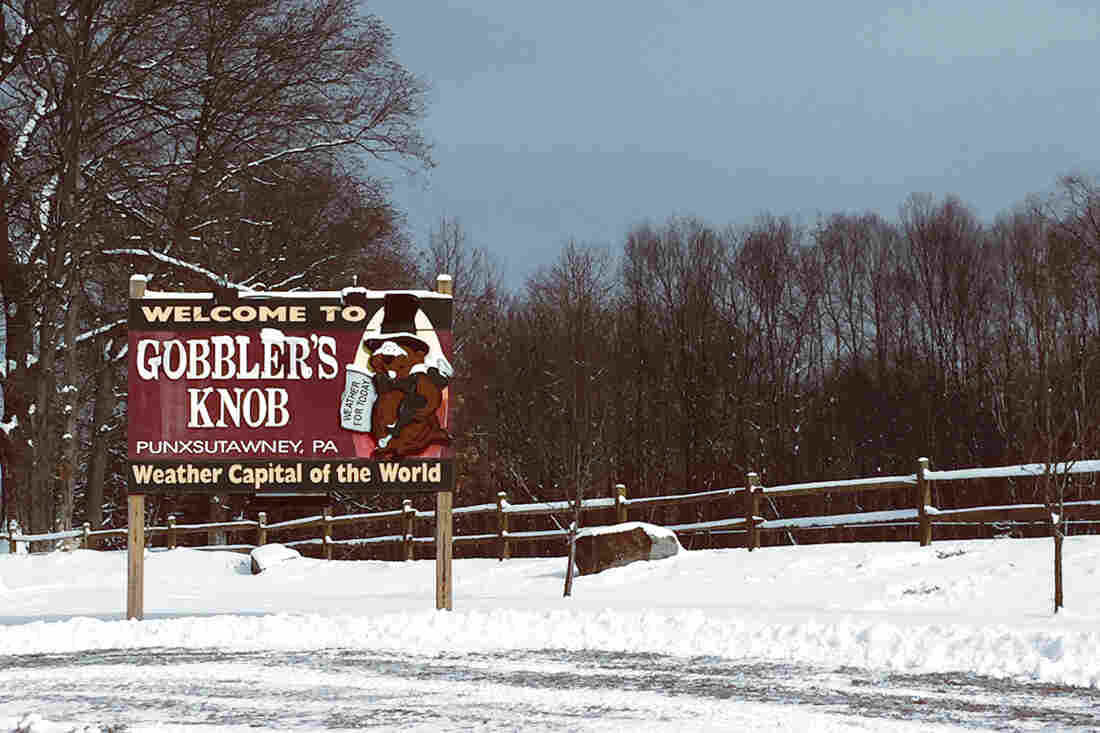 Gobbler's Knob, a clearing outside Punxsutawney, Pa., is the site of the annual Feb. 2 event, where Phil the groundhog predicts whether there will be an early spring or six more weeks of winter. Anne Danahy/WPSU hide caption 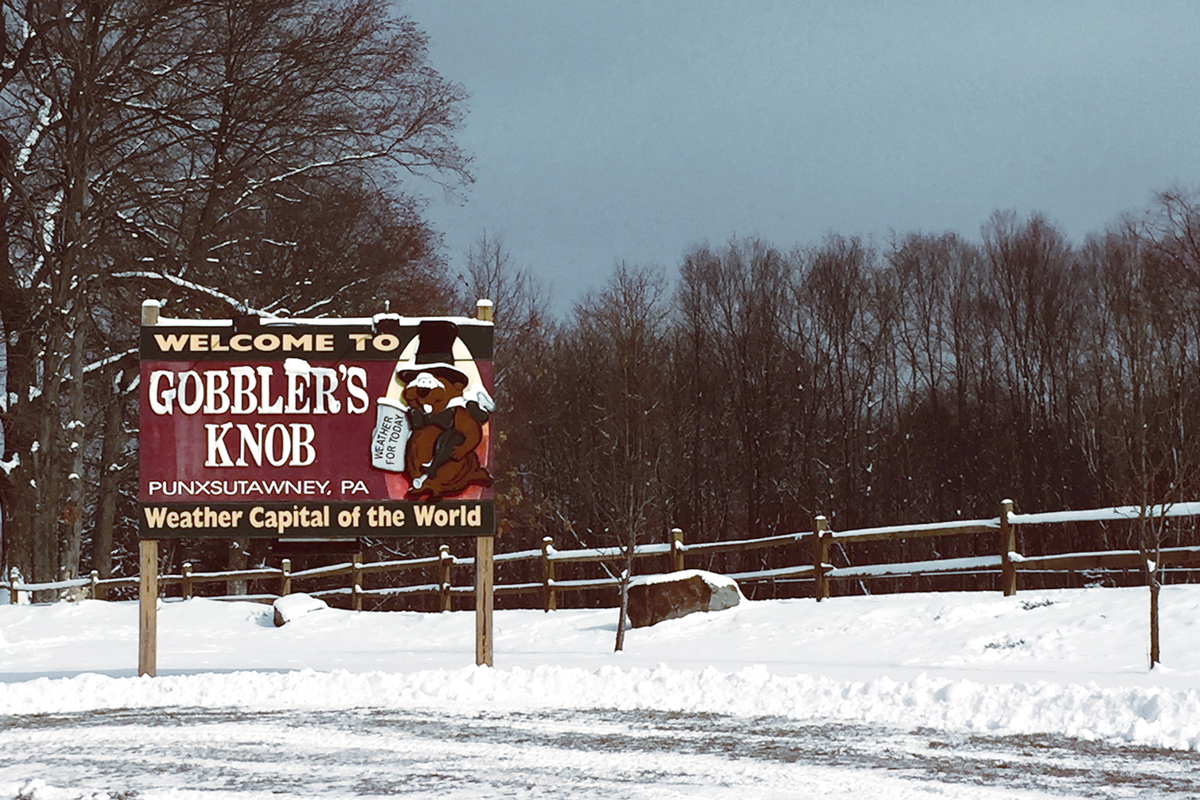 Gobbler's Knob, a clearing outside Punxsutawney, Pa., is the site of the annual Feb. 2 event, where Phil the groundhog predicts whether there will be an early spring or six more weeks of winter.

Another secret is how Phil gets from his home at the library to the big event at Gobbler's Knob, a clearing in the woods outside of town. Griffiths like to say Phil is taken by way of secret tunnels to throw off anyone who might be following them.

Groundhog Day: Bringing The Celebration Out Of The Shadows

The tunnels are...unconfirmed. But however Phil travels to Gobbler's Knob, after he arrives, he awaits his big moment inside a hollowed-out tree stump with a nameplate that says "PHIL".

At about 7:25 a.m., Bill Deeley, the president of the Inner Circle, taps on the door three times. Phil is brought out, and it's up to Deeley to decipher whether Phil has seen his shadow. Griffiths says a cane made from the wood of an acacia tree allows the Inner Circle president to translate Phil's forecast.

Griffiths says there's a common misunderstanding about how Phil communicates. "[Deeley] doesn't speak to Phil," he explains. "He interprets what Phil says, through a series of whistles and clicks and any kind of noise that he makes."

The prediction, Griffiths says, is right every time.