Accessibility links
Washington Awaits Devin Nunes' FISA Memo In Terra Incognita Republicans leaned forward. Democrats cried foul. And national security leaders warned that the capital might be about to cross a point of no return over a memo authored by Rep. Devin Nunes, R-Calif.

Washington Awaits Nunes Memo That Has Pushed It Into Terra Incognita

Washington Awaits Nunes Memo That Has Pushed It Into Terra Incognita 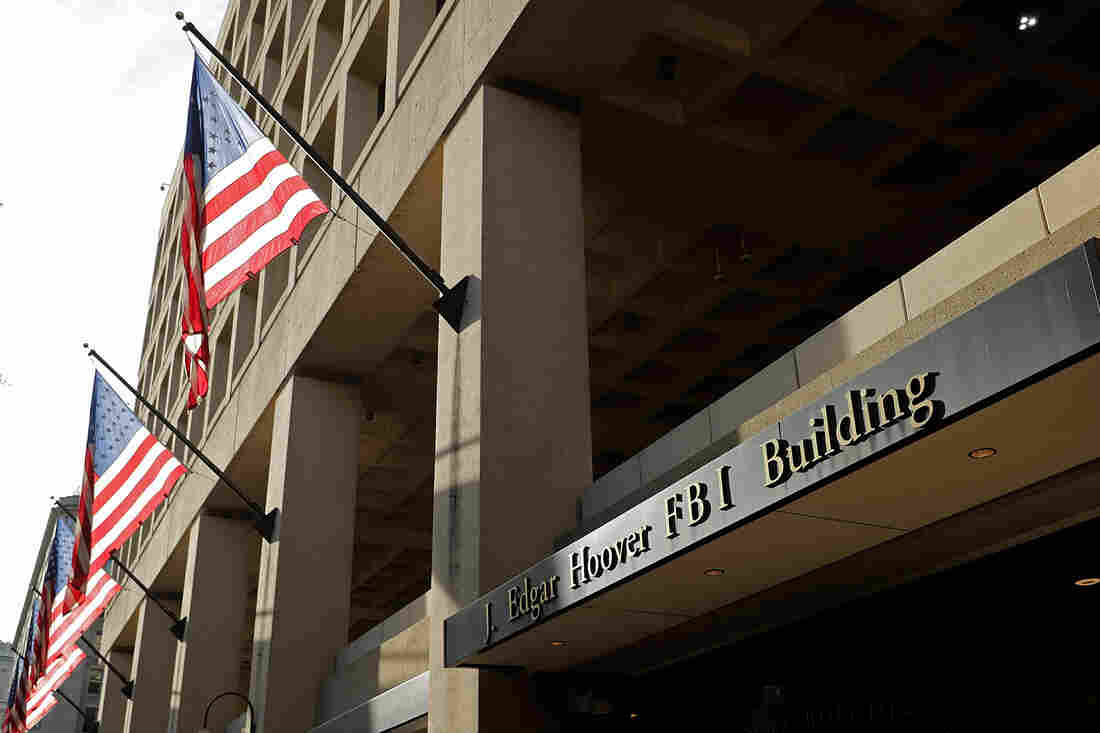 The Justice Department and the FBI — and the rest of Washington's national security community — are bracing for what could be a major change in their relationship with Congress. Chip Somodevilla/Getty Images hide caption 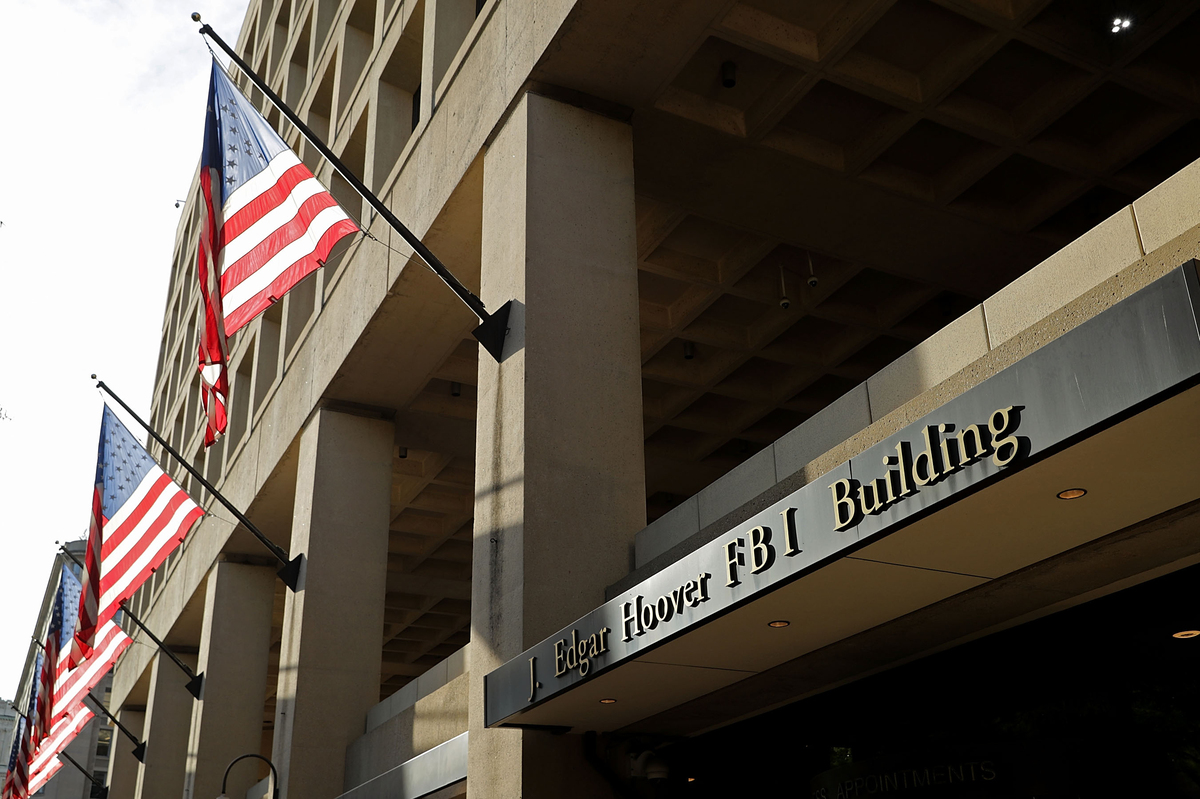 The Justice Department and the FBI — and the rest of Washington's national security community — are bracing for what could be a major change in their relationship with Congress.

The political hurricane that could bring about the release of a controversial memo on Friday has blown the American ship of state off the map.

Not only has a congressional committee seldom if ever released secrets "owned" by the executive branch. Not only has Washington, D.C., seldom seen a law-and-order party in power commit to such a sustained flogging of its own FBI and Justice Department.

But also people in the spy world warn that making public the Republicans' snooping memo, authored by Rep. Devin Nunes, R-Calif., could finally kill the already-poisoned relationship between Congress and the agencies it's supposed to oversee.

"It's a complete perversion of the intelligence oversight process," former CIA Deputy Director John McLaughlin told NPR on Thursday. The relationship between the committees on Capitol Hill and the spy agencies "has been unraveling for some years," he said, "and with this latest episode, it descends into fecklessness."

After President Richard Nixon resigned, the deal was supposed to be that Americans' elected representatives would take stronger control over the work and "products" of the FBI, CIA, National Security Agency and the rest of the alphabet soup now known as the intelligence community.

In exchange, McLaughlin said, the spy agencies got assurances they would be dealt with professionally and without partisanship.

Fast-forward to Friday, when Congress may release a secret document in which Nunes, chairman of the House Intelligence Committee, makes the case that a "biased" FBI and Justice Department abused their spying powers — also regulated by Congress after Watergate — to launch a scurrilous investigation into Donald Trump's 2016 presidential campaign and Russia.

Nunes and Republican leaders said the memo isn't about denigrating the FBI, Justice Department or any of their individual leaders.

"What this memo is: Congress doing its job and conducting legitimate oversight over a very unique law," said House Speaker Paul Ryan, R-Wis., Thursday alluding to the Foreign Intelligence Surveillance Act, or FISA.

"And if mistakes were made and if individuals did something wrong, then it is our job as the legislative branch of government to conduct oversight over the executive branch if abuses were made," he added.

The Justice Department and the FBI say that they haven't done anything wrong and that members of Congress know it. Instead, they argue, Nunes is using his privileged access to secret information to handpick points to make his case. The bureau says it has "grave concerns" about "material omissions of fact that fundamentally impact the memo's accuracy."

If Congress does discover abuses, there are procedures for dealing with them the right way, national security insiders say. And if America's top spies can't trust that the secrets they brief to the House and Senate intelligence committees will stay secret, they have a major incentive not to share them.

That is why critics argue Congress must not get into the business of using intelligence to fire shots at political opponents and are warning that Nunes and Republicans' tactical strategy of tarring the FBI and DOJ to raise doubts about the agencies' Russia investigation could have strategic implications down the line.

"I wouldn't want to release these memos for partisan advantage when we run the risk of exposing some sensitive sources or methods," Rep. Charlie Dent, R-Pa., said at the GOP congressional retreat on Thursday. "I wouldn't do it."

The road appears clear for the Nunes memo to come out, however, and that sparked all kinds of teeth-chattering in Washington, D.C.

How will the foreign governments that share intelligence with the United States react to the spectacle of Congress releasing a classified document about foreign intelligence practices? How might the leaders of the FBI and Justice Department respond?

Eyes were rolled at some of the scare headlines on TV about FBI Director Christopher Wray or Deputy Attorney General Rod Rosenstein resigning in protest.

All the same, those who have read the Nunes memo said it makes an incisive case against Rosenstein, which could mean he gets singled out next for a turn in the barrel over the waterfall.

House Speaker Ryan and Senate Majority Leader Mitch McConnell, R-Ky., have tried to put up some guardrails as Republicans have gone on offense in the latest phase of the Russia imbroglio. They've been careful to say they think the Nunes memo has nothing to do with special counsel Robert Mueller, that Mueller's work should continue and that Rosenstein also is doing a fine job. 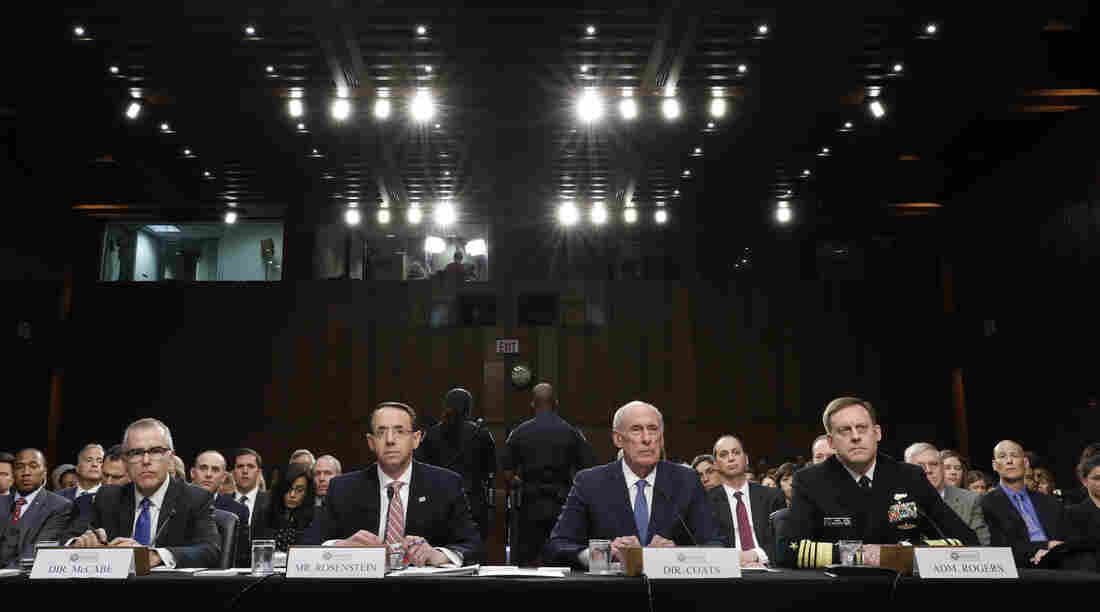 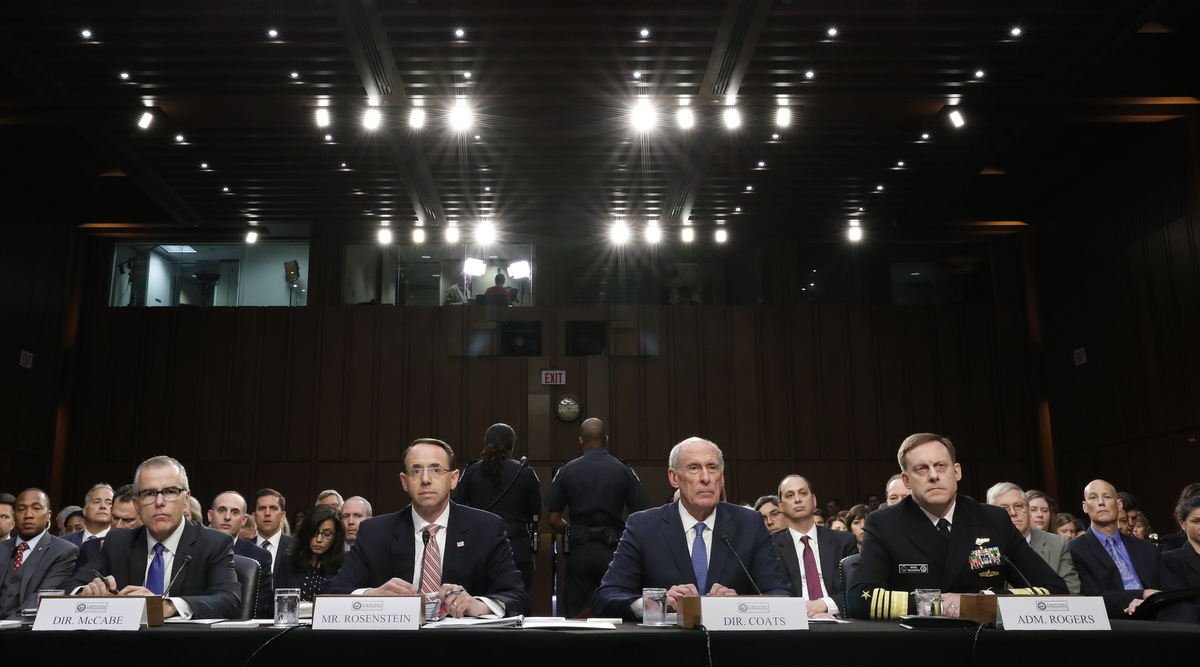 In short, the play is to go along with denigration of the feds and DOJ — but not more dismissals, following Trump's decision to fire FBI Director James Comey and his reported one-time attempt to fire Mueller.

But if the release of the memo leads to a Friday Night Massacre in which Wray and Rosenstein decide to jump on their own, the capital will have an even bigger storm on its hands than the one that has been raging over Nunes and his memo.

Other members of Congress who oversee the bureau and the Justice Department say that accountability at the leadership level is exactly the point here.

"The FBI is a premier law enforcement organization in the world," said Rep. Bob Goodlatte, R-Va., chairman of the House Judiciary Committee. "But there is a problem with several people in some of the highest levels in the bureau and that needs to be investigated, and the American people need to understand why."

No, said the former CIA boss McLaughlin, the leadership in the House has broken something that can't easily be fixed.

"Speaker Ryan is actually complicit in destroying intelligence oversight as it has been conducted in the best of times," McLaughlin said. "He's an ex officio member of these committees, the committees have the responsibility for protecting sources and methods, for doing this in a nonpartisan way, and if he really believed [in] that, if he really favored transparency, he would hold all of this up."

Because the process associated with the release of the memo is unprecedented, there were no clear guidelines about how or when exactly it might appear on Friday. A senior Republican on the House Intelligence Committee, Rep. Mike Conaway, told NPR that it would ultimately be published in the Congressional Record.

The House must convene for members to enter material into the record, and a pro forma session is scheduled for Friday afternoon. After all the turmoil, that could at last be the debut of the memo.

And it could bring another twist in the saga. Republicans used their majority on the House Intelligence Committee Monday to authorize the release of the Nunes memo — starting the clock on the process set to conclude on Friday — and to block the release of the rebuttal memo put together by the committee's Democrats.

But attorney Andrew Herman, a member of Washington, D.C., law firm Miller & Chevalier who has worked with Congress, wondered whether what's good for the goose might also be good for the gander.

"The Democrats' reaction to this is going to be fascinating," he said. "I'm sure there will be a strong temptation for them to get their own report out one way or another."

Herman cited the example of former Sen. Mark Gravel, D-Alaska, who in 1971 read the then-secret Pentagon Papers into the Congressional Record. Members of Congress are shielded from prosecution for releasing classified material when they do so on the floor of the House or Senate or via the record. So Herman said Schiff and Democrats could use that precedent and try to get their own rebuttal out on Friday, too.

"Go to the floor, read it and dare the committee or the House writ large to sanction you for that," Herman said. "Because that's the only sanction that a member could face."

As Washington and the nation wait to see what might happen, some people in the mix called for decorum and for cooler heads to prevail.

Members of the Senate Intelligence Committee said they weren't part of the memo madness: They haven't been permitted to read the Nunes memo, they aren't involved with its potential release, and they are continuing to do their own work.

Sen. James Lankford, R-Okla., also pointed out that Russia's ongoing campaign of active measures, which began in the 2016 presidential election cycle, continues even now. The reality that a foreign government continues to meddle within the United States is "a big issue," he said.

Even after the memo comes out, the Senate Intelligence Committee, at least, will aim to release a bipartisan report about the active measures and, Lankford said, try to go about its business as before.